A Film By Basil Dearden

Out Now on Blu-ray & DVD

London’s Docklands, the 1950s: two seamen step ashore from The Dunbar and into the POOL OF LONDON.

Dan MacDonald (Bonar Colleano: Dance Hall; The Man Inside) is a self assured and impetuous ladies’ man with a sideline in petty smuggling, whilst his friend and shadow, Jamaican Johnny Lambert (Earl Cameron CBE: Sapphire; Thunderball) is rather more shy and restrained.

Before their ship again vacates the docks, Dan becomes fatefully involved in a diamond heist and ends up framed for murder and Johnny falls in love with a white girl (Susan Shaw: Train of Events; It Always Rains on Sunday). 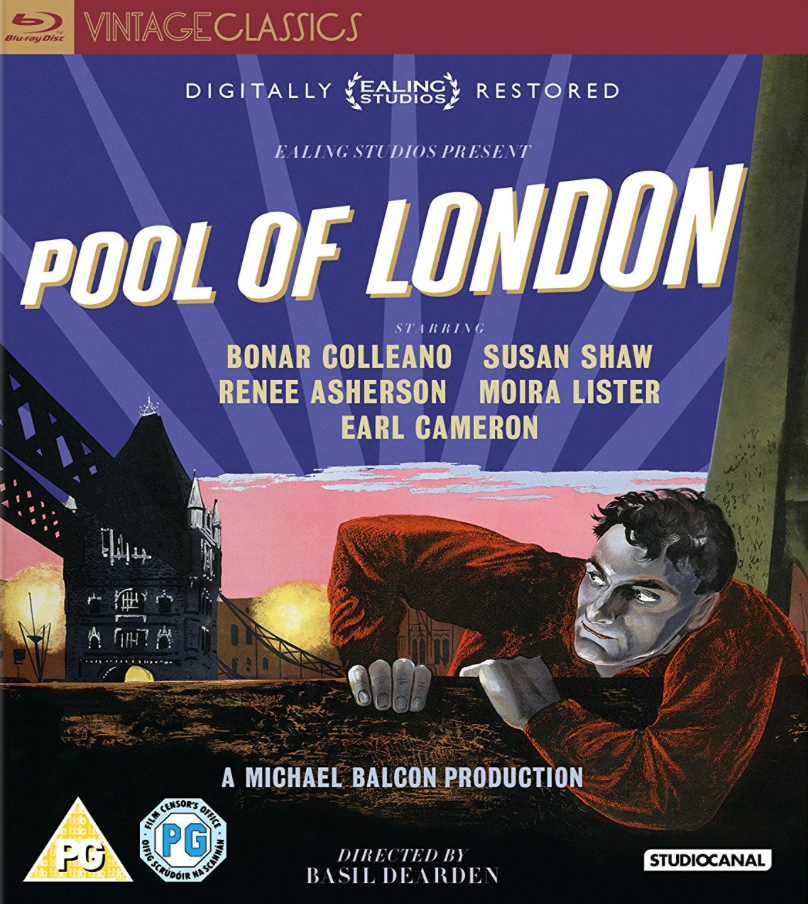 Directed by Basil Dearden (The Blue Lamp; Dead of Night), POOL OF LONDON was the first British-made film to depict an interracial relationship in the post- Windrush years.

Renée Asherson (The Cure for Love; The Magic Box) and Moira Lister (Another Shore; The Cruel Sea) also star alongside Colleano, Shaw and Cameron CBE, seen here in his acting debut and undoubtedly one of his finest on screen performances.

To celebrate, we have 2 x Blu-ray copies of the film to give away courtesy of our friends at Studiocanal.

To enter, fill out the following form with ‘London’ in the subject line, including your full name, address and contact number.