Eureka Entertainment to release QUEEN OF EARTH, Alex Ross Perry’s exploration of broken women starring Elisabeth Moss, Katherine Waterston and Patrick Fugit, in selected cinemas & VOD from 1 July 2016 and as part of the Masters of Cinema Series in a Dual Format (Blu-ray & DVD) edition on 11 July 2016.

Following on from his indie smash, Listen Up Philip, Alex Ross Perry returns with a much darker thrilling examination of a deeply complex relationship between two women at the extremities of misery. 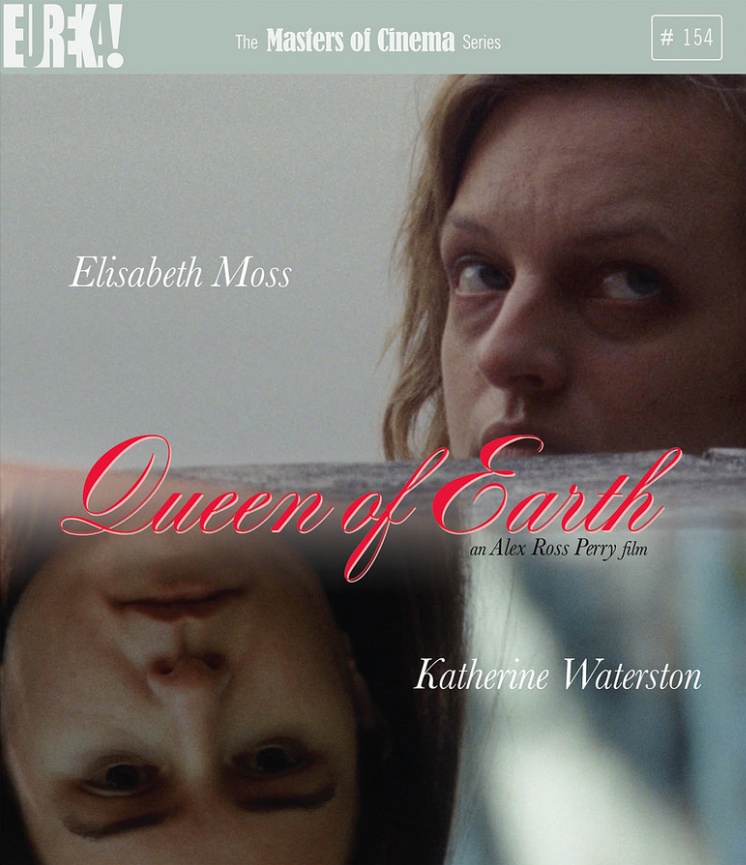 Catherine (Elisabeth Moss) has entered a particularly dark phase in her life: her father, a famous artist whose affairs she managed, has recently died, and on the heels of his death she’s dumped by her boyfriend James (Kentucker Audley). With relaxation and the idea of gathering her thoughts, Catherine heads to her friend Virginia’s (Katherine Waterston) lake house for some much needed rest. However, once Catherine arrives relaxation proves impossible to find, as she is overcome with memories of time spent at the same house with James the year before. As cracks in the relationship between the two women begin to appear, Catherine soon starts descending into a downward spiral of delusion and madness.

A bracing, eerie look at the deep bonds of friendship and the horrific effects of such bonds being frayed, Queen of Earth is an extremely dark study of the effects that the two women’s misery has upon their own relationship. Masters of Cinema are proud to present Alex Ross Perry’s latest feature in a special edition Dual Format.

The film stars Elisabeth Moss (Mad Men, Listen Up Philip, High Rise), Katherine Waterston (Inherent Vice, Steve Jobs) and Patrick Fugit (Gone Girl, Almost Famous & forthcoming TV Drama/Horror Outcast – from the same creator as The Walking Dead, one of the globe’s most watched shows – due to screen in the UK on Fox in June 2016).