SIDE SHOW to receive UK Premiere at Southwark Playhouse this October‏

FROM FRIDAY 21 OCTOBER TO SATURDAY 3 DECEMBER 2016

Broadway musical Side Show will receive its UK Premiere in a brand new production at Southwark Playhouse, opening on Wednesday 26 October with previews from Friday 21 October.

Inspired by the true story of conjoined twins Daisy and Violet Hilton, Side Show is a remarkable musical about love, acceptance and embracing the unique.

The Hilton Sisters make ends meet playing a headline act at a seedy side show, languishing under the rule of an oppressive ringmaster. But when spotted by a talent agent, they are thrust into the spotlight of the famed 1920’s Orpheum Circuit. They soon become the highest paid vaudeville stars of their time, but whilst Daisy relishes the spotlight, Violet wishes for a quiet life with a man she loves, and who loves her. Can they balance their individual dreams with their inescapable physical connection? Side Show is a heartwarming musical about the search for love and acceptance amidst the spectacle of fame. 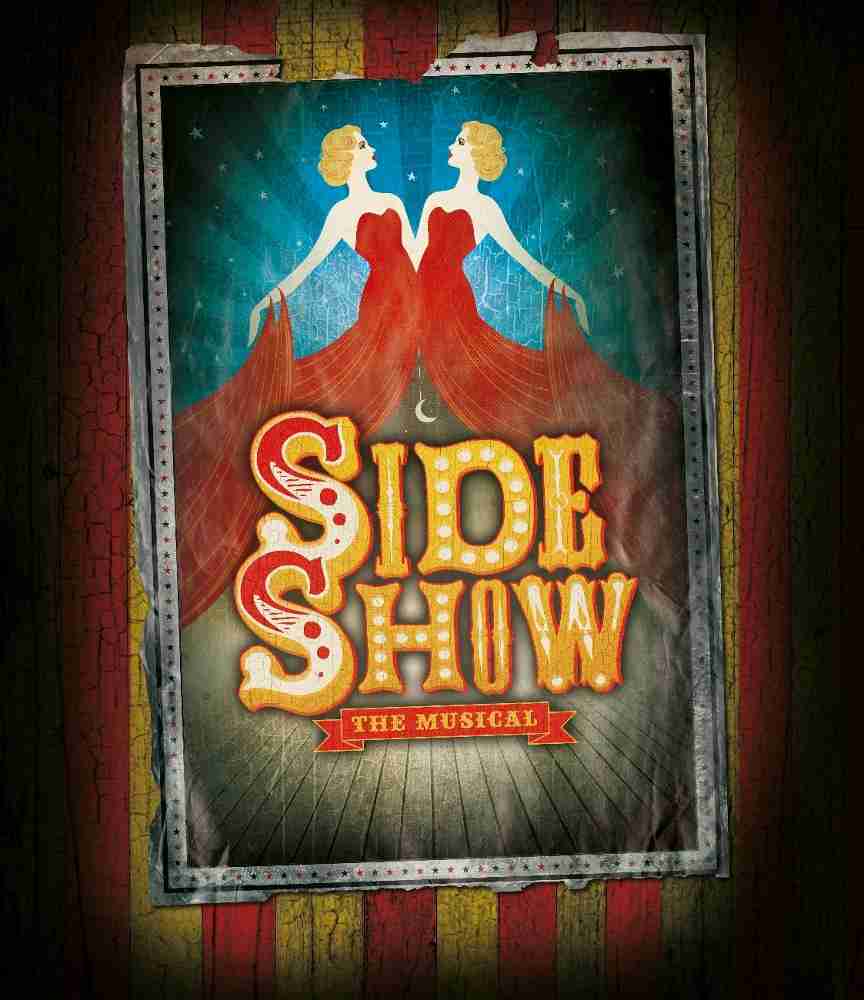 Side Show first opened on Broadway in 1997, where it was nominated for four Tony Awards; Best Musical, Best Score, Best Book and Best Performance by a Leading Actress in a Musical, the only time a nomination has been shared by two actresses; Alice Ripley and Emily Skinner.

Side Show features a score by Dreamgirls composer Henry Krieger, with both shows making their London debuts just weeks apart from each other when Dreamgirls opens in the West End in November. Krieger was nominated for Tony Awards for Best Score for Side Show and Dreamgirls, won a Grammy Award for the cast album of Dreamgirls, and received three Academy Award nominations for the additional songs he wrote for the 2006 film.

It has a Book and Lyrics by Bill Russell, who received a Tony Award nomination for Best Book, and shared the nomination for Best Score with Krieger. Russell’s other musicals include Elegies for Angels and Punks and Raging Queens. Additional Book material is by Bill Condon, who reworked Side Show for its 2014 Broadway revival. Condon is an Academy Award-winning screenwriter and director, best known for writing the screenplay for the 2002 film Chicago, and directing and writing the critically acclaimed films Gods and Monsters and Dreamgirls, for which he won a Golden Globe.

Side Show is presented by Paul Taylor-Mills, who returns to Southwark Playhouse following his acclaimed productions of In The Heights and Carrie: The Musical. In The Heights this week received four Olivier Award nominations including Best New Musical for its transfer to King’s Cross Theatre, whilst Carrie: The Musical last month won the WhatsOnStage Award for Best Off West End Production.

It will be directed by Hannah Chissick (Down the Dock Road, Royal Court Liverpool, Brass, NYMT, Marry Me a Little, St. James Studio). Casting is by Will Burton. Side Show has music by Henry Krieger and Book and Lyrics by Bill Russell, with additional Book material by Bill Condon.

Casting is to be announced.