by FRANCIS VEBER in an adaptation by SEAN FOLEY

The fifth production in the Plays at the Garrick season will play from 5 March until 30 April with press night on 17 March. 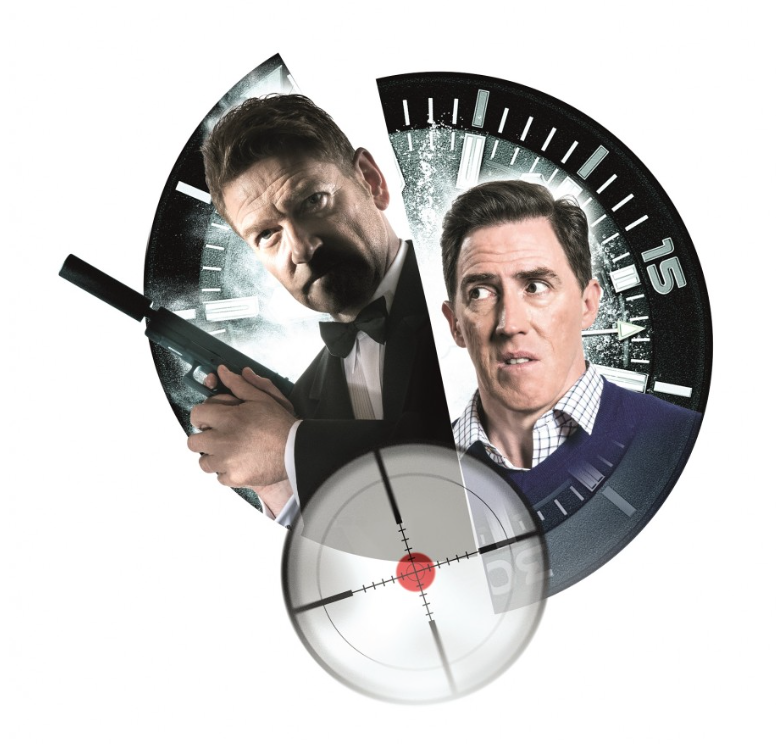 seaOne of them is a killer… one of them wants to die… What could possibly go wrong?

“The Painkiller proved to be a very funny evening in the theatre in its first incarnation at the Lyric Theatre, Belfast. I’m delighted to have the chance to further develop this comedy with the remarkable double act of Kenneth Branagh and Rob Brydon, who, together with the brilliant Mark Hadfield, were a joy to direct in the first production. I know that they are excited as I am to also be welcoming to our cast the extraordinary talents of Claudie Blakley, Marcus Fraser and Alex Macqueen, and we will all be working as hard as possible to bring this darkly hilarious farce to explosive life for London audiences.”

Mark Hadfield plays Vincent. He has previously appeared on stage in Matchbox Theatre (Hampstead Theatre), Made in Dagenham (Adelphi), Jeeves and Wooster in Perfect Nonsense (Duke of York’s), Singing in the Rain (Palace), Uncle Vanya  (Vaudeville), The Tempest (Bath Theatre Royal), The Painkiller (Lyric Theatre, Belfast), Jeffrey Bernard is Unwell (Bath Theatre Royal), The Two Gentlemen of Verona, The Talk of the City, The Seagull, Love’s Labour’s Lost, Hamlet, A Midsummer Night’s Dream and Twelfth Night (all Royal Shakespeare Company). In addition to his stage credits, Mark has appeared on television in From Cradle to the Grave, Trollied, Wallander, People Like Us, Doc Martin and Foyle’s War. His film credits include A Royal Night Out, Mary Shelley’s Frankenstein, In the Bleak Midwinter, Felicia’s Journey, A Cock and Bull Story and Hamlet.

Alex Macqueen plays Dent. Alex’s previous stage credits include Two Bears – A Response to Two Kings (Bush Theatre) and The Laws of War (Royal Court). He has previously appeared on screen in television in productions including Peaky Blinders, Together, Trying Again, Plebs, Black Mirror, This is England 88, Rock and Chips, Lewis, Come Fly With Me, Miranda, The Inbetweeners, The IT Crowd, The Thick of It, Lead Balloon, Pulling and Peep Show. In addition to his roles on television, Alex has also appeared on film in Slow West,  Youth, Cinderella, The Inbetweeners 2, One Chance, Dare to be Wild, Fear of Water, I Give It A Year, Gambit, Jack The Giant Slayer, Keeping Mum, The Inbetweeners, Anuvahood, Chalet Girl, Four Lions and In The Loop.

The Winter’s Tale, Harlequinade / All On Her Own, Red Velvet, The Painkiller, Romeo and Juliet and The Entertainer make up the inaugural seven-play season of work for the Kenneth Branagh Theatre Company. For more information and to buy theatre tickets for these productions please see www.branaghtheatre.com.

The Kenneth Branagh Theatre Company, in partnership with Picturehouse Entertainment, will broadcast three productions of its year-long Plays at the Garrick season live to cinemas worldwide. Romeo and Juliet will be broadcast live on 7 July and a date for The Entertainer will be confirmed soon. Participating cinemas and encore screening dates for The Winter’s Tale can be found at branaghtheatrelive.com.