The first season of Better Call Saul, the hit prequel to the award-winning Breaking Bad series, arrives on 9 November with standalone Blu-ray™ and DVD releases from Sony Pictures Home Entertainment, alongside a Blu-ray™ Steelbook, exclusive to Amazon.co.uk.

BETTER CALL SAUL: SEASON ONE contains all ten episodes in three-disc Blu-ray™ and DVD sets. The Blu-ray™ and DVD include cast & crew commentaries on every episode, a gag reel, music video, an inside look at the exhilarating first day of production and Creating the First Season where Co-Creators Vince Gilligan, Peter Gould as well as the cast and crew discuss the pressures of doing a prequel to Breaking Bad.  Exclusive to the Blu-ray™ is In Conversation: Bob Odenkirk & Michael McKean, a candid discussion between the two comedy legends about their careers, acting influences, and the challenges of grounding the McGill brothers’ complicated relationship. The Blu-ray™ also features Good Cop, Bad Cop: Becoming Mike which chronicles the production of the much talked about episode “Five-O” and Jonathan Banks’ portrayal of Mike, a cast & crew table read for the episode “Uno”, a hilarious in character commentary with Craig & Betsy Kettleman, Bob Odenkirk outtake footage with introductions by Peter Gould and Director Michelle MacLaren; deleted scenes with commentary by Gilligan, Gould and Thomas Schnauz and In the Studio, a look at the creation of the Junior Brown song, “Better Call Saul.” 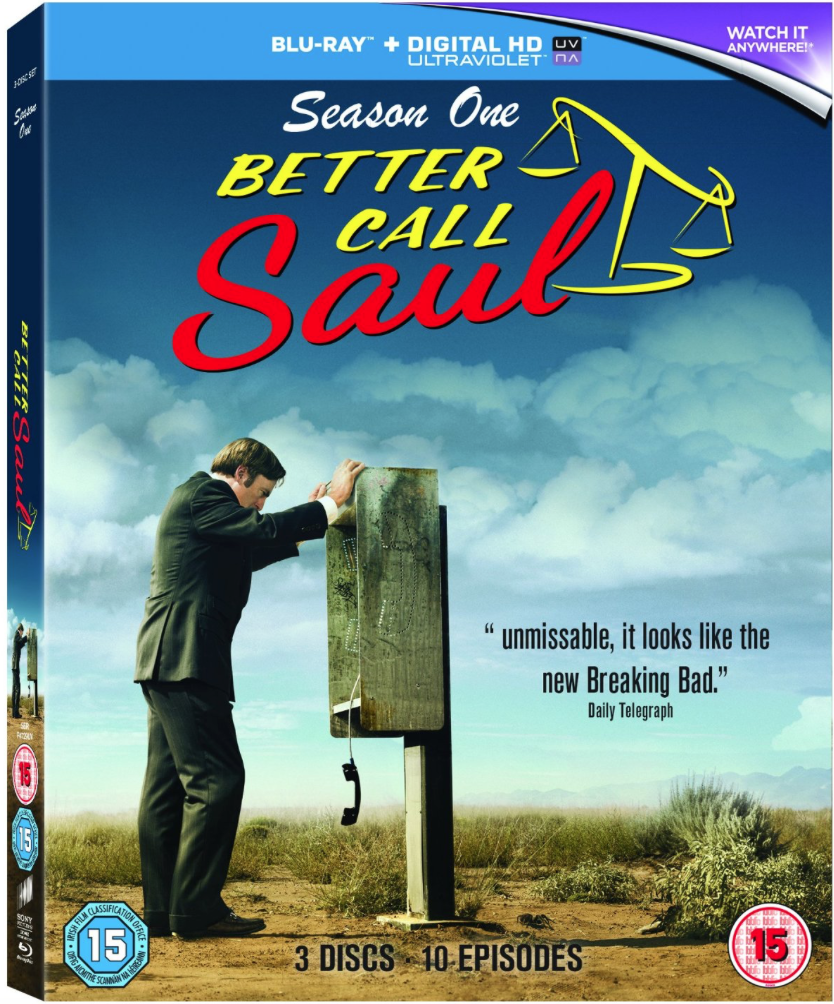 BETTER CALL SAUL is out now on Blu-ray™ and DVD from 9th November 2015.

To celebrate, we have 1 x Blu-ray copy of the film to give away courtesy of our friends at Sony Pictures Home Entertainment.

To enter, fill out the following form with ‘Saul’ in the subject line, including your full name, address and contact number.