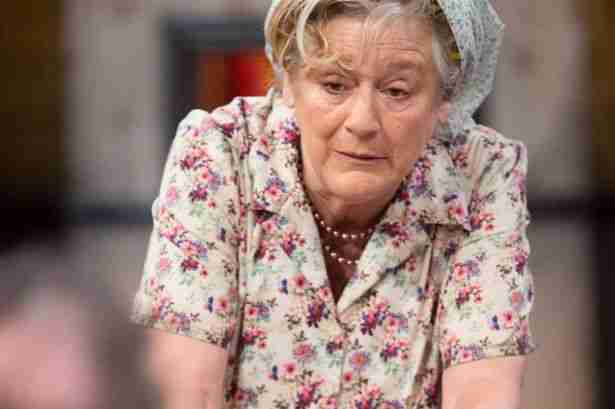 Met with a significant deal of hostility and negative criticism on its original London opening, the second full length play from the future Nobel Prize-winning Harold Pinter (which received its London première at the Lyric Hammersmith in May 1958), has subsequently gone on to be not only one of the author’s best known and best loved works, but also one of the most frequently performed.

That said however, though the Royal Exchange have assembled a truly superb ensemble cast for their latest revival of Pinter’s ambiguous and gently menacing drama, Blanche McIntyre’s slow-burning prodcution ultimately feels just ever so slightly too sluggish, and the piece never quite proves the unsettling, surrealist work that it can ultimately be.

“Stanley Webber is possibly a pianist who is lodging at Meg and Petey Boles’ seedy boarding house in an English seaside town, possibly on the South Coast. It is possibly Stanley’s birthday, although he’s adamant it’s not. When two sinister strangers, Goldberg and McCann, arrive to stay and demand a celebration, his birthday party turns into a nightmare.” 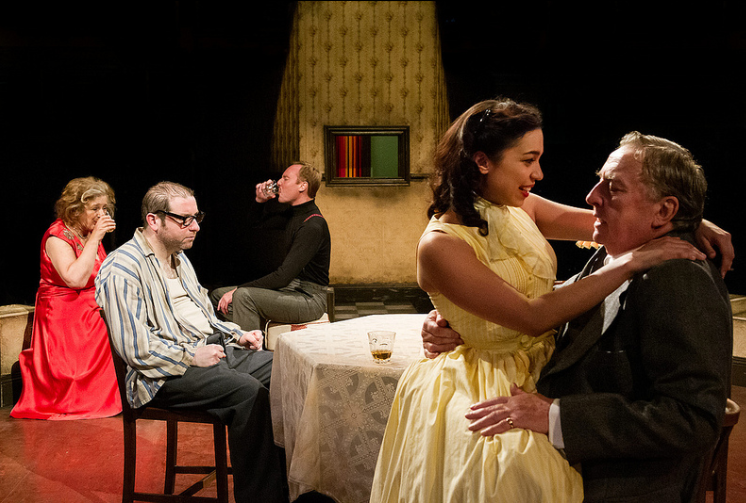 It is very difficult to pinpoint exact where the problems lie with this production as, taken individually, all the aspects seem to be in place, however, as a collective piece, the elements don’t quite seem to gel effectively, and something just feels missing.

Granted one never goes into Pinter expecting to hear the kind of rapid-fire dialogue you would find in a Michael Frayn or Ray Cooney farce, however, although the pacing is effectively snappy when it needs to be, the famous Pinter pauses are unsurprisingly utilised to the full (and perhaps drawn out too much), leaving large portions of silence and ultimately causing the piece to drag.

Nevertheless, on the whole this is a strong and very worthwhile production, and this particular staging is to be commended for exploring a different or perhaps more unique side of Pinter’s piece, unearthing the more subtle qualities of the text that can be often overlooked and drawing out a considerable amount of comedy from the most banal scenarios. 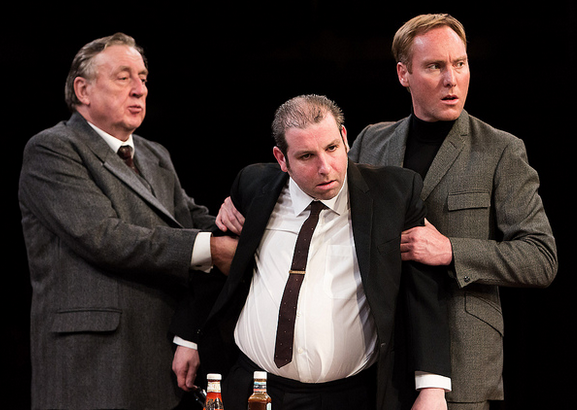 As previously mentioned, the six strong cast are all superb, delivering technically skilled and beautifully observed performances, with particularly outstanding performances from a pitch perfect Maggie Steed as the put-upon ‘landlady’ Meg and Desmond Barrit as the enigmatic and gently sinister Goldberg.

The claustrophobic and suitably dingy interior of the Boles’ rundown boarding is effectively established courtesy of Dick Bird’s set design (complete with kitchen hatch and elevating ceiling) and Malcolm Rippeth’s suitably atmospheric lighting design, engulfing the in-the-round setting and adding a further air of mystery and ambiguity to the piece.

Running Time: 2 hours and 20 minutes (including one interval of 20 minutes)

‘The Birthday Party’ runs at the Royal Exchange Theatre, Manchester until Saturday 6 July, 2013.