We take a closer look at the picture and audio quality of some recent 20th Century Fox Home Entertainment Blu-ray releases:

(Reviews will be updated and revised as necessary). 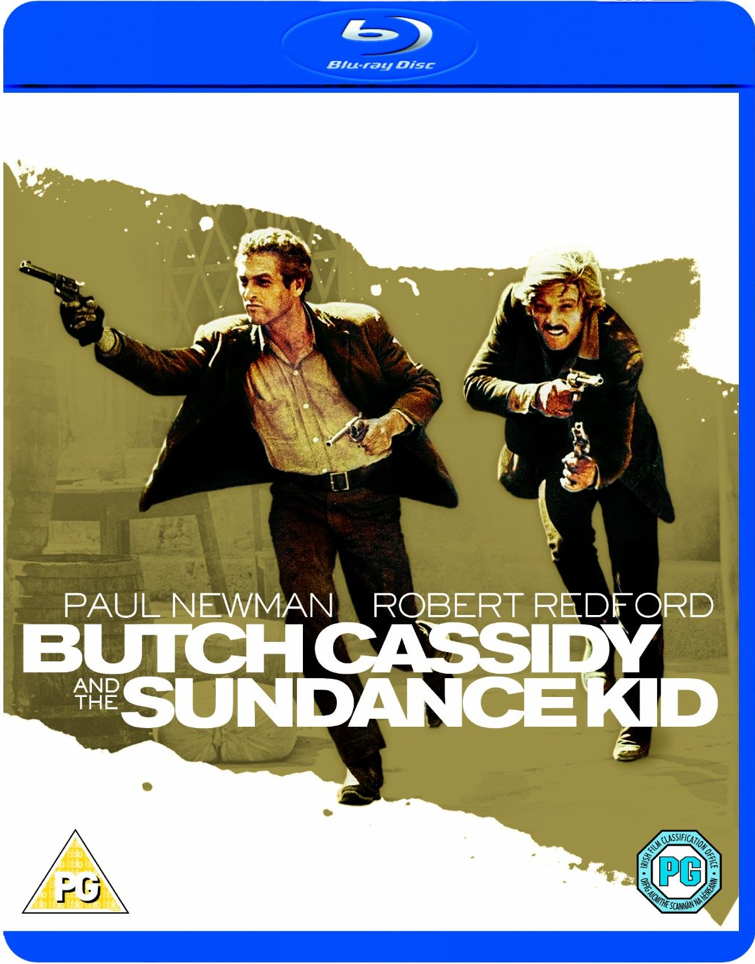 Butch Cassidy And The Sundance Kid

“Settle back with your favourite sidekick and enjoy Hollywood’s original buddy picture. Paul Newman and Robert Redford have never shined brighter in the roles that will forever identify them as the daring, debonair outlaws on the run–and head-over-heels in love with the same beautiful woman (Katharine Ross).”

Though it is pretty near impossible to render the combination of Conrad L. Hall’s stunning (intentionally soft-shot) Academy Award-winning cinematography and the rich, breathtaking vistas of the vast Wyoming landscape anything other than utterly bewitching, this MPEG-2 encoded 1080p High Definition presentation, presented in the original aspect ratio of 2.35:1, unfortunately does not deliver any where near the alluring results one might have hoped for, and ultimately does not improve a great deal on the standard DVD release of the film.

Colours are generally rich and nicely rendered, but never quite pop as much as they should, and don’t quite capture the alluring hues of the landscape. Levels of definition, sharpness, fine detail and resolution are sadly lacking, ultimately diminishing texture, image depth, and overall image clarity, and unfortunately not help by the fact that brightness and contrast levels have been noticeably increased, again detracting slightly from the inky blacks and deep blues of the night scenes.

There does appear to have been a significant amount of digital processing afforded to the transfer which does unfortunately take away any fine, natural grain structure and leave a slightly more waxy or more processed feeling image.

That said however, in comparison to the DVD release, this new blu-ray does ultimately prove much richer, more vibrant, and generally more absorbing, and perhaps most interestingly, delivers a slightly different feel to the overall image. Personal preference will undoubtedly decide this one!

Clearly taken from poor quality source material, the English 5.1 DTS-HD Master Audio mix again suffers slightly, and as the original mono recording has been used to create this new 5.1 DTS-HD surround mix, the results sound significantly digitised or processed, losing a good deal of fidelity and authenticity from the original audio design of the film.

Though the majority of the 5.1 surround mix is centred through the front mono channel (making one wonder why they did not just opt for a better restored Mono track), dialogue is generally very strong, clear and well-modulated, with loud effects such as gunshots and explosions sounding stronger and more dynamic than ever.

However, with the audio, it is ultimately composer Burt Bacharach’s gorgeous, sweeping score that suffers, and the rich, sumptuous swells of the string heavy orchestrations unfortunately sound flat and generally compressed, with Bacharach and lyricist Hal David’s glorious, Academy Award-winning song, ‘Raindrops Keep Falling On My Head’ appearing orchestrally rather lacklustre.

All of What Follows Is True: The Making of Butch Cassidy and the Sundance Kid Documentary

The Wild Bunch: The True Tale of Butch & Sundance Featurette

Slick, top quality performances from the great pairing of Paul Newman and Robert Redford; a sharp, intelligent and sarcasm-heavy Academy Award-winning screenplay from William Goldman; George Roy Hill’s superb Academy Award-nominated direction; and Burt Bacharach’s sumptuous, Academy Award-winning score perfectly combine to deliver one of the finest, most important, and most entertaining of all American films. However, the scenery and the overall visual quality of the film have always been two of the undeniable stars of the show, and sadly this new blu-ray release just does not quite do them justice.

That said, this is by no means a release that should be avoided, as, with regards to image and audio quality, as previously mentioned, there are some redeeming features to entice buyers, and in all honesty, the myriad blu-ray exclusive special features are worth the price alone!

Recommended for the more inquisitive viewer. 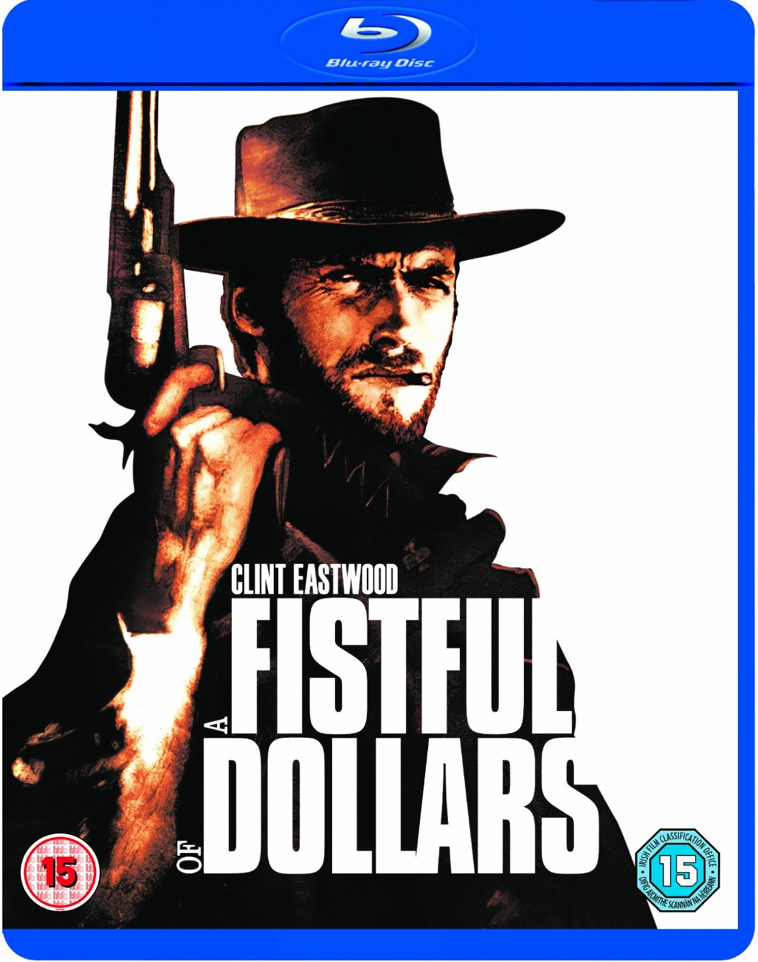 A Fistful of Dollars

“Oscar Winner Clint Eastwood blends a quiet steadiness with a palpable ferocity as the iconic gunslinger “The Man With No Name” in Sergio Leone’s gritty “spaghetti western.” When a steely blue-eyed mercenary arrives in a dusty border town where two rival bands of smugglers terrorize the impoverished citizens, he pits the gangs against each other in one of the most exhilarating frontier adventure films in cinema history. “

This MPEG-4 AVC encoded 1080p High Definition presentation, in the original aspect ratio of 2.35:1, is unfortunately not as crisp or as sharp as we have come to see with some other ‘classic’ blu-ray transfers (perhaps reflecting the source material and the budget limitations of the film), but nevertheless, the results are still impressive, and provide a significant upgrade from the standard DVD release.

The image does appear quite soft throughout, with a lack of fine detail, clarity and sharp resolution, and colours feel quite subdued and never quite pop like they should, however, thankfully there are no significant signs of any digital manipulation, DNR or edge enhancement, leaving a much more authentic, gritty, and filmic presentation, with a nice layer of fine natural surface grain and only a few minor instances of white speckling and age related wear and tear.

Negativities aside, in comparison to previously available DVD editions of the film, this is a significant and very worthwhile blu-ray upgrade.

Considering that the original barebones mono soundtrack has been expanded here into a 5.1 DTS-HD Master Audio surround mix, one might assume that the results would be pretty lacklustre, however, it is clear that a great deal of attention has gone into this audio restoration, and the results are surprisingly very strong indeed.

Dialogue is strong and clear, and Ennio Morricone’s iconic score is crisp, bright and well-balanced, however, the most striking feature on the  5.1 DTS-HD Master Audio mix is undoubtedly the wide dynamic range across the surround channels.

The captivating ambience of the ‘Wild West’ sweeps across the channels, loud effects such as gunshots and explosions sounds more clipped and all together more dynamic, and the sharp gallop of horse’s hooves ring out clearer than ever, adding a greater level of space and an overall more expansive or consuming quality to the piece (though there are a few occasions where the direction across the surround channels appears significantly inaccurate and really quite clumsy).

The original 2.0 mono soundtrack is of course included on the disc for the Spaghetti Western purists out there, however the  5.1 DTS-HD Master Audio surround mix is certainly the option to go for.

However, there is no escaping from the fact that, on both English audio mixes, the post-production audio dubbing remains as laughably poor as ever!

A New Kind of Hero

A Few Weeks in Spain: Clint Eastwood on the Experience of Making the Film

Not Ready for Primetime: Renowned filmmaker Monte Hellman discusses the television broadcast of A Fistful of Dollars

Location Comparisons: Then to Now 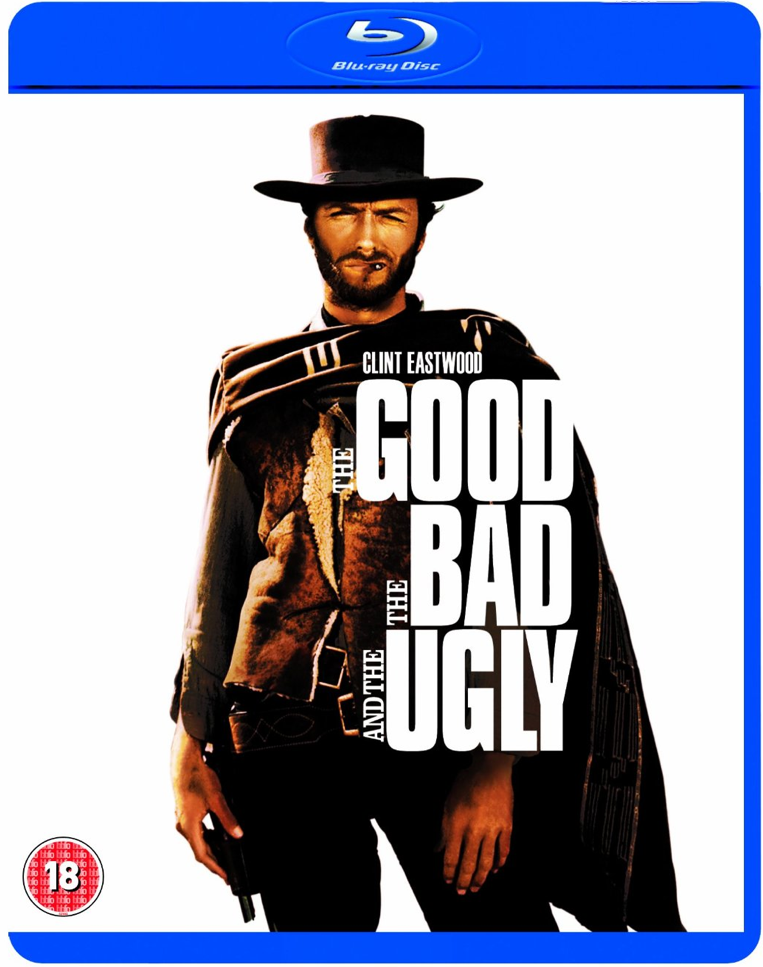 The Good, The Bad and The Ugly

“The inimitable “Man With No Name” (Clint Eastwood) teams with two gunslingers (Lee Van Cleef and Eli Wallach) to pursue a fortune in stolen gold. But teamwork doesn’t come naturally to the outlaws, and they soon discover that their greatest challenge is to stay alive in a country ravaged by war. Forging a vibrant and yet detached style of action never before seen and not matched since, ‘The Good, the Bad and the Ugly’ shatters the western mold in true Eastwood style.”

‘ blu-ray box-set, the audio is pretty much exactly the same as the standalone release of ‘A Fistful of Dollars’ as reviewed above, however it is the overall image quality that differs considerably.

As stated on the back cover, Leone’s searing 1966 western does indeed appear even grittier and gutsier on blu-ray, however, taken from a 2002 restoration (sourced from the original poorly conditioned, Techniscope, 35mm negatives), this MPEG-4 AVC encoded 1080p High Definition presentation, in the original aspect ratio of 2.35:1, displays a considerable amount of digital manipulation, DNR and edge enhancement, diminishing the original fine natural grain structure, and the original intended tone and look of the film.

That said however, though the overall sharpness and crisp clarity of the image suffers slightly, the rich hues of the ‘Wild West’ colour palette appear much stronger and striking, with the blues, greens and browns popping with a greater deal of vibrancy than previously seen.

See ‘A Fistful of Dollars’ audio review (above)

The Man Who Lost The Civil War

Reconstructing “The Good, The Bad and The Ugly”

Il Maestro: Ennio Morricone And “The Good, The Bad and The Ugly” 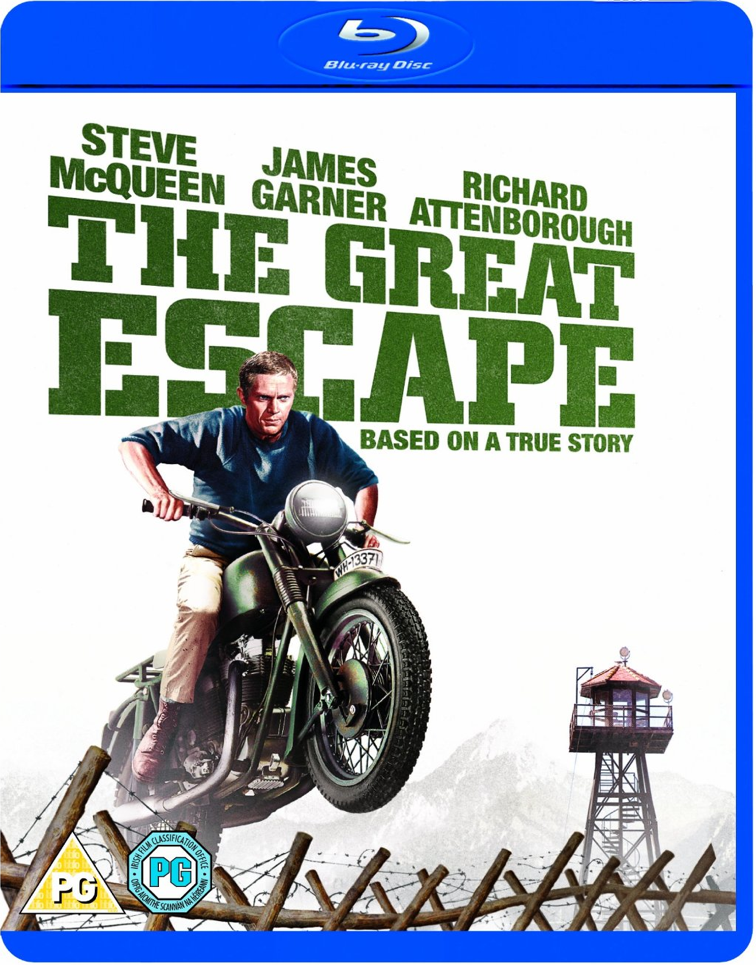 “In 1943, the Germans opened Stalag Luft III, a maximum-security prisoner-of-war camp designed to hold even the craftiest escape artists. In doing so, however, the Nazis unwittingly assembled the finest escape team in military history–brilliantly portrayed here by Steve McQueen, James Garner, Charles Bronson and James Coburn–who worked on what became the largest prison breakout ever attempted.

One of the most ingenious and suspenseful adventure films of all time, The Great Escape is a masterful collaboration between director John Sturges (The Magnificent Seven), screenwriters James Clavell (Shogun) and W.R. Burnett (Little Caesar), and composer Elmer Bernstein. Based on a true story, The Great Escape is epic entertainment that “captivates, thrills and stirs”.”

The Great Escape: Preparations for Freedom

The Great Escape: The Flight to Freedom

The Great Escape: A Standing Ovation

The Great Escape: The Untold Story

Return to The Great Escape 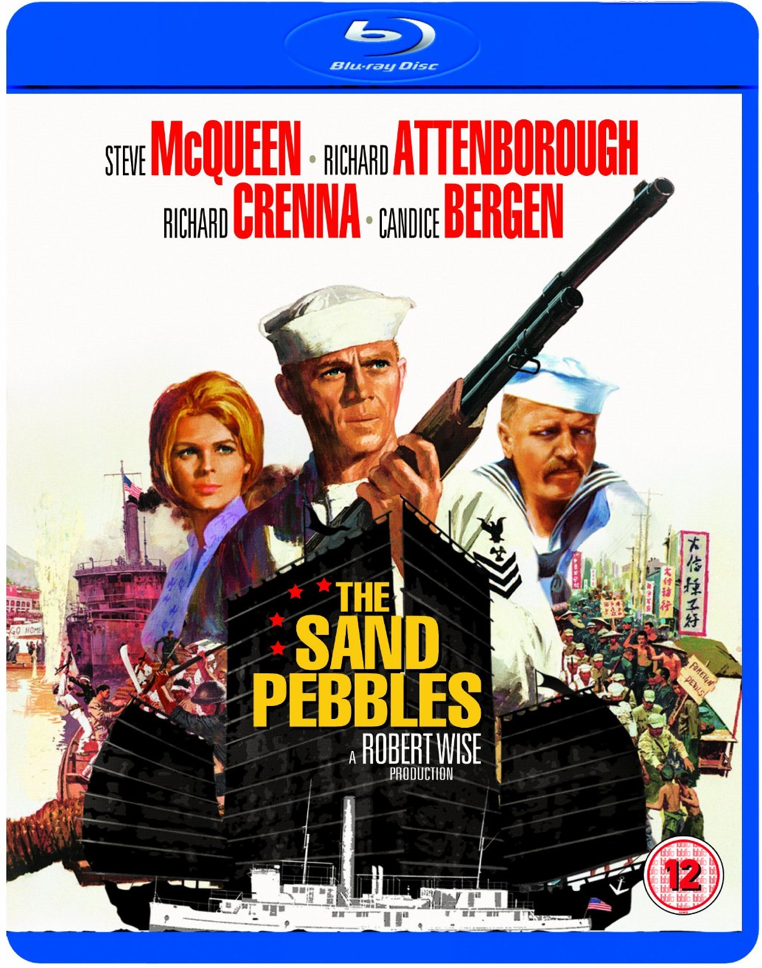 “Nominated for eight Academy Awards, including Best Picture, this searing action-drama chronicles a volatile time in history and will resonate with generations to come. Directed by Oscar winner Robert Wise (The Sound Of Music), The Sand Pebbles earned Steve McQueen his only Oscar nomination and also stars Richard Attenborough and Candice Bergen.

1926 China. Engineer Jake Holman (McQueen) is transferred to the USS San Pablo, a gunboat patrolling the troubled waters of the Yangtze River. As Chinese factions battle around them, the crew has one singular mission: to protect American interests in the region… without provoking an international incident. But as hostility over the U.S. presence in the river intensifies, Holman and his sole ally (Attenborough) know their latest assignment – to save a U.S. missionary (Bergen) – could be their last!”

The Making of The Sand Pebbles