The third and final film in director David Gordon Green’s Halloween reboot trilogy, Halloween Ends is set four years after the events of the largely disappointing Halloween Kills and marks a fairly significant departure from its predecessors.

Green has previously stated that he wanted to give each film its own unique theme and style, and with Halloween Ends he combines an angsty young love story with a twisted, coming-of-age, serial killer origin story, which proves a refreshing new twist on the familiar.

Michael Myers has not been seen since the events of the previous film. Laurie Strode (Jamie Lee Curtis) is now busy writing her memoir and has made a fresh start in a new house with her granddaughter Allyson (Andi Matichak), who is now working as a nurse. In a prologue, set on Halloween night in 2019, a young boy Corey Cunningham (Rohan Campbell) is accused of accidentally killing a boy he was babysitting following a prank gone wrong. Fast forward to the present day and Corey is now a social pariah, bullied and outcast by the community of Haddonfield. Following an altercation with some high school bullies, Allyson and Corey begin to develop a relationship, but as Corey moves down an increasingly violent path, Laurie fears that the dark events of the past are beginning to repeat themselves.

Despite moments of real promise and some strong character building, Green’s final film in the trilogy can be a frustrating one. There are echoes of Joker in its examination of mental health and how ordinary members of the community can turn towards evil through neglect and bullying, and the homages to Carpenter’s other films, notably Christine, are a really nice touch. That said, there is quite a lot going on here, and the film often struggles to balance the social commentary with the various plot strands and the overarching slasher theme.

That said, the early scenes exploring Corey’s gradual descent into violence are well rendered, and the film does an excellent job examining the ways in which evil can begin to affect both individuals and the community as a whole, playing on emotions and fears and digging up the past.

Similar to Halloween III: Season of the Witch, Halloween Ends perhaps may have been more successful as a standalone film in its own right, rather than the concluding film in a trilogy. For the most part, Halloween Ends is a pleasant surprise. It’s tense, gripping and delivers the level of suspense we expect from a Halloween film, however, the lack of focus on Michael and Laurie does weaken things, and it sadly isn’t the satisfying finale this trilogy so desperately needed.

As the title suggests, Halloween Ends might bring this current trilogy to a close, though it is somewhat hard to believe that this is the last we’ve seen from one of the all time great horror franchises. Carpenter’s original will never be bettered, though it is interesting to consider which direction any future films might take. 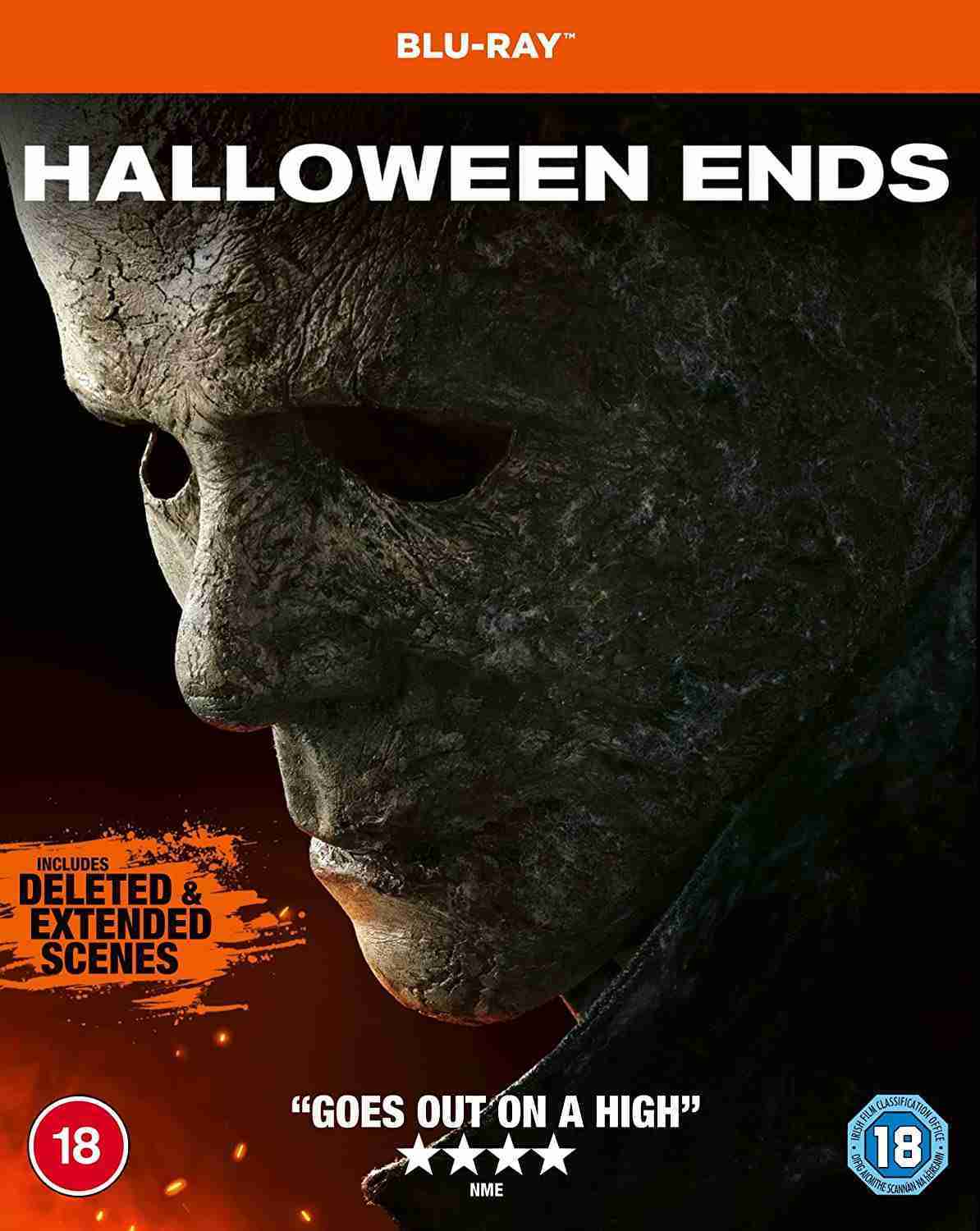 Halloween Ends arrives on Blu-ray in a hugely impressive 1080p presentation, offering a sharp, clear image with excellent detail, depth and black levels, particularly in the very dark scenes, of which there are many. Colours are slightly muted due to the grade of the film, so they are never overly rich or vivid. All in all its a largely excellent presentation.

The accompanying Dolby Atmos audio track is superb and really highlights the outstanding sound editing and sound design. Every creak and thud feels as unsettling and effective as you might hope, and the heavy bass score makes excellent use of the surround channels. Dialogue is beautifully crisp and clear throughout.