The Watermill Theatre has announced full casting for the brand new stage adaptation of Bill Bryson’s award-winning memoir, NOTES FROM A SMALL ISLAND, which runs at the venue from 3 February to 18 March 2023.

Affectionately celebrating the quirks and eccentricities of British life, NOTES FROM A SMALL ISLAND is adapted by BAFTA and Olivier Award-winning playwright Tim Whitnall and directed by The Watermill’s Artistic Director Paul Hart. 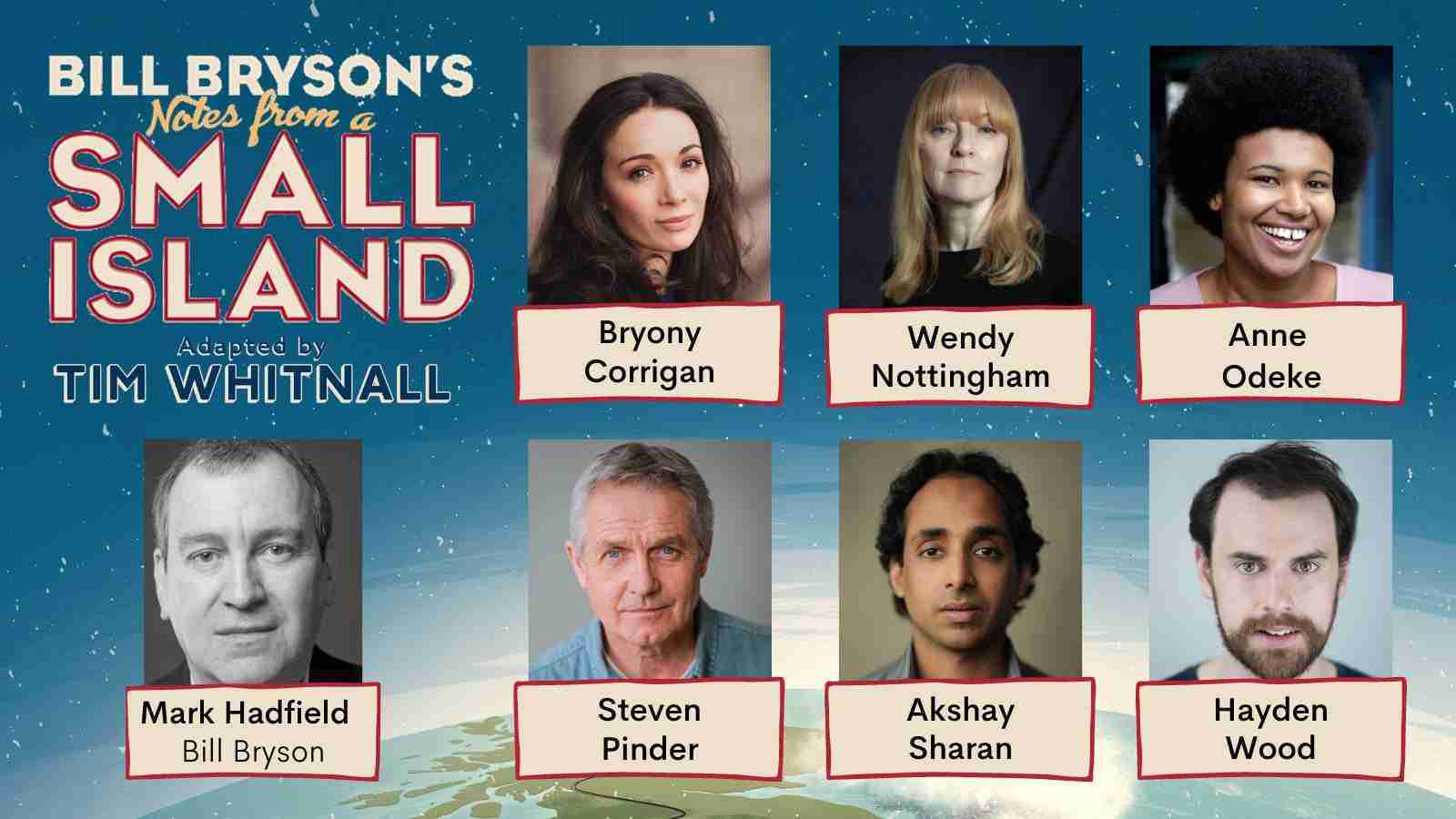 What makes us love this country we call our own?

From Calais to Scotland, Bill travels the length and breadth of Britain. Why does the nation that produced Marmite, Gardener’s Question Time and people who say “Ooh lovely” at the sight of a cup of tea, hold such a special place in this American’s heart?

With signature invention and imagination, the production will embrace the full breadth and playfulness of Bryson’s life affirming travelogue in The Watermill’s fittingly intimate, quintessentially rural space.

NOTES FROM A SMALL ISLAND will be adapted by Tim Whitnall, directed by Paul Hart, with design Katie Lias, lighting design by Ali Hunter, sound design by Ed Lewis, projection design by George Reeve, and with Sibylla Archdale Khalid as assistant director. It is produced in association with Simon Friend Entertainment.