Christmas 2022 is nearly upon us, so to help with some last minute gift inspiration we’ve put together a series of themed Gift Guides rounding up a selection of our favourite new releases – with a little something for everyone! 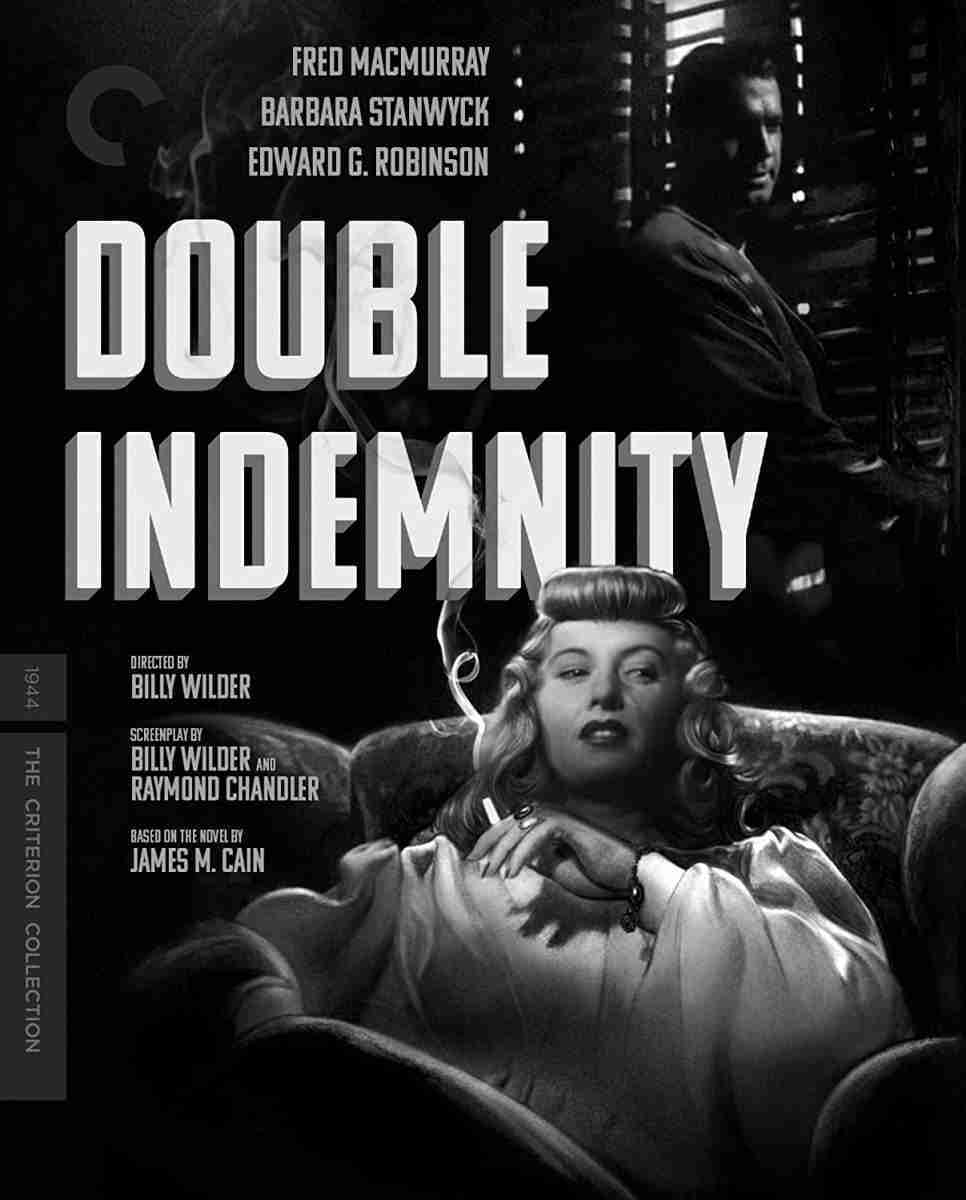 Working with cowriter Raymond Chandler, director Billy Wilder launched himself onto the Hollywood A-list with this epitome of film-noir fatalism from James M. Cain’s pulp novel. When slick salesman Walter Neff (Fred MacMurray) walks into the swank home of dissatisfied housewife Phyllis Dietrichson (Stanwyck), he intends to sell insurance, but he winds up becoming entangled with her in a far more sinister way. Featuring scene-stealing supporting work from Edward G. Robinson and the chiaroscuro of cinematographer John F. Seitz, Double Indemnity is one of the most entertainingly perverse stories ever told and the standard by which all noir must be measured. 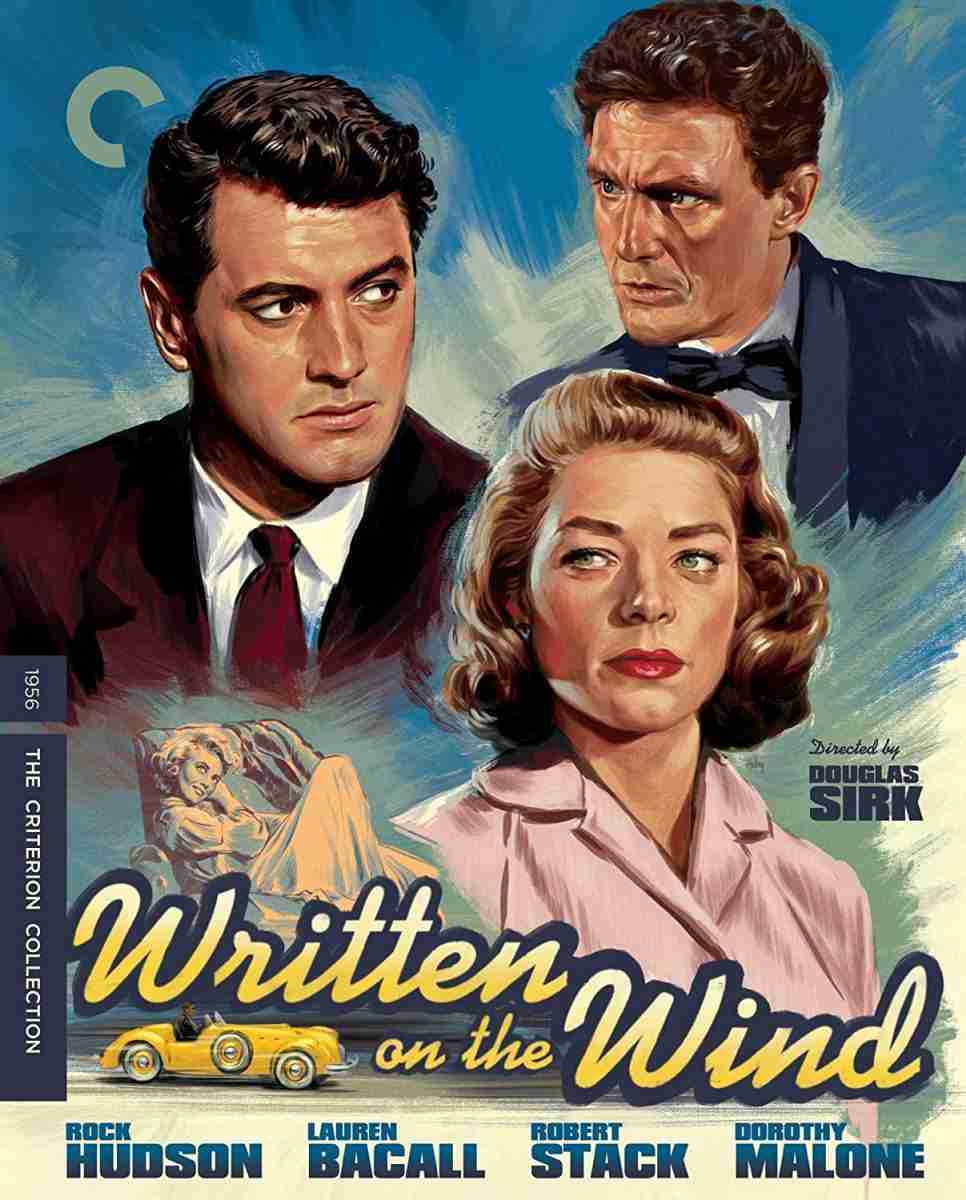 The Technicolor expressionism of Douglas Sirk reached a fever pitch with this operatic tragedy, which finds the director pushing his florid visuals and his critiques of American culture to their subversive extremes. Alcoholism, nymphomania, impotence, and deadly jealousy—these are just some of the toxins coursing through a massively wealthy, degenerate Texan oil family. When a sensible secretary (Lauren Bacall) has the misfortune of marrying the clan’s neurotic scion (Robert Stack), it drives a wedge between him and his lifelong best friend (Rock Hudson) that unleashes a maelstrom of psychosexual angst and fury. Featuring an unforgettably debauched, Oscar-winning supporting performance by Dorothy Malone and some of Sirk’s most eye-popping mise-en-scène, Written on the Wind is as perverse a family portrait as has ever been splashed across the screen.

Presented on Blu-ray from a brand new 2K digital restoration taken from the 35mm original camera negative, and with uncompressed monaural soundtrack remastered from the 35mm magnetic master, WRITTEN ON THE WIND features a spectacular (and pretty much flawless) video presentation, doing full justice to the rich, eye-popping Technicolor, and clean, stable audio free from distortion or issues. Special Features are lacking but it’s a must own release nonetheless. 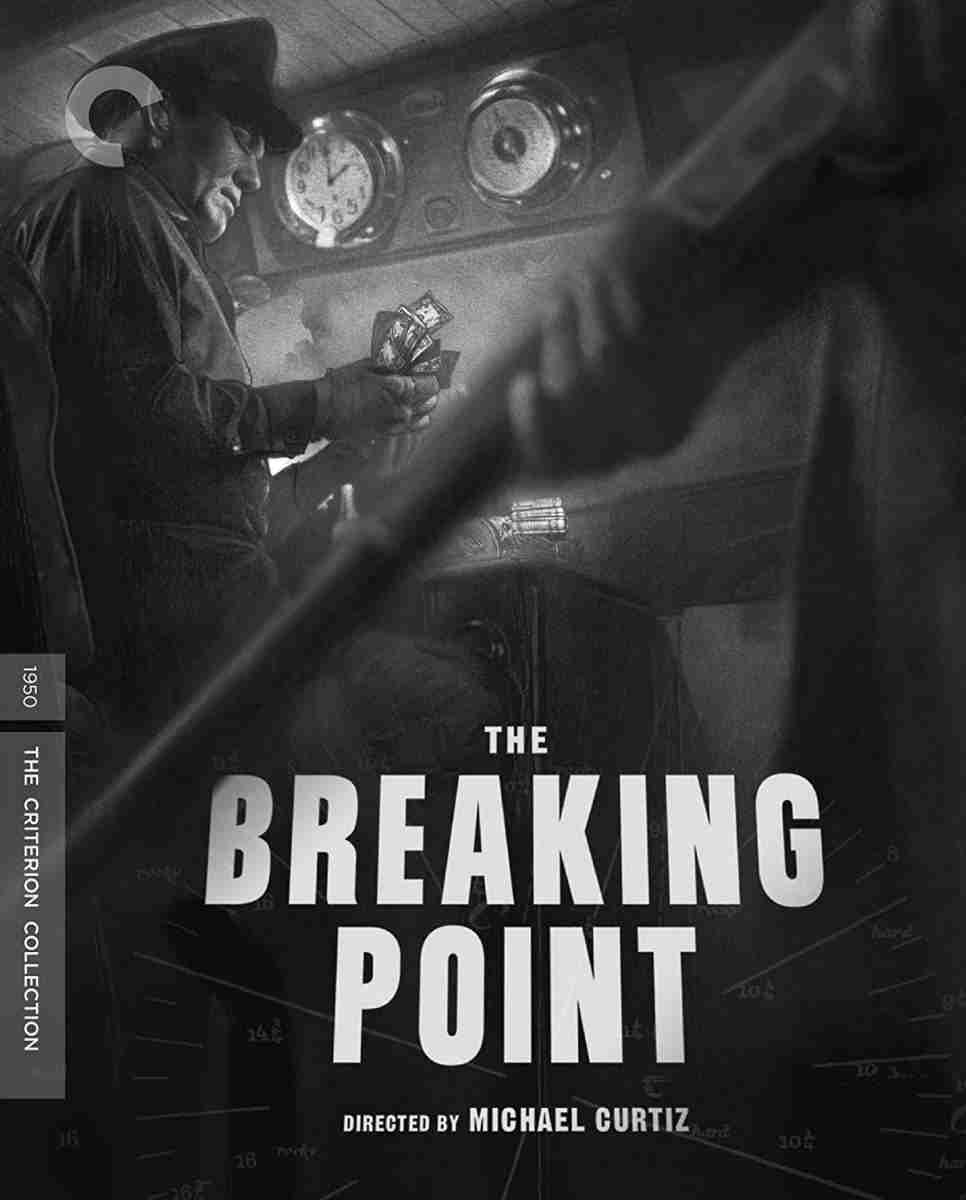 Featuring stunningly beautiful video and audio, presented from a brand new 2K digital restoration from the original camera negative, and with uncompressed monaural soundtrack, THE BREAKING POINT is an exceptional film noir crime thriller from the great Michael Curtiz and the second Hollywood adaptation of Ernest Hemingway’s 1937 novel, To Have and Have Not.

Michael Curtiz brings a master skipper’s hand to the helm of this thriller, Hollywood’s second crack at Ernest Hemingway’s To Have and Have Not. John Garfield stars as Harry Morgan, an honest charter-boat captain who, facing hard times, takes on dangerous cargo to save his boat, support his family, and preserve his dignity. Left in the lurch by a freeloading passenger, Harry starts to enter­tain the criminal propositions of a sleazy lawyer (Wallace Ford), as well as the playful come-ons of a cheeky blonde (Patricia Neal), making a series of compromises that stretch his morality—and his marriage—further than he’ll admit. Hewing closer to Hemingway’s novel than Howard Hawks’s Bogart-Bacall vehicle does, The Breaking Point charts a course through daylight noir and working-class tragedy, guided by Curtiz’s effortless visual fluency and a stoic, career-capping performance from Garfield.

It is always exciting to discover newly restored or lesser known gems from the Hollywood Golden Age, particularly from the great directors, and THE BREAKING POINT is a prime example of that. The film has been largely overshadowed by Curtiz’s better known films – think Angels with Dirty Faces (1938), Casablanca (1942), Yankee Doodle Dandy (1942) and Mildred Pierce (1945), to name just a few – but it’s a terrific release from The Criterion Collection and a must have addition to any good Home Entertainment collection! 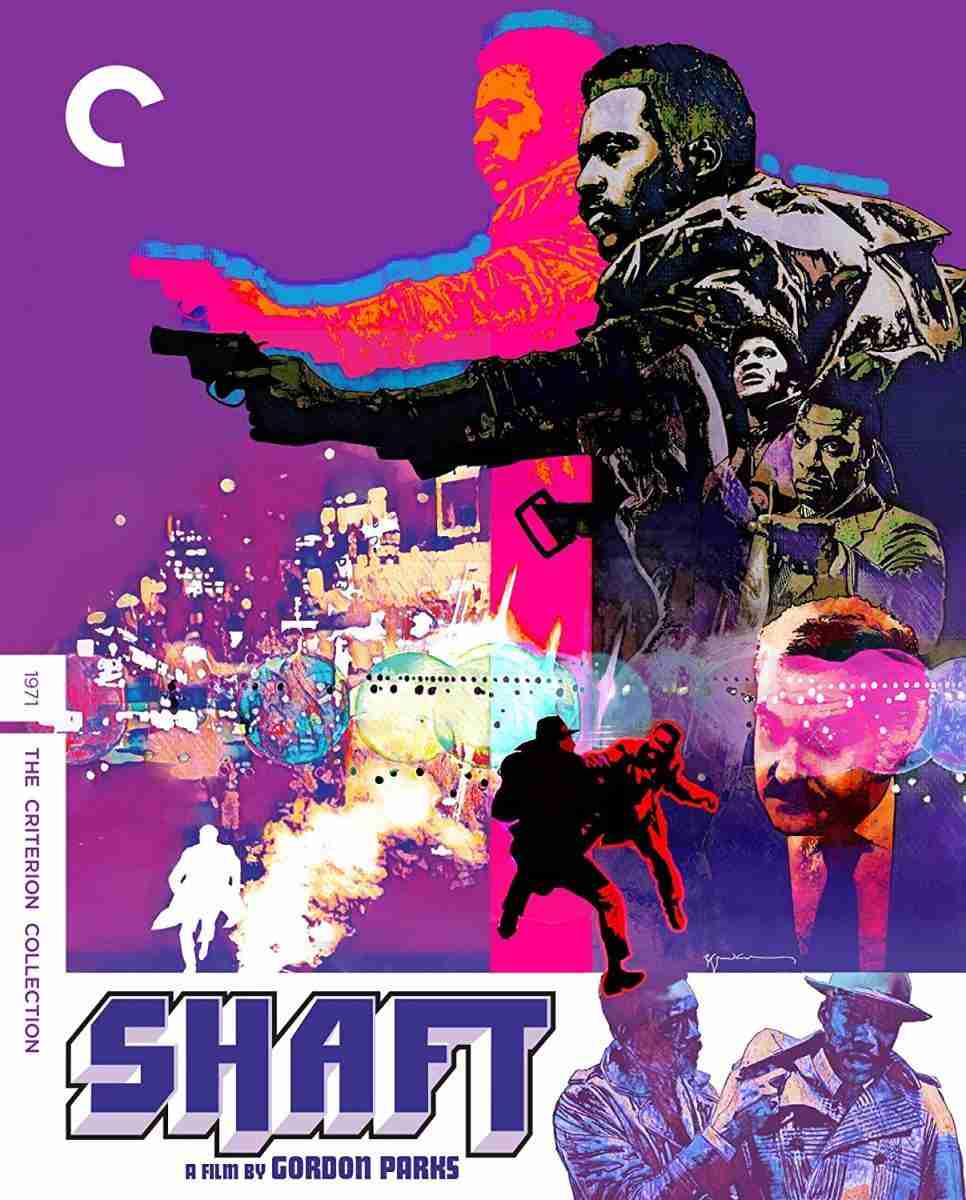 While the Black Power movement was reshaping America, trailblazing director Gordon Parks made this groundbreaking blockbuster, which helped launch the blaxploitation era and introduced a new kind of badder-than-bad action hero in John Shaft (Richard Roundtree, in a career-defining role), a streetwise New York City private eye who is as tough with criminals as he is tender with his lovers. After Shaft is recruited to rescue the kidnapped daughter of a Harlem mob boss from Italian gangsters, he finds himself in the middle of a rapidly escalating uptown vs. downtown turf war. A vivid time capsule of gritty seventies Manhattan that has inspired sequels and multimedia reboots galore, the original Shaft is studded with indelible elements—from Roundtree’s sleek leather fashions to the iconic funk and soul score by Isaac Hayes.

Presented on Blu-ray from a brand new 4K digital restoration from the 35mm original camera negative, with uncompressed monaural soundtrack and an alternate uncompressed stereo soundtrack remastered with creative input from Isaac Hayes III, SHAFT  is one of the year’s best Home Entertainment releases. The Blu-ray release features beautifully restored video, wonderfully crisp, clean audio and a whole range of special features and archive material making it an absolute must have for fans and collectors alike. 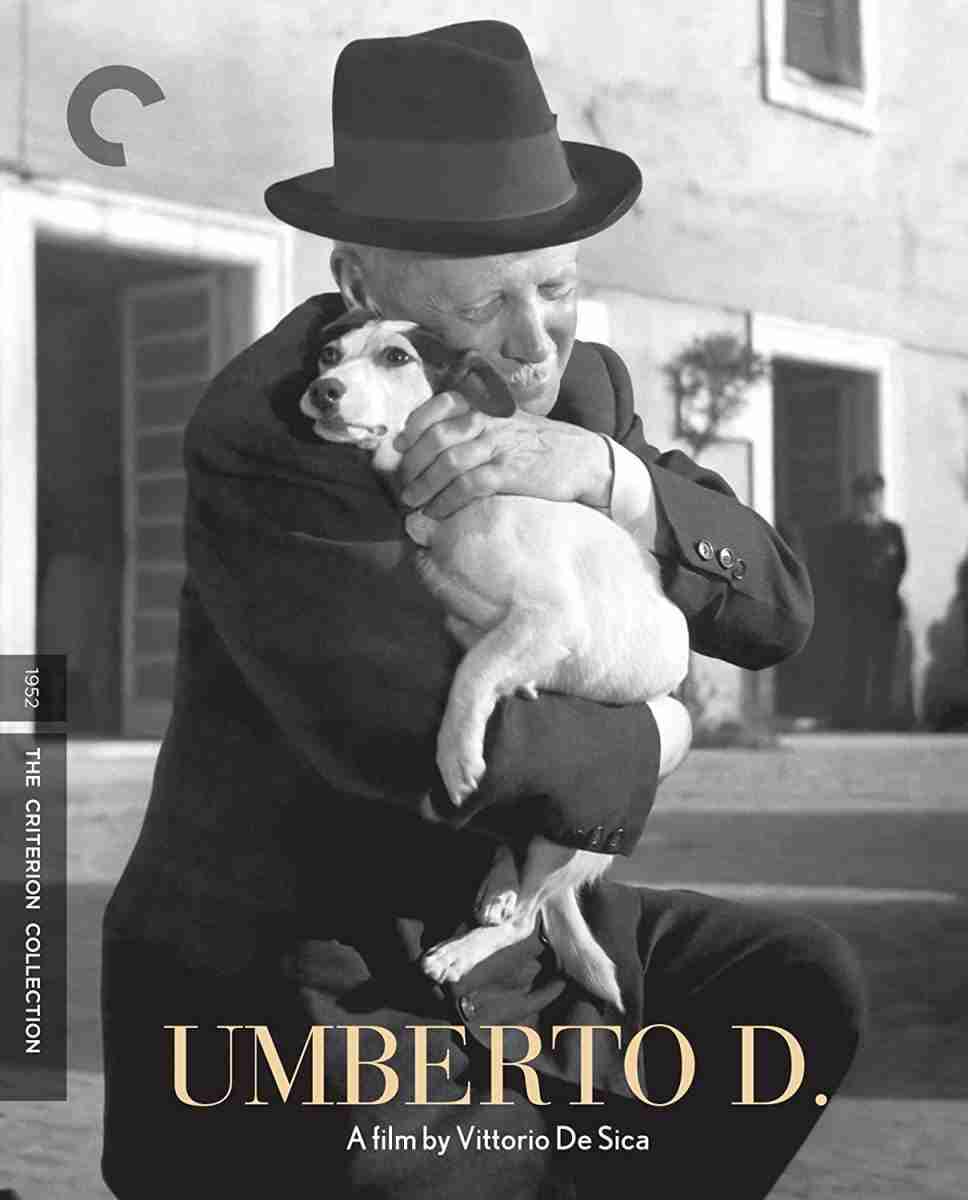 One of the most heartbreakingly beautiful films the cinema has seen, Vittorio De Sica’s superb UMBERTO D. sits alongside the filmmaker’s other works Bicycle Thieves (1948) and Miracle in Milan (1951) as one of the all time great masterpieces of the Italian neorealist movement, and joins The Criterion Collection in an exceptional Blu-ray release.

The film follows an elderly pensioner as he strives to make ends meet during Italy’s postwar economic recovery. Alone except for his dog, Flike, Umberto struggles to maintain his dignity in a city where human kindness seems to have been swallowed up by the forces of modernization. His simple quest to satisfy his basic needs—food, shelter, companionship—makes for one of the most heartbreaking stories ever filmed, and an essential classic of world cinema. 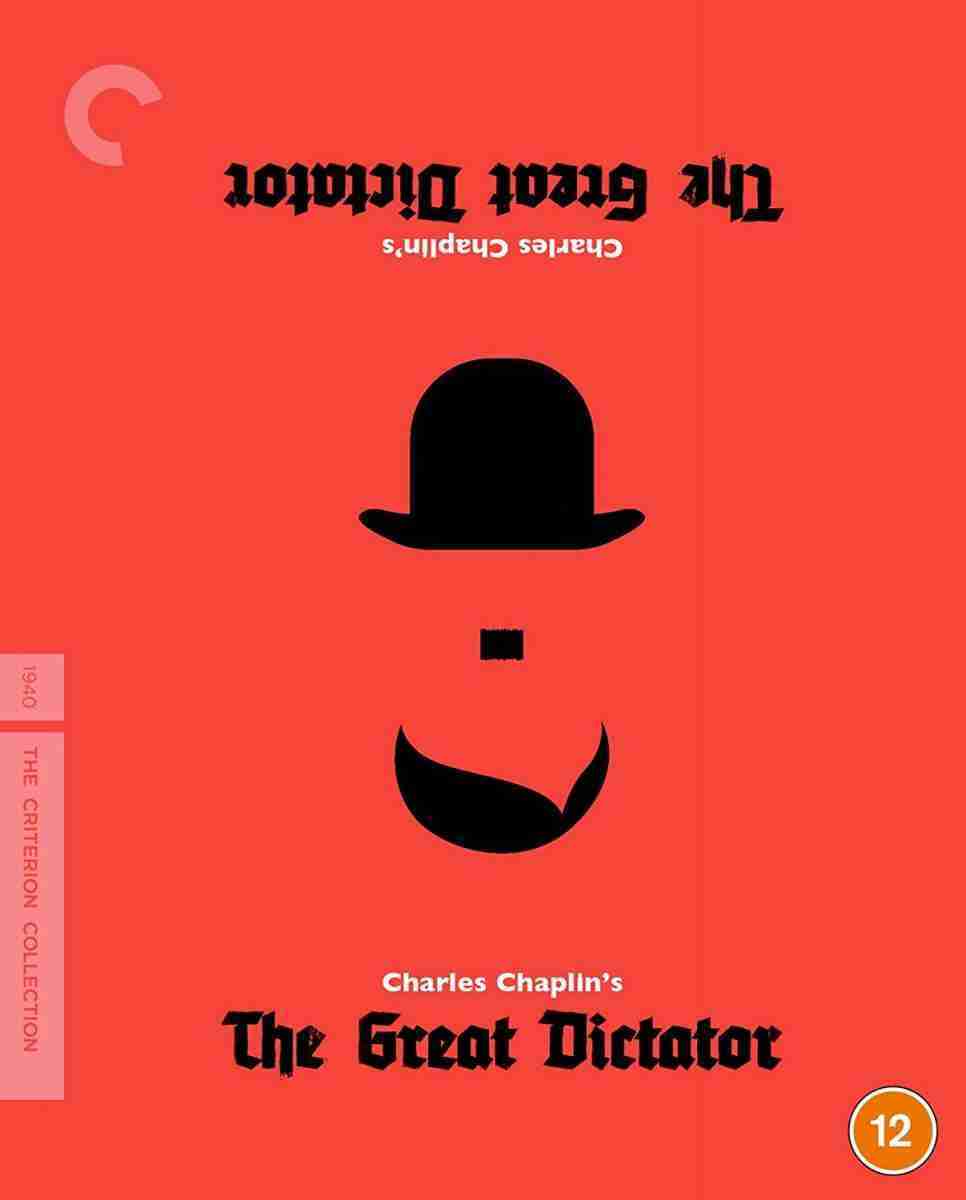 Having been available in the US since 2011, The Criterion Collection’s Blu-ray edition of Charlie Chaplin’s biting, controversial masterpiece THE GREAT DICTATOR finally joins the Criterion UK line-up

In the film, Chaplin offers both a cutting caricature of Adolf Hitler and a sly tweaking of his own comic persona. Chaplin, in his first pure talkie, brings his sublime physicality to two roles: the cruel yet clownish “Tomainian” dictator and the kindly Jewish barber who is mistaken for him. Featuring Jack Oakie and Paulette Goddard in stellar supporting turns, The Great Dictator, boldly going after the fascist leader before the U.S.’s official entry into World War II, is an audacious amalgam of politics and slapstick that culminates in Chaplin’s famously impassioned speech.

Presented on Blu-ray from a high-definition digital restoration taken from a combination of a 35mm fine-grain master positive and a 35mm duplicate negative, and with an uncompressed monaural soundtrack restored from the original sound negative, this stunning release features truly amazing video and audio and some really brilliant special features and supplements. 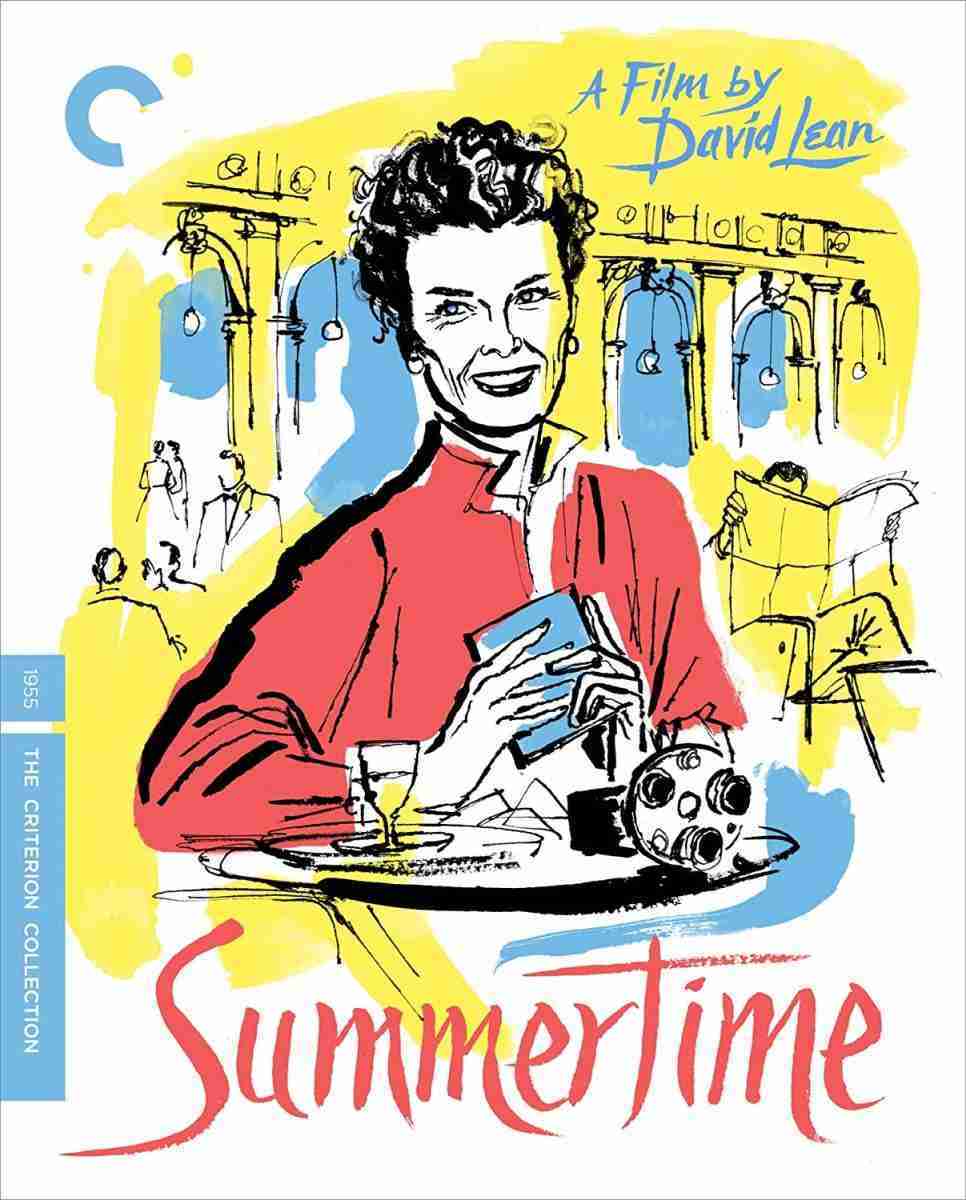 Shot on location in glorious Technicolor, David Lean’s tender and beautiful film, SUMMERTIME – said to be his personal favourite of all his films – stars Katharine Hepburn in a superb, OSCAR-nominated performance as a lonely and vulnerable middle-aged American tourist heading off on summer vacation for a lifelong dream trip to Venice.

SUMMERTIME With this sublimely bittersweet tale of romantic longing, director David Lean left behind the British soundstage to capture in radiant Technicolor the sun-splashed glory of Venice at the height of summer. In a tour de force of fearless vulnerability, Katharine Hepburn portrays the conflicting emotions that stir the heart of a lonely, middle-aged American tourist who is forced to confront her insecurities when she is drawn into a seemingly impossible affair with a charming Italian shopkeeper (Rossano Brazzi) amid the ancient city’s canals and piazzas. Lean’s personal favorite among his own films, Summertime is an exquisitely tender evocation of the magic and melancholy of a fleeting, not-quite-fairy-tale romance.

SUMMERTIME is presented on Blu-ray from a new 4K digital restoration, sourced from the original 35mm negative, and it is a HUGE upgrade on the now very old and very dated Criterion DVD release. Alongside the beautiful, newly restored video presentation, the lossless LPCM 1.0 audio track is again very clean and sounds remarkably crisp given the age of the film.

CLICK HERE TO READ OUR FULL REVIEW OF SUMMERTIME 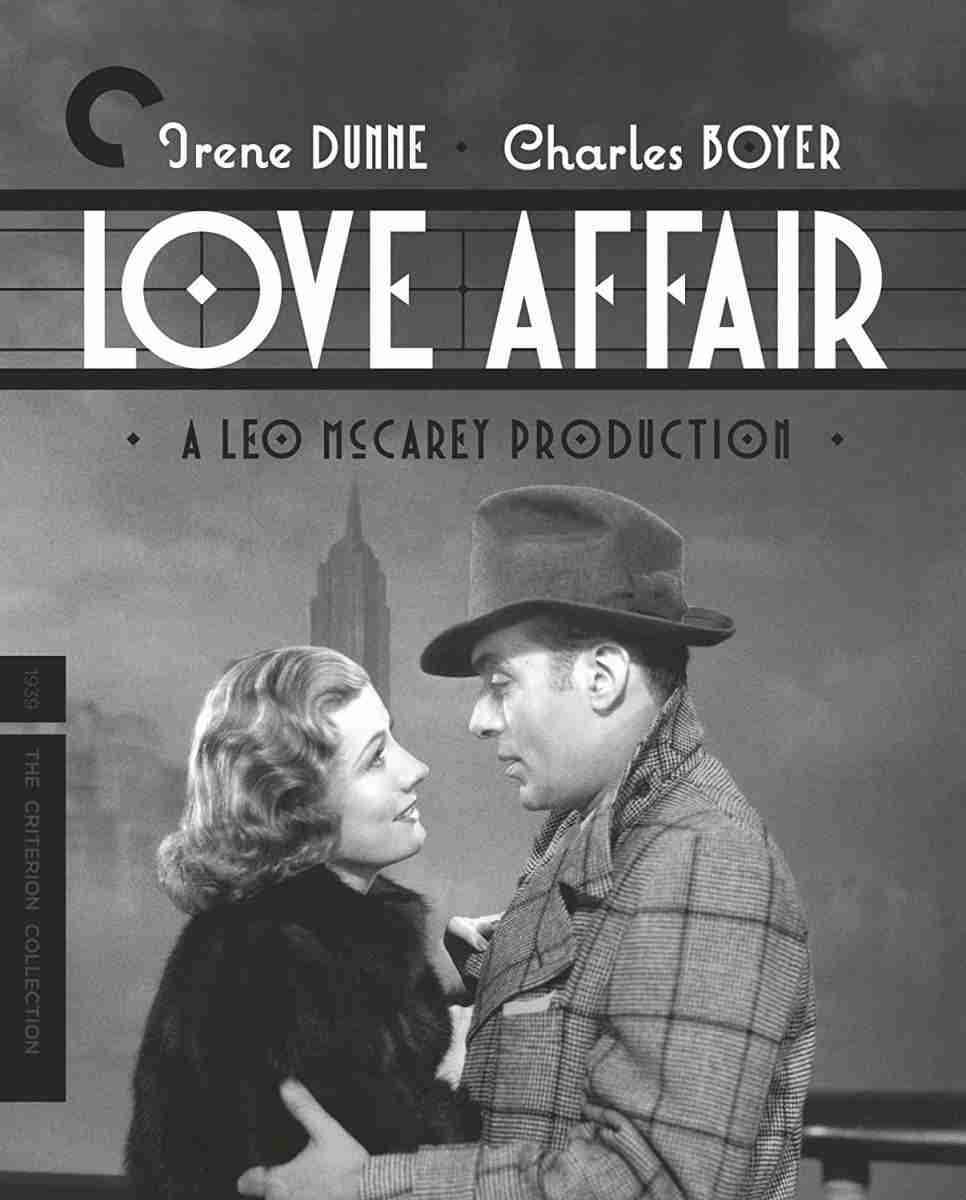 The great Leo McCarey directed some of the finest films of the 1930s, 40s and even 50s, with the likes of Duck Soup (1933), Make Way for Tomorrow (1937), Best Picture OSCAR winner The Awful Truth (1937), and Best Picture OSCAR winner Going My Way (1944), as well as the achingly beautiful and moving LOVE AFFAIR (1939), arguably the finest romantic film ever made and later remade by McCarey himself as the much better known, An Affair To Remember (1957).

Golden-age Hollywood’s humanist master Leo McCarey brings his graceful touch and relaxed naturalism to this sublime romance, one of cinema’s most intoxicating tear-wringers. Irene Dunne and Charles Boyer are chic strangers who meet and fall in love aboard an ocean liner bound for New York. Though they are both involved with other people, they make a pact to reconnect six months later at the top of the Empire State Building—until the hand of fate throws their star-crossed affair tragically off course. Swooning passion and gentle comedy coexist in perfect harmony in the exquisitely tender Love Affair (nominated for six Oscars), a story so timeless that it has been remade by multiple filmmakers over the years—including McCarey himself, who updated it as the no less beloved An Affair to Remember.

LOVE AFFAIR is presented on Blu-ray from a new 4K digital restoration by The Museum of Modern Art and Lobster Films, with uncompressed monaural soundtrack on the Blu-ray. It is yet another outstanding release from Criterion featuring truly amazing video and solid, well-restored audio given the age of the film and the source elements. Surely it’s the definitive edition of this wonderful film.