Christmas 2022 is nearly upon us, so to help with some last minute gift inspiration we’ve put together a series of themed Gift Guides rounding up a selection of our favourite new releases – with a little something for everyone!

Next up: Stage & Screen Books 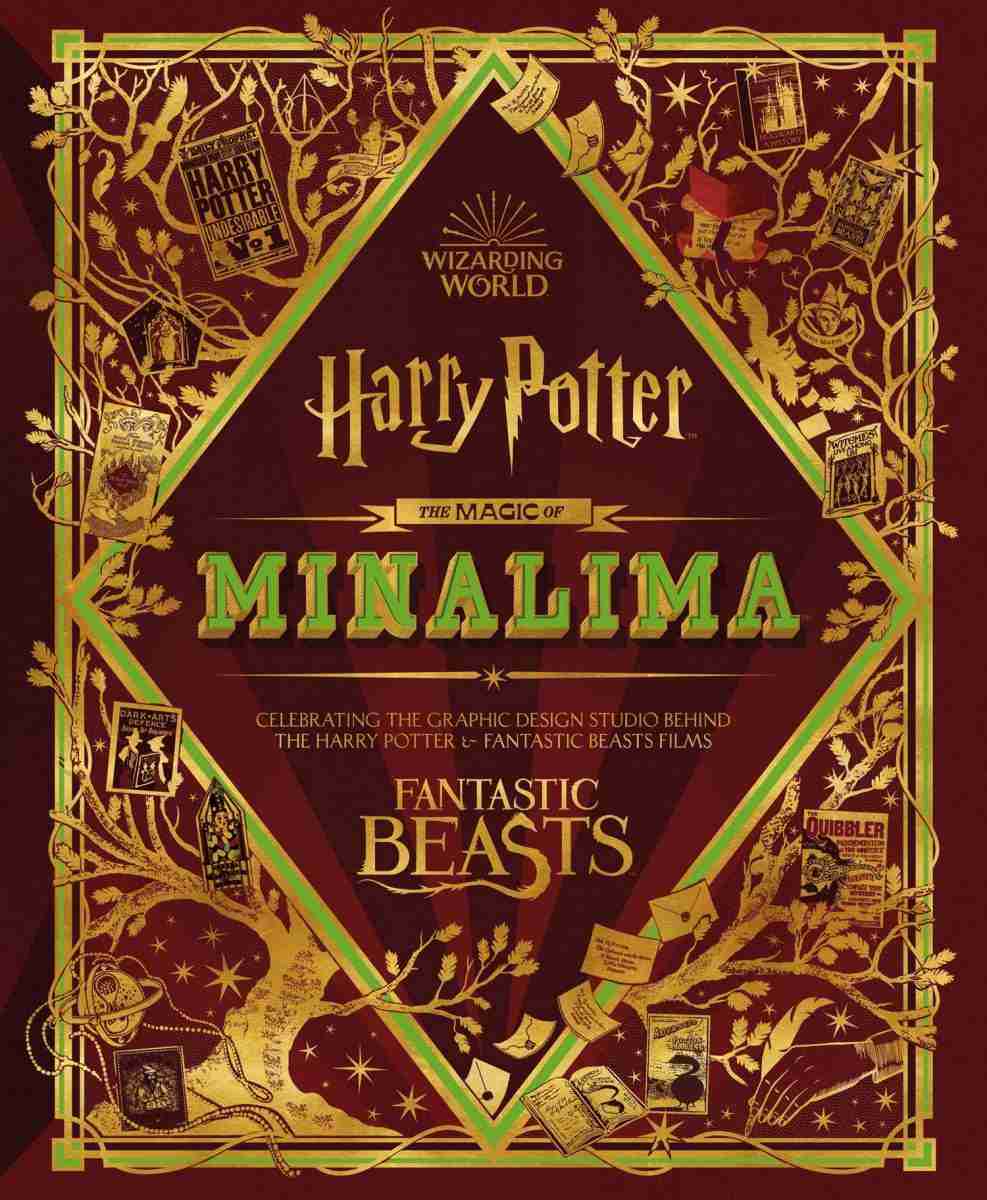 THE MAGIC OF MINALIMA: Celebrating the Graphic Design Studio Behind the Harry Potter & Fantastic Beasts Films

Let’s start with a big one! This full-colour illustrated compendium chronicles the magical twenty-year journey of acclaimed art and design studio, MinaLima, the creative genius behind the graphics for the Harry Potter film series, and unsurprisingly, it’s an absolutely stunning book!

THE MAGIC OF MINALIMA is an illustrated history and celebration of Miraphora Mina and Eduardo Lima’s twenty-year evolution and groundbreaking vision. Their wondrous creations illuminate the Wizarding World as never before, and their commentary offers insights into the imaginative thinking that shaped their designs.

This collection showcases the very best works from the award-winning studio’s two decades and includes interactive elements such as the Marauder’s Map, the Black Family Tapestry, and Weasleys’ Wizard Wheezes.

For Wizarding World fanatics, this is a truly must own book, and surely an invaluable resource for franchise fans, graphic designers and artists alike. Just gorgeous! 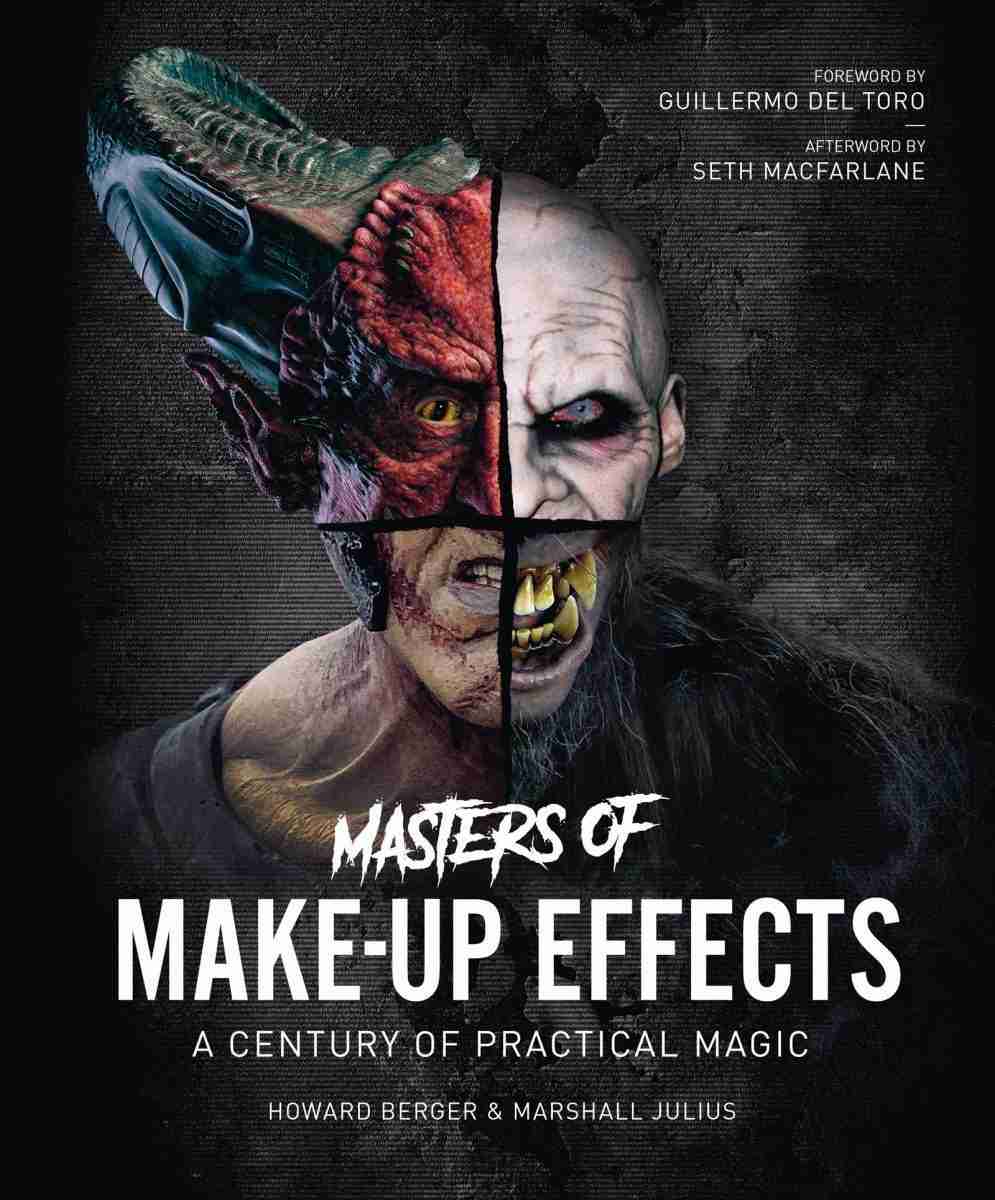 MASTERS OF MAKE-UP EFECTS: A Century of Practical Magic

An absolute must have for for cinema fans everywhere, this fascinating new book sees Hollywood special make-up effects guru Howard Berger and film critic Marshall Julius team up for what proves a truly amazing celebration of make-up artists and make-up effects from the world of film and television.

Lavishly illustrated with hundreds of behind-the-scenes photos, many of which have never before been seen in print or on social media, MASTERS OF MAKE-UP EFECTS showcases some of the most iconic make-up effects of all time, while revealing how they came to be in the artists’ own words.

Featuring a foreword by Guillermo del Toro, an afterword by Seth MacFarlane, and contributions from more than 50 make-up effects legends, as well as iconic actors including Doug Jones, Robert Englund, James McAvoy and Doug Bradley, and directors Mick Garris and John Landis, MASTERS OF MAKE-UP EFECTS is the most complete book on movie make-up history ever assembled, and a must read for cinema fans everywhere. 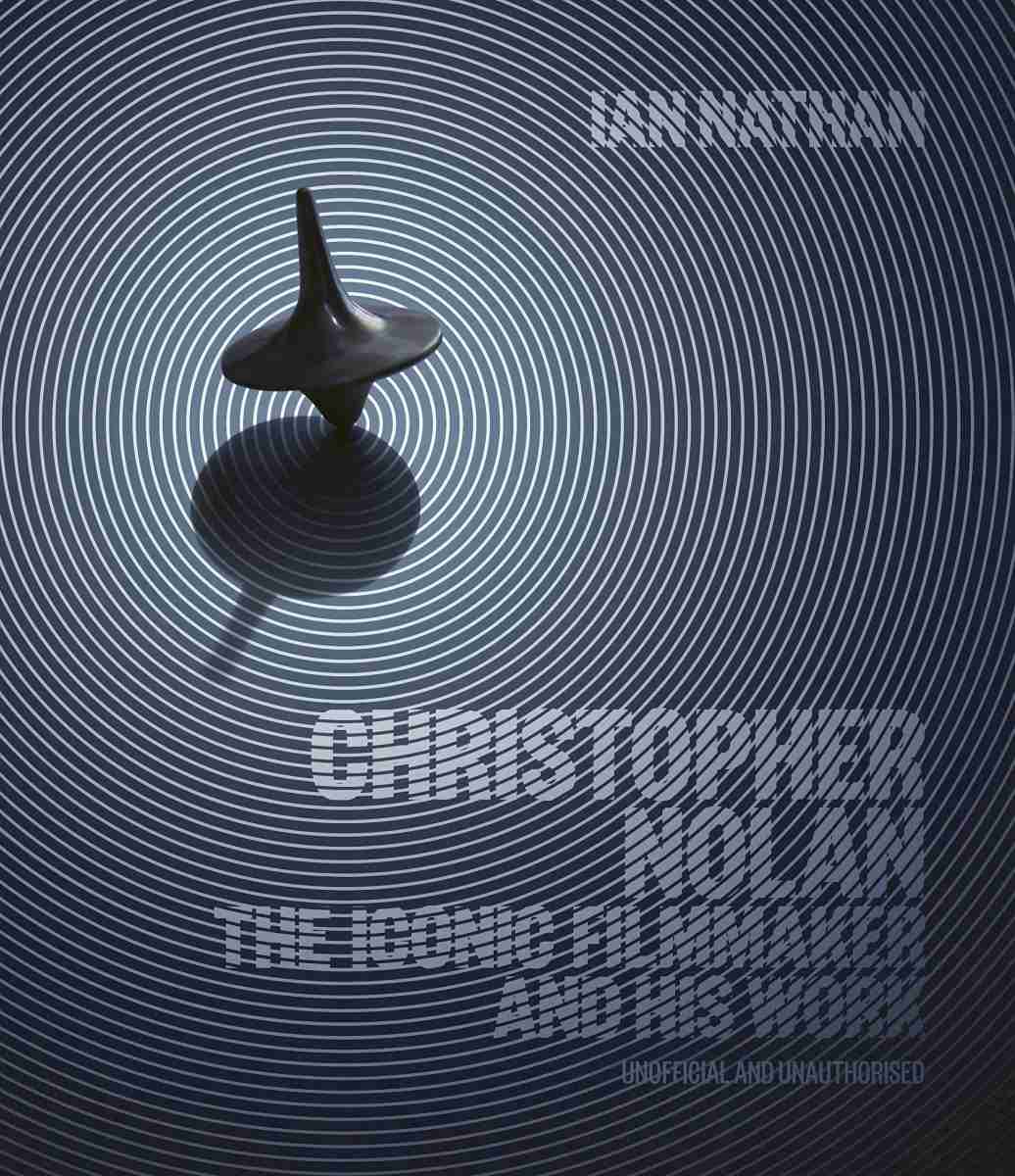 The latest instalment in Ian Nathan’s Iconic Filmmakers Series, this comprehensive, in-depth new study delves deep into the life and works of one of modern cinema’s most celebrated and intriguing auteurs, Christopher Nolan, exploring the making of and the inspiration behind his films and the viewers’ response to his work.

In narrative terms, Nolan’s films twist and turn, provoking as many questions as they answer. As a character, he eludes easy answers. This book looks to crack open the magic box of Nolan’s twisting universe.

Filled with fascinating insights and illustrated throughout with cinematography from his visually stunning filmography, Christopher Nolan: The Iconic Filmmaker and His Work offers a unique, important and unmissable insight into the mind of this most brilliant of directors. 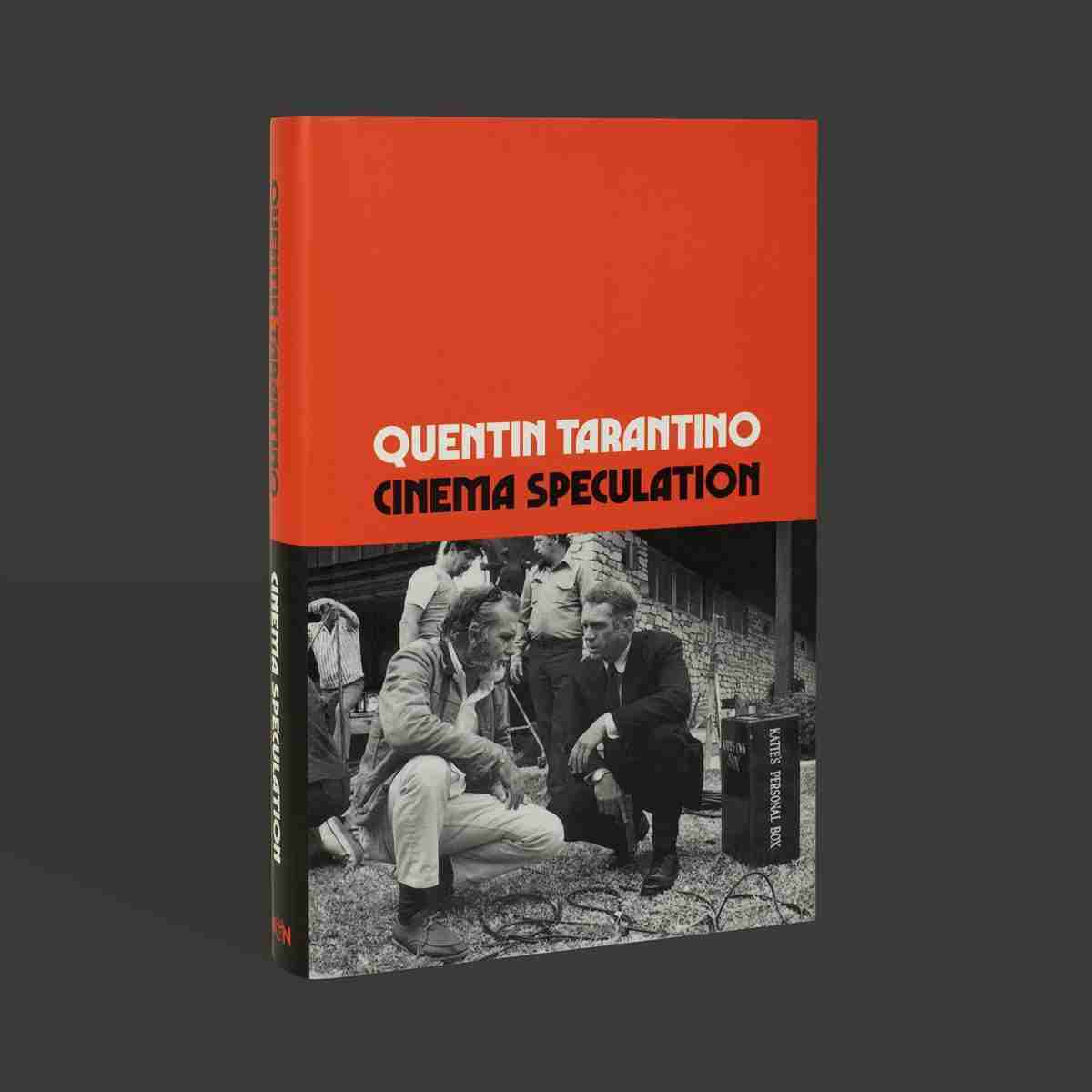 A unique blend of personal memoir, film criticism, theory and movie history, this long-awaited first work of nonfiction from Quentin Tarantino is as rich and as entertaining as fans might hope for, and a perfect gift idea for all cinephiles this Christmas!

Organised around key American films from the 1970s, all of which he first saw as a young moviegoer at the time, CINEMA SPECULATION is as intellectually rigorous and insightful as it is entertaining.

Written in his own distinctive signature style, and with that quick-wit and frenetic pace seen in his interviews, movies and screenplays, this is a remarkable, page-turning treasure-trove of a book that is sure to delight any good film fan, and probably teach them a thing or too about film theory and history too! 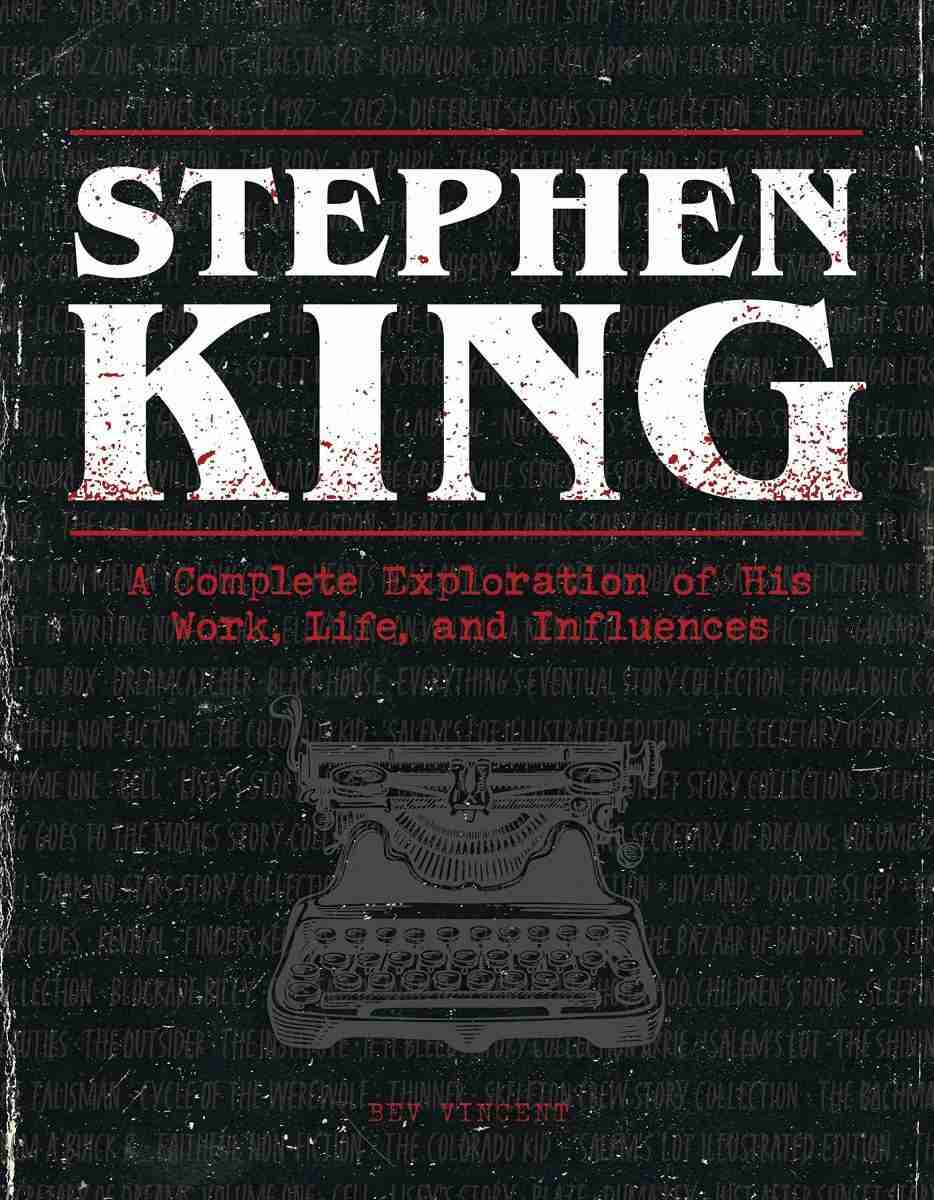 Stephen King: A Complete Exploration of His Work, Life, and Influences

Take an intimate tour through the life and works of Stephen King and celebrate the undisputed King of Horror with this vivid, illustrated companion through King’s complete body of work.

made vivid with rare photos and ephemera from King’s personal collection.

Even if you are a die-hard fan, you will find something new in this beautifully packaged Stephen King reference that you will return to again and again.

Released early this year to celebrate Stephen King’s 75th birthday, Stephen King: A Complete Exploration of His Work, Life, and Influences reveals the inspiration behind the prolific author’s brilliant works of horror through a combination of rare memorabilia from King’s own collection – including personal and professional correspondences and handwritten manuscript pages – photos, never-before-seen excerpts and movie stills, along with an engaging account of the stories behind how his novels, novellas, short stories, and adaptations came to be.

It might sound like a tall tale that Stephen King once met a bartender named Grady in an empty hotel in Colorado, or that the celebrated author helped his young daughter bury her cat in a nearby “pets sematary” after it was killed on a busy roadway. In this book, discover how King drew on these and more real personal experiences and mundane life events, then employed his extraordinary imagination to twist them into something horrific.

From impoverished university student to struggling schoolteacher to one of the best-selling—and most recognisable—authors of all time, this engrossing book reveals the evolution and influences of Stephen King’s body of work over his nearly 50-year career, and how the themes of his writing reflect the changing times and events within his life. 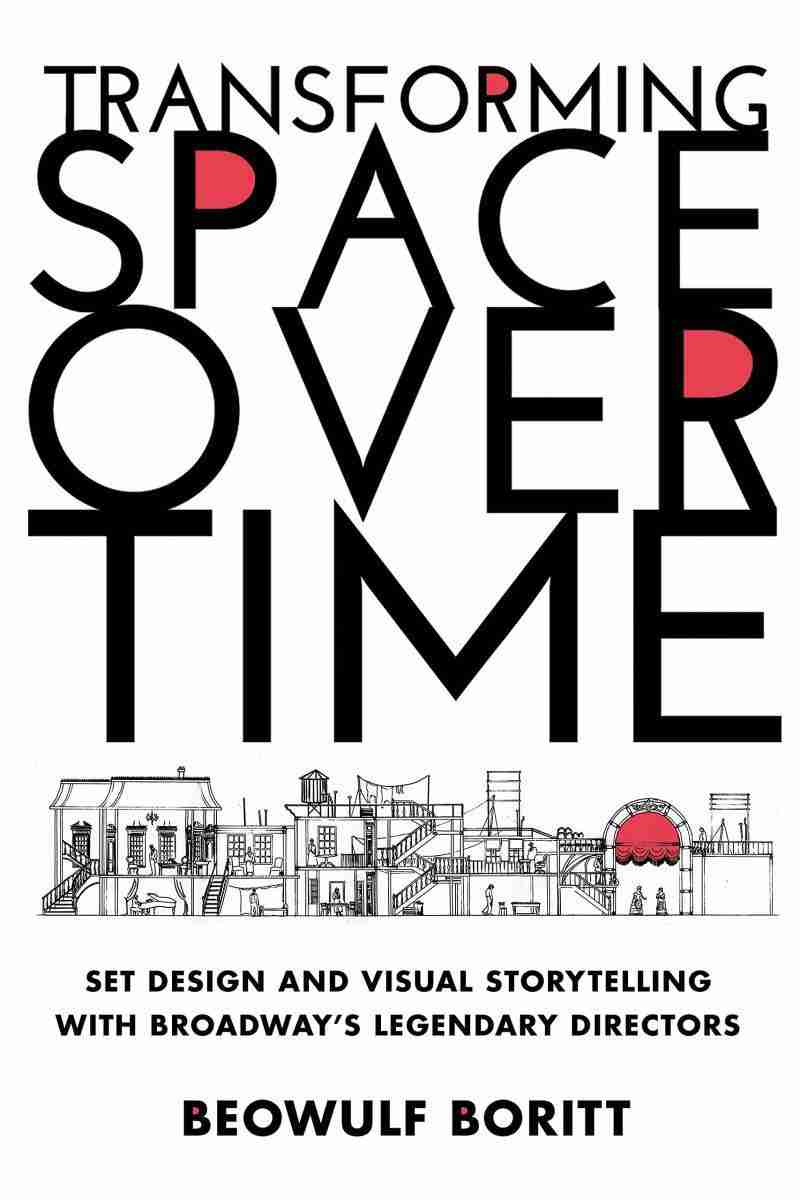 If you love theatre and have a keen interest in stage design and the creative journey of a production, then this is most definitely the book for you!

In Transforming Space Over Time, Tony Award-winner and five-time Tony nominated scenic designer Beowulf Boritt takes readers through the journeys of six diverse productions, beginning with the moment he was offered each job and through to the conceptual development of the set, in collaboration with the director, the challenges of its physical creation, and the intense process of readying it for the stage.

By focusing on a variety of specific shows Boritt has worked on, he attempts to peel back the curtain on the creative and intellectual process―in particular, the way his designs develop over time, in concert with the director and other members of the creative team.