In Jurassic World: Fallen Kingdom, the creative team made the irreversible decision to destroy the abandoned island of Isla Nublar with a catastrophic and heartbreaking volcanic eruption, taking the franchise away from the familiar Jurassic Park world of wonder and escapism fans loved and wanted and instead bringing things into the real world with black market trading and dinosaur weaponisation.

That decision marked a huge turning point for the franchise, but it was far from a good one.

With Jurassic World Dominion, the third and final instalment in the Jurassic World franchise, original director Colin Trevorrow returns to direct following J. A. Bayona’s disastrous sequel (though Trevorrow did write Fallen Kingdom) and makes an attempt at bringing things back to more familiar ground, but the damage of the last film just went too far.

Dominion is set four years after the events of Fallen Kingdom where dinosaurs are now living – and hunting – alongside humans around the world, and with varying degrees of success.

Swarms of giant locusts are decimating crops across the United States, save for those grown from seeds produced by the sinister Biosyn Genetics, a world leading genetics company operating a designated dinosaur research sanctuary deep in the Dolomite Mountains.

Laura Dern’s Dr. Ellie Sattler is investigating and drafts in her trusty old partner Dr. Alan Grant (Sam Neill) to help investigate the matter and confirm her suspicions, later teaming up with Jeff Goldblum’s Dr. Ian Malcolm who conveniently now happens to be working for Biosyn.

Elsewhere, Claire (Bryce Dallas Howard) and Owen (Chris Pratt) are now living in a remote cabin in the Sierra Nevada Mountains where they are secretly housing Benjamin Lockwood’s (James Cromwell in Fallen Kingdom) biogenetically cloned granddaughter Maisie (Isabella Sermon). Rumours are spreading of her existence as a clone and mercenaries have been hired to kidnap her in the name of research. 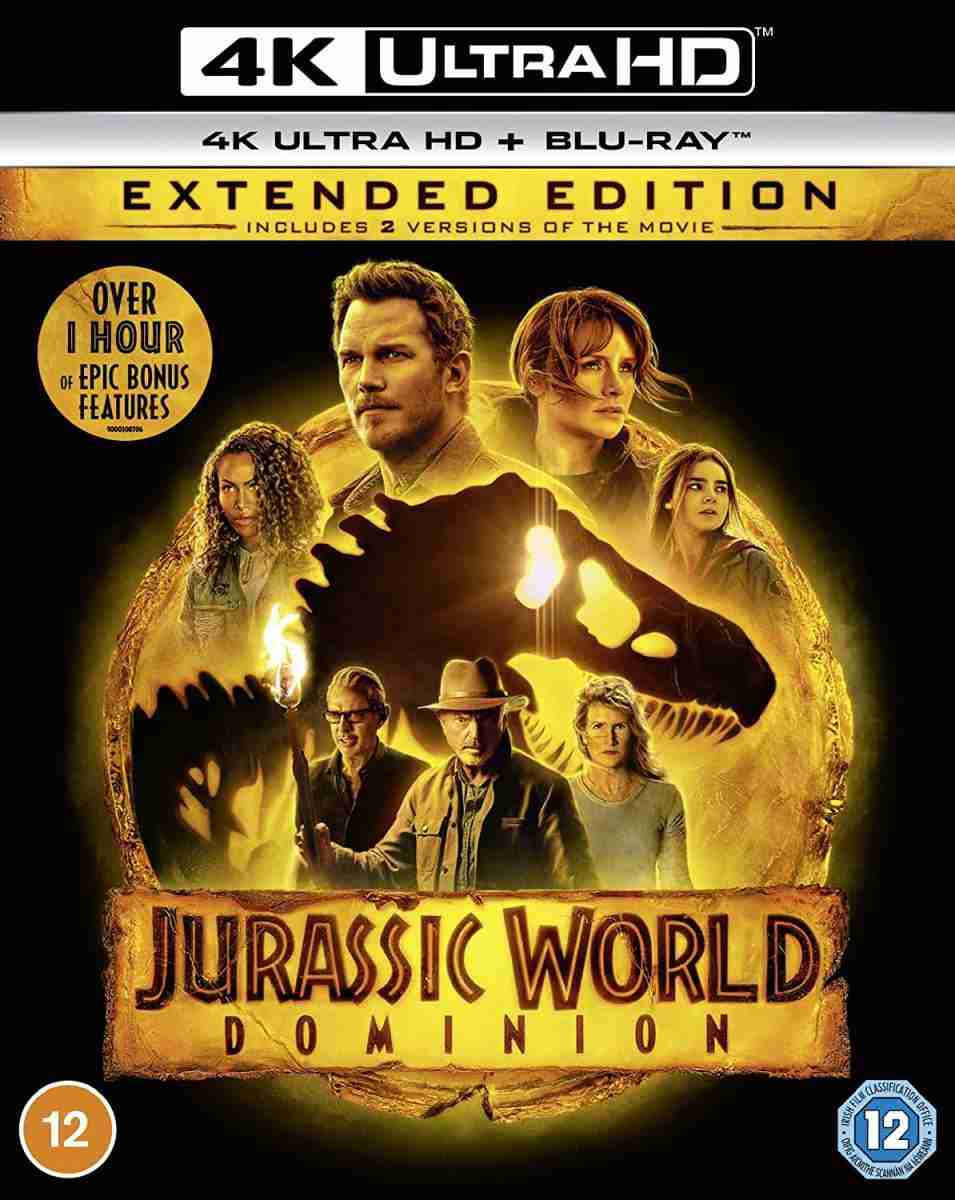 Without going into too many spoilers, there are various plot strands regarding black market trafficking, dinosaur exploitation, genetic cloning, and the kidnapping of both Maisie and Velociraptor Blue’s young hatchling “Beta,” which eventually bring the two narratives together as they all seek to uncover the truth and expose an illegal cover-up.

Jurassic World Dominion proves considerably more entertaining than Fallen Kingdom and offers fans would might be considered more Jurassic Park style content, but there are issues, and lots of them. At two hours and forty one minutes the film feels overly long and there are problems with pacing, a weak script and the often ludicrous plot elements. That said, some of the big set pieces are brilliantly realised, the CGI is superb and the performances are strong, across the board; it is so great to see Neill, Dern and Goldblum returning to their signature roles.

One bizarre directorial annoyance though is that the returning star names are given no grand entrances or build up. In fact, scenes often just cut and there they are, with no introduction or build up. No extended close up as Sam Neill gratuitously removes his sunglasses. The whole thing feels incredibly underwhelming. Added to that, franchise newbies that we haven’t met yet are given grand, gratuitous entrances which makes no sense whatsoever.

Despite many promising moments, it is another largely disappointing mess from a franchise that initially delivered so much promise but gradually destroyed itself from within.