Funko Games celebrates the 40 Anniversary of ET with the ‘E.T. The Extra-Terrestrial: Light Years From’ Home Board Game

Help E.T. get home this summer with E.T. The Extra-Terrestrial: Light Years From Home Board Game from Funko Games!

Inspired by the beloved film from Universal Pictures and Amblin Entertainment, the E.T. The Extra- Terrestrial: Light Years From Home board game drops you right into the iconic BMX chase scene from the movie as players race round the neighbourhood using ramps and shortcuts to avoid the federal agents bent on trying to capture the little alien. 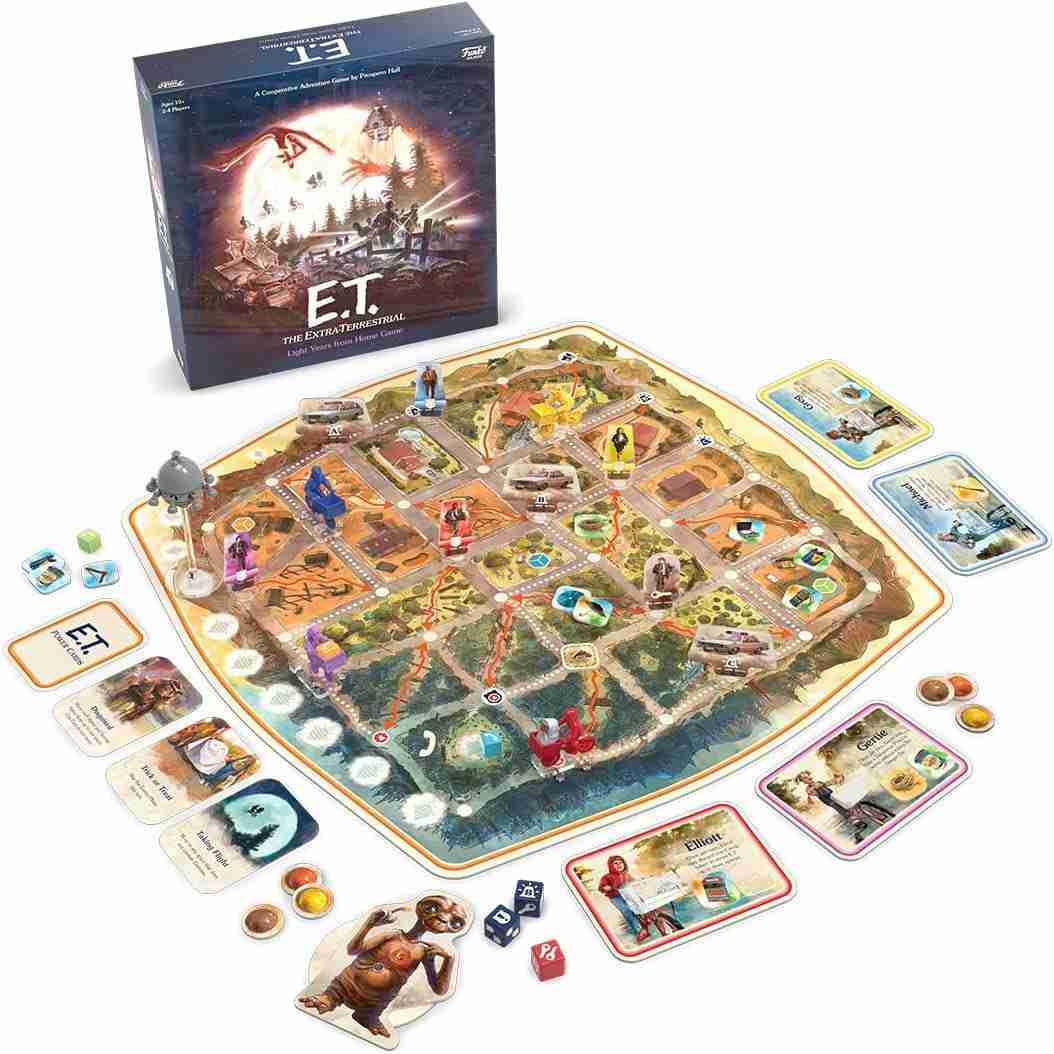 E.T. The Extra- Terrestrial: Light Years From Home is a cooperative board game where players work together, taking on the roles of Elliot, Michael, Greg and Gertie and racing against time to gather parts for E.T. to make a communicator to signal his home planet. The kids must avoid federal agents who are chasing them, find all the parts for the communicator and get E.T. to the forest clearing in time to meet the mothership – before his heartlight fades!

Launched to coincide with the 40th Anniversary of the release of this iconic film, the game is a perfect introduction to the world of E.T. for a new generation. As players would expect from Funko Games, E.T. The Extra- Terrestrial: Light Years From Home is beautifully designed with a retro-styled box, exquisitely illustrated board, components and miniatures including a charming E.T. who fits inside Elliot’s bike basket.