Arthur Laurents’ bittersweet romantic play The Time of the Cuckoo opened at the Empire Theatre on Broadway in October 1952 where it ran for a total of 263 performances, after which point the theatre was demolished (no fault of the play!).

Three years later, the film was adapted for the big screen by David Lean and H.E. Bates and released under the title SUMMERTIME (Summertime Madness in the UK), with an Academy Award nominated Katharine Hepburn replacing Broadway star Shirley Booth in the  renamed central role. Booth won the Tony Award for Best Performance by a Leading Actress in a Play for her performance in the play but was felt to be too old for the film role.

Shot on location in glorious Technicolor – making it one of the first British-produced films to be shot entirely on location – Lean’s tender film (his personal favourite of all his films) follows middle-aged American tourist Jane Hudson (Hepburn) as she heads off on summer vacation for a lifelong dream trip to Venice.

We first see Jane – camcorder in hand – excitedly recording the approaching lagoon from her train carriage as she arrives in the city. She then exuberantly boards the water bus where she meets a fellow American couple (‘The McIlhennys’) on their summer tour of Europe. She is initially full of giddy excitement as she explores all that the great city has to offer, but as she sits and observes all the happy, loved-up couples strolling about arm in arm she is struck by a sudden pang of loneliness. She finds comfort socialising with those she has met during her trip and at her hotel, including the comical McIlhennys (MacDonald Parke & Jane Rose, the latter the only member of the Broadway production to appear in the movie), but soon enough those couples too go off to meet other friends and the unwed Jane is once again left alone.

It is while sitting alone in the Piazza San Marco that she catches the eye of the dashing antiques-shop owner Renato (Rossano Brazzi), though her nervousness at his attention overwhelms her and she hurries off to sit alone by the water, the birds her only company.

When she inadvertently walks into Renato’s antiques shop the following day a connection begins to bloom, but she struggles to give in to the possibility of romance. What then develops is an unexpected and emotionally draining summer fling set against a glorious, sun-bathed Venetian backdrop.

Despite her infatuation, however – for both Renato and the city – romance has just come too late and too far from home. She longs for companionship and has found what she has been searching for all her life, but deep down she knows any sort of future is impossible and is only destined to end unhappily. 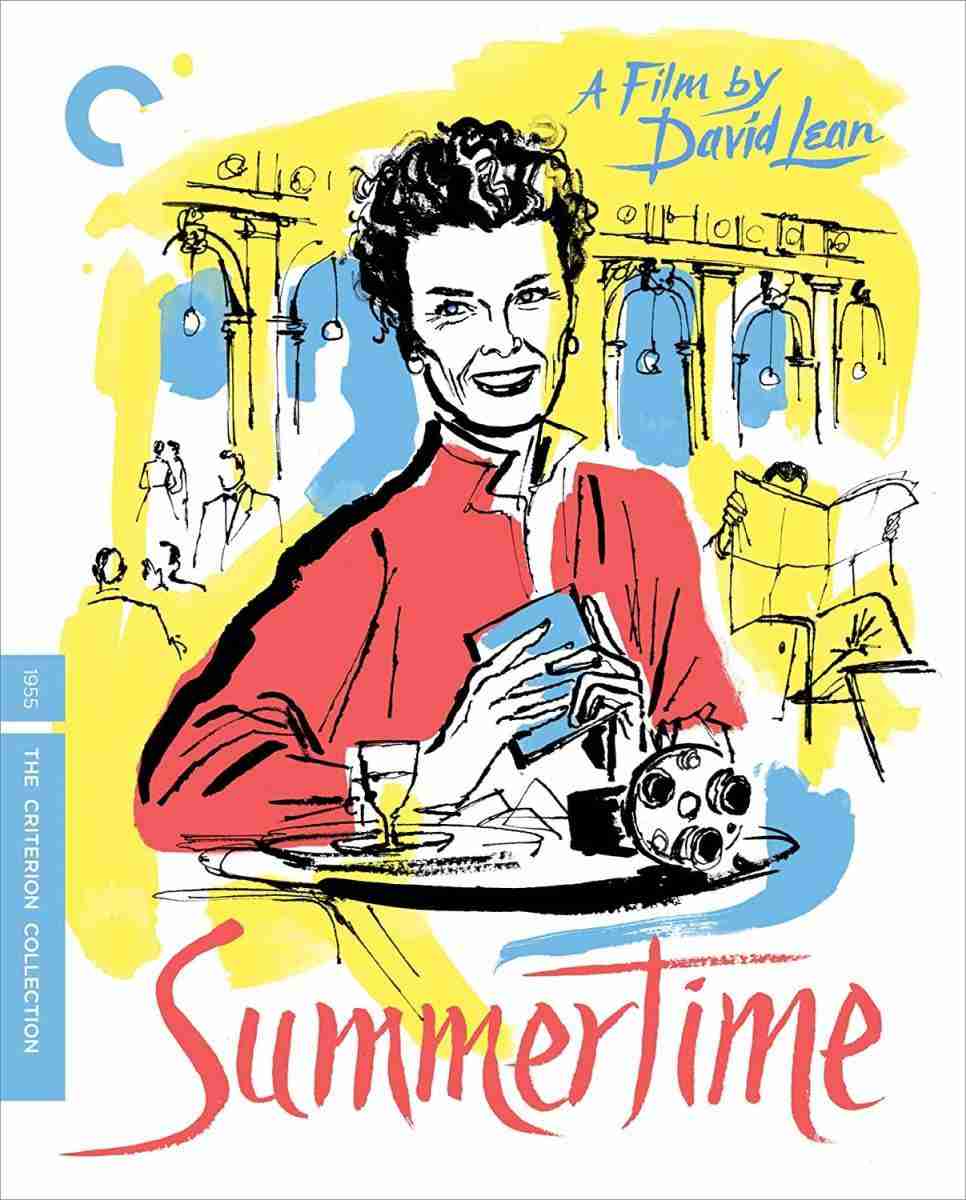 As the lonely and fragile Jane, Hepburn delivers a masterclass in tenderness, insecurity and vulnerability, and it’s an OSCAR-nominated performance that further cements her status as one of the screens greatest icons.

Cinematographer Jack Hildyard captures the film so beautifully and it is surely the most glorious cinematic depiction of Venice we have seen.

The Criterion Collection Blu-ray is presented from a new 4K digital restoration, sourced from the original 35mm negative, with uncompressed monaural soundtrack.

It is a huge upgrade on the now very old and very dated Criterion DVD release and Hildyard’s Technicolor cinematography has never looked so good! The image is significantly cleaner and clearer with improved colour saturation, texture, fine detail, black levels and grain. There is some light ‘hair in the gate’ type damage/debris at the very edge of the image on a couple of early scenes but other than that it is beautifully clean and the restoration is remarkably good.