Pathé has announced that THE LOST KING will receive its World Premiere at the 47th Toronto International Film Festival on Friday 9 September 2022 as part of the Special Presentations programme.

To mark the announcement, Pathé is launching the brand-new UK poster for THE LOST KING, along with a new shot from the film featuring Harry Lloyd in character as King Richard III (top image).

The film tells the remarkable true story of how one ‘ordinary’ woman overcame every obstacle to track down the final resting place of Richard III and give him an honourable burial.

THE LOST KING will be released in cinemas nationwide on 7th October 2022 which coincides with the 10th Anniversary of the discovery of the remains of Richard III, the last English king to die in battle. 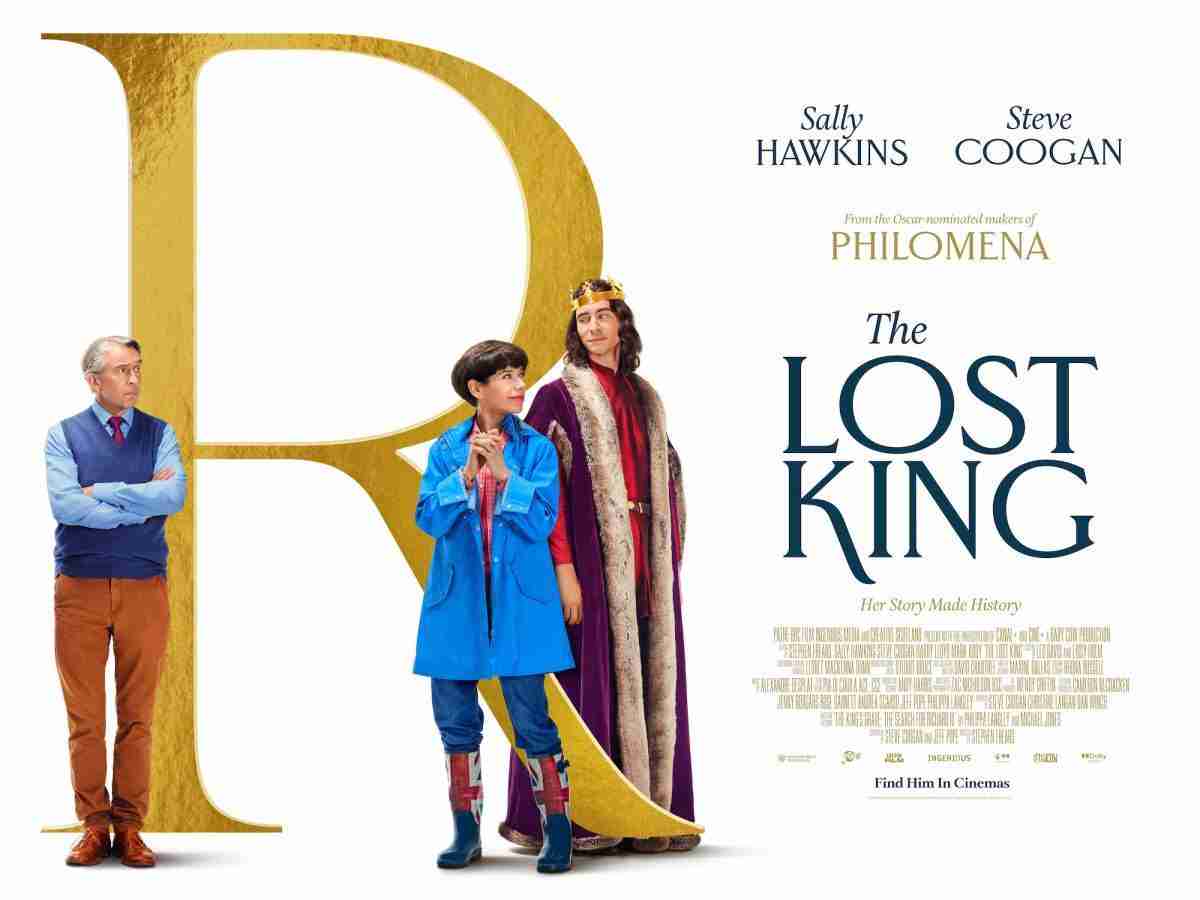 In 2012, having been lost for over 500 years, the remains of King Richard III were discovered beneath a carpark in Leicester.  The search had been orchestrated by an amateur historian, Philippa Langley, whose unrelenting research had been met with incomprehension by her friends and family and with scepticism by experts and academics. THE LOST KING is the life-affirming true story of a woman who refused to be ignored and who took on the country’s most eminent historians, forcing them to think again about one of the most controversial kings in England’s history.

The film is produced by Steve Coogan, Christine Langan (The Queen) and Dan Winch(A Very English Scandal) and is a Baby Cow production for Pathé, BBC Film, Ingenious Media and Screen Scotland. Executive Producers are Cameron McCracken and Jenny Borgars for Pathé; Rose Garnett for BBC Film; Andrea Scarso for Ingenious; Jeff Pope and Philippa Langley. The film was co-produced by Wendy Griffin.