Broadway revival of August Wilson’s ‘The Piano Lesson’ to begin performances at the Ethel Barrymore Theatre from 19 September 2022!

The Barrymore’s history with Wilson’s legacy stretches back to 1988, when the original production of Joe Turner’s Come and Gone (the second play in his American Century Cycle) premiered there to glowing reviews, earning the New York Drama Critics Circle Award for Best Play.

The Piano Lesson will be directed by Tony Award® nominee LaTanya Richardson Jackson – who is making her Broadway directorial debut and will be the first woman to ever direct an August Wilson play on Broadway – and stars Samuel L. Jackson as Doaker Charles, John David Washington as Boy Willie, and Danielle Brooks as Berniece. The cast also features Trai Byers as Avery, Ray Fisher as Lymon, April Matthis as Grace, and Michael Potts as Wining Boy.

Samuel L. Jackson returns to the play having played Boy Willie in the original Yale Repertory Theatre premiere back in 1987. 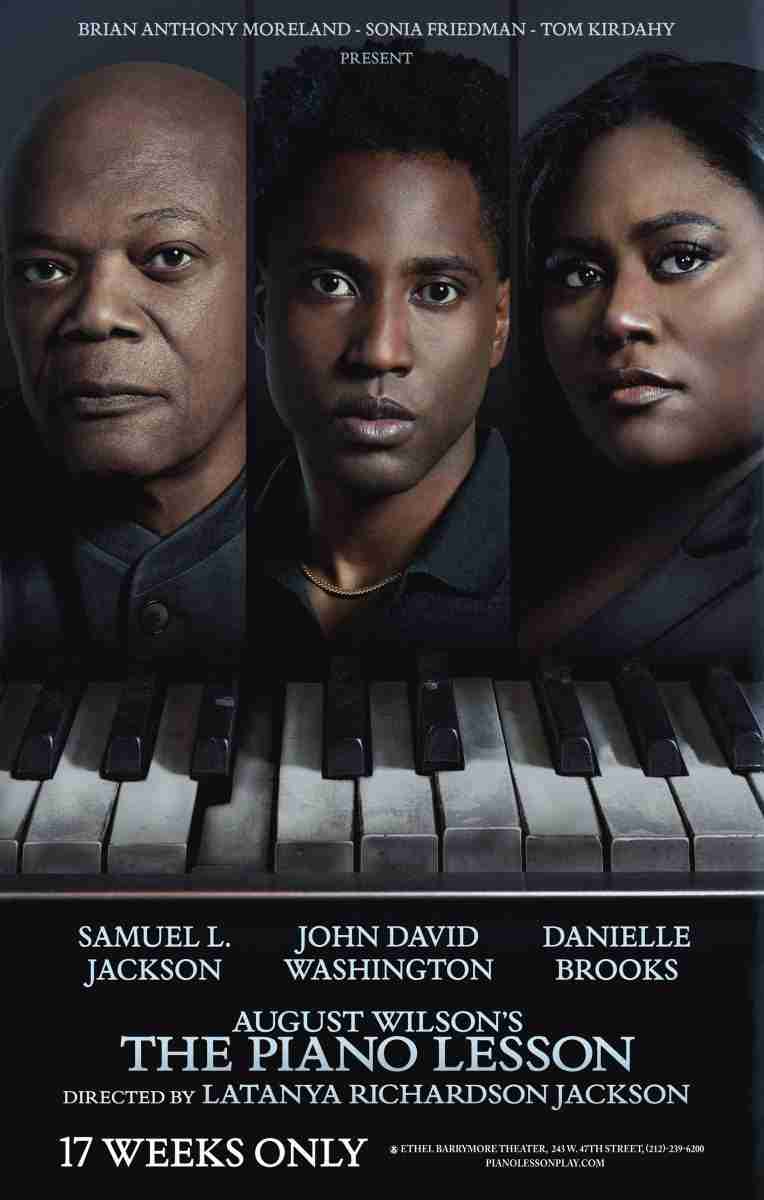 The Piano Lesson is set in Pittsburgh’s Hill District in 1936.  A brother and sister are locked in a war over the fate of a family heirloom: a piano carved with the faces of their ancestors. Only by revisiting history can the siblings endeavor to move forward. The Piano Lesson, wrote Frank Rich in The New York Times, “has its own spacious poetry, its own sharp angle on a nation’s history, its own metaphorical idea of drama and its own palpable ghosts that roar right through the upstairs window of the household where the action unfolds. Like other Wilson plays, The Piano Lessonseems to sing even when it is talking.”