For the operation, the team obtained the body of vagrant Glyndwr Michael and used him to create the false identity of Major William Martin, with the ambitious aim of tricking German intelligence into believing an Allied assault on Greece was planned and ultimately disguise an Allied invasion of Sicily. 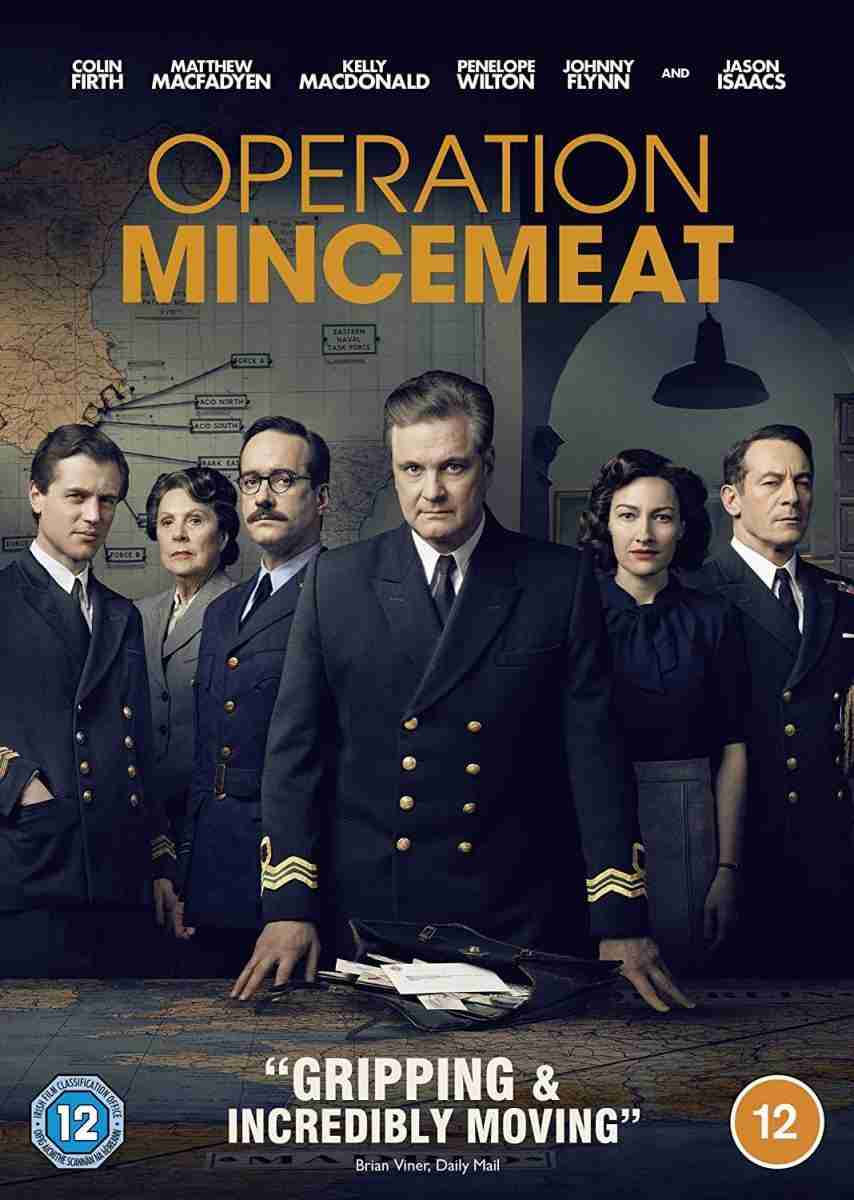 OPERATION MINCEMEAT is at its strongest when concentrating purely on the intricacies and various layers of the deception plan, which are quite frankly astonishing, but the film is spoiled by too many ridiculous fictionalised elements and sub-plots that do nothing to enhance the film and in fact overshadow the meticulous planning and strategy aspects that should have been the film’s sole focus.

What’s more, a bizarre and completely fictionalised love triangle invented between the central trio strikes as a hugely disrespectful creative decision, and in fact sullies the legacy and reputation of the real people behind one of the greatest deception strategies in military history.

Macdonald feels miscast as Jean and her accent sadly wanders throughout. Elsewhere though there are solid performances from a sturdy ‘Best of British’ ensemble cast including Firth, Macfadyen, Penelope Wilton, Jason Isaacs, Alex Jennings and Paul Ritter.

Working from Macintyre’s exceptional book, OPERATION MINCEMEAT had the potential to be something of a modern British classic, and there are some brilliant sequences. Sadly though, the fictional elements let it down and spoil what could and should have been a very strong film.

If you are interested in learning more about the authentic events of the operation, without the unnecessary padding, then just get yourself a copy of Macintyre’s brilliant book.