After witnessing firsthand the murder of his father, a Viking prince (Alexander Skarsgård) devotes his life to avenge his father’s death, save his mother and reclaim his kingdom in Visionary director Robert Eggers‘ revenge epic, THE NORTHMAN, available to Download & Keep on 4 July 2022 and on 4K Ultra HD Collector’s Edition, Blu-rayTM and DVD on 18 July 2022 from Universal Pictures Home Entertainment.

Co-written by Eggers and Sjón, and based on the Scandinavian legend of Amleth, the film stars Alexander Skarsgård, Nicole Kidman, Claes Bang, Anya Taylor-Joy, Ethan Hawke, Björk, and Willem Dafoe. 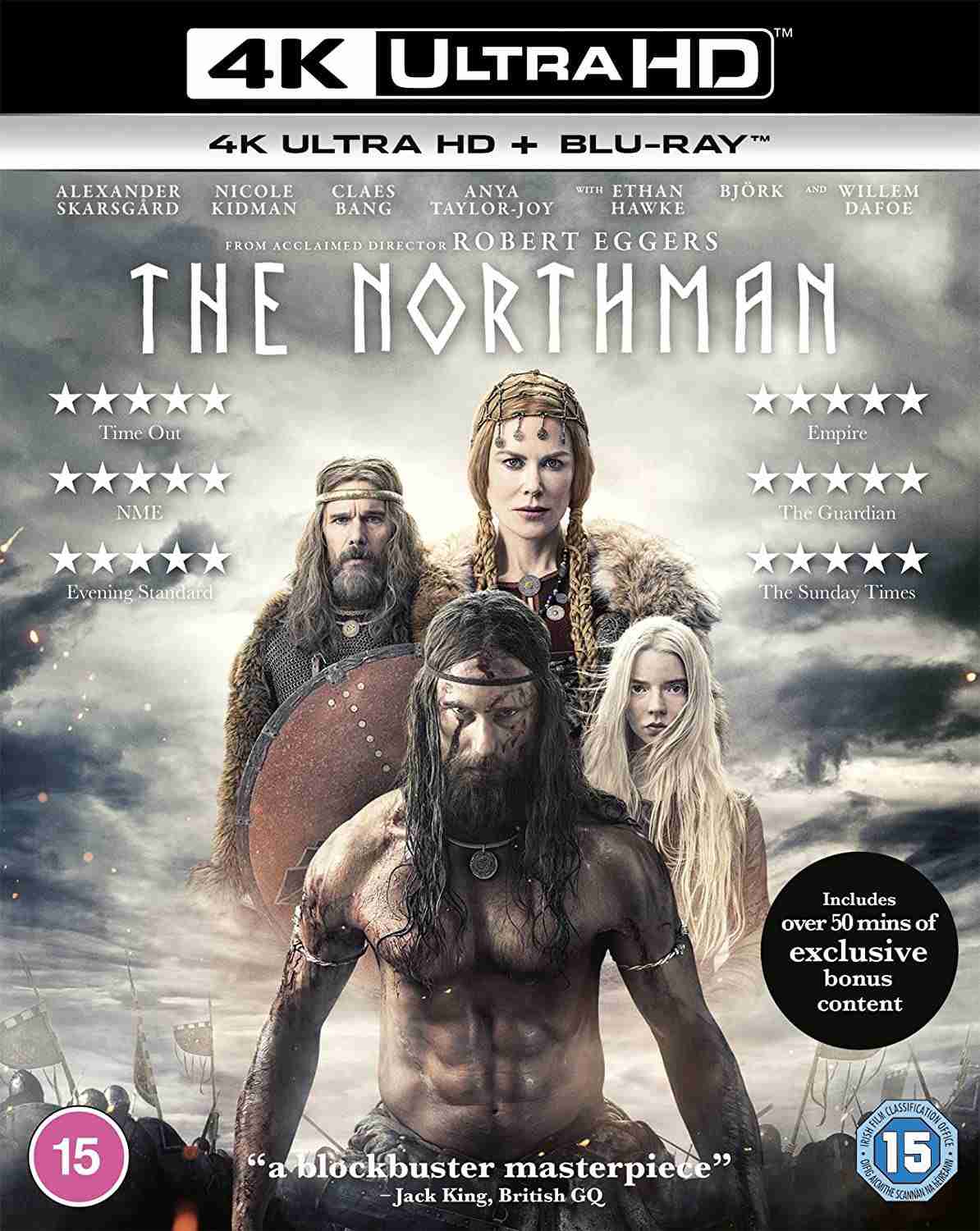 history and mythology in an effort to make THE NORTHMAN the most accurate Viking epic ever filmed.