World-renowned detective Sherlock Holmes and his colleague Dr Watson are asked to unravel the mystery surrounding the untimely death of Sir Charles Baskerville. With rumours of a cursed giant hound loose on the loose moors, they must act fast in order to save the Baskerville family’s last remaining heir. This ingenious adaptation combines an exhilarating collision of farce, theatrical invention and wonderfully comic performances to offer a brand-new twist on the greatest detective story of all time. 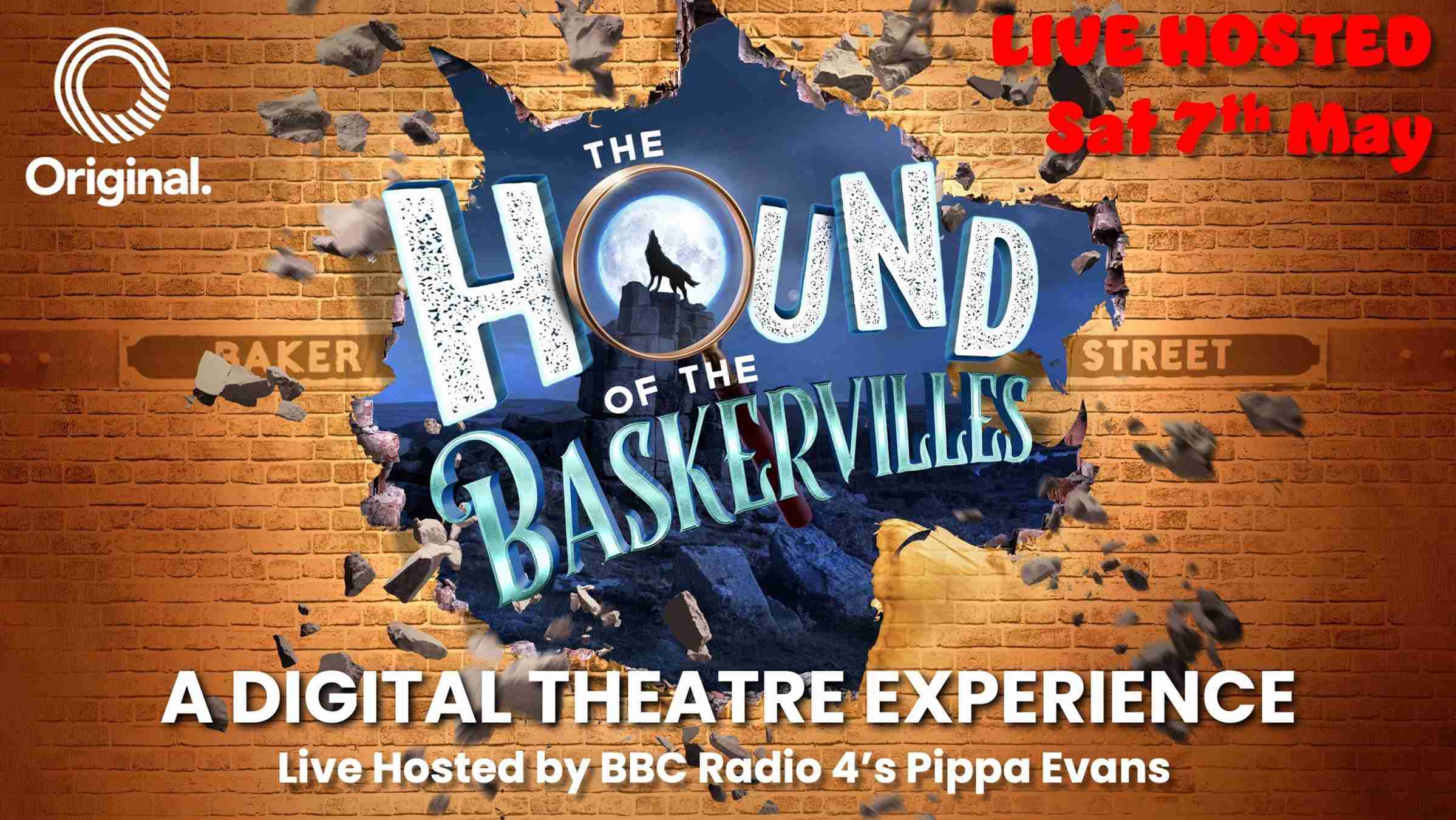 In an innovative new approach – combining live streaming with pre-filmed content, “The Hound of the Baskervilles – A Digital Theatre Experience” will feature unique wraparound content with pre-show and interval entertainment in the form of hi-jinx with Mischief Theatre actor Niall Ransome (who plays Dr Watson in the production), a riotous “Baskerville Bingo” and a post-show Q&A – all with live interactive hosting by Showstoppers’ Olivier Award-winning comedian Pippa Evans.

The show stars Jake Ferretti (The Kitchen, The Curious Incident of the Dog in the Night Time, The Understudy) as Sherlock Holmes, Serena Manteghi (Welcome To Iran, To Build a Rocket, Mrs Wilson) as Sir Henry and Niall Ransome (Mischief Movie Night, The Comedy About A Bank Robbery, Fcuk’d) as Dr. Watson.

“The Hound of the Baskervilles – A Digital Theatre Experience” will be broadcast on 7th May 2022 from 7.15pm. The event will then also be available On-Demand on Digital Theatre’s Events platform for two weeks.