‘The Godfather Trilogy’ is available now on 4K Ultra HD for the first time!

Remastered and restored in 4K with HDR-10 and Dolby Vision, Francis Ford Coppola’s towering crime trilogy now arrives on glorious 4K Ultra HD for the very first time in one truly essential collection, in celebration of the 50th anniversary of the Academy Award-winning epic first film in the trilogy, The Godfather (1972).

Co-written by Francis Ford Coppola and Mario Puzo, and based on Puzo’s own best-selling 1969 novel of the same name, this landmark saga chronicles the rise and fall of the Italian American Corleone family from humble Sicilian beginnings through to the creation of a criminal empire in New York City. 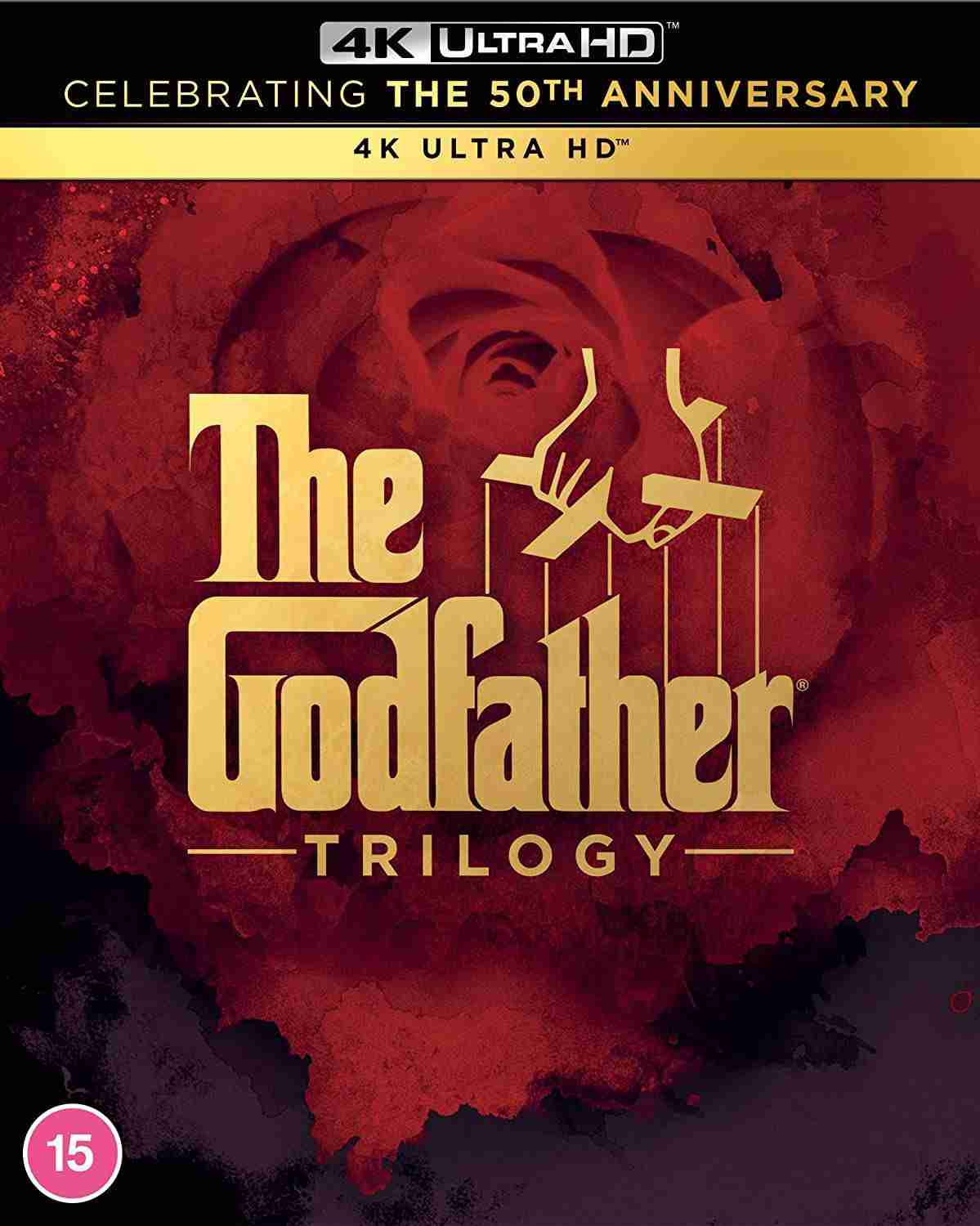 In preparation for the 50th anniversary of the first film’s original release on 24 March 1972, Paramount and Coppola’s production company American Zoetrope undertook a painstaking restoration of all three films over the course of three years.

Every effort was made to create the finest possible presentation for today’s audiences who can watch the films using technology that has advanced dramatically since 2007 when the last restoration was completed by eminent film historian and preservationist Robert Harris.  Using that work as a blueprint, the team spent thousands of hours to ensure that every frame was evaluated to create the most pristine presentation while remaining true to the original look and feel of the films.

For the restoration: Over 300 cartons of film were scrutinised to find the best possible resolution for every frame of all three films; over 4,000 hours were spent repairing film stains, tears, and other anomalies in the negatives; and over 1,000 hours were spent on rigorous color correction to ensure the high dynamic range tools were respectful of the original vision of Coppola and cinematographer Gordon Willis.

The results are quite simply outstanding, and the magnificent Dolby Vision presentations offer rich, beautifully graded colours, deep blacks and excellent contrast to enhance Gordon Willis’ painterly cinematography, which was sadly overlooked by the Academy. The 4K presentation isn’t always razor sharp, but it remains authentic and filmic, with fine grain and well defined details and textures throughout.

With all restoration work overseen by Coppola, this stunning 4K set restores the films to their original, filmic glory, remaining wholly faithful to the original look and feel, and giving fans the most glorious presentations they could hope for.

For the audio, Paramount has included the previously restored Dolby TrueHD 5.1 lossless soundtracks, which were meticulously restored and approved by sound editor and mixer Walter Murch in 2007, and the original Dolby Digital 2.0 Mono tracks for The Godfather and The Godfather: Part II, which have both been newly restored.

The 2.0 tracks are clean and nicely restored but obviously lack the immersive fullness of the 5.1 surround tracks.

Some viewers may be a little disappointed that no new Atmos tracks have been included, however, as fans will appreciate, those remastered 5.1 tracks are exceptional and pretty much impossible to fault, so it is great to now hear those audio tracks alongside the most perfect video presentations of the film we have seen.

For Godfather fans and general cinephiles alike, this is a practically perfect box set and probably the best release of the year so far. Come December it will surely be at the top (or close to) of many ‘Best Of’ roundup lists so it is an absolute must have addition to any good home entertainment collection!