New England, 1630: An English farmer (Ralph Ineson) – upon threat of banishment by the church – leaves his colonial plantation and relocates to a remote plot, surrounded by an ominous forest, with his wife (Kate Dickie) and their children… But deep in the dark woods lurks an unknown evil.

Strange and unsettling things start to occur, animals turn malevolent, crops start to fail. Then one of the children disappears and another becomes worryingly sick, could he be possessed by an evil spirit? With mounting paranoia, suspicion falls on eldest daughter Thomasin (Anya Taylor-Joy) and they accuse her of witchcraft… then darkness descends.

THE WITCH comes packed with special features on both discs, brand new interviews, new and archive commentaries, a short film by the director, and more! The set is presented in a rigid slipcase with new artwork by Peter Diamond, a 150-page hardback book featuring brand new essays and collector’s art cards. 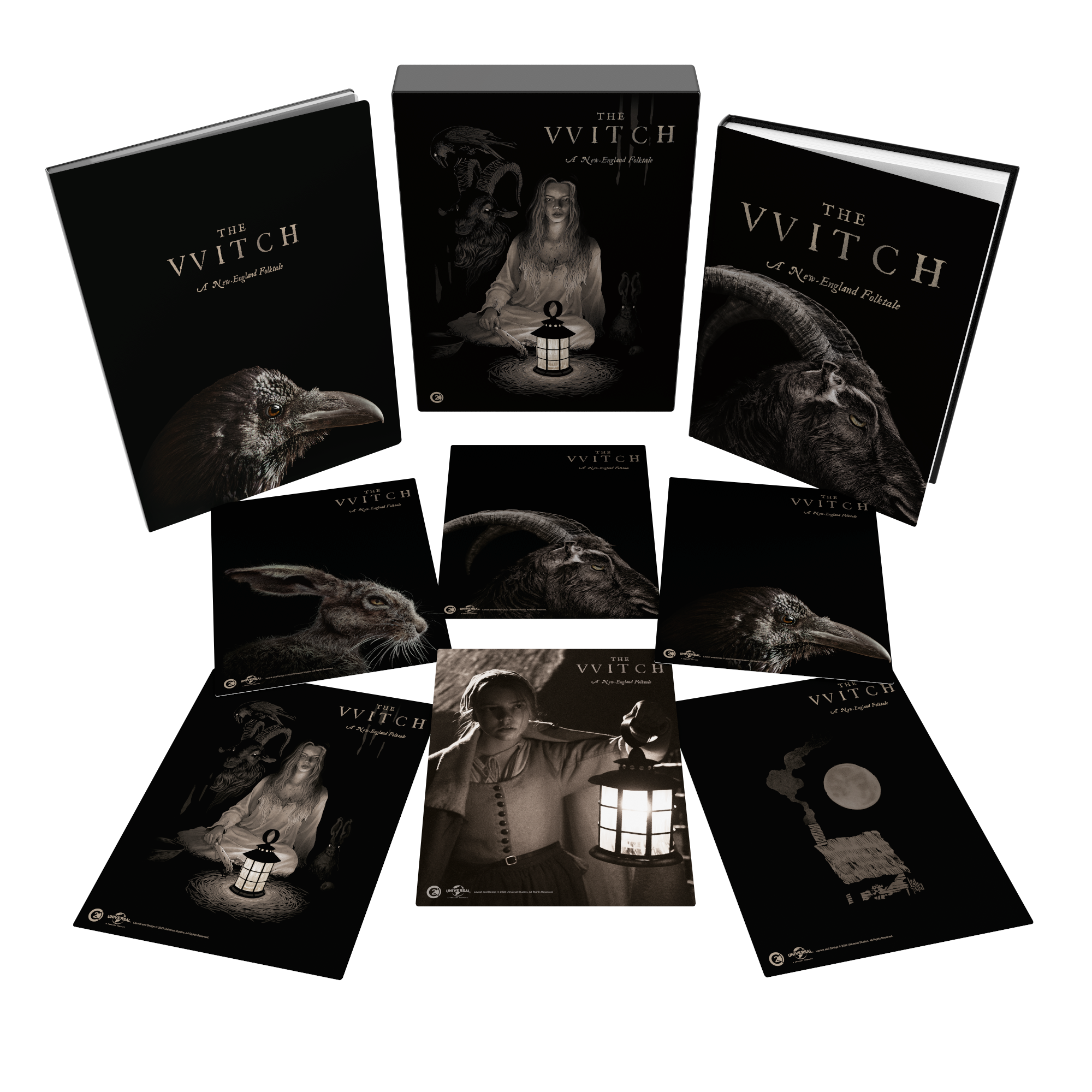