Based on the real history of an English village during the Great Plague, The Hemlock Cure is available now in Hardback, Ebook and Audio formats courtesy of Little, Brown Book Group‘s Sphere imprint.

Joanne Burn‘s anticipated second novel is an utterly beguiling tale of fear and ambition, betrayal, self-sacrifice and the unbreakable bond between two women.

Meticulously researched, Burn interweaves thrilling fiction with real events that took place in Eyam, the first village outside London to be hit by the plague in 1666 and the first place in Britain to go into self-imposed quarantine. 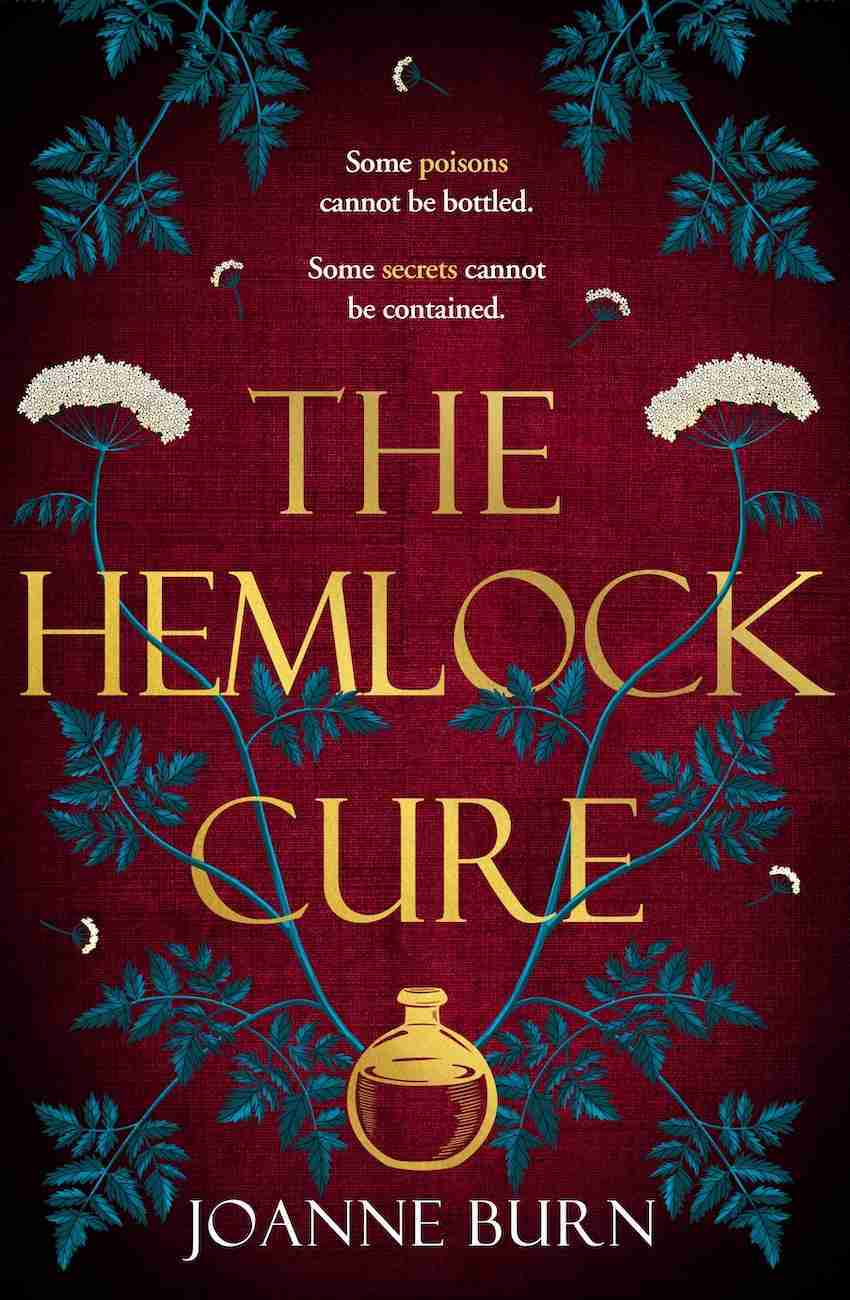 Isabel Frith, the village midwife, walks a dangerous line with her herbs and remedies. There are men in the village who speak of witchcraft, and Isabel has a past to hide. So she tells nobody her fears about Wulfric, the pious, reclusive apothecary.

Mae, Wulfric’s youngest daughter, dreads her father’s rage if he discovers what she keeps from him. Like her feelings for Rafe, Isabel’s ward, or the fact that she studies from Wulfric’s books at night.

But others have secrets too. Secrets darker than any of them could have imagined.

When Mae makes a horrifying discovery, Isabel is the only person she can turn to. But helping Mae will place them both in unimaginable peril.

And meanwhile another danger is on its way from London. One that threatens to engulf them all . . .