‘The Phantom of the Open’ will now be released in cinemas across the UK & Ireland on 18th March 2022! ⛳️

Entertainment One (eOne) has today announced that the heartwarming, feel-good biographical comedy drama, THE PHANTOM OF THE OPEN, which had its world premiere at the 65th BFI London Film Festival, will now be released in cinemas across the UK and Ireland on 18th March 2022.

The film is directed by filmmaker and BAFTA® Cymru Award winning actor Craig Roberts from a screenplay by BAFTA winning writer Simon Farnaby (Paddington 2), adapted from his own book “The Phantom of the Open: Maurice Flitcroft, The World’s Worst Golfer”, co-written by Scott Murray.

THE PHANTOM OF THE OPEN tells the remarkable true story of Maurice Flitcroft, a crane operator and optimistic dreamer from Barrow-in-Furness who, with the support of his family and friends, managed to gain entry to the 1976 British Open qualifying, despite never playing a round of golf before. With pluckiness and unwavering self-belief, Maurice pulls off a series of stunning, hilarious and heartwarming attempts to compete at the highest level of professional golf, drawing the ire of the golfing elite but becoming a British folk hero in the process. 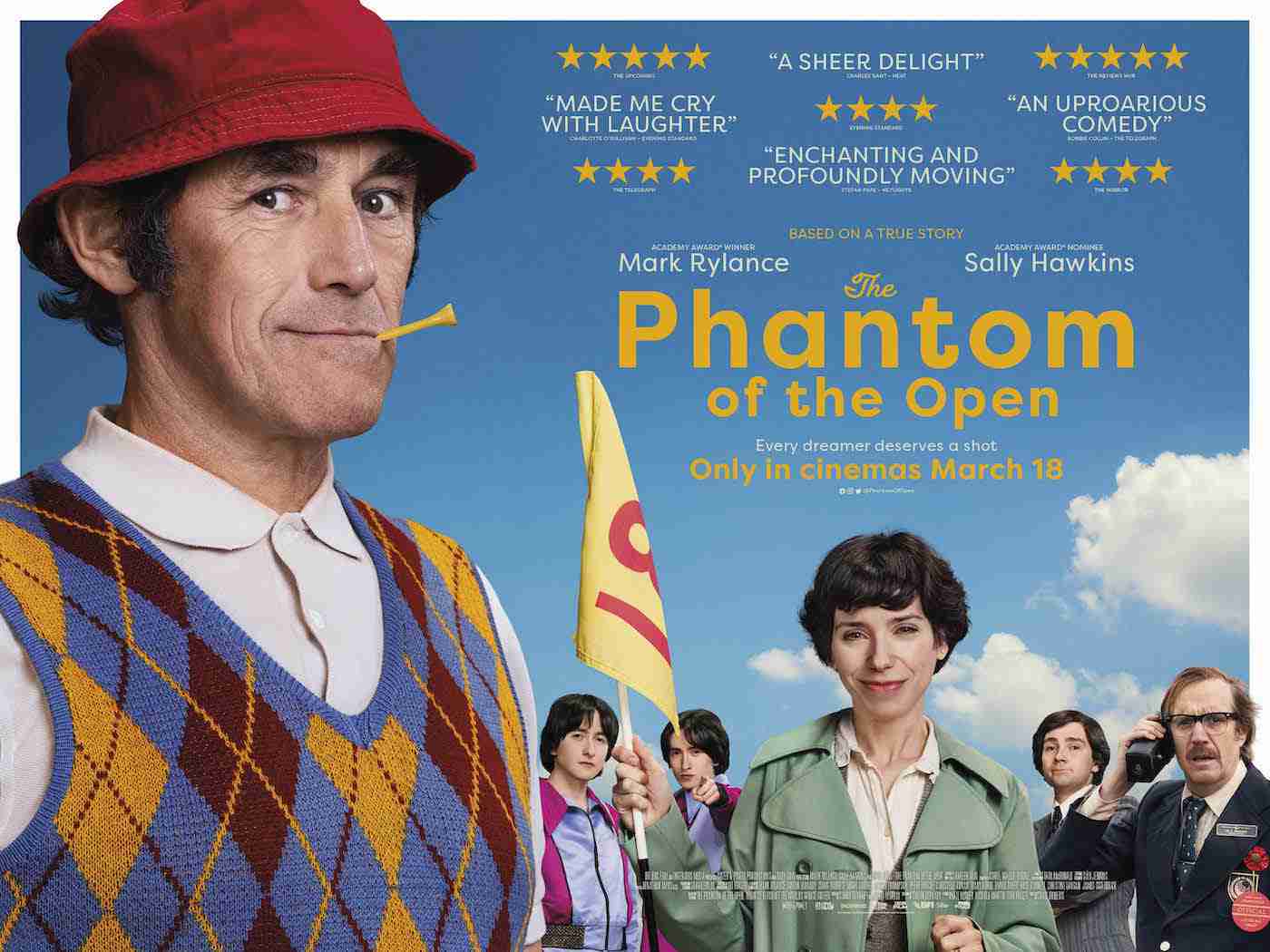 The film is a co-production between Water & Power Productions and Baby Cow Productions, and is produced by Kate Glover, Nichola Martin, and Tom Miller.

The film was developed by the BFI, awarding funds from the National Lottery, and BBC Film. Funding came from the BFI, BBC Film and Ingenious Media.