As another strange year draws to a close, it is time to round-up a selection of our favourite Home Entertainment highlights from the past twelve months.

It has been another very strong year in Home Entertainment that saw essential new releases and remasters from some of the best loved labels and distributors around. 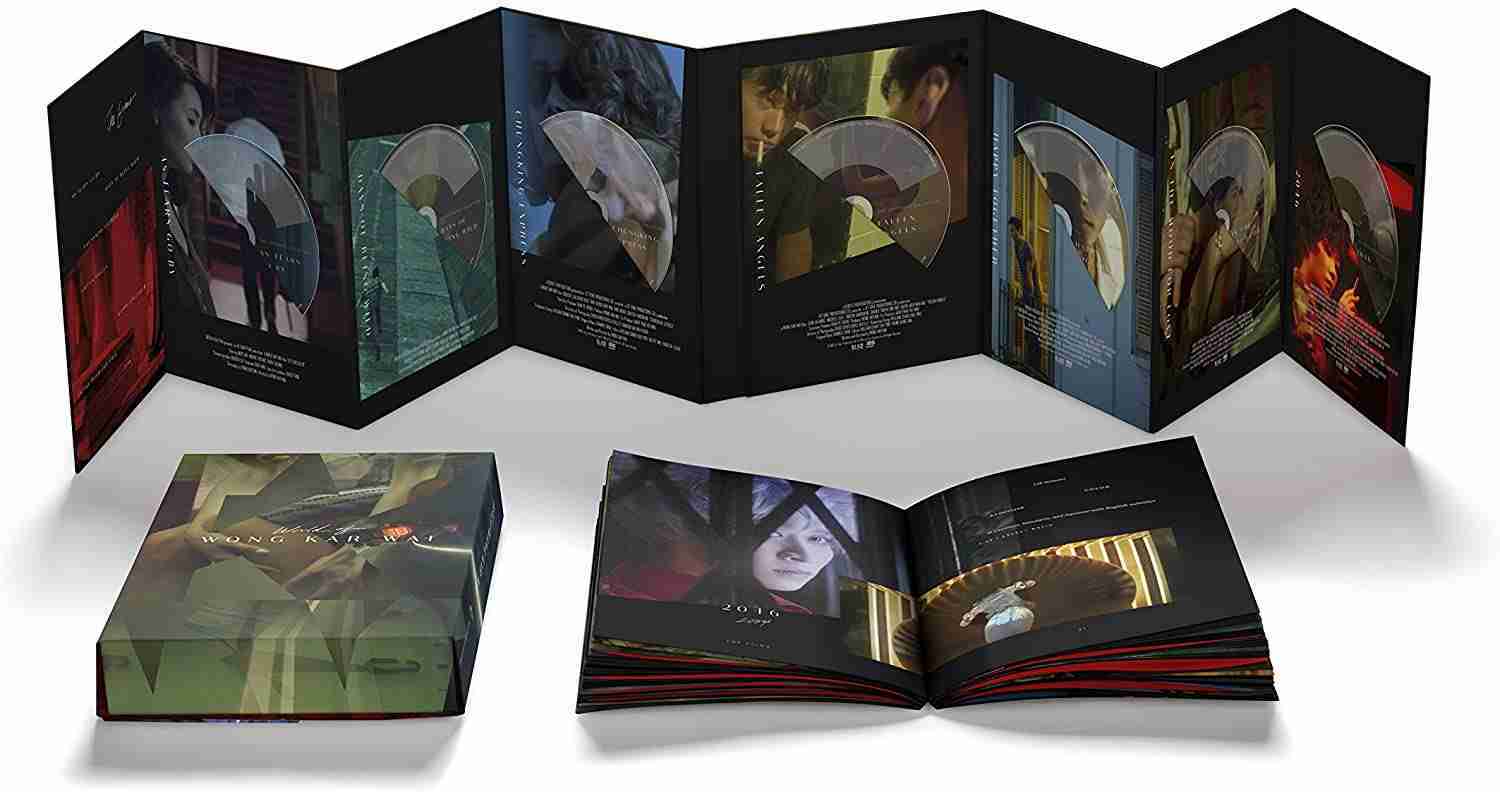 It topped our ‘Best of 2021 … so far!’ list in June and it remains one of 2021’s very best releases. The jewel in another very strong year for the Criterion Collection.

WORLD OF WONG KAR WAI is the definitive Wong Kar Wai box set that cinephiles have been waiting for for a very long time and it firmly deserves a place on any 2021 ‘Best Of’ round-up.

Thankfully, this stunning new Criterion Collection release, featuring deluxe artwork, a lavish booklet and a wealth of new bonus features, does not disappoint, and it is something of a treasure trove for fans of great cinema and his masterful films.

Featuring new 4K digital restorations of seven of the director’s best loved works, including In the Mood for Love, Chungking Express, and Fallen Angels, and with 5.1 surround DTS-HD Master Audio soundtracks on five of those films, WORLD OF WONG KAR WAI is the must have collection that fans have long sought after.

If there is one complaint it is that the packaging is too flimsy and can be easily damaged, which is rather disappointing given the steep price, however the contents are exceptional, so if you do decide to splash out then the discs themselves certainly won’t disappoint. 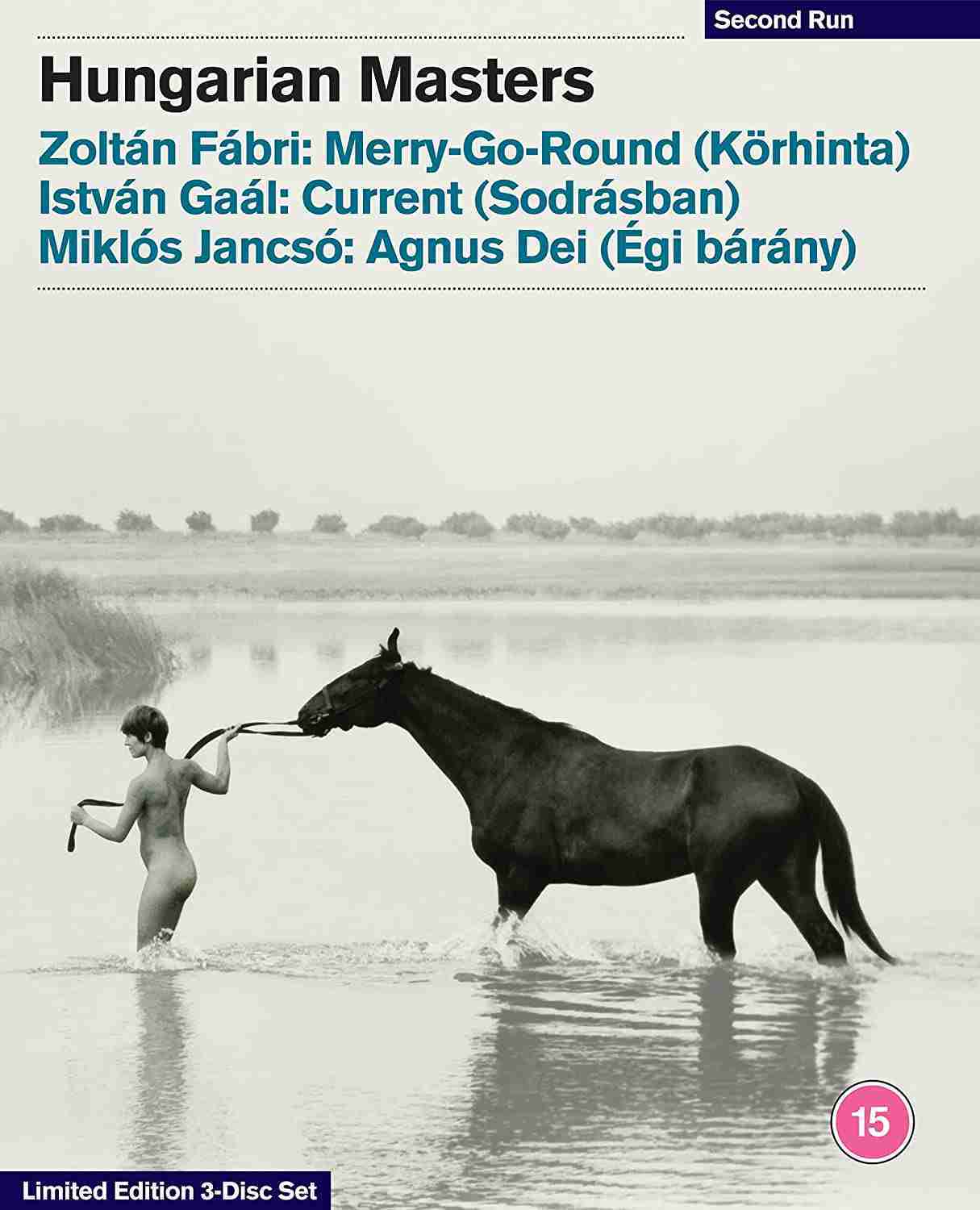 Second Run have capped off an exceptional year with this magnificent new box set featuring three of Hungarian cinema’s finest films (arguably the three finest), all presented from new 4K restorations by the National Film Institute Hungary and on Blu-ray for the very first time anywhere in the world.

If you are new to Hungarian cinema then the three gems featured in this set are a great place to start!

Quite simply put, it is an absolute ‘must own’ release! Simply brilliant! 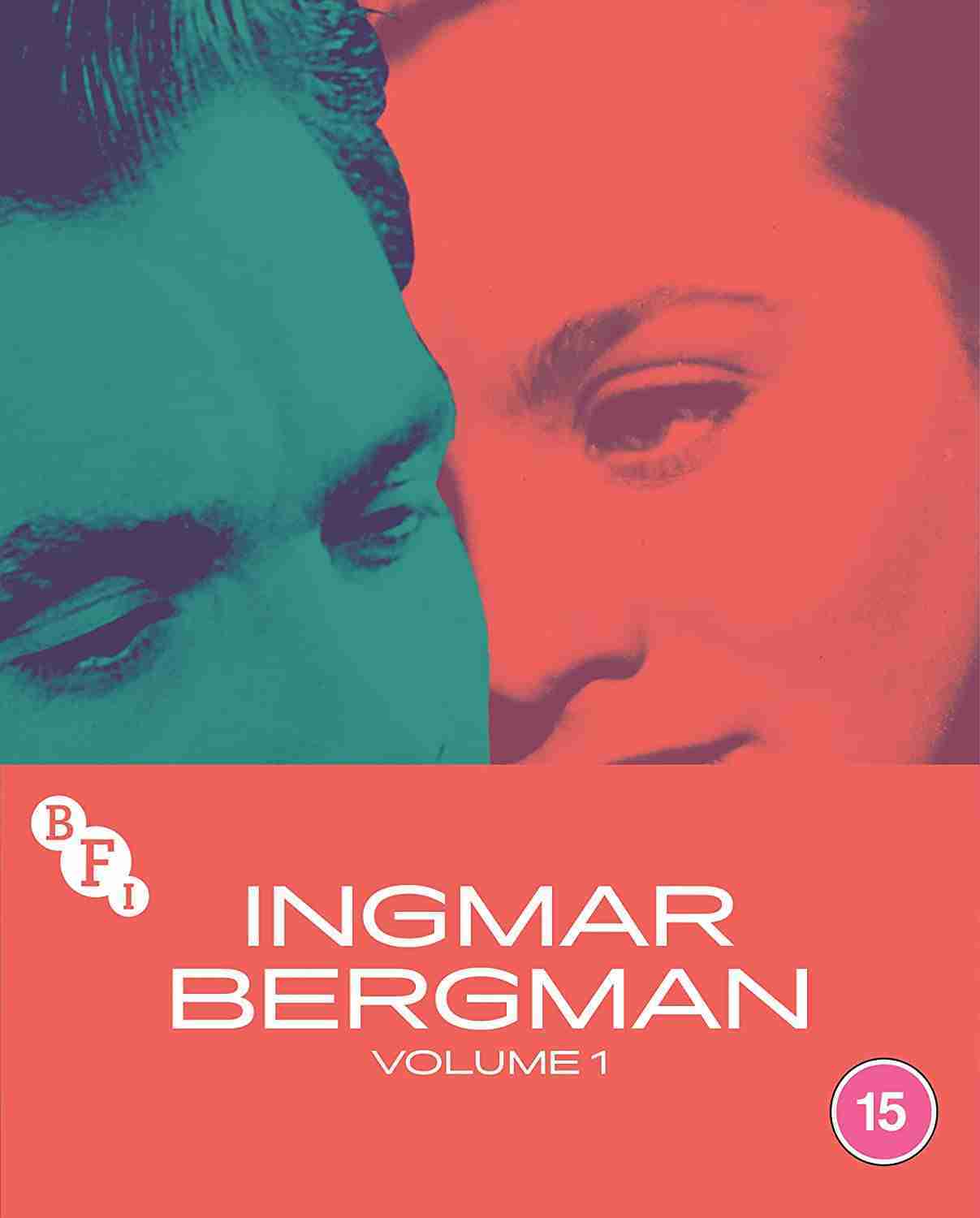 The first in what is set to be a four-volume celebration of the work of one of cinema’s greatest filmmakers, Ingmar Bergman Vol. 1 is a Limited Edition five-disc box set exploring eight fascinating films either written or directed by the great auteur in the early stages of his career.

The eight films are split across five discs and all presented from new 2K restorations.

Ingmar Bergman Vol. 1 was released back in July and a second volume – Ingmar Bergman Vol. 2 – featuring many of Bergman’s best known and most acclaimed works, including The Seventh Seal (1957) and Wild Strawberries (1957), followed in November.

Both volumes deserve to make any ‘Best Of’ list in fairness, however Volume One just edges ahead simply for the scarcity of the films presented; lesser known/seen early works made in the mid-to-late 1940s which give us a fascinating glimpse at the style and themes that Bergman would continue to develop over the decades that followed.

The BFI has really pulled out all the stops for this stunning new series and both volumes are essential additions to any good collection! 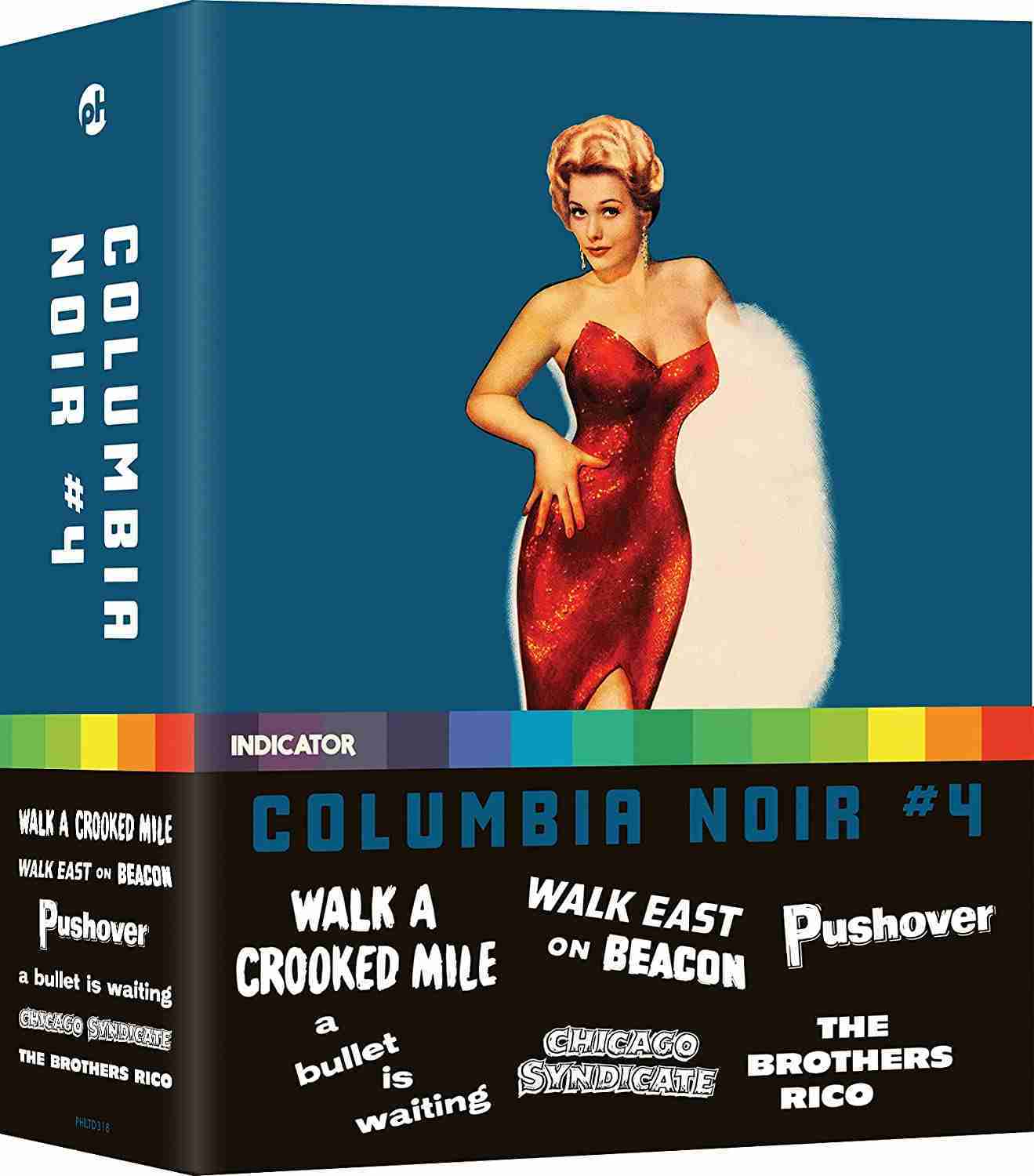 As with the Bergman box sets, Powerhouse Films’ Columbia Noir series is so exciting and so thrilling that each and every volume thoroughly deserves a place on any end of year round-up feature, so this could have easily been either Columbia Noir #3 (released in May) or Columbia Noir #4 (released in September), as both are must haves for collectors.

There’s a debate to be had over whether the films included in these sets do actually qualify as true film noirs, as many tend to be hardboiled contemporary crime thrillers exploring police issues of the time; in fact, one of the films featured in Volume 4 is a technicolor western drama-thriller which does feel rather out of place.

That said, the films themselves are real gems, and it is brilliant to see these lesser known b-movie classics presented from pristine new restorations and housed in excellent presentation box sets.

The Indicator Series is going from strength to strength, and long may the Columbia Noir box sets continue! 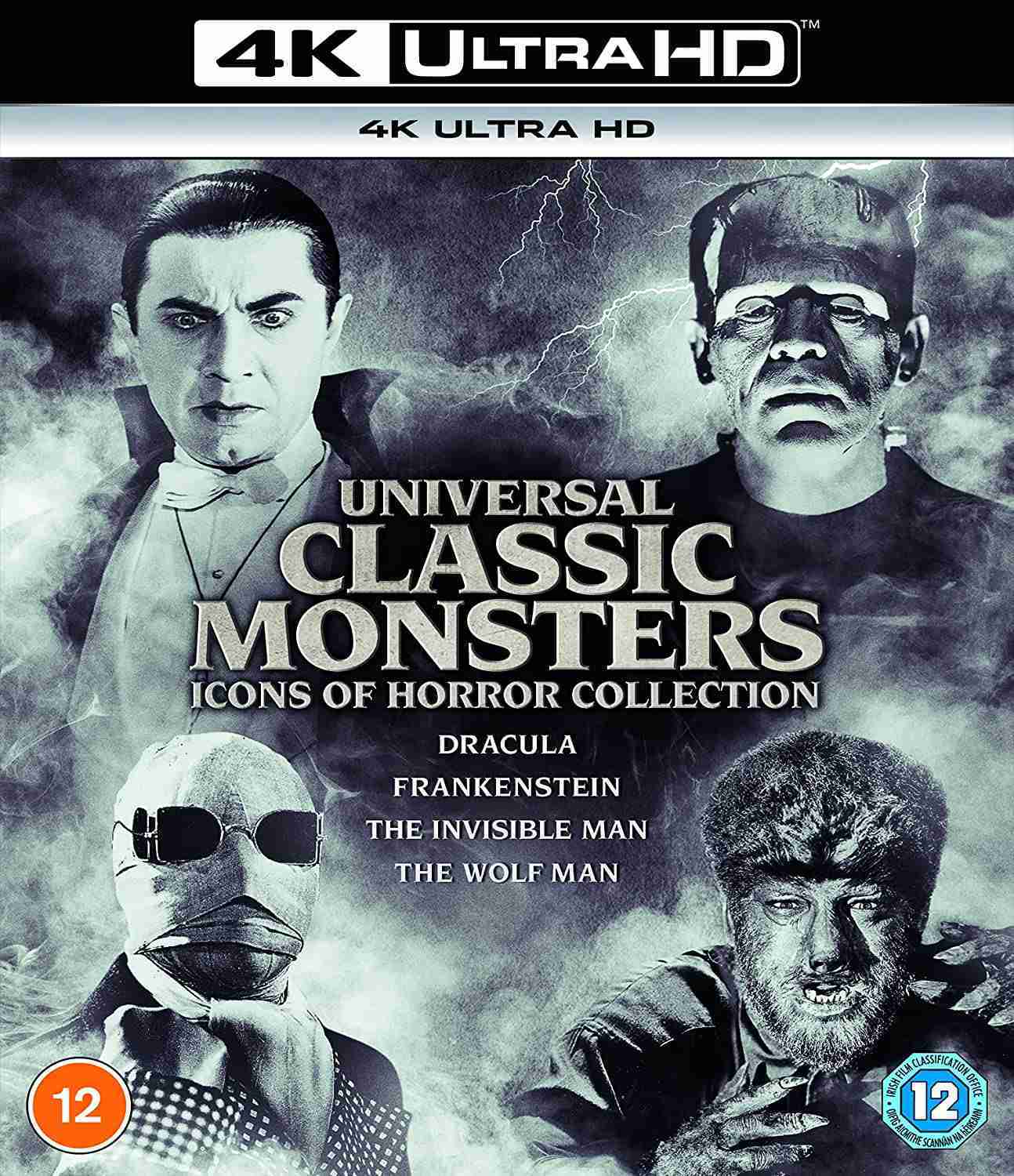 Released in the lead up to Halloween, Universal Classic Monsters: Icons of Horror Collection celebrates nine decades of our favourite Hollywood monsters with new restorations of four of the most iconic horror films in motion picture history: Dracula, Frankenstein, The Invisible Man and The Wolf Man; all of which are presented on 4K Ultra HD for the very first time in the UK and look and sound as strong as you could possibly hope for.

There isn’t really much more than needs to be said about this release other than, if you’re a fan of classic Universal horrors and want to own the best possible versions of these films – Dracula and Frankenstein are particularly stunning – then this is one box set you need to have in your collection. 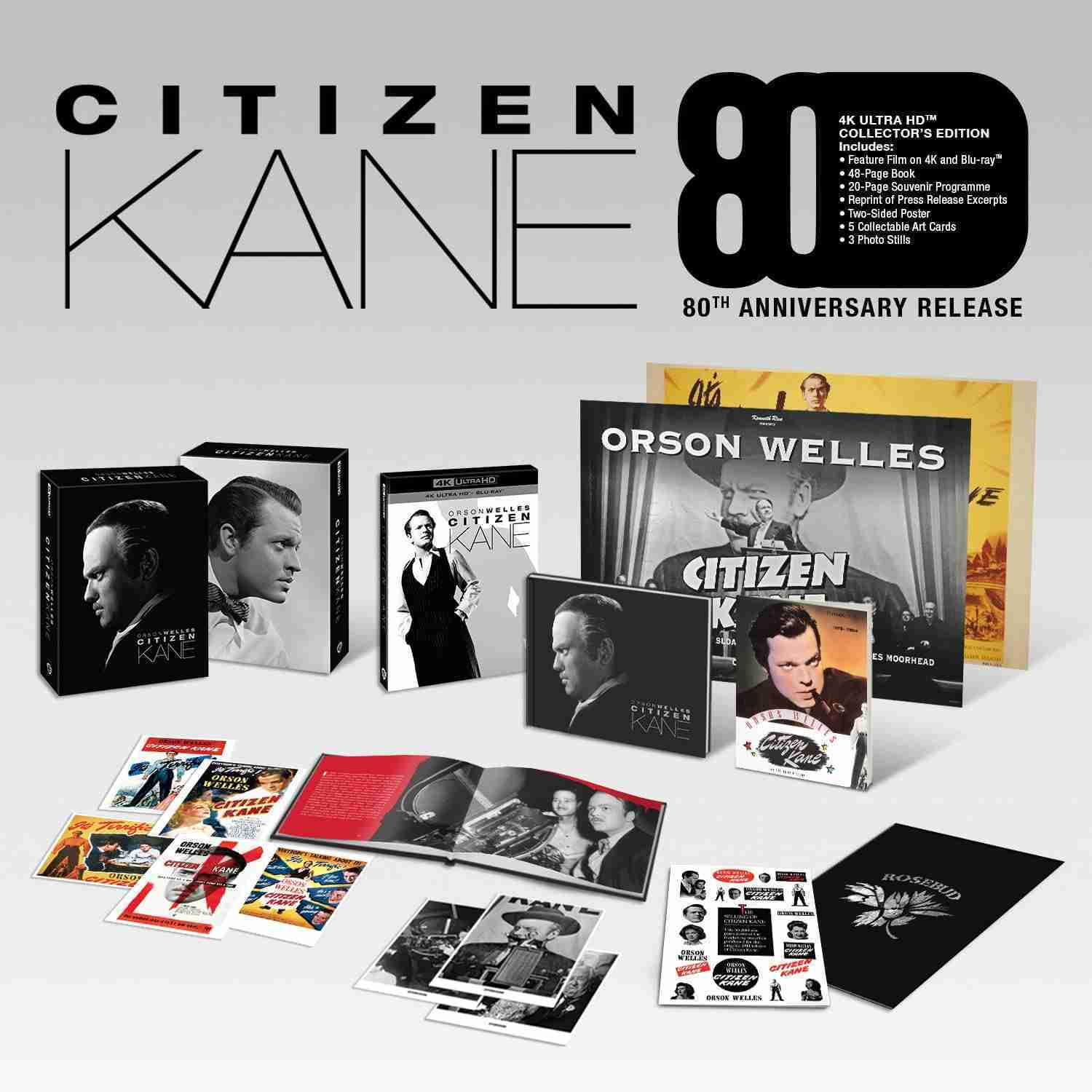 Want to own the best version of arguably the greatest film ever made? If so, then this new 80th anniversary 4K Ultra HD Collector’s Edition of Orson Welles’ towering 1941 masterpiece is definitely something you need to add to your collection … and it’s worth every penny!

Warner’s new restoration is glorious, and the resulting 4K HDR10 presentation boasts rich, textured and beautifully clean video and an improved DTS-HD Master Audio 2.0 soundtrack. Given the original film materials used in the restoration, it is hard to imagine the film ever looking better than it does here. 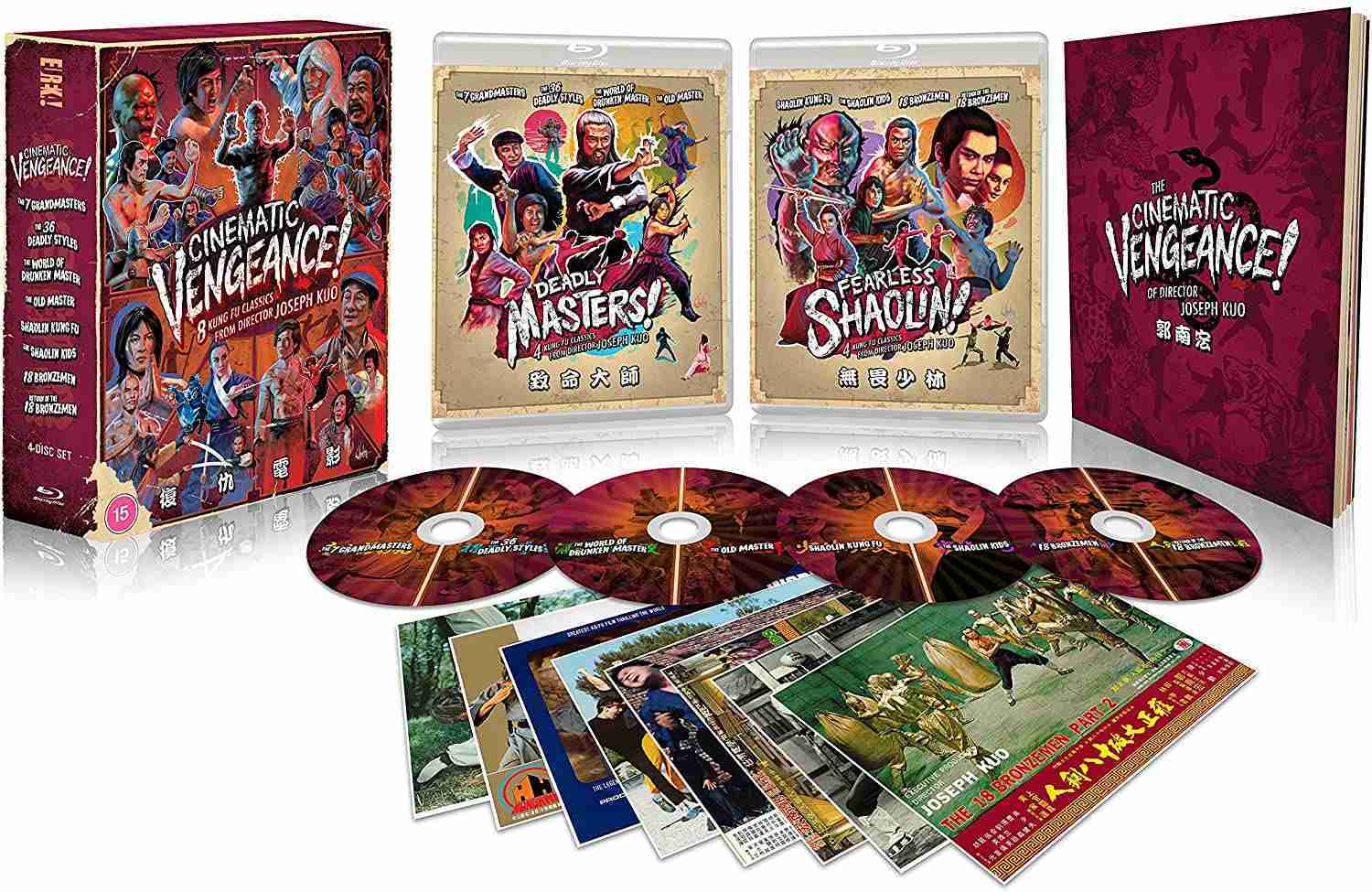 A Limited Edition of just 2000 copies, and housed in a stunning hardbound Case featuring newly commissioned artwork by Darren Wheeling, this superb collection brings together eight crowd-pleasing and independently made Kung Fu classics from writer, director and producer, Joseph Kuo.

The eight films featured – including The 7 Grandmasters, The 36 Deadly Styles, The World of Drunken Master, and The Old Master – are split across four Blu-ray discs and are all fully restored and presented in 1080p HD for the very first time.

Also included in the set is a 60-page booklet featuring new writing on the films by James Oliver, and a set of 8 facsimile lobby cards.

The restorations of all films are exceptional given the quality of previously available DVD prints, and Kung Fu fans will be thrilled by the superb quality of both video and audio across all discs.

Cinematic Vengeance is just the latest in an ongoing series of golden age martial arts sets released as part of the Eureka Classics range, and Eureka Entertainment deserve enormous credit for the excellent work they have done in breathing new life into these much loved classics of the genre. An essential pick up for all Kung Fu fans! 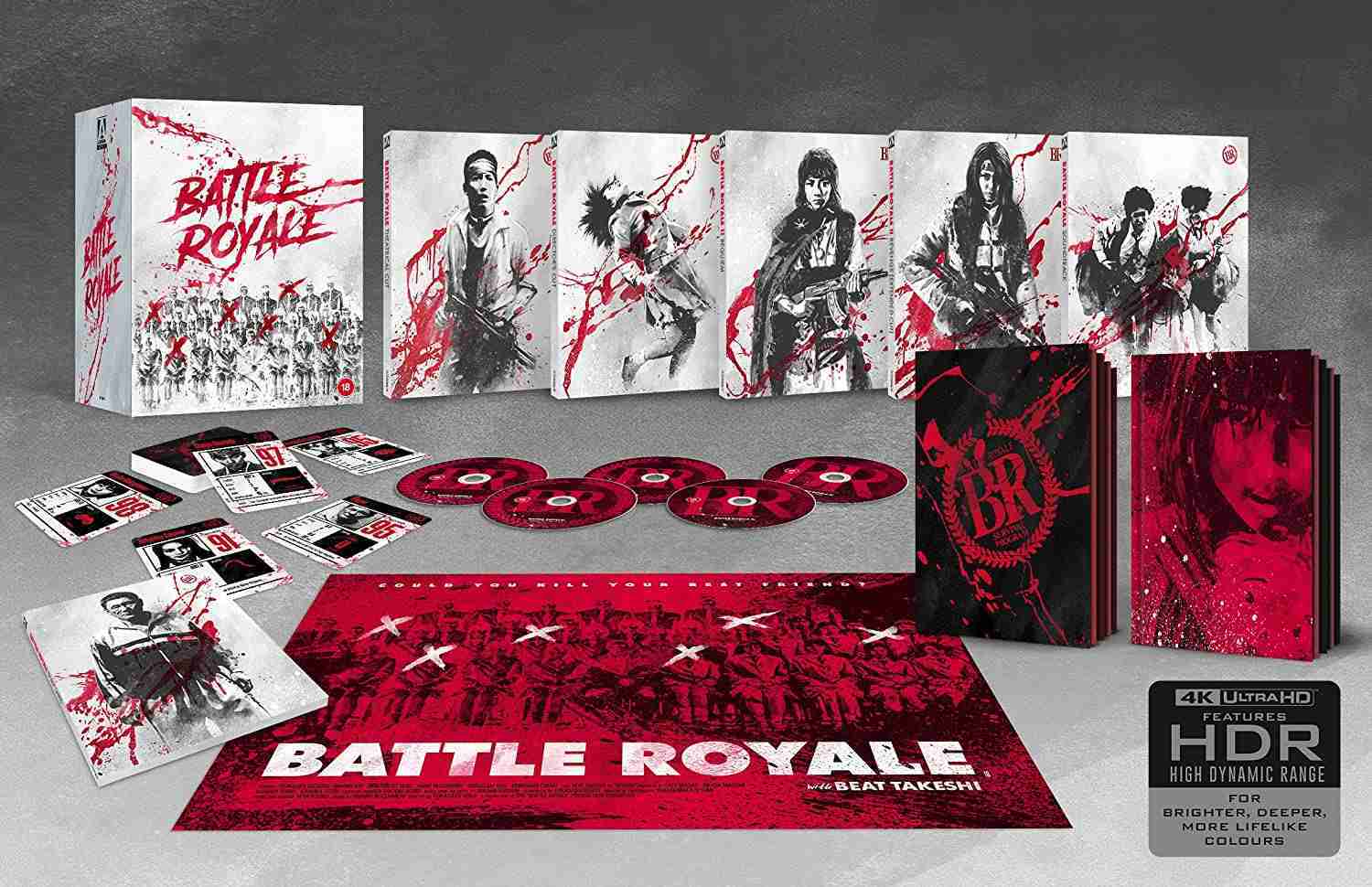 Arrow Films have pulled out all the stops with this lavish Limited Edition 4K Ultra HD box set celebrating the hugely influential Japanese action thriller, BATTLE ROYALE, an alternate dystopian vision of turn-of-the-millennium Japan which has become something of a cult phenomenon since it was first released back in 2000.

Packed full of special features, and featuring stunning artwork, this 5-disc set includes brand new 4K restorations of both the Original Theatrical Version and Special Edition Director’s Cut of the film, taken from the original camera negative by Arrow Films and approved by Kenta Fukasaku, son of the film’s director Kinji Fukasaku. Both versions are presented in Dolby Vision.

A Limited Edition and selling fast, this stunning new box set is absolutely essential for franchise fans and those new to the film, and will make a great addition to any good or growing collection! 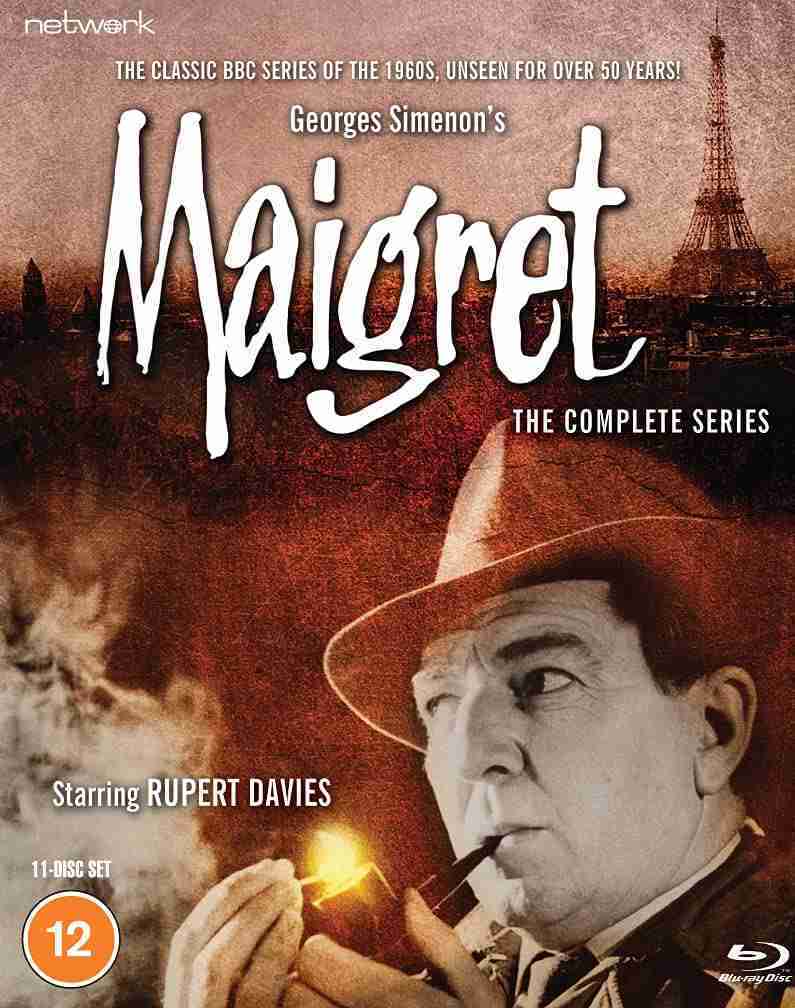 Maigret: The Complete Series is the box set that fans have been waiting for for a very long time, and the Network team deserve huge praise for delivering this long-awaited and much sought after release.

Running to 52 episodes and a feature-length play, this complete 1960s series has been remastered from original film elements and is featured here in its original fullscreen TV format.

Though Simenon’s books have been adapted many times for film and television, Davies’s celebrated, BAFTA-winning portrayal won the approval of Simenon himself, who stated: “At last, I have found the perfect Maigret!”

The story goes that Simenon’s wife had insisted in the original BBC contract that the series could only be shown once and then must be wiped straight after airing, though when Simenon himself learned of this it was too late to amend anything. With that in mind, it is a genuine miracle that this box set exists at all, and though the quality isn’t always outstanding – understandable given the quality of the original elements – it is a nonetheless fascinating slice of British TV history that has been rescued from oblivion and newly restored! An absolute essential for Simenon fans.