Christmas 2021 is nearly upon us, so to help with some last minute gift inspiration we’ve put together a series of themed Gift Guides rounding up a selection of our favourite new releases – with a little something for everyone!

Next up: Fiction Highlights! 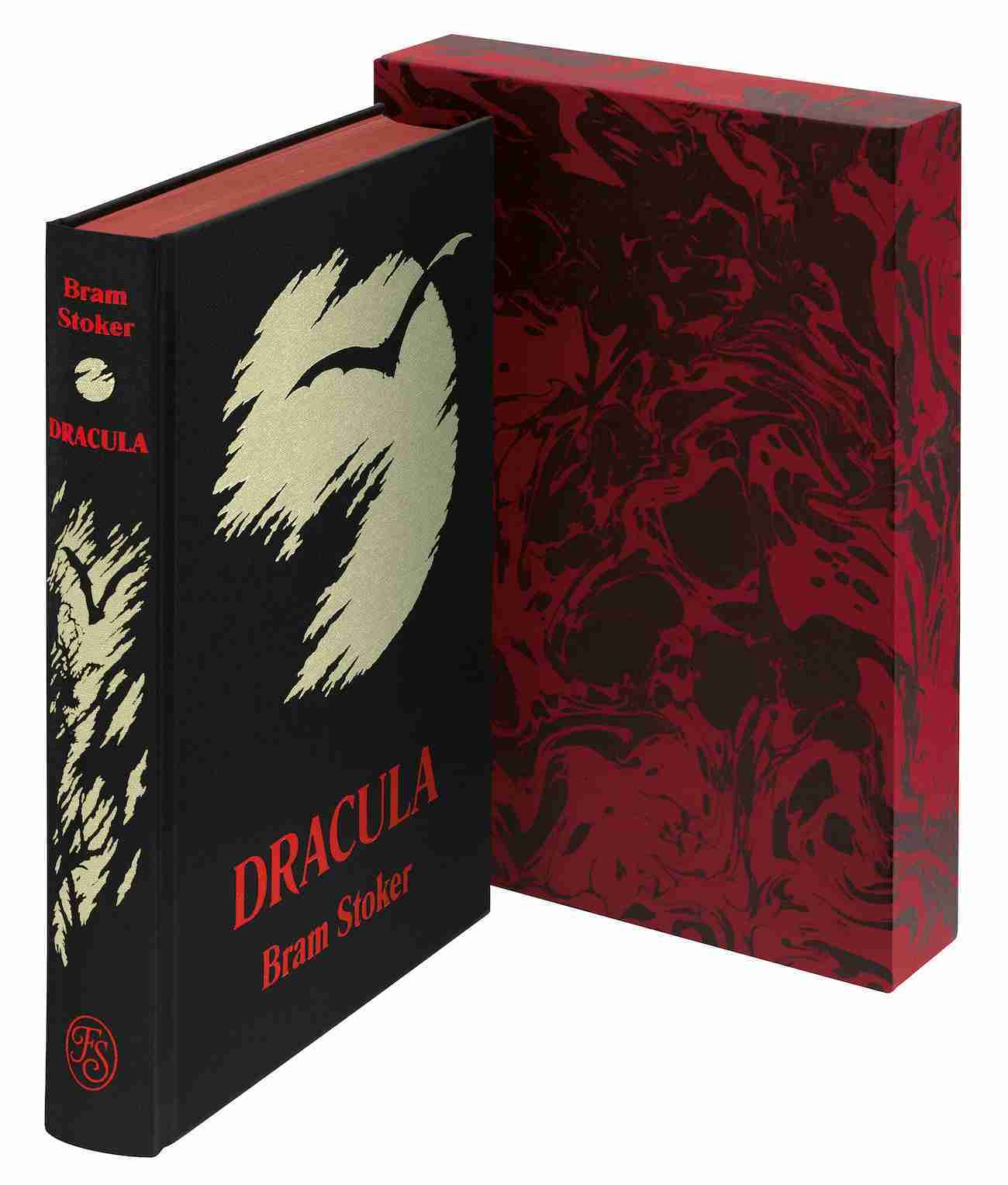 We’re kicking things off with a big one! A stunning new edition of the greatest gothic horror masterpiece of them all, Bram Stoker’s DRACULA, which now arrives in a lavishly illustrated and beautifully bound new collector’s edition courtesy of The Folio Society, making it a perfect gift for any good book lover this Christmas!

DRACULA is undoubtedly one of the greatest and most influential novels ever written, and if you want to own the best edition of the work you possibly can, then make sure this Folio Society edition is top of your wish list this Christmas!

The Folio Society edition of Bram Stoker’s Dracula, introduced by John Banville and illustrated by Angela Barrett, is available exclusively from https://www.foliosociety.com/uk/dracula.html 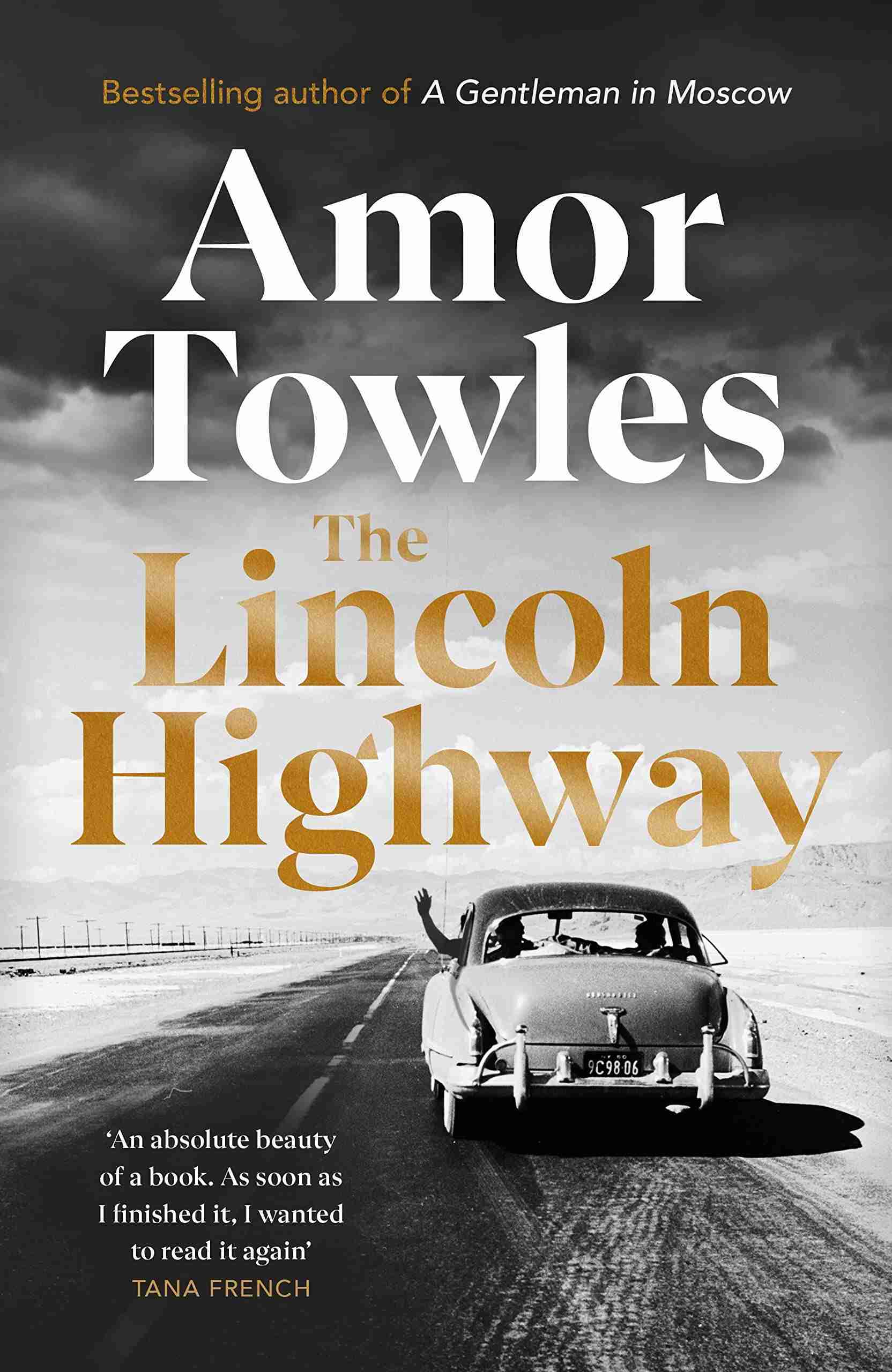 New York Times bestselling author Amor Towles returns with the epic and original THE LINCOLN HIGHWAY, part road-trip, part coming of age classic and without doubt one of the year’s best books.

Expertly crafted and bursting with charm, emotion and adventure, Towles takes readers on a vivid, life-affirming journey through the heart of 1950s America.

In June, 1954, eighteen-year-old Emmett Watson is driven home to Nebraska by the warden of the juvenile work farm where he has just served fifteen months for involuntary manslaughter. With his mother long gone, his father recently deceased, and the family farm foreclosed upon by the bank, Emmett plans to pick up his eight-year-old brother Billy and head to California to start a new life. But when the warden drives away, Emmett discovers that two friends from the work farm have stowed away in the trunk of the warden’s car. They have a very different plan for Emmett’s future, one that will take the four of them on a fateful journey in the opposite direction – to New York City.

THE LINCOLN HIGHWAY is storytelling at its joyous best and if you are a lover of great books, make sure this is on your wish lists! 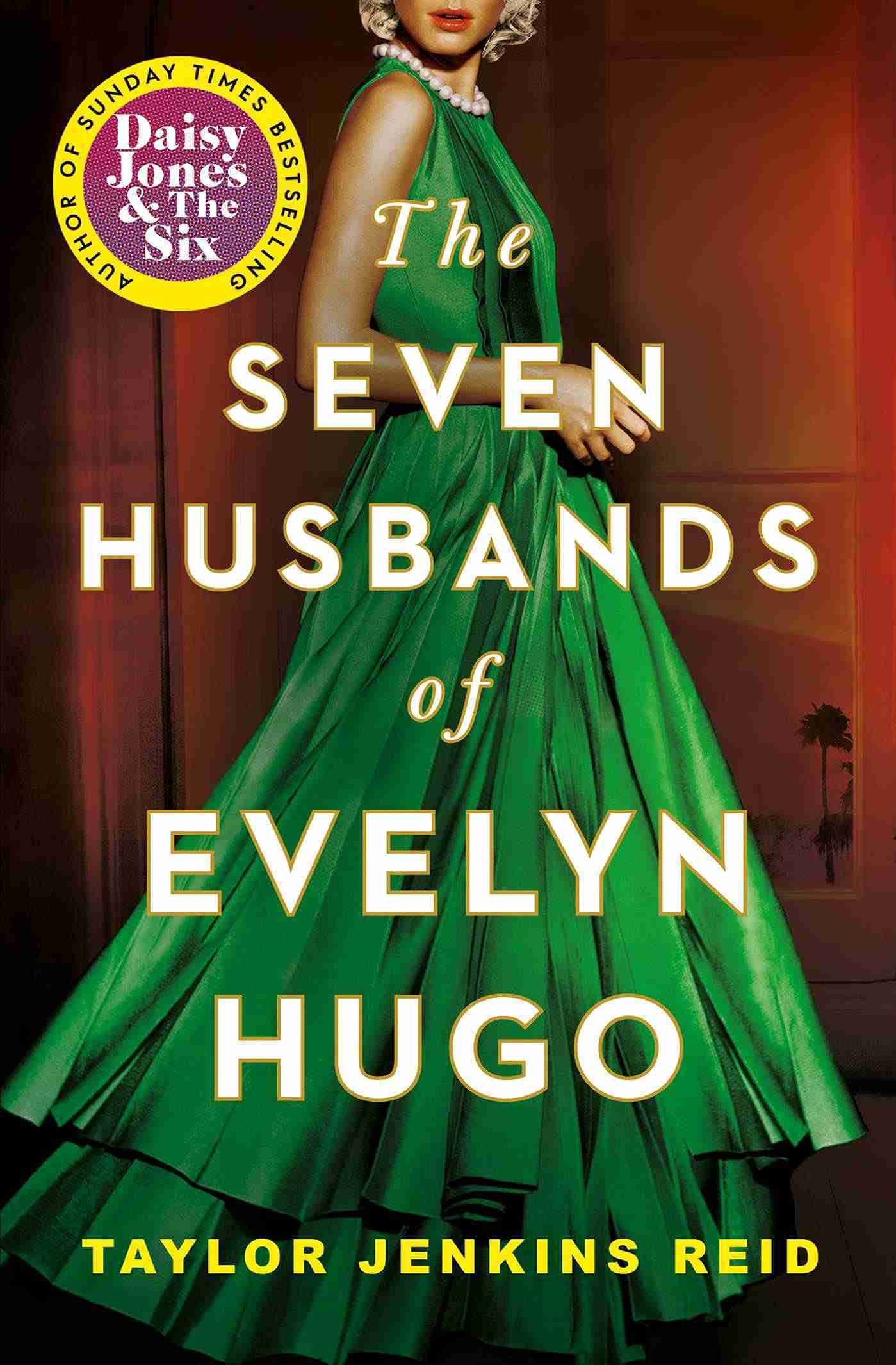 THE SEVEN HUSBANDS OF EVELYN HUGO

Taylor Jenkins Reid follows the success of Daisy Jones & The Six and Malibu Rising with this enthralling tale through the highs and lows of the Hollywood Golden Age and beyond.

Reclusive Hollywood movie icon Evelyn Hugo is finally ready to tell the truth about her glamorous and scandalous life. But when she chooses unknown magazine reporter Monique Grant for the job, no one is more astounded than Monique herself. Why her? Why now?

Monique is not exactly on top of the world. Her husband has left her, and her professional life is going nowhere. Regardless of why Evelyn has selected her to write her biography, Monique is determined to use this opportunity to jumpstart her career.

Summoned to Evelyn’s luxurious apartment, Monique listens in fascination as the actress tells her story. From making her way to Los Angeles in the 1950s to her decision to leave show business in the ’80s, and, of course, the seven husbands along the way, Evelyn unspools a tale of ruthless ambition, unexpected friendship, and a great forbidden love. Monique begins to feel a very real connection to the legendary star, but as Evelyn’s story near its conclusion, it becomes clear that her life intersects with Monique’s own in tragic and irreversible ways.

If you are looking for some enthralling escapism this holiday period then THE SEVEN HUSBANDS OF EVELYN HUGO is definitely one to consider adding to your wish list … or just picking up as a holiday read! 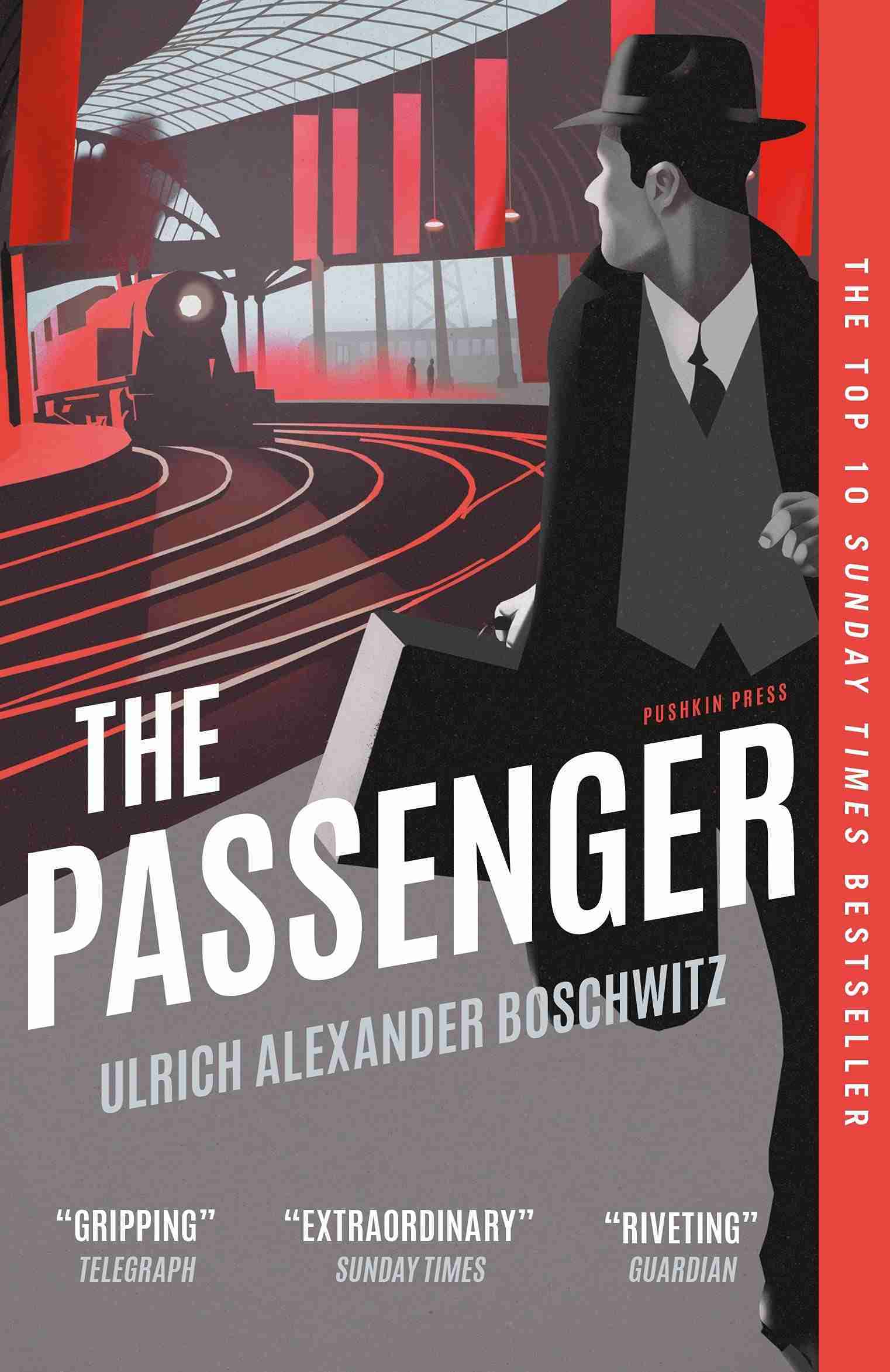 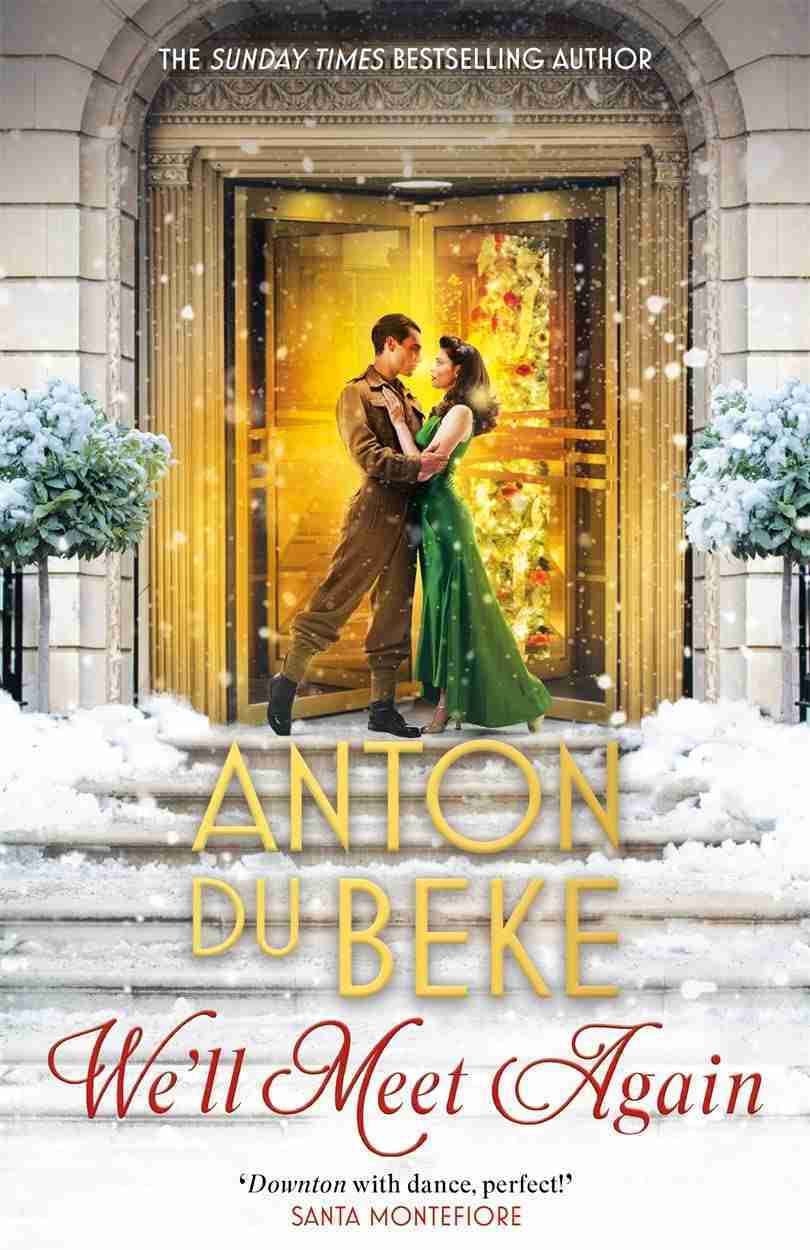 Anton Du Beke returns to the exclusive Buckingham Hotel for a fourth time with this charming and heart warming new novel in is moved loved series that is surely set to be a huge hit this Christmas!

Set at the outbreak of the Second World War, WE’LL MEET AGAIN is warm, glamorous, sensitively written and the perfect tonic for the cold winter nights.

As war is declared once more, a shadow falls over Britain. The staff at the luxurious Buckingham hotel must do all that they can to keep their important guests happy, but behind the scenes they are scared. Away from the glitz and the glamour of the ballroom they must face this new reality.

Newlywed Nancy knows that her brave husband, debonair dancer Raymond de Guise will want to fight for his country and enlist. She loves and supports him but is heartbroken at the thought of them being apart, and the dangers he will face.

With a new hotel manager at the helm, no one knows what the future holds but as fashionable society retreats from London and staff depart to sign up for service, one thing is for certain; life at the Buckingham will never be the same again . . .

The drama of Downton meets the glitz and glamour of Strictly in this brilliant new book that won’t disappoint fans of either! 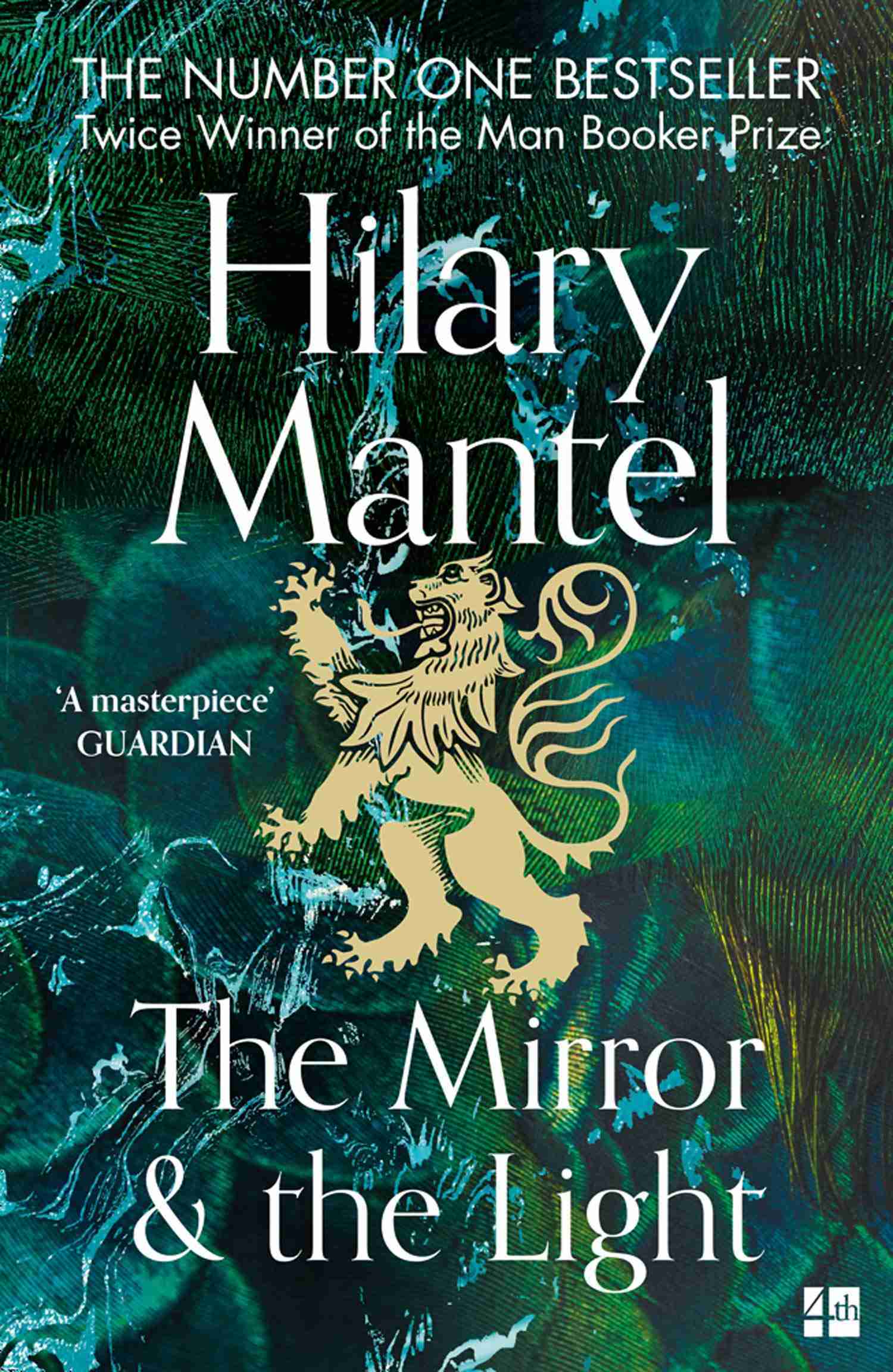 THE MIRROR AND THE LIGHT

THE MIRROR AND THE LIGHT, the critically acclaimed final instalment in Hilary Mantel‘s blockbuster Thomas Cromwell trilogy – which began with the extraordinary Wolf Hall – is available now in paperback format, and is surely set to be one of the must have stocking fillers this Christmas.

England, May 1536. Anne Boleyn is dead, decapitated in the space of a heartbeat by a hired French executioner. As her remains are bundled into oblivion, Thomas Cromwell breakfasts with the victors. The blacksmith’s son from Putney emerges from the spring’s bloodbath to continue his climb to power and wealth, while his formidable master, Henry VIII, settles to short-lived happiness with his third queen, Jane Seymour.

Cromwell is a man with only his wits to rely on; he has no great family to back him, no private army. Despite rebellion at home, traitors plotting abroad and the threat of invasion testing Henry’s regime to breaking point, Cromwell’s robust imagination sees a new country in the mirror of the future. But can a nation, or a person, shed the past like a skin? Do the dead continually unbury themselves? What will you do, the Spanish ambassador asks Cromwell, when the king turns on you, as sooner or later he turns on everyone close to him?

With THE MIRROR AND THE LIGHT, Mantel traces the final years of Thomas Cromwell, the boy from nowhere who climbs to the heights of power, offering a defining portrait of predator and prey, of a ferocious contest between present and past, between royal will and a common man’s vision: of a modern nation making itself through conflict, passion and courage. 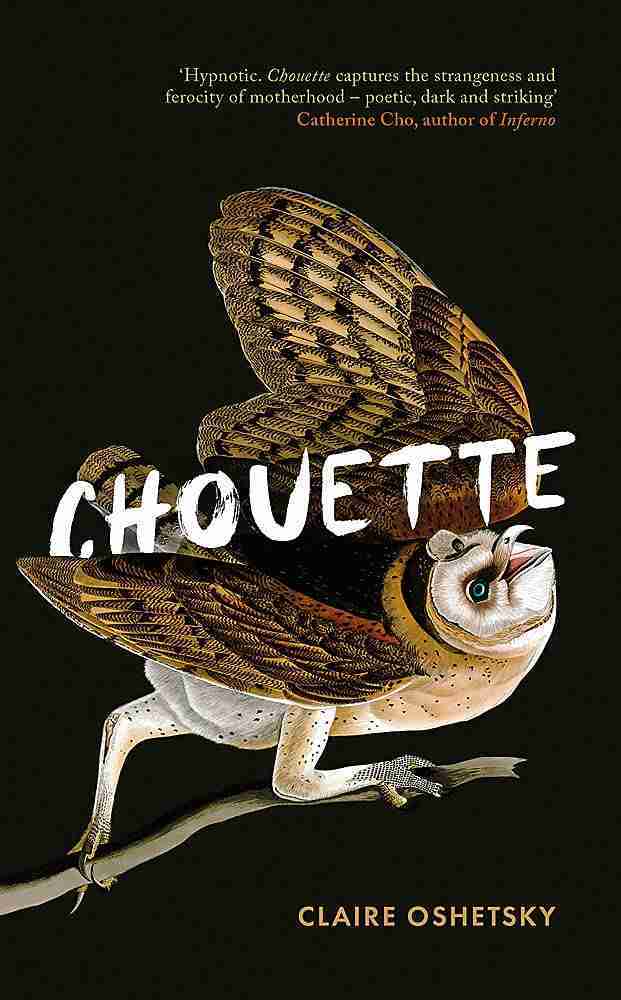 The wildly original  debut novel from Claire Oshetsky, CHOUETTE is a dark and visceral modern fable about the challenges of motherhood and maternal love.

Unique and unnerving, though perfectly composed, Oshetsky’s tale is a moving and unforgettable one that will certainly keep its reader gripped and captivated this Christmas.

Tiny is pregnant. Her husband is delighted. ‘It’s not yours,’ she tells him. ‘This baby will be an owl-baby.’ Tiny’s always been an outsider, and she knows her child will be different.

When Chouette is born, Tiny’s husband and family are devastated by her condition and strange appearance. Doctors tell them to expect the worst. Chouette won’t learn to walk; she never speaks; she lashes out when frightened and causes chaos in public. Tiny’s husband wants to make her better: ‘Don’t you want our daughter to have a normal life?’ But Tiny thinks Chouette is perfect the way she is.

As Tiny and her husband fight over what’s right for their child, Chouette herself is growing. In her fierce self-possession, her untameable will, she teaches Tiny to break free of expectations – no matter what it takes. 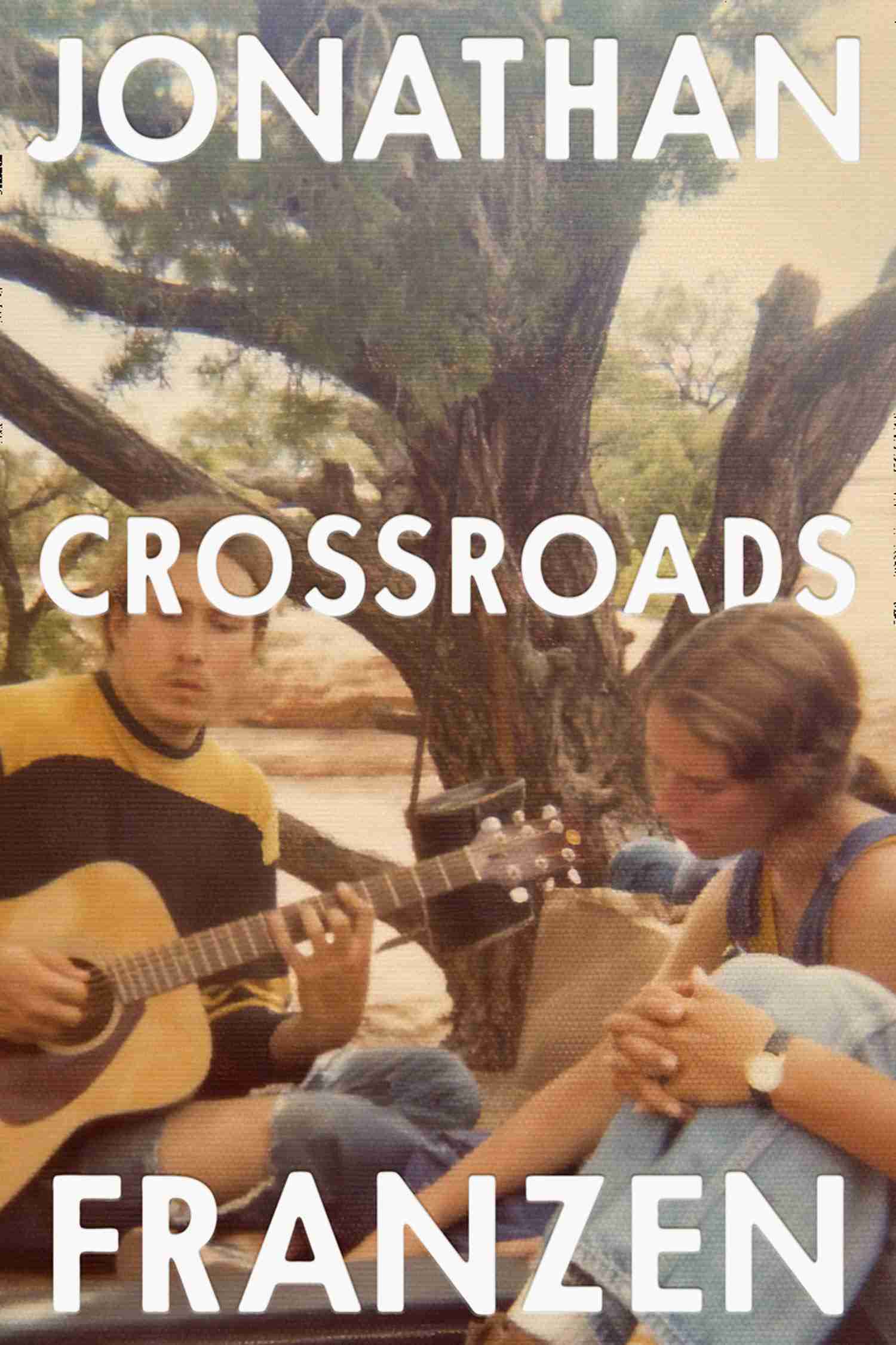 Six years on from the release of his last novel Purity, the multi-award-winning Jonathan Franzen now returns with CROSSROADS, a complex and riveting saga centred around a small-town Illinois family during the 1970s which is projected to be the first volume in a sweeping, multi-generation spanning trilogy entitled A Key to All Mythologies.

It’s December 23, 1971, and heavy weather is forecast for Chicago. Russ Hildebrandt, the associate pastor of a liberal suburban church, is on the brink of breaking free of a marriage he finds joyless – unless his wife, Marion, who has her own secret life, beats him to it. Their eldest child, Clem, is coming home from college on fire with moral absolutism, having taken an action that will shatter his father. Clem’s sister, Becky, long the social queen of her high-school class, has sharply veered into the counterculture, while their brilliant younger brother Perry, who’s been selling drugs to seventh-graders, has resolved to be a better person. Each of the Hildebrandts seeks a freedom that each of the others threatens to complicate.

A tour de force tale of a Midwestern family at a historical moment of moral crisis, CROSSROADS is a majestic and engrossing page turner that would be perfect for immersing yourself by the fire this Christmas!