WICKED, the West End and Broadway musical phenomenon that tells the incredible untold story of the Witches of Oz, has announced that Lucie Jones (Elphaba), Ryan Reid (Fiyero), Sophie-Louise Dann (Madame Morrible) and Gary Wilmot (The Wizard) will lead the new London cast at the Apollo Victoria Theatre from Tuesday 1 February 2022.

They will join Helen Woolf, who returns from maternity leave to continue her acclaimed performance as Glinda, Carina Gillespie (Nessarose), Nicholas McLean (Boq), Simeon Truby (Doctor Dillamond), Amy Webb (Standby for Elphaba) and Charli Baptie* (Standby for Glinda), who all continue in their starring roles. 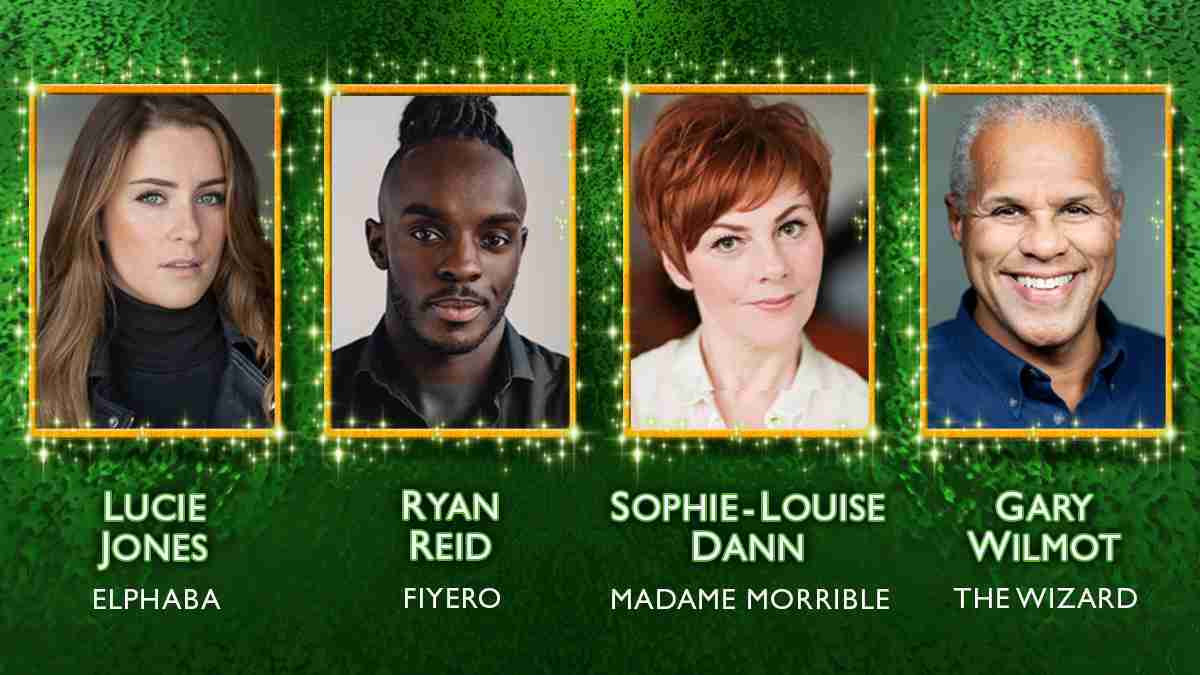 WICKED is based on the bestselling novel Wicked: The Life and Times of the Wicked Witch of the West by Gregory Maguire and written by Emmy and Tony Award nominee Winnie Holzman, creator of the landmark American television series My So-Called Life.