Academy Award winner Jordan Peele (Get Out, Us) and director Nia DaCosta (Little Woods, The Marvels) expand on the infamous Candyman legacy with CANDYMAN, a direct sequel to the 1992 supernatural horror of the same name, which will be released on 4K Ultra HD, Blu-ray and DVD on 29th November 2021 from MGM and Universal Pictures Home Entertainment. 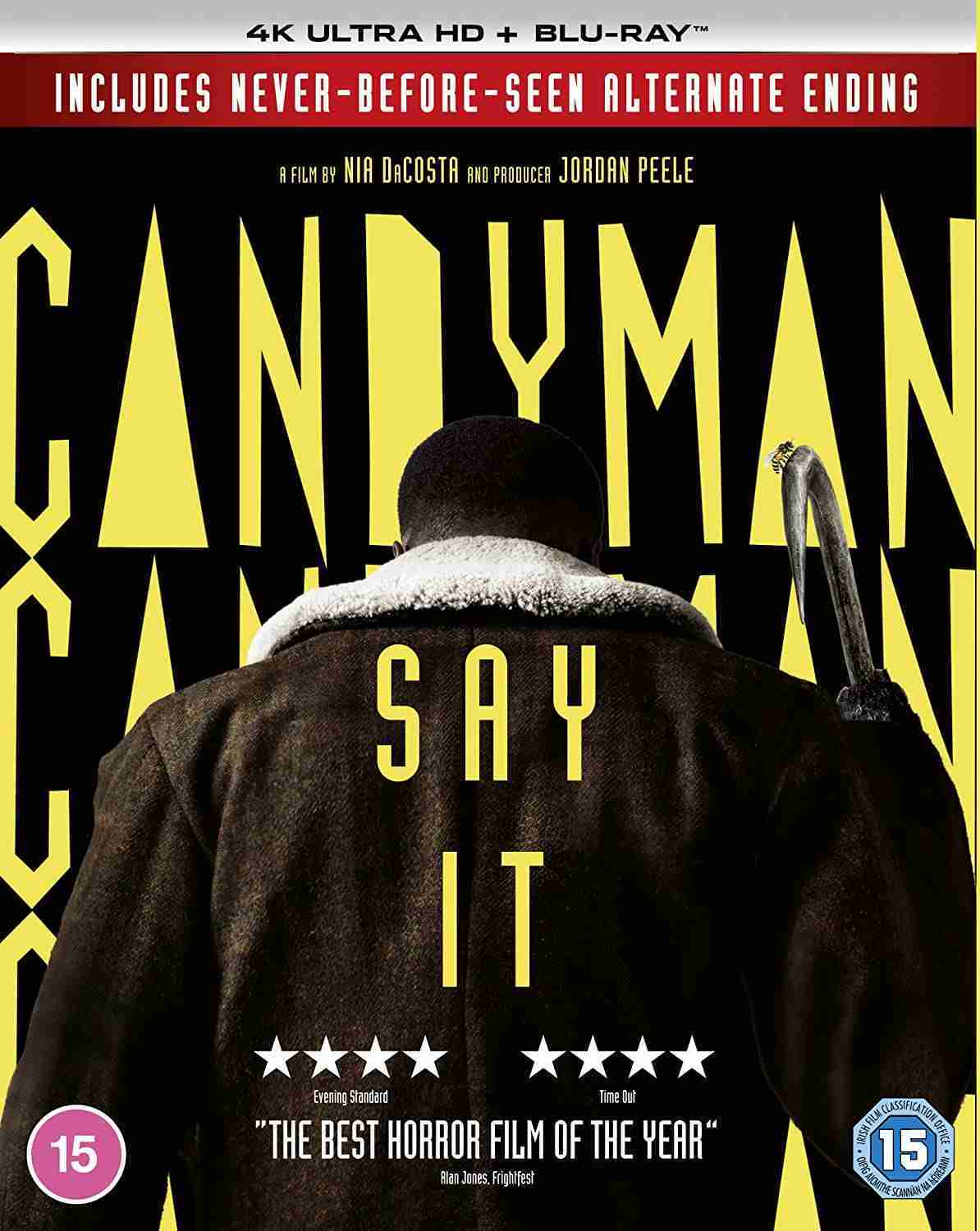 For decades, the housing projects of Chicago’s Cabrini-Green were terrorized by a ghost story about a supernatural, hook-handed killer. In present day, a visual artist (Yahya Abdul-Mateen II) begins to explore the macabre history of Candyman, not knowing it would unravel his sanity and unleash a terrifying wave of violence that puts him on a collision course with destiny.

SAY MY NAME: Filmmakers and cast discuss how the horror at the center of Candyman is both timely and timeless, which is a tragedy in and of itself.

BODY HORROR: We explore director Nia DaCosta’s influences in the subgenre of body horror, and what Anthony’s physical transformation means to the story.

THE FILMMAKER’S EYE: NIA DACOSTA: Take a closer look at director Nia DaCosta, and how her singular voice and perspective were perfect to tell this story.

PAINTING CHAOS: Filmmakers reveal how Anthony’s artwork evolves throughout the film and how they strived for authenticity in recreating Chicago’s vibrant art scene.

THE ART OF ROBERT AIKI AUBREY LOWE: Composer Robert Aiki Aubrey Lowe reveals some of the unconventional methodology he used to create the unique and haunting soundscapes sounds of the film.

TERROR IN THE SHADOWS: A behind-the-scenes look at how the analogue shadow puppetry scenes werecreated and an unpacking of why this ancient artistic medium was the most conceptually relevant for depicting the legends’ cycle of violence.

CANDYMAN: THE IMPACT OF BLACK HORROR: A roundtable discussion moderated by Colman Domingo about the nuanced relationship Black Americans have with Candyman, the horror genre and the overall idea of monsters and victims.