Writer and director Edgar Wright transports audiences back to the beating heart of the Swinging Sixties for this ambitious and inventive new time-travelling fantasy-horror-thriller set in London’s vibrant Soho.

Thomasin McKenzie stars as Eloise, a naive young 60s obsessive who is accepted into a major London fashion school and makes the move away from her quiet little home town in order to pursue her dreams in the big city. Struggling to cope with her rowdy and bitchy fellow students at the university halls, she quickly searches for a new place to live, and finds a perfect attic room with matriarchal landlady Miss Collins (Diana Rigg, in her final role).

On her first night in her new accommodation she finds herself transported back in time to the Soho of 1966 in the body of aspiring young night club singer Sandie (Anya Taylor-Joy). Though initially fascinated by these strange new visions, things quickly begin to turn sinister as the nights go on, and suddenly Eloise begins to lose her grip on reality as the murky events of the past take their toll in the present. It would seem that things in the past were far from as glamorous and romantic as she first thought.

It is a largely impressive psychological thriller and Wright and the cast clearly have great fun exploring the dark and nightmarish Giallo-inspired genre elements of the piece. That said, however, it can be a rather frustrating work that loses its way on occasion and blurs the lines a little too much, often to confusing and rather clumsy effect.

Nevertheless, there is a great deal to enjoy about the film. Set to a joyous 60s soundtrack, and nicely shot, Last Night in Soho is slick, stylish and a thrilling love letter to the Swinging Sixties, London and classic British Cinema. 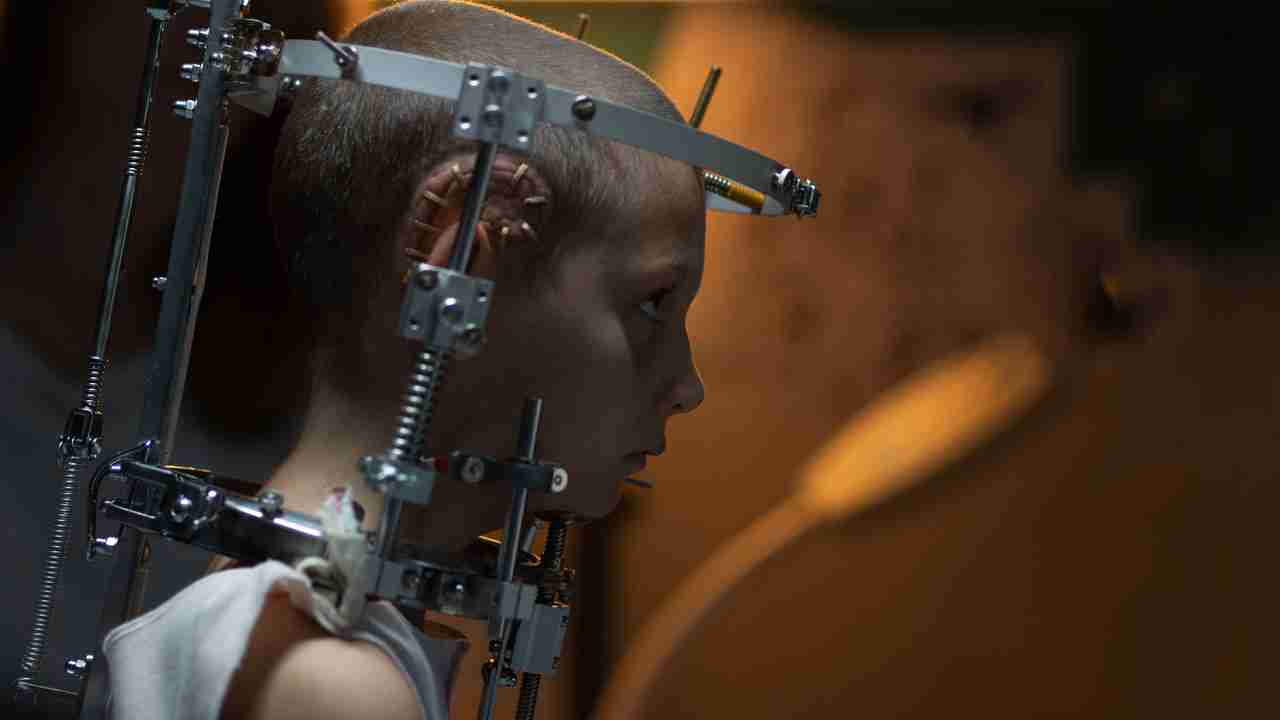 SPECIAL PRESENTATION (In association with Time Out)

Leaving Thursday afternoon’s press screening one critic was overheard asking another how they would describe the film they had just watched. The response? “Mental. Absolutely f*****’ mental.”

It is a fair and accurate description of Julia Ducournau’s eagerly anticipated new body horror – the surprise winner of the Palme d’Or at this year’s 2021 Cannes Film Festival – which is quite frankly one of the most mind-blowingly insane and wildly original films you are ever likely to see.

For maximum impact, Titane is a film that is best approached totally blind, so this review will refrain from revealing any plot details.

Ducournau’s bravura “techno-chiller” is a bold, daring and expertly rendered piece. Yes it is violent, yes it is extreme, but at its heart there is warmth and love to be discovered within the bold, twisted mix. Ultimately, Titane is a unique and powerful study of identity, gender fluidity and the bond between parent and child.

It is probably safe to say you will never have seen anything like it before and probably won’t do again. The Palme d’Or win has certainly peaked a lot of interest but, be warned, this is certainly not for the faint hearted! As unique and brilliant as the film is, if you are even remotely squeamish, it is probably best to stay well clear. Maybe watch Raw first to see what you are letting yourself in for.

P.S. There was rumours of vomiting in handbags and at least three walk-outs at the afternoon press screening, so that should give you a good idea of the overall level of gruesomeness. 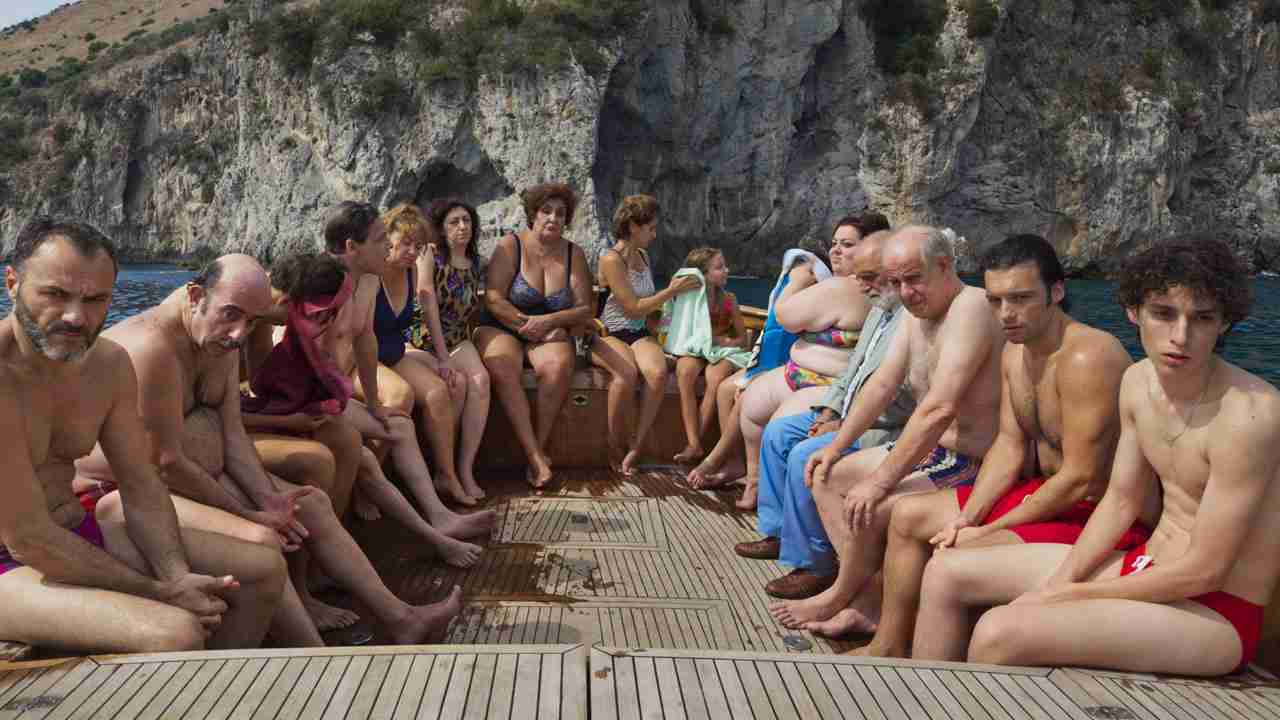 Modern great Paolo Sorrentino returns to LFF with his poignant and impassioned new film, The Hand of God, a moving and often wickedly funny autobiographical tale inspired by his own teenage years in mid-1980’s Naples.

Sorrentino was just 16 when his parents were tragically killed by a carbon monoxide leak in their home in 1986. At the time, the young Napoli fan was watching his idol Diego Maradona inside a packed out Stadio San Paolo. Following the events of that night, it was later stated that Maradona had saved young Paolo’s life. He had been saved by ‘The Hand of God‘; a reference to Maradona’s infamous goal against England at the 1986 World Cup in Mexico.

Thirty-five years on, Sorrentino has taken the events of that fateful year and moulded them into this bold and striking coming-of-age drama. The Hand of God is a rich and evocative homage to family, the cinema and the Naples of his childhood, and undoubtedly his most raw and personal film to date.

Filippo Scotti is excellent as the young Fabietto (Sorrentino’s alter ego) and he is supported by a strong ensemble including Luisa Ranieri, Teresa Saponangelo, Renato Carpentieri, and regular Sorrentino collaborator Toni Servillo (superb, as ever) as Filippo’s father.

It is a movie of two very different halves. Leading up to the tragedy, Sorrentino’s film is filled with warmth, colour and the familiar chaos of family life. We see a vivid portrait of life amongst a large and boisterous Italian catholic family. There are sun-kissed al fresco dinner parties and boat rides set against sumptuous azure waters, all mixed in with arguments over religion, infidelity and family rivalry, and a good dose of humour and vulgarity.

Following the parents’ death, the tone begins to shift quite considerably. Things begin to feel much cooler and more sombre as Fabietto attempts to come to terms with what has happened. Over the course of the film the young Fabietto has life-changing encounters with a whole host of eclectic characters on his adventures through the city that all help shape this crucial period of his life in various different ways. Understandably, the event was a major turning point in the young Sorrentino’s life and here the director uses Fabietto as a means to search for some sort of meaning and help him understand how that event shaped the years that followed.

Echoing the likes of Fellini and Tornatore, The Hand of God is a profound and nostalgic film, beautifully filmed and set against a glorious Neapolitan backdrop. It is typically Sorrentino, and fans of the filmmaker certainly won’t be disappointed.