To celebrate the centenary of British acting legend Dirk Bogarde, Studiocanal has announced a brand new 4K Restoration of Joseph Losey’s ground-breaking, BAFTA-winning classic, THE SERVANT, which has been meticulously restored as part of their Vintage Classics collection and will premiere at the Edinburgh International Film Festival on 19 August 2021.

THE SERVANT will then be released in cinemas on 10 September 2021 and on 4K Ultra HD Collector’s Edition Blu-ray, DVD and Digital on 20th September 2021.

Written by Harold Pinter and based on a 1948 novella by Robin Maugham, the film stars Dirk Bogarde, James Fox, Sarah Miles and Wendy Craig.

THE SERVANT follows sly and seductive manservant Barrett (Bogarde) as he worms his way in to the affections of foppish aristocrat Tony (Fox).

Barrett’s awe-inspiring efficiency cleverly masks his true intentions, ultimately giving way to a suspicious and insidious control where the roles of master and servant are reversed. 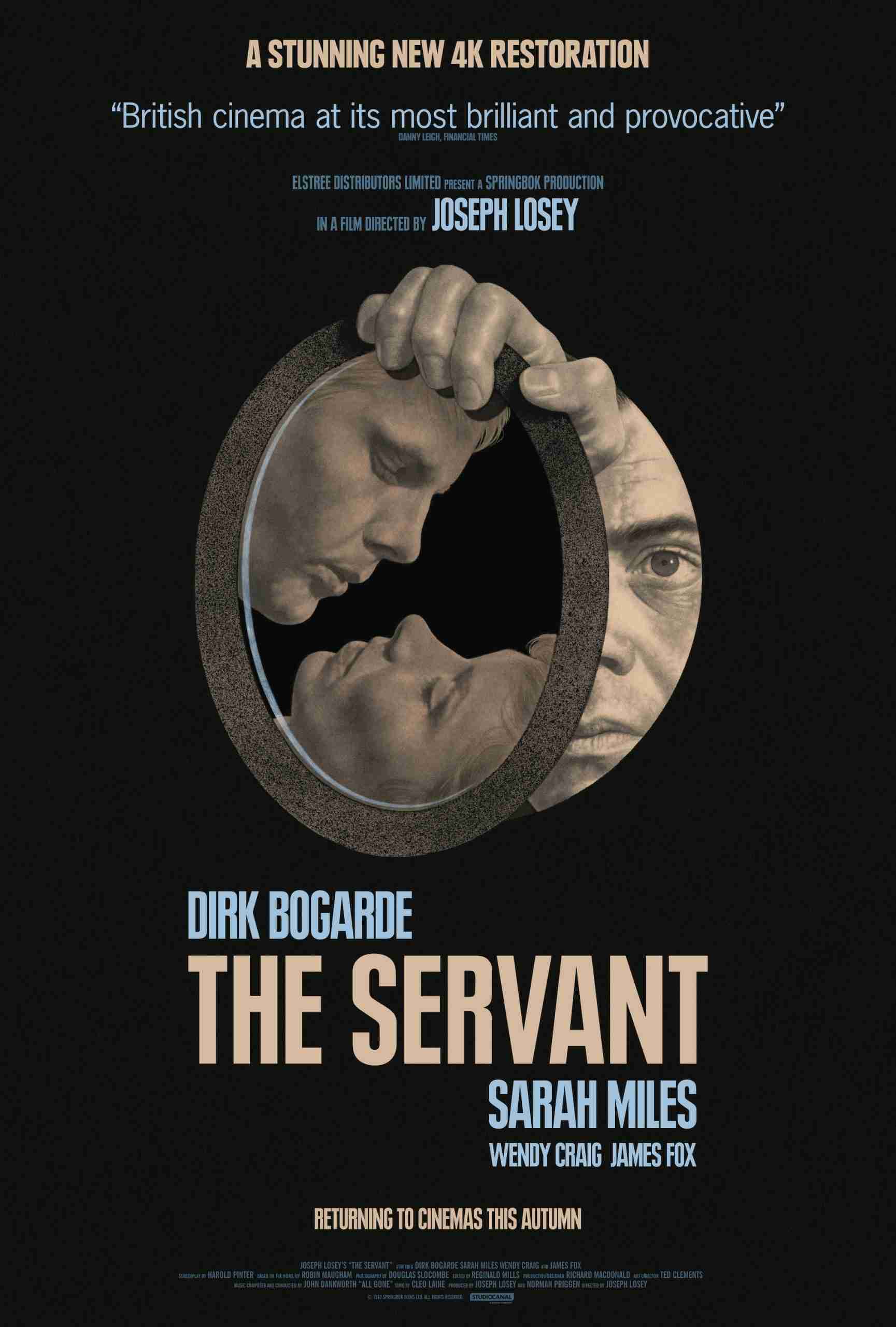 Cited by Bong Joon Ho as one of five films that influenced his masterpiece Parasite, THE SERVANT is considered ahead of its time for its ambitious cinematography and its exploration of class and sexual politics in 1960s Britain.

The film boasts stunning cinematography from Douglas Slocombe and a fantastic soundtrack by composer John Dankworth. It is considered by many to be one of the finest  British films of the last century. 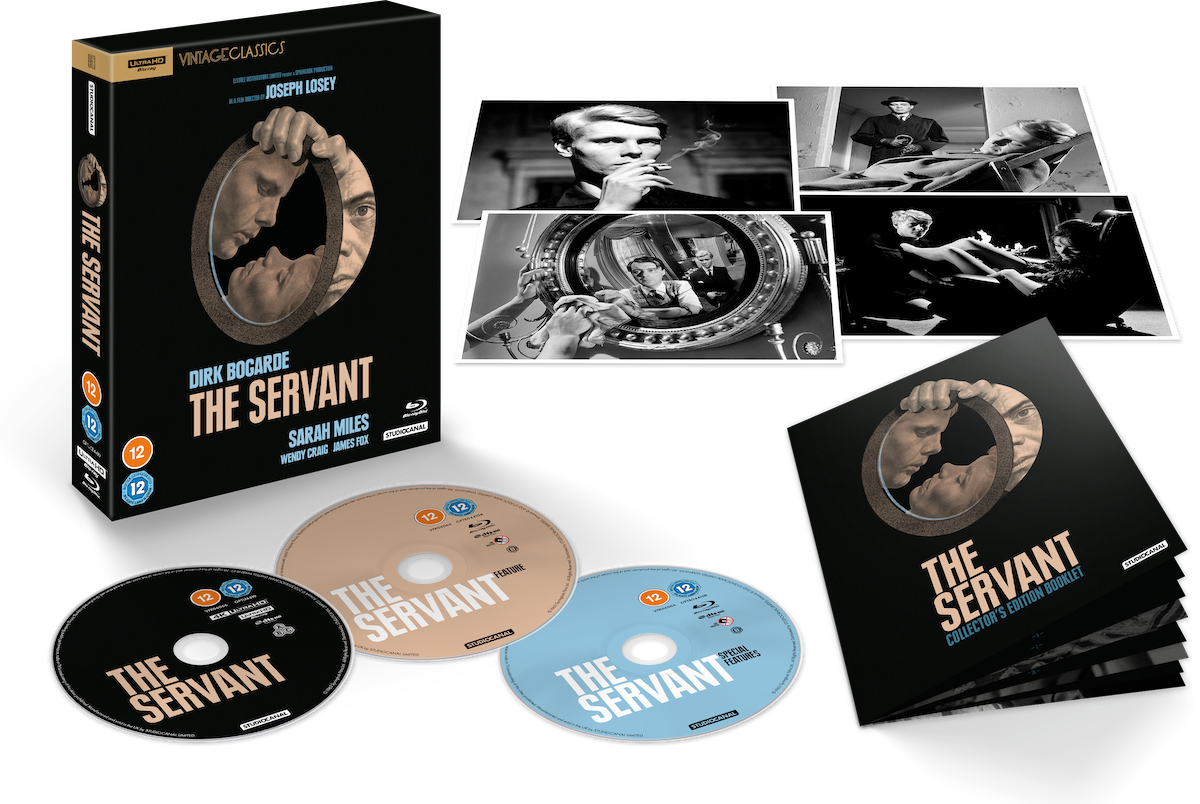 The special 4K UHD Collector’s Edition Blu-ray is presented in both 1.66 and 1.77 aspect ratios and offers a host of exciting bonus content including a brand-new video essay with Matthew Sweet and Phuong Le, a new location featurette with Adam Scovell, a Richard Ayoade interview with James Fox, plus interviews and commentaries with cast, crew and industry experts.