Arrow Video has released a brand new trailer for The Daimajin Trilogy, which will be available in a Limited Edition Blu-ray box set for the very first time in the UK on 26th July 2021.

The Daimajin Trilogy saw Daiei’s Kyoto studios bringing its own iconic movie monster to life in a unique but short-lived series that transplants the Golem legend to Japan’s Warring States period of the late-16th century.

In Daimajin, directed by Kimiyoshi Yasuda (Yokai Monsters, Zatoichi on the Road), the young son and daughter of the benevolent feudal lord Hanabusa flee to the mountains when their parents are slain by the treacherous usurper Odate. Ten years later, when the elderly priestess who has harboured them is also murdered, the rage of the slumbering ancient god that lies beneath the crumbling giant stone idol hidden deep in the forests in the mountains is invoked. In Return of Daimajin, Kenji Misumi (Tale of Zatoichi, Lone Wolf and Cub) brings his usual stylistic flourish, as the wrathful deity is roused from his new home on an island in the middle of a lake by the violent incursions of a vicious warlord. In the final film, Wrath of Daimajin, by veteran jidaigeki director Kazuo Mori, four young boys make a perilous trip to elicit the help of the ancient mountain god in freeing their family members who have been enslaved by a tyrannical lord.

Remarkably overlooked in the West, these three thrilling tales of feudal oppression and divine retribution meted out by the iconic stone warrior of the title combine lavish period detail with jaw-dropping special effects. 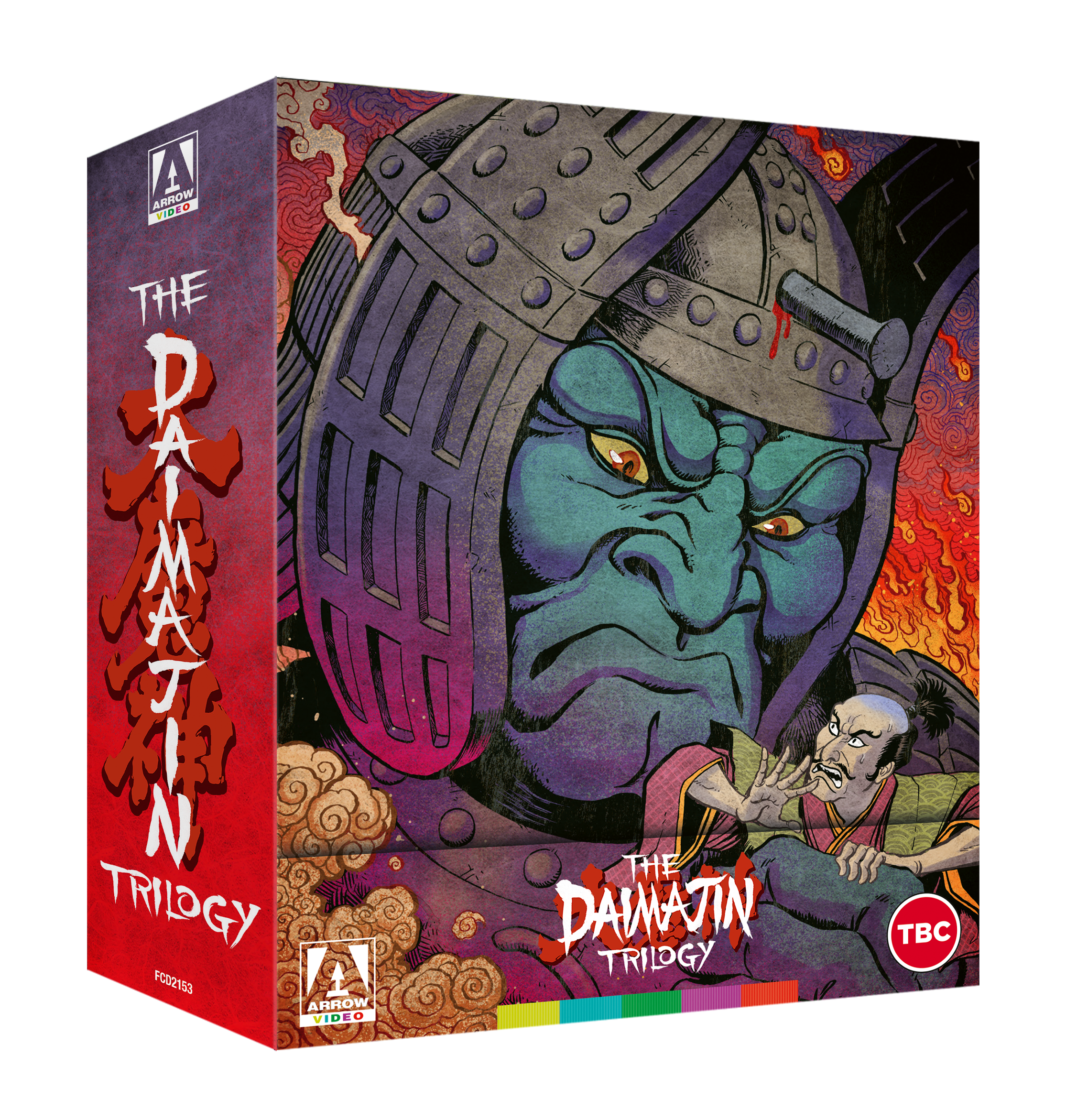 • Brand new audio commentary by Japanese film experts Tom Mes and Jasper Sharp
• My Summer Holidays with Daimajin, a newly filmed interview with Professor Yoneo Ota, director of the Toy Film Museum, Kyoto Film Art Culture Research Institute, about the production of the Daimajin films at Daiei Kyoto
• From Storyboard to Screen: Bringing Return of Daimajin to Life, a comparison of several key scenes in Return of Daimajin with the original storyboards
• Alternate opening credits for the US release as Return of the Giant Majin
• Trailers for the original Japanese and US releases
• Image gallery