Following a hugely successful UK tour in 2019, bestselling, much-loved author and LGBT activist, Armistead Maupin, will be heading back out on the road in 2021.

The tour will open at London’s Queen Elizabeth Hall on 6th October 2021, where he will be interviewed live on stage by Graham Norton, followed by dates in Brighton, Manchester, Dublin, Belfast, and Bristol. Interviewers for the non London dates are yet to be announced.

Maupin has been blazing a trail through US popular culture since the 1970’s, when his iconic and ground-breaking series Tales of the City was first published as a column in the San Francisco Chronicle. The novel series has been taking the literary world by storm ever since, and was recently adapted by Netflix into a critically acclaimed series, starring Laura Linney, Olympia Dukakis and Elliot Page.

Don’t miss the chance to join one of America’s ultimate storytellers, in conversation with a  special guest interviewers at each date, as he recounts his favourite tales from the past 4 decades, offering his own engaging observations on society and the world we inhabit. 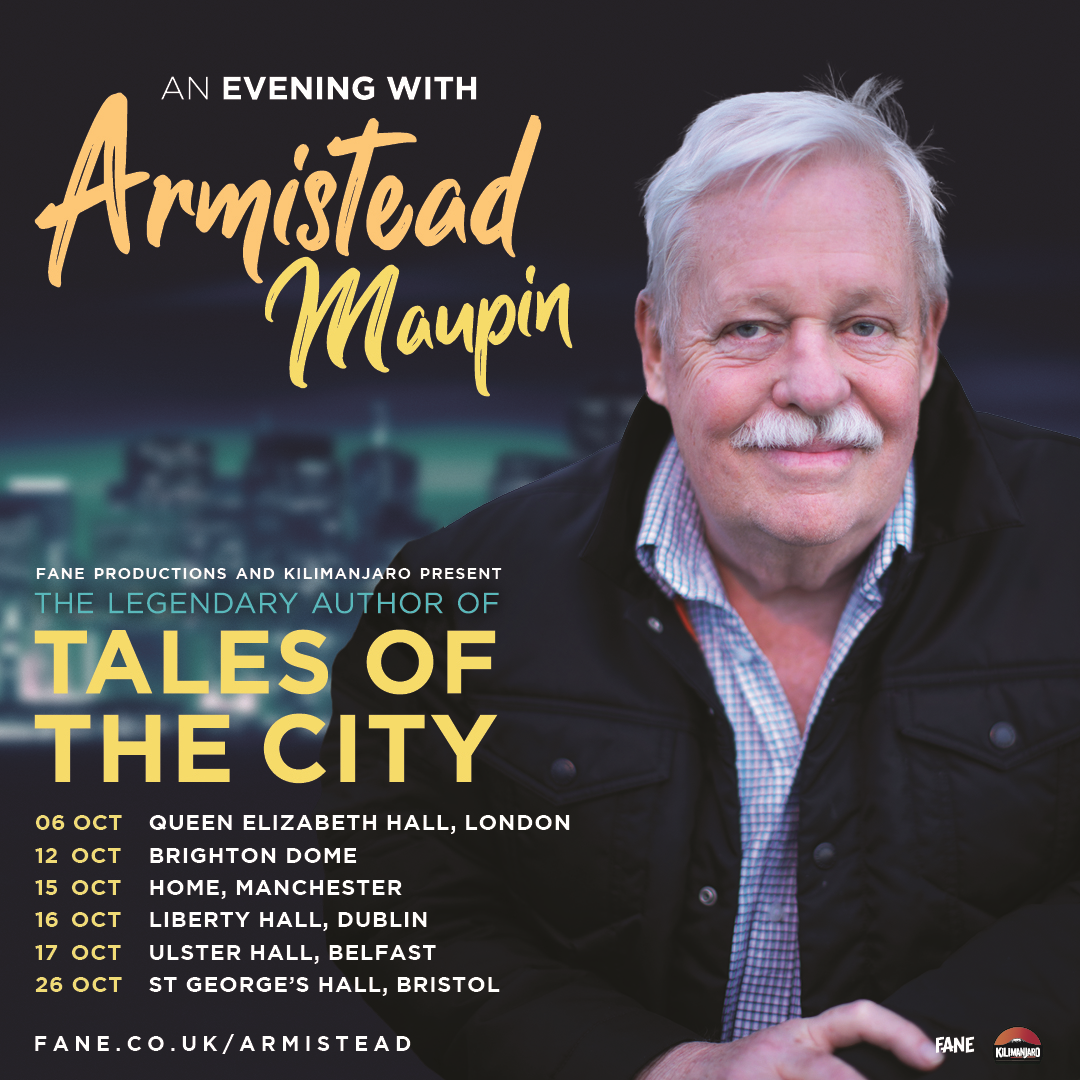