An epic love story with soaring lyricism, WILD MOUNTAIN THYME is set against the breath-taking landscapes of rural Ireland, where everyone is half mad with loneliness or love, and the weather is terrible. 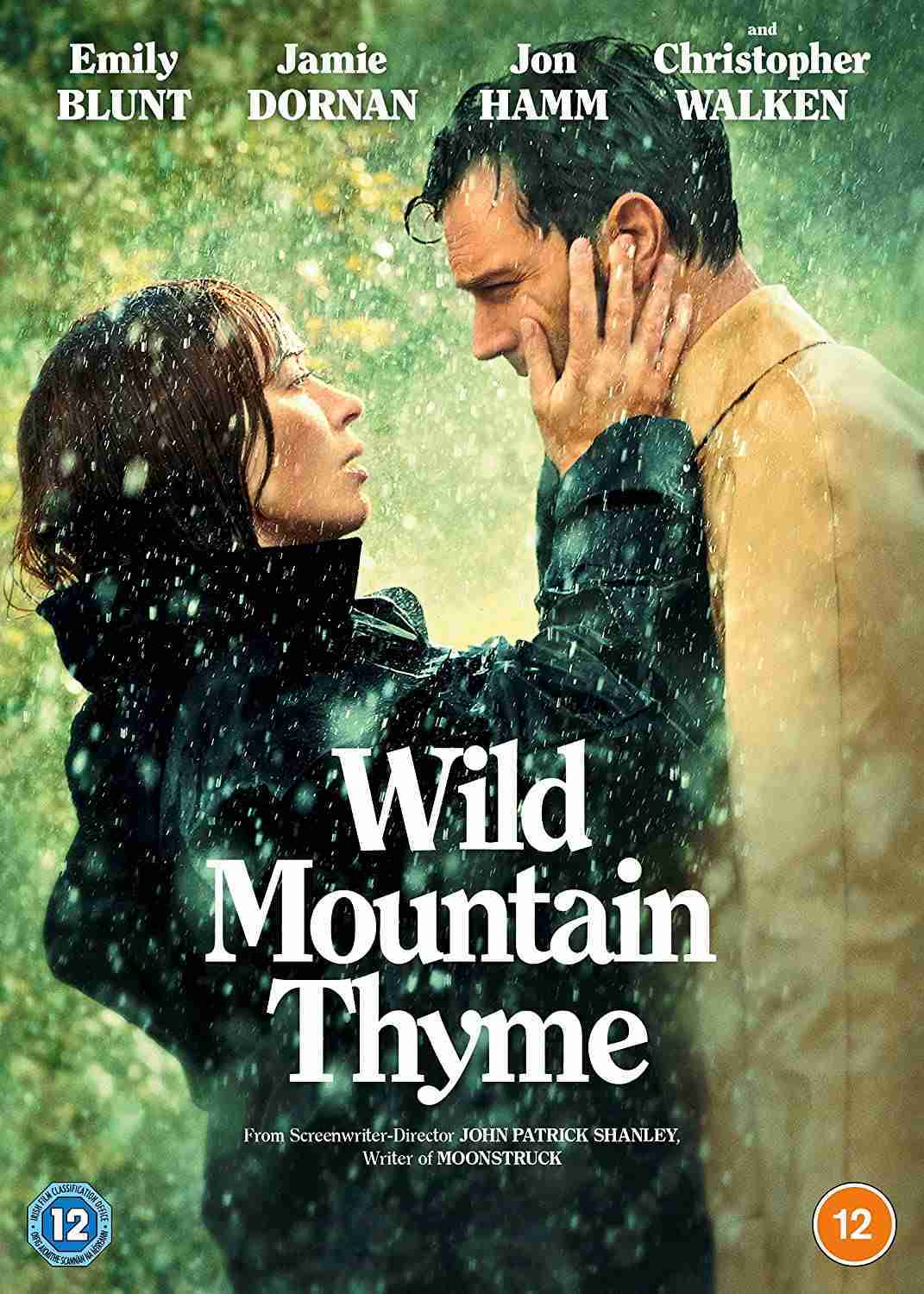 Anthony and Rosemary are star-crossed lovers, whose families are caught up in a feud over a hotly contested patch of land that separates their two farms. Anthony (Dornan) always seems to be out in the fields working, worn down by his father’s constant belittling. But what really stings is his father’s threat to bequeath the family farm to his American cousin Adam. Rosemary (Blunt) at first seems to hold a grudge for having been shamed by Anthony in childhood, but the sparks between them would keep a bonfire blazing through the night. Her mother Aoife strives to unite the families before it is too late. Just when we think Anthony will pluck up the courage to face up to his repressed feelings, cousin Adam (Hamm) steps in with a plan to sweep Rosemary off her feet, romancing her over a magical 24 hours in Manhattan. But true love is never defeated!

To celebrate the DVD release of WILD MOUNTAIN THYME, we take a look at a small selection of some of our favourite films featuring one of the film’s main stars, Emily Blunt.

The wonderful Emily Blunt may play second (or third) fiddle to Anne Hathway’s Andy and Meryl Streep’s scathing Miranda, but that didn’t mean her performance went unnoticed – earning herself a BAFTA and Golden Globe nomination for Best Supporting Actress. Playing the role of Emily, senior assistant at Runway magazine, Blunt delivers her sparkling one-liners with style, consistently bringing a smile to your face – and she also has the honour of having one of the best lines in the film: “I’m just one stomach flu away from my goal weight.”

In this often-underrated sci-fi thriller, Blunt teams up with Tom Cruise to save the world from an alien invasion after Cruise discovers he’s stuck in a time loop. Having no combat experience, it’s up to Blunt’s special forces warrior Rita to train him up and hone his survival skills step by step and save the world together. Blunt shines as Angel of Verdun Rita Vrataski, a type of role we should see her in more!

Leading the pack in Denis Villeneuve’s incredible Sicario, Blunt is astonishing as FBI agent Kate Macer in this action-packed blockbuster. Asked to join the Department of Justices’ special forces to help take down a Mexican drug cartel, Kate finds herself in over her head, as she deals with shady government officials and discovering along the way that even the good guys can do wrong.

Starring alongside her real-life husband, John Krasinski, Blunt won her first Screen Actors Guild Award for her performance as Dr. Evelyn Abbott, wife of engineer Lee (Krasinski). In a post-apocalyptic world occupied by bloodthirsty creatures that hunt by sound and feast on human flesh, the Abbot family struggle to survive, communicating mainly through sign language. Blunt’s tour de force moment comes near the end, while the entire film itself is extremely gripping- no wonder a highly anticipated sequel was released earlier this year.

Bring home the love story of the year in WILD MOUNTAIN THYME, available now on Digital Download and DVD!