‘MINAMATA’ will be released in cinemas across the UK & Ireland on 13 August 2021!

Vertigo Releasing has announced that MINAMATA, the anticipated new biographical drama starring Johnny Depp as celebrated war photographer W. Eugene Smith, will be released in cinemas across the UK and Ireland on 13 August 2021.

Based on a shocking true story, MINAMATA is a redemptive and emotional tale of triumph over adversity, and of how all of us have it within ourselves to make a difference.

New York, 1971. Following his celebrated days as one of the most revered photojournalists of World War II, W. Eugene Smith (Johnny Depp) has become a recluse, disconnected from society and his career. But a secret commission from Life magazine editor Robert Hayes (Bill Nighy) sends him to the Japanese coastal city of Minamata, which has been ravaged by mercury poisoning; the result of decades of gross industrial negligence by the country’s Chisso Corporation.

There, Smith immerses himself in the community, documenting their efforts to live with Minamata Disease and their passionate campaign to achieve recognition from Chisso and the Japanese government. Armed with only his trusted camera, Smith’s images from the toxic village give the disaster a heartbreaking human dimension, and his initial assignment turns into a life-changing experience. 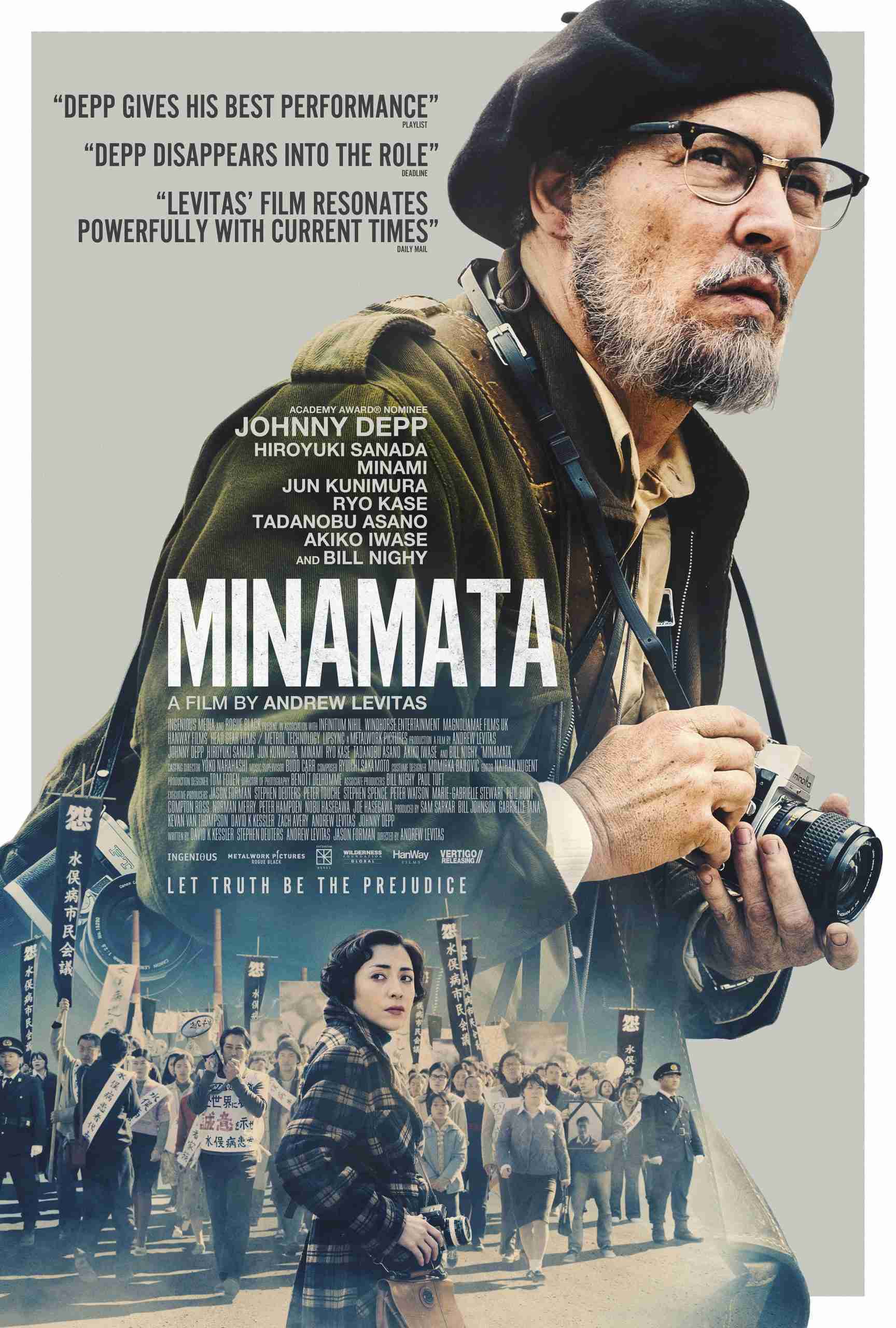 The victims’ case against the corporation responsible for this environmental disaster represents one of the biggest payouts of all time, with present day sufferers of Minamata disease still in court today seeking compensation. Production spent time in Minamata meeting some of the victims and their families and the film was made with their support.

MINAMATA was developed by Infinitum Nihil and produced by Sam Sarkar and Johnny Depp together with Andrew Levitas through Metalwork Pictures.