Next up: History & Politics! 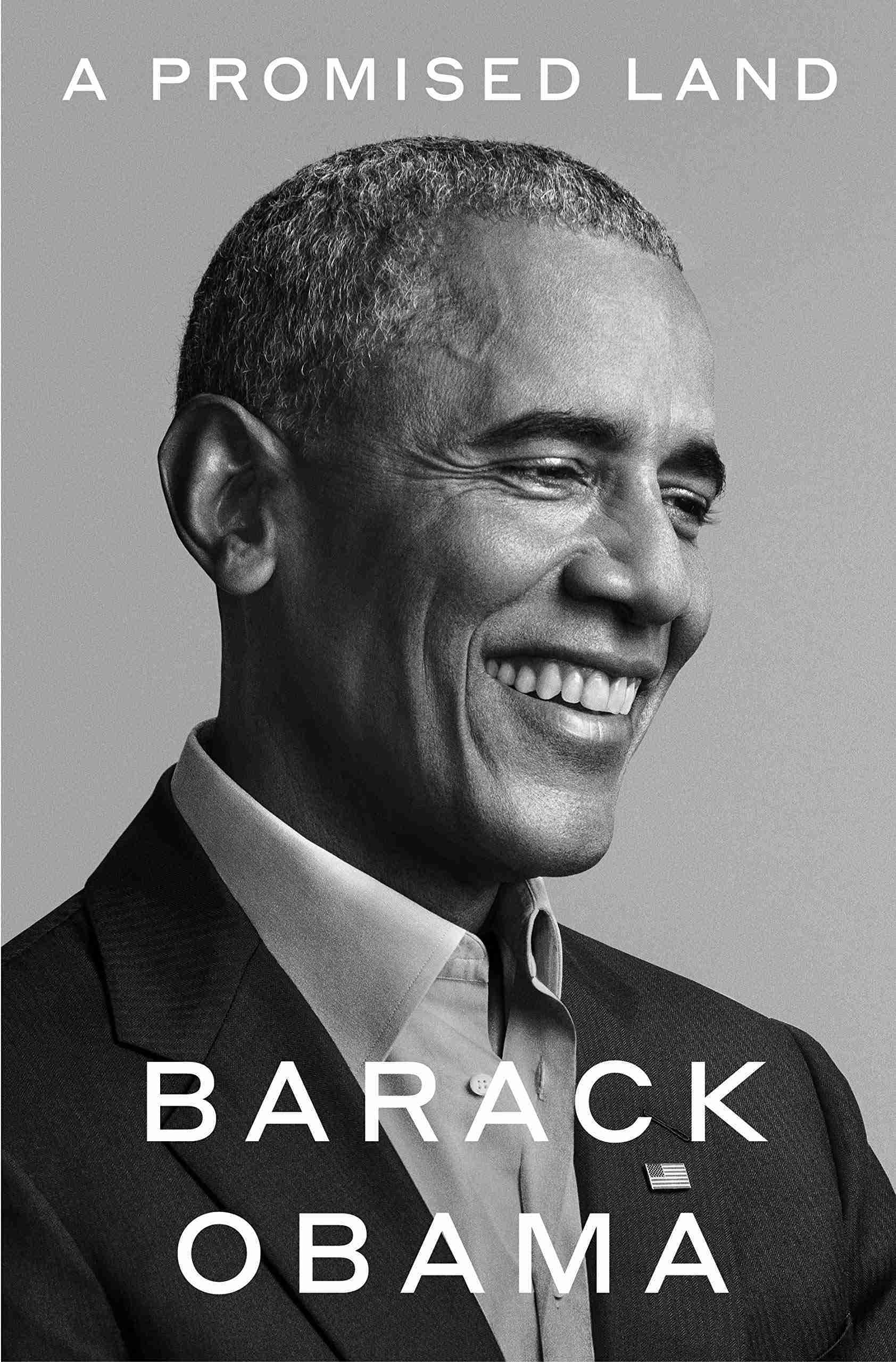 Released just in time for Christmas, A PROMISED LAND is the much anticipated first volume of Barack Obama‘s hugely compelling presidential memoirs, and coming in at some 700 pages, this sizeable tome is sure to keep readers gripped for many an hour with riveting and superbly written reflections on his presidential journey.

Obama tells the story of his improbable odyssey from young man searching for his identity to leader of the free world, describing in strikingly personal detail both his political education and the landmark moments of the first term of his historic presidency-a time of dramatic transformation and turmoil.

A PROMISED LAND takes readers on a journey from his earliest political aspirations to the pivotal Iowa caucus victory that demonstrated the power of grassroots activism to the watershed night of November 4, 2008, when he was elected 44th president of the United States, becoming the first African American to hold the nation’s highest office.

Reflecting on the presidency, he offers a unique and thoughtful exploration of both the reach and the limits of presidential power, as well as singular insights into the dynamics of US politics and international diplomacy. 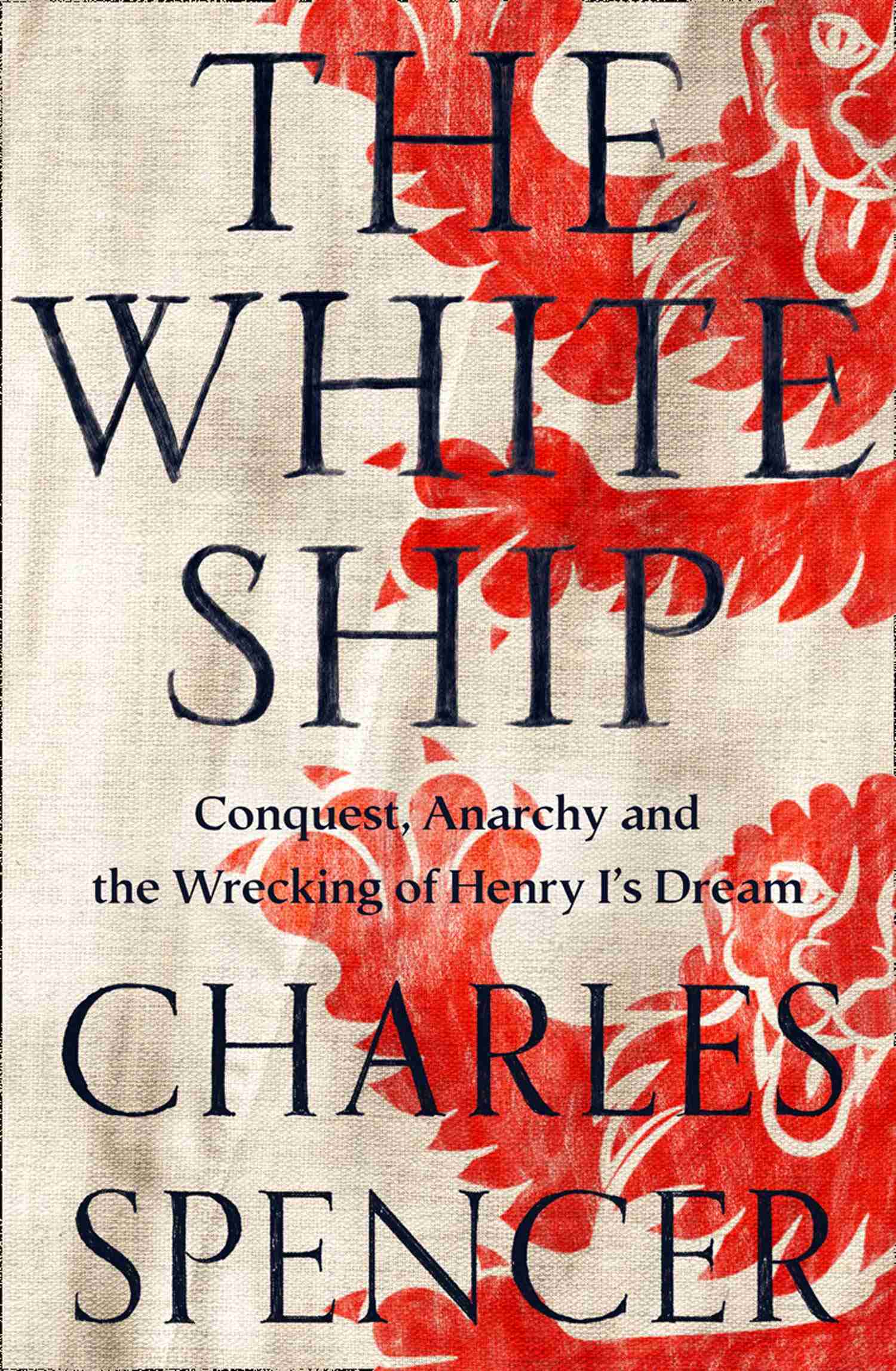 THE WHITE SHIP: Conquest, Anarchy and the Wrecking of Henry I’s Dream

Written to commemorate the 900th anniversary of one of the greatest disasters that England has ever suffered – a shipwreck that would forever change the course of English and European history – Charles Spencer‘s exhilarating new book reads like a page-turning thriller and is a real breath of fresh air, packed with everything you could possibly hope for in a history book.

King Henry I was sailing for England in triumph after four years of fighting the French. Congregating with the king at the port of Barfleur on that freezing November night was the cream of Anglo-Norman society: three of his children, including the only legitimate male heir to the throne, as well as the flower of the aristocracy, famous knights, and mighty courtiers. By 1120, Henry was perhaps the most formidable ruler in Europe, with an enviable record on the battlefield, immense lands and wealth, and unprecedented authority in his kingdoms. Everything he had worked so hard for was finally achieved, and he was ready to hand it on to his beloved son and heir, William Ætheling.

Henry I and his retinue set out first. The White Ship – considered the fastest afloat – would follow, carrying the young prince. Spoilt and arrogant, William had plied his comrades and crew with drink from the minute he stepped aboard. It was the middle of the night when the drunken helmsman rammed the ship into rocks. There would be only one survivor from the gilded roll call of passengers…

With THE WHITE SHIP, best-selling history writer Charles Spencer (author of Killers of the King and To Catch A King) evokes the harsh and brutal story of the Normans from Conquest to The Anarchy. With their heir dead, a civil war of untold violence erupted, a real life game of thrones which saw families turned in on each other with English and Norman barons, rebellious Welsh princes and the Scottish king all playing a part in a bloody, desperate scrum for power. 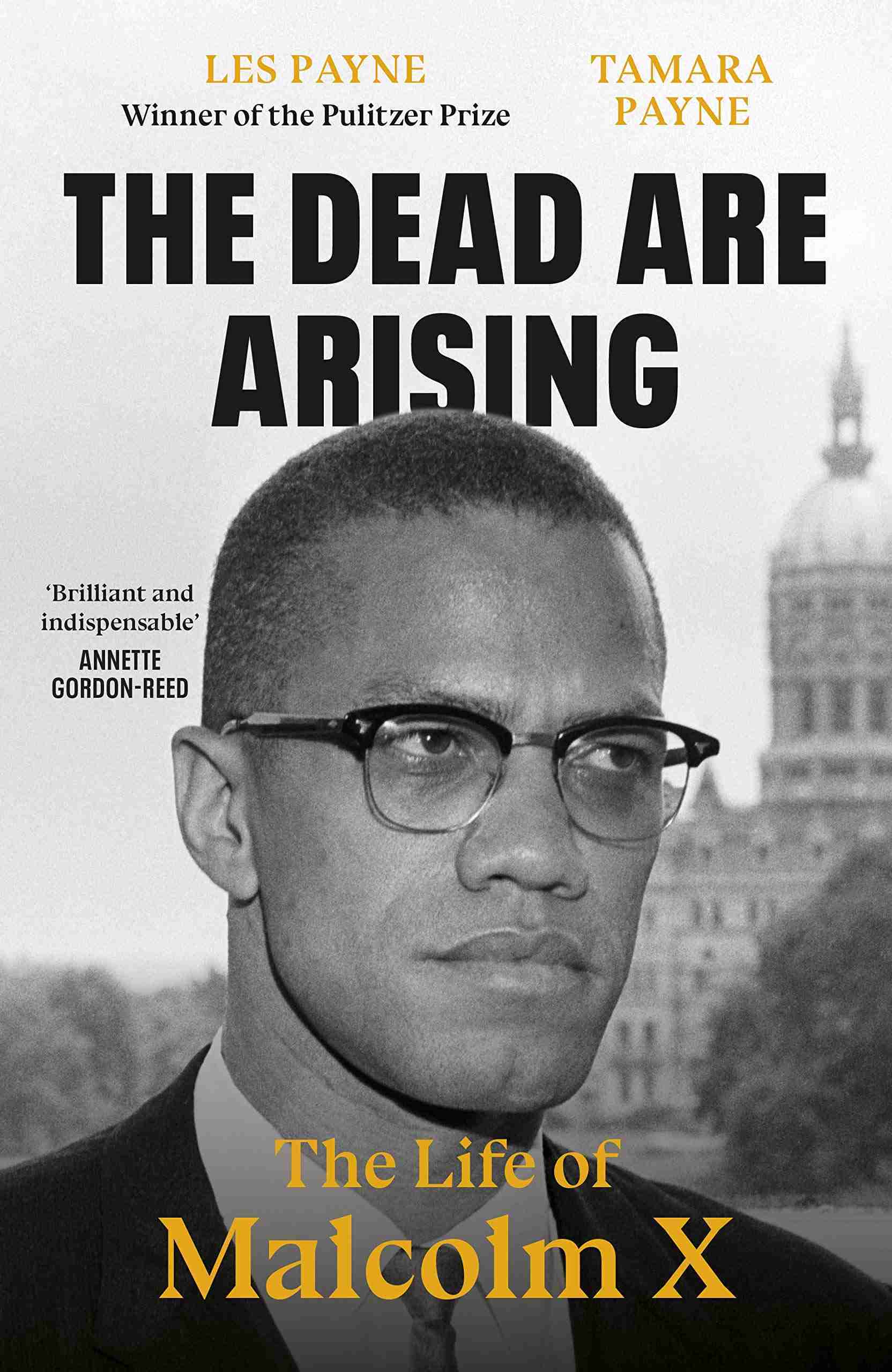 THE DEAD ARE ARISING: The Life of Malcolm

The late, Pulitzer Prize-winning investigative journalist Les Payne spent nearly 30 years working on this landmark biography of one of the twentieth century’s most compelling figures, rewriting much of the known narrative.

Introduced by Payne’s daughter and primary researcher, Tamara Payne, who, following her father’s death in 2018, heroically completed this now multi-award-winning masterpiece, THE DEAD ARE ARISING is a monumental and painstakingly researched  achievement that conjures a fascinating, never-before-seen world of its much written about protagonist.

In 1990, Payne begin his thirty-year-long quest to interview anyone he could find who had actually known Malcolm X, including siblings, classmates, friends, cellmates, FBI moles and cops, as well as political leaders around the world. His goal was ambitious: to transform what would become hundreds of hours of interviews into a portrait that would separate fact from fiction.

Setting his life not only within the political struggles of his day but also against the larger backdrop of American history, this remarkable masterpiece traces his path from street criminal to devoted moralist and revolutionary.

An author who saw Malcolm X speak and could not stand the phrase ‘we may never know’, Payne writes cinematically from start to finish and delivers extraordinary revelations – from a hair-raising scene of Malcolm’s clandestine meeting with the KKK, to a minute-by-minute account of his murder in Harlem in 1965, in which he makes the case for the complicity of the American government. 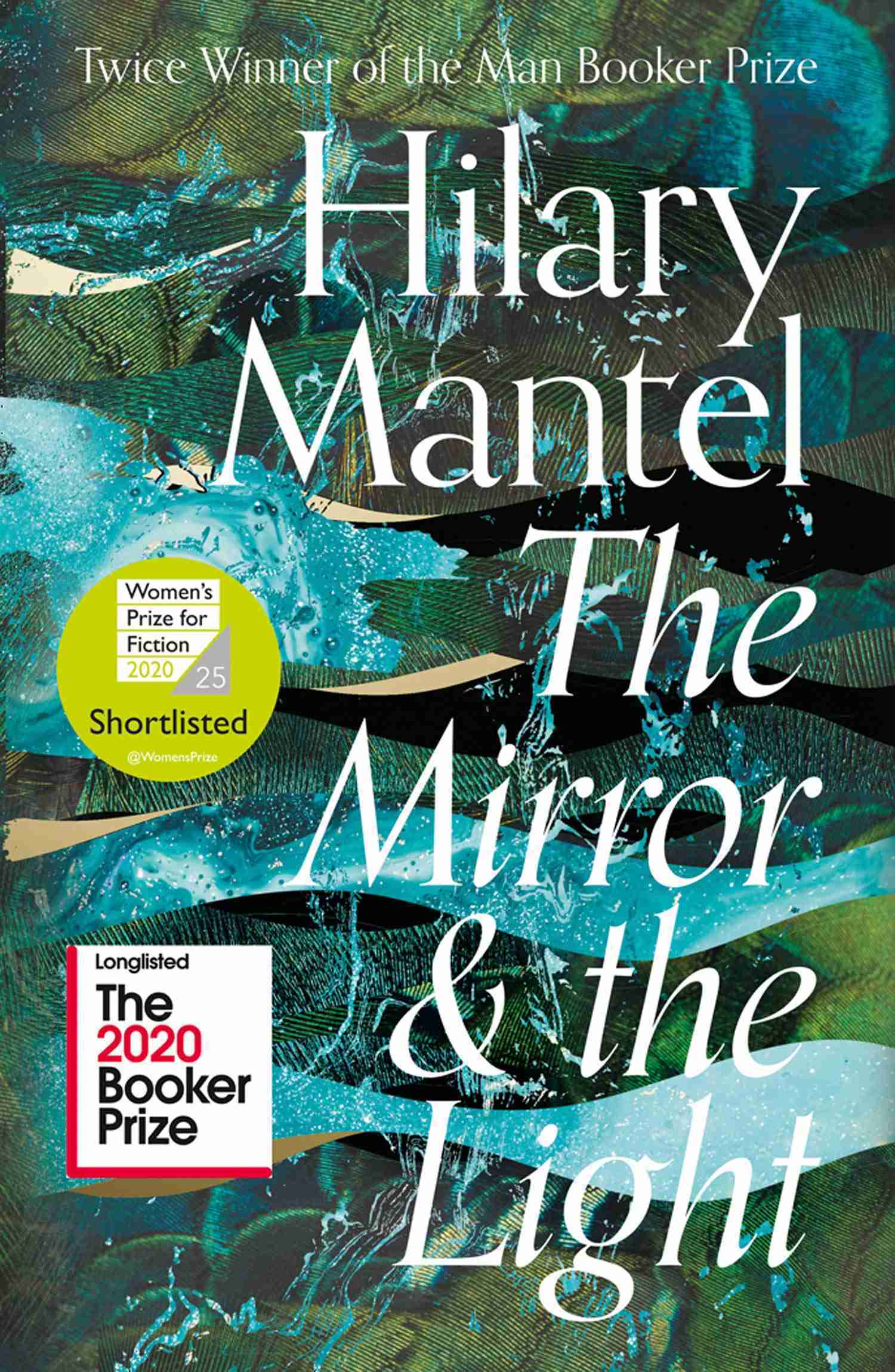 THE MIRROR AND THE LIGHT

Eight years on from the release of Bring Up the Bodies, THE MIRROR AND THE LIGHT, the eagerly-awaited final instalment in Hilary Mantel‘s blockbuster Thomas Cromwell trilogy – which began with the extraordinary Wolf Hall – is finally here, and it is every bit the engrossing and majestic masterpiece we all expected it to be.

England, May 1536. Anne Boleyn is dead, decapitated in the space of a heartbeat by a hired French executioner. As her remains are bundled into oblivion, Thomas Cromwell breakfasts with the victors. The blacksmith’s son from Putney emerges from the spring’s bloodbath to continue his climb to power and wealth, while his formidable master, Henry VIII, settles to short-lived happiness with his third queen, Jane Seymour.

Cromwell is a man with only his wits to rely on; he has no great family to back him, no private army. Despite rebellion at home, traitors plotting abroad and the threat of invasion testing Henry’s regime to breaking point, Cromwell’s robust imagination sees a new country in the mirror of the future. But can a nation, or a person, shed the past like a skin? Do the dead continually unbury themselves? What will you do, the Spanish ambassador asks Cromwell, when the king turns on you, as sooner or later he turns on everyone close to him?

With THE MIRROR AND THE LIGHT, Mantel traces the final years of Thomas Cromwell, the boy from nowhere who climbs to the heights of power, offering a defining portrait of predator and prey, of a ferocious contest between present and past, between royal will and a common man’s vision: of a modern nation making itself through conflict, passion and courage. 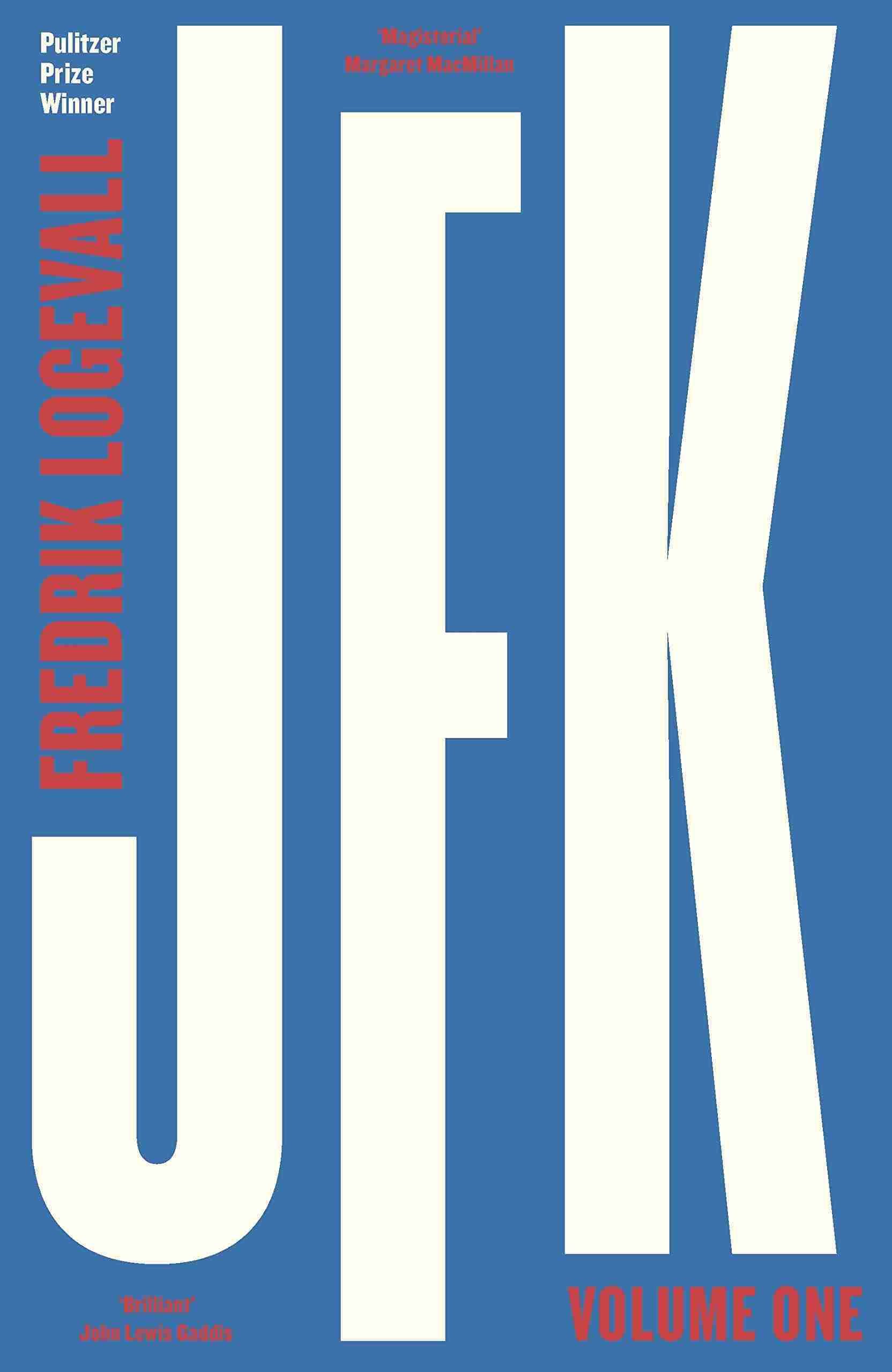 Another compelling, political tome – this time coming in at just over 650 pages (with a whopping 100 further pages of notes & bibliography!) – this landmark new work sees the Pulitzer Prize-winning historian Fredrik Logevall chronicle Kennedy’s remarkable life and times with extraordinary clarity, depth and attention to detail, delivering arguably the most absorbing, revelatory and meticulously researched biography of the man to date – and unsurprisingly, there have been a lot!

Logevall has spent the last decade combing through material unseen or unused by previous biographers, searching for and piecing together the ‘real’ John F. Kennedy. The result is a sweeping two-volume biography that for the first time properly contextualises Kennedy’s role in the international events of the twentieth century.

JFK: Volume 1: 1917-1956 spans the first thirty-nine years of JFK’s life – from birth through his decision to run for president – to reveal his early relationships, his formative and heroic experiences during World War II, his ideas, his bestselling writings, his political aspirations, and the role of his father, wartime ambassador to Britain. In examining these pre-White House years, Logevall shows us a more serious, independently minded Kennedy than we’ve previously known.

By the time of his assassination in 1963, John F. Kennedy stood at the helm of the greatest power the world had ever seen. Born in 1917 to a striving Irish American family that had become among Boston’s wealthiest, Kennedy knew political ambition from an early age, and his meteoric rise to become the youngest elected president cemented his status as one of the most mythologized figures in modern history. And while hagiographic portrayals of his dazzling charisma, reports of his extramarital affairs, and disagreements over his political legacy have come and gone in the decades since his untimely death, these accounts all fail to capture the full person.