WES ANDERSON: The Iconic Filmmaker and his Work

Unofficial and unauthorised though it may be, WES ANDERSON: The Iconic Filmmaker and his Work is an expertly crafted and beautifully presented new look at one of contemporary cinema’s best loved visionaries.

Loaded with rich imagery and detailed analysis of Anderson’s acclaimed films – including the The Grand Budapest Hotel, Rushmore, The Royal Tenenbaums and Moonrise Kingdom, as well as Anderson’s highly anticipated new film, The French Dispatch – WES ANDERSON: The Iconic Filmmaker and his Work is the first book to feature all of Wes Anderson’s movies in a single volume.

Acclaimed film journalist Ian Nathan provides an intelligent and thoughtful examination of the filmmaker, charting the themes, visuals, and narratives that have come to define Anderson’s work. From Anderson’s regular cast members – including Bill Murray and Owen Wilson – to his instantly recognisable aesthetic, recurring motifs and his scriptwriting processes, this in-depth collection will reveal how Wes Anderson became one of modern cinema’s most esteemed and influential directors.

Presented in a fun slipcase with 8-page gatefold section, this must have new book will delight all Wes Anderson devotees and movie lovers in general.

Former Sunday Times film critic Tom Shone knocks it out the park with this fascinating and incredibly detailed portrait of the great modern auteur Christopher Nolan.

Written with the full cooperation of Nolan himself, who granted Shone access to never-before-seen photographs, storyboards and sketches, THE NOLAN VARIATIONS is a deep-dive into the director’s films, influences, methods and obsessions. Here for the first time is Nolan on his dislocated, transatlantic childhood, how he dreamed up the plot of Inception lying awake one night in his dorm at school, his colour-blindness and its effect on Memento, his obsession with puzzles and optical illusions — and much, much more.

THE NOLAN VARIATIONS is a landmark study of one of the twenty-first century’s most dazzling cinematic artists. 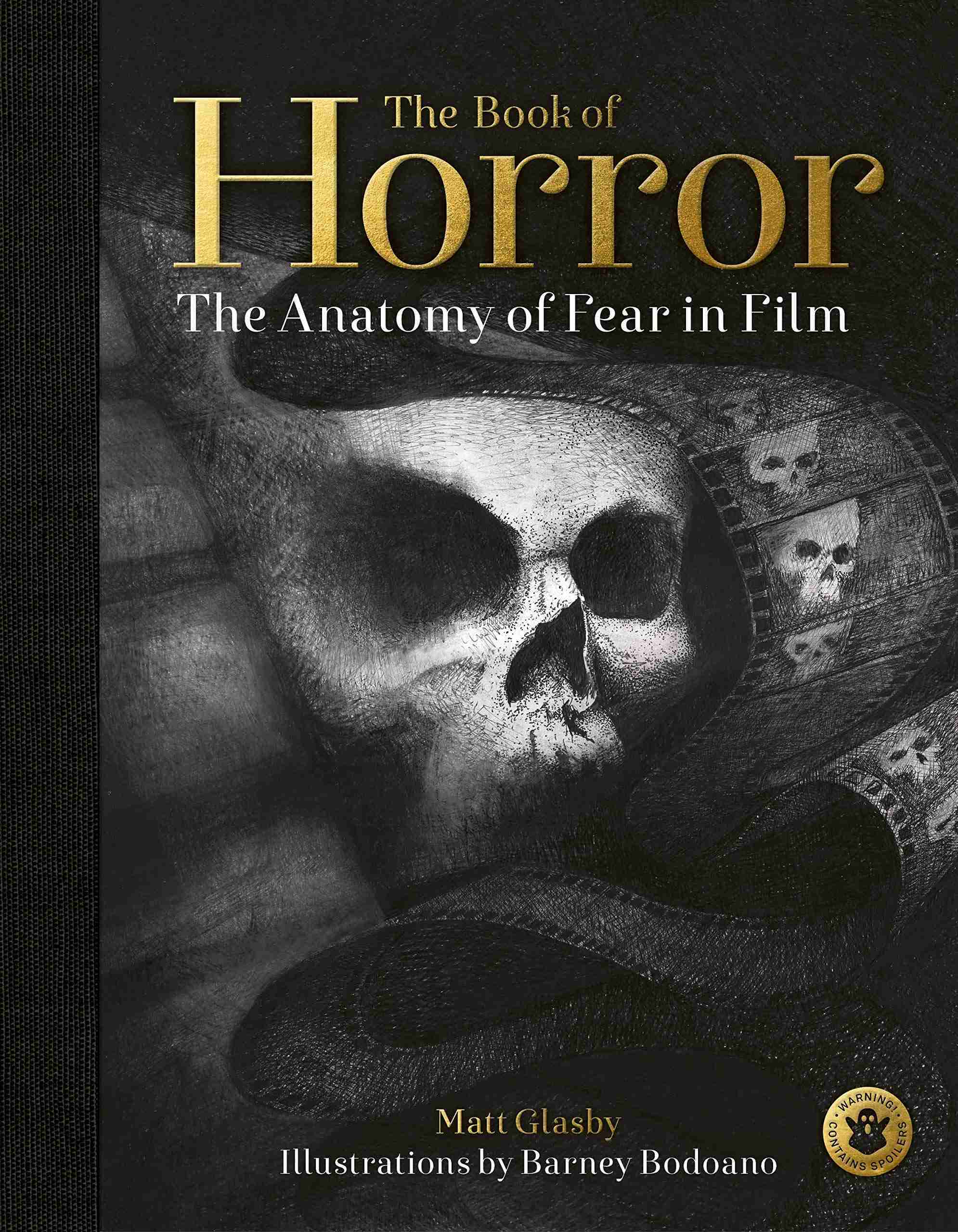 THE BOOK OF HORROR: The Anatomy of Fear in Film

Film critic Matt Glasby takes cinephiles on an in-depth journey through more than 30 classic and contemporary horror films in this compelling and strikingly illustrated new guide to some of the scariest and best loved horror movies ever made.

Horror movies have never been more critically or commercially successful, but there’s only one metric that matters: are they scary? Back in the silent era, viewers thrilled at Frankenstein and Dracula. Today, the monsters may have changed, but the instinct remains the same: to seek out the unspeakable, ride the adrenaline rush and play out our fears in the safety of the cinema.

THE BOOK OF HORROR: The Anatomy of Fear in Film focuses on the most frightening films of the post-war era – from Psycho (1960) to It Chapter Two (2019) – examining exactly how they scare us across a series of key categories. Each chapter explores a seminal horror film in depth, charting its scariest moments with infographics and identifying the related works you need to see. 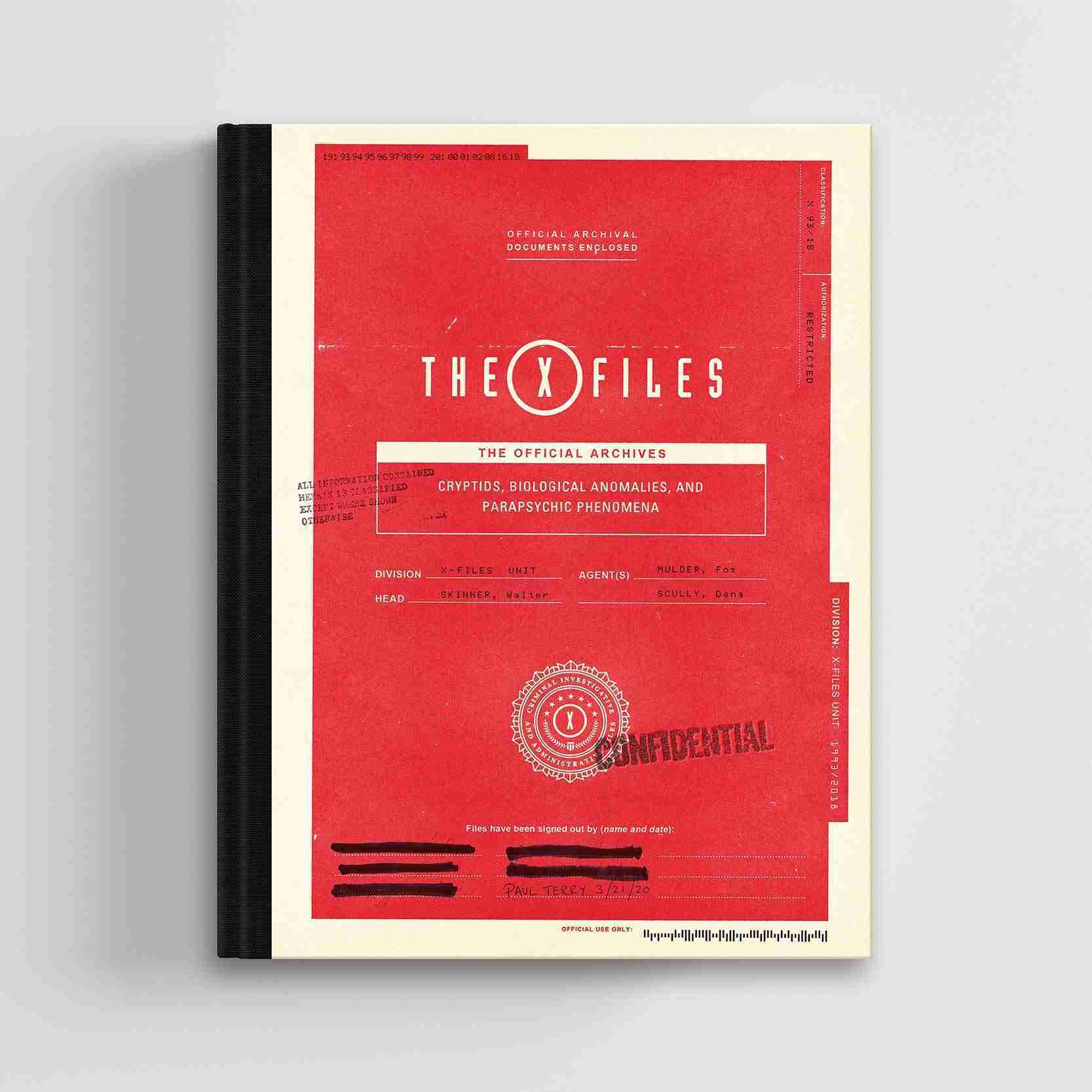 From bestselling author and music producer Paul Terry comes THE X-FILES: THE OFFICIAL ARCHIVES, a fully authorised, illustrated inside look into 50 of Mulder and Scully’s most memorable cases, as featured in the landmark sci-fi series.

For the first time, X-Files fans are gaining authorised access to Mulder and Scully’s notes, records, and visual evidence from actual X-File reports.

Designed to mimic a collection of FBI case files and packed with such items as autopsy reports, mug shots, lab results, handwritten notes, newspaper clippings, pages ripped from antique books on the occult, and security camera printouts, this fully authorized book is the only one of its kind.

Detailing 50 cases of cryptids, biological anomalies and parapsychic phenomena, THE X-FILES: THE OFFICIAL ARCHIVES showcases some of the hit show’s greatest villains, and instructs future agents on how to successfully investigate the paranormal! 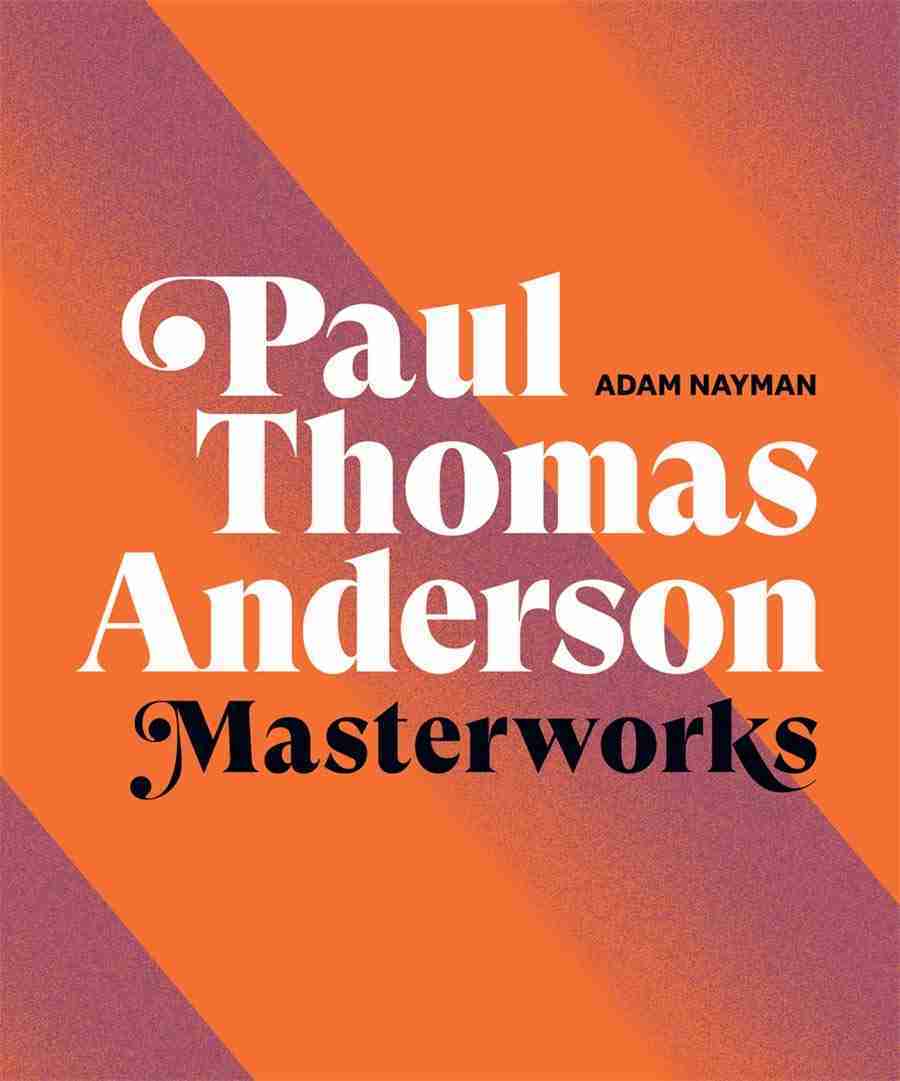 This heavily illustrated new monograph from film critic Adam Nayman and Little White Lies takes an in-depth look at the 30-year creative journey of one of modern cinema’s most acclaimed figures, Paul Thomas Anderson, exploring the master auteur’s entire oeuvre to date, including the OSCAR-nominated masterpieces Boogie Nights (1997), There Will Be Blood (2007), and The Master (2012).

Anderson’s films have received 25 Academy Award nominations, and he has worked closely with the likes of Daniel Day-Lewis, Joaquin Phoenix, and Philip Seymour Hoﬀman. In PAUL THOMAS ANDERSON: MASTERWORKS, Anderson’s entire filmography is examined in full illustrated detail for the ﬁrst time.

Anderson’s inﬂuences, style and recurring themes are all analysed and supplemented by ﬁrst-hand interviews with Anderson’s closest collaborators and illuminated by ﬁlm stills, archival photos, original illustrations, and a vibrant, engaging design aesthetic.