Christmas 2020 is nearly upon us, so to help with some last minute gift inspiration we’ve put together a series of themed Gift Guides rounding up a small selection of our favourite new and recent releases ideal for gifts and stocking fillers – with a little something for everyone! 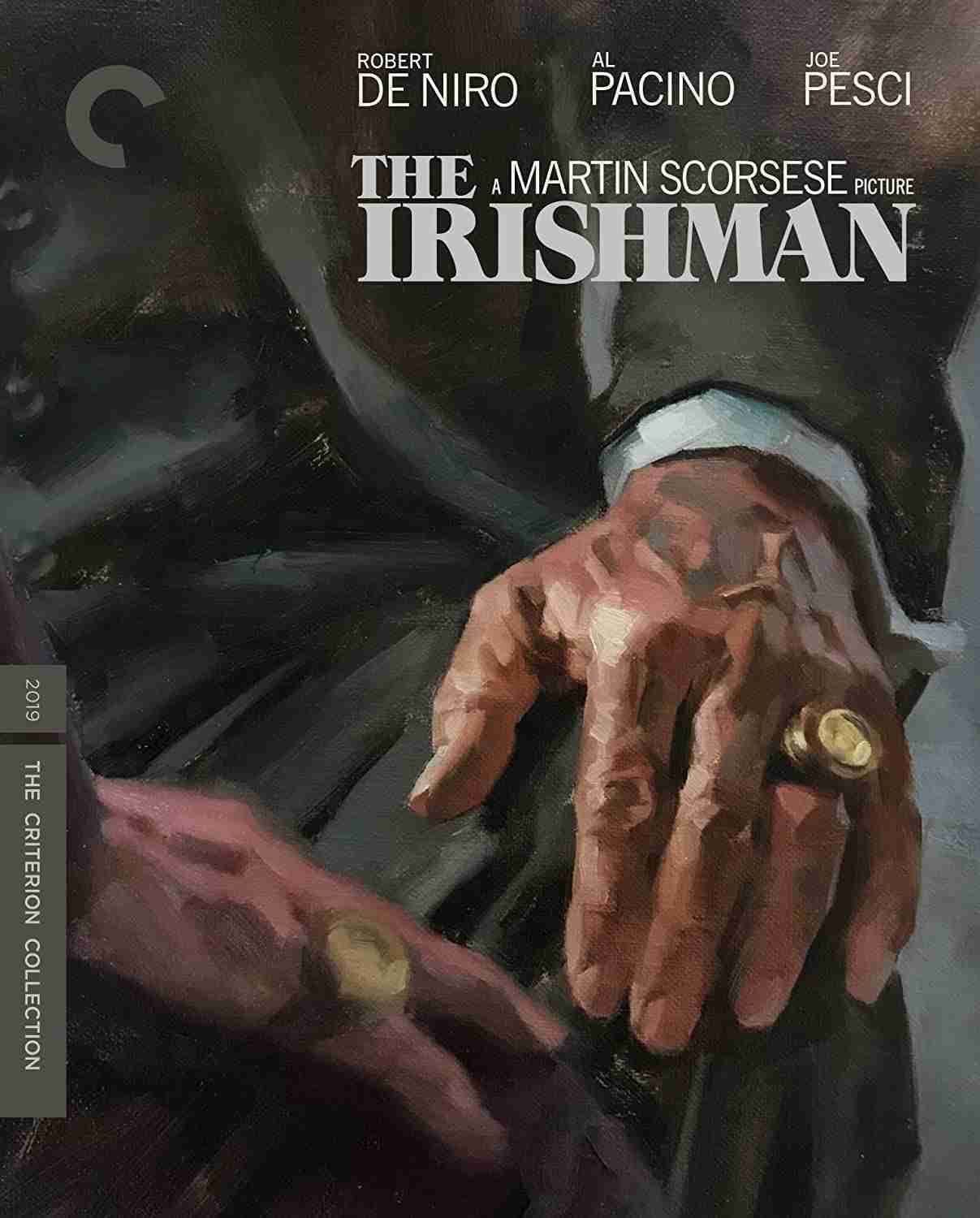 Left behind by the world, former hit man and union truck driver Frank Sheeran (Robert DeNiro) looks back from a nursing home on his life’s journey through the ranks of organized crime: from his involvement with Philadelphia mob boss Russell Bufalino (Joe Pesci) to his association with Teamsters union head Jimmy Hoffa (Al Pacino) to the rift that forced him to choose between the two.

THE IRISHMAN presents an intimate story of loyalty and betrayal writ large across the epic canvas of mid-twentieth-century American history. 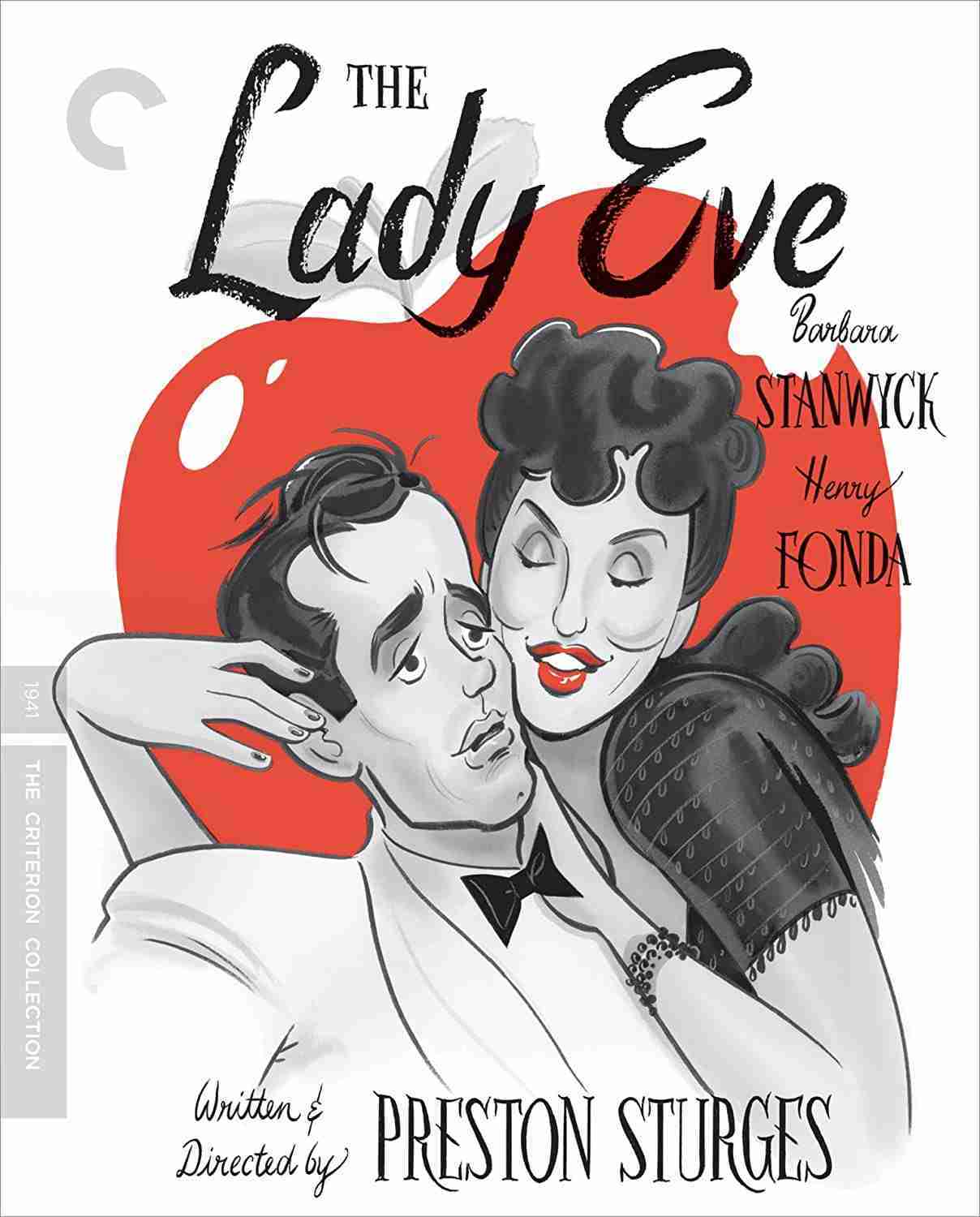 Preston Sturges‘ sparkling comedy classic, THE LADY EVE – one of the all-time great screwballs – finally gets the long-awaited Blu-ray upgrade it has long deserved thanks to the Criterion Collection and an exceptional, newly restored 4K digital transfer.

Barbara Stanwyck and Henry Fonda are on sensational form in this pitch-perfect comedy masterpiece from the Golden Age of Hollywood.

Aboard a cruise liner sailing up the coast of South America, Stanwyck’s conniving card sharp sets her sights on Fonda’s nerdy snake researcher, who happens to be the heir to a brewery fortune. But when the con artist falls for her mark, her grift becomes a game of hearts—and she is determined to win it all.

This gender-flipped battle-of-wits farce is perhaps Sturges’ most emotionally satisfying work, tempering its sparkling humor with a streak of tender poignancy supplied by the sensational Stanwyck at her peak. 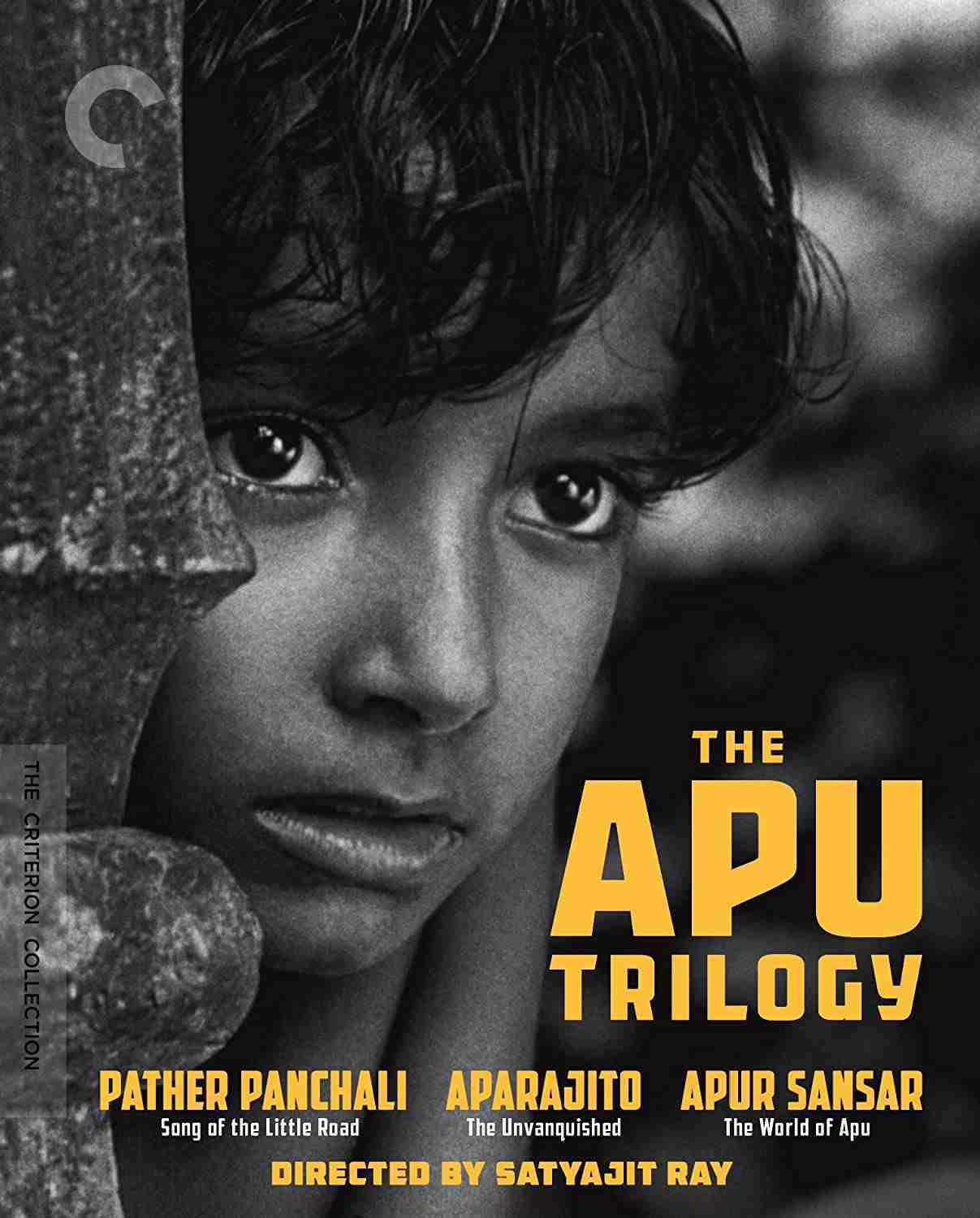 UK audiences have waited a long time for a Region B Blu-ray upgrade of master filmmaker Satyajit Ray‘s influential epic, THE APU TRILOGY – one of the greatest trilogies in world cinema – and we got one earlier this year with a UK friendly re-issue of Criterion’s essential, jam packed collector’s edition set, first released in the US back in 2015.

Artificial Eye’s 2003 edition of the trilogy has served UK audiences brilliantly for the best part of two decades, but glorious 4K digital restorations of all three films – combined with a wealth of in-depth new special features – make this a definitive release; not to mention an absolutely essential upgrade for fans who don’t already own the Region A edition!

Two decades after its original negatives were burned in a fire, Satyajit Ray’s breathtaking milestone of world cinema rises from the ashes in a meticulously reconstructed new restoration. The Apu Trilogy brought India into the golden age of international art-house film, following one indelible character, a free-spirited child in rural Bengal who matures into an adolescent urban student and finally a sensitive man of the world. These delicate masterworks—Pather Panchali (Song of the Little Road), Aparajito (The Unvanquished), and Apur Sansar (The World of Apu)—based on two books by Bibhutibhusan Banerjee, were shot over the course of five years, and each stands on its own as a tender, visually radiant journey. They are among the most achingly beautiful, richly humane movies ever made—essential works for any film lover. 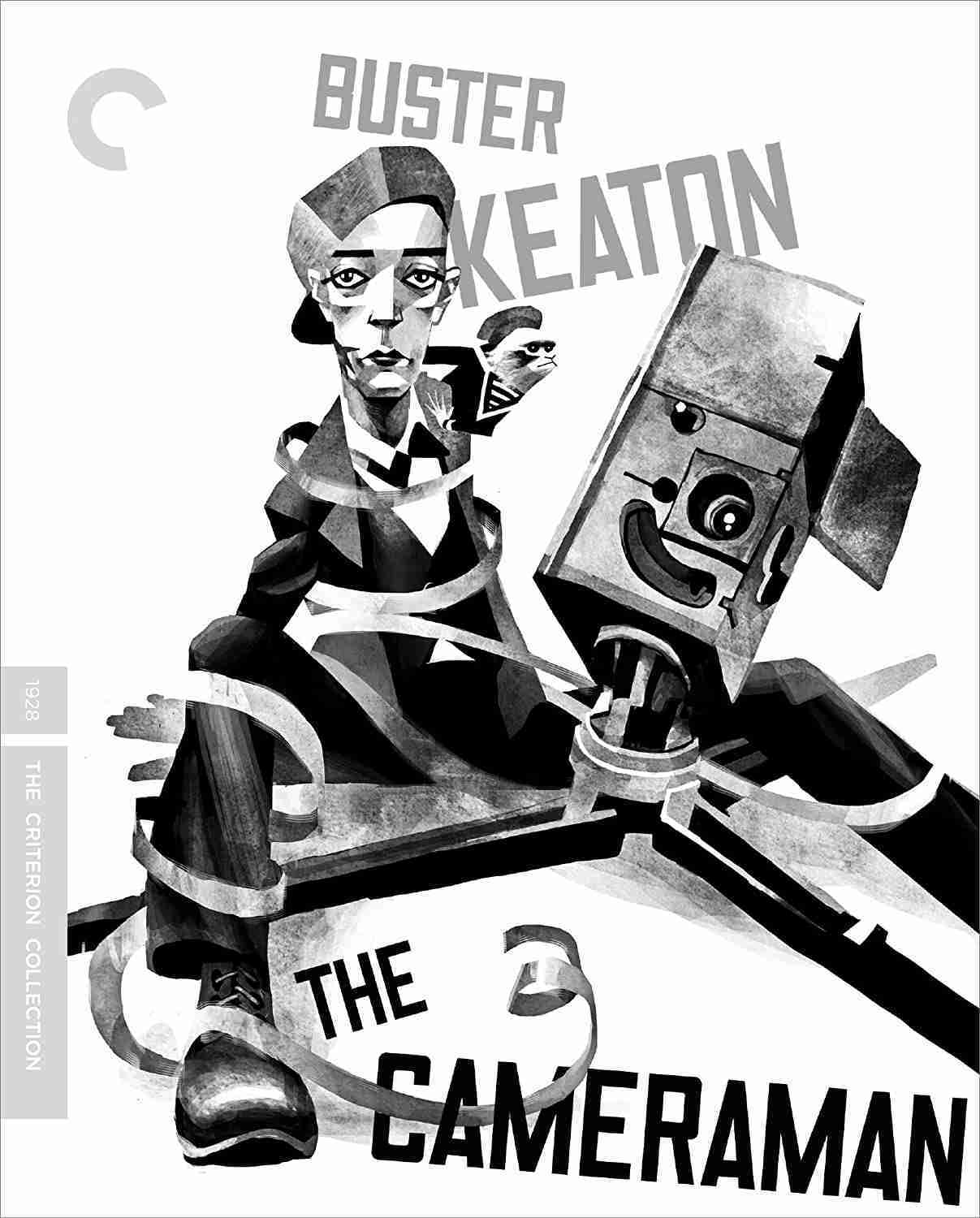 Once considered a lost film – having thought to have been destroyed in the 1965 MGM vault fire – THE CAMERAMAN sees silent master Buster Keaton at the peak of his slapstick powers in what is widely considered to be his last great masterpiece.

Presented from a new 4K digital restoration undertaken by the Cineteca di Bologna, the Criterion Collection, and Warner Bros., this staggering new edition is a release Keaton fans have been waiting for for far too long.

THE CAMERAMAN was the first film Keaton made after his disastrous move to Hollywood’s biggest studio, MGM – a move he later called the worst mistake of his career – but despite the issues that would later ensue (removal of creative control, complete loss of independence as a filmmaker, and the emergence of the sound era – all of which would cause long-lasting damage to his career) Keaton was amazingly able to retain control for one final time.

The result is a hugely innovative work and the culmination of an extraordinary, decade-long creative period that saw the star produce so many of the great, influential comedy masterpieces of the silent era.

Keaton plays a hapless newsreel cameraman desperate to impress both his new employer and his winsome office crush as he zigzags up and down Manhattan hustling for a scoop. Along the way, he goes for a swim (and winds up soaked), becomes embroiled in a Chinatown Tong War, and teams up with a memorable monkey sidekick (the famous Josephine).

The marvelously inventive film-within-a-film setup allows Keaton’s imagination to run wild, yielding both sly insights into the travails of moviemaking and an emotional payoff of disarming poignancy. 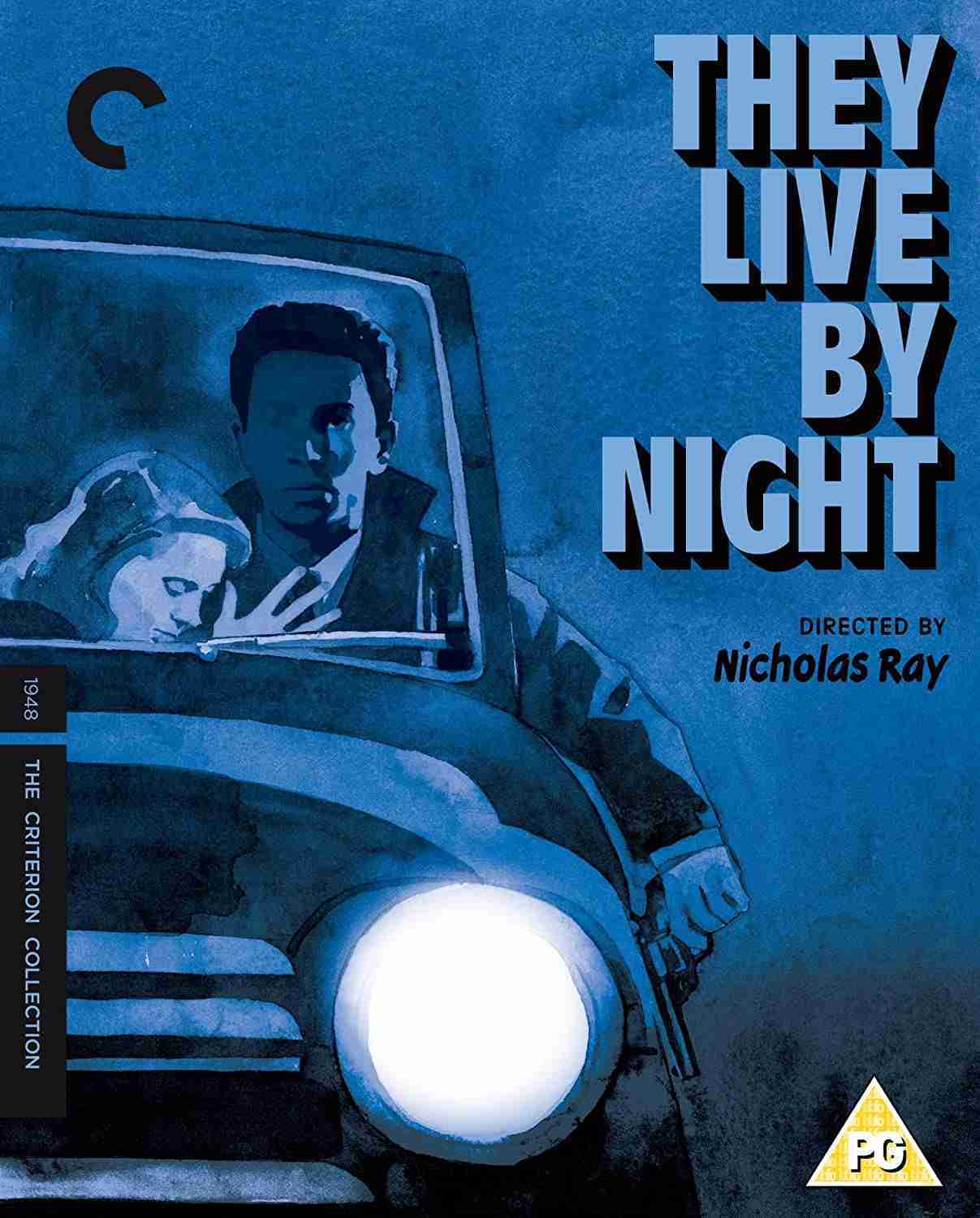 THEY LIVE BY NIGHT may have been a box-office failure upon its original release, however legendary filmmaker Nicholas Ray‘s imaginative, lyrical noir classic is now hailed by many as one of the great directorial debuts, and this essential new addition to the Criterion catalogue marks the long-awaited first official home entertainment release for this underrated film noir gem.

When the wide-eyed fugitive Bowie (Farley Granger), having broken out of prison with some bank robbers, meets the innocent Keechie (Cathy O’Donnell), each recognizes something in the other that no one else ever has. The young lovers envision a new, decent life together, but as they flee the cops and contend with Bowie’s fellow outlaws, who aren’t about to let him go straight, they realize there’s nowhere left to run.

Ray brought an outsider’s sensibility honed in the theater to this debut, using revolutionary camera techniques and naturalistic performances to craft a profoundly romantic crime drama that paved the way for decades of lovers-on-the-run thrillers to come. 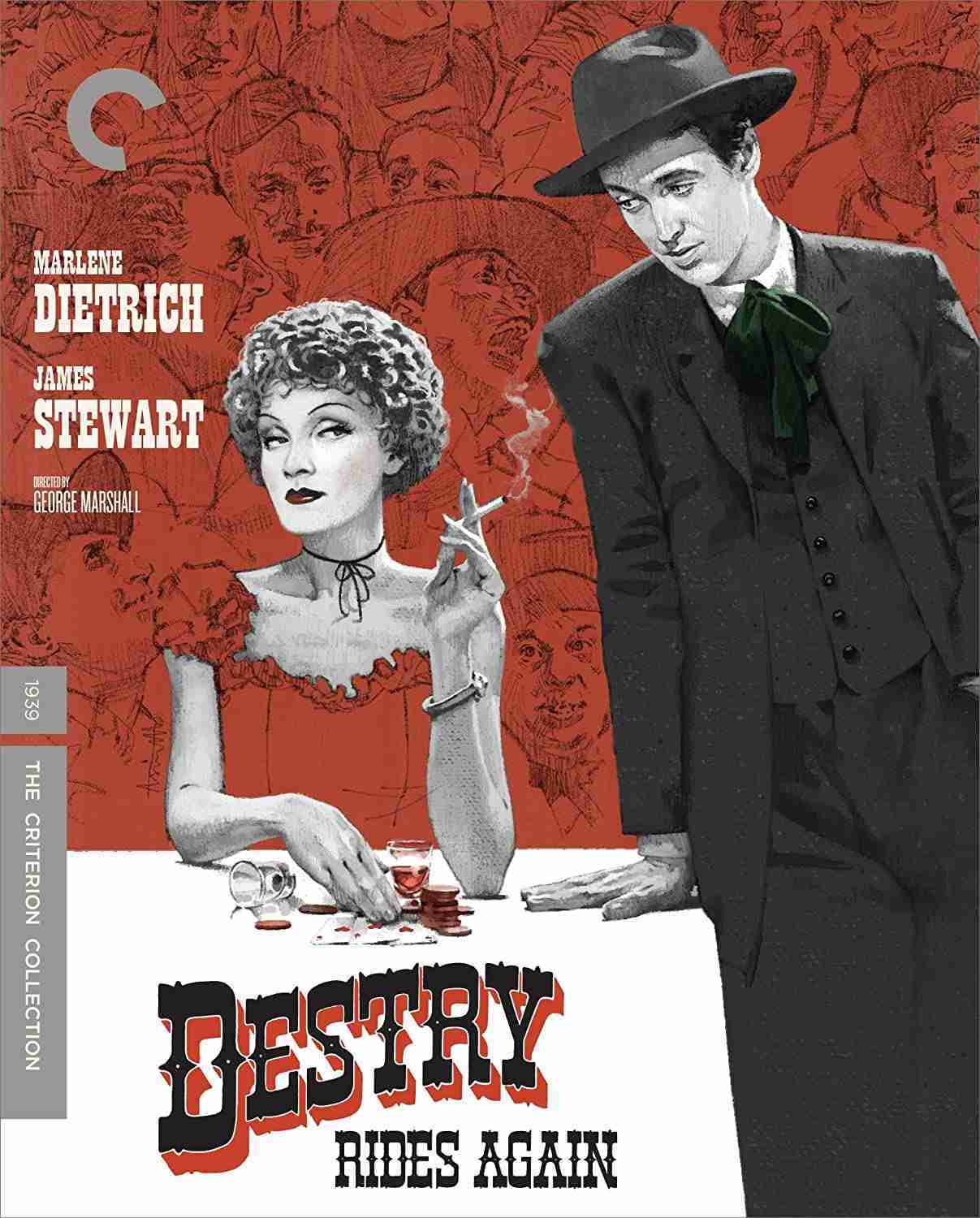 Film fans have long waited to see George Marshall‘s sparkling comedy western DESTRY RIDES AGAIN upgraded to Blu-ray, so it is particularly pleasing to discover that Criterion‘s superb new edition of the irresistible classic (another must own!) – which looks and sounds as lush and vibrant as could be hoped for – does not disappoint!

DESTRY RIDES AGAIN is presented from a new 4K digital restoration by Universal Pictures, in collaboration with The Film Foundation, and delivers truly amazing video and audio.

For fans of Marlene Dietrich, James Stewart, comedy westerns, or simply classic cinema, this is yet another must own release, and one that needs to be added to those steadily growing wish lists!

Marlene Dietrich and  James Stewart ride high in this superb comedic western, both a boisterous spoof and a shining example of its genre. As the brawling, rough-and-tumble saloon singer Frenchy, Dietrich shed her exotic love-goddess image and launched a triumphant career comeback, while Stewart cemented his amiable everyman persona, in his first of many westerns, with a charming turn as a gun-abhorring deputy sheriff who uses his wits to bring law and order to the frontier town of Bottleneck.

A sparkling script, a supporting cast of virtuoso character actors, and rollicking musical numbers—delivered with unmatched bravado by the magnetic Dietrich—come together to create an irresistible, oft-imitated marvel of studio-era craftsmanship.