Filmed during the last 18 months of Jack Charlton’s life and detailing his previously undocumented life with dementia, FINDING JACK CHARLTON is a uniquely emotional insight into the life and career of a sporting legend.

Directed by Gabriel Clarke (Bobby Robson: More Than A Manager; Steve McQueen: The Man & Le Mans) and Pete Thomas (Adam Hills: Take His Legs), and executively produced by former Republic of Ireland captain Andy Townsend, FINDING JACK CHARLTON is a portrait of an extraordinary man: an English World Cup-winning legend, who became an Irish hero. Shot on location in Ireland and England, the film also explores Jack’s life with dementia.

To celebrate the release of the film – available now on Blu-ray, DVD and Digital Download courtesy of Noah Media Group – we have 2 x DVD copies of the film to give away. 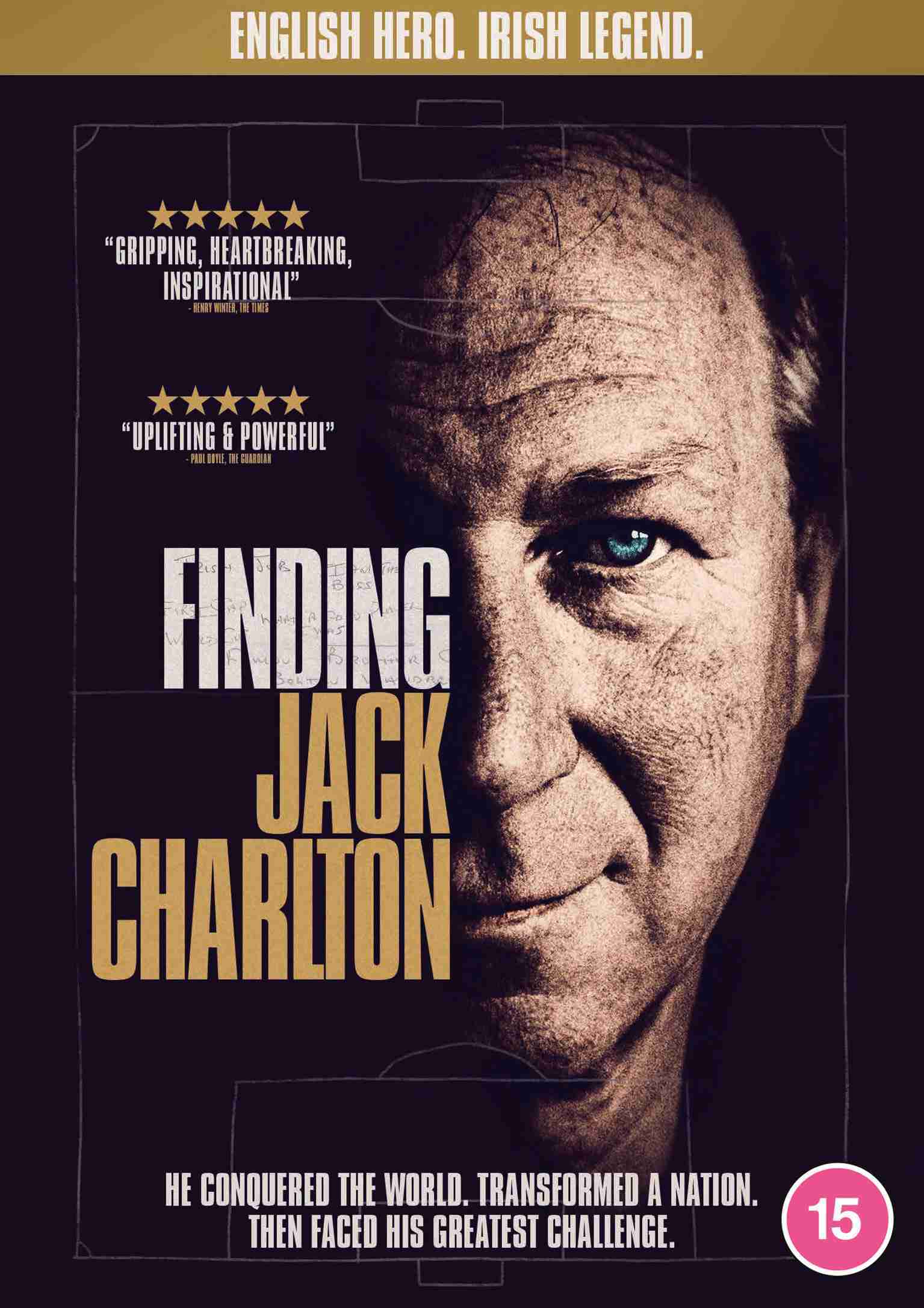 The film’s contemporary narrative forms a central theme of the story, offering an intimate, compelling insight into Jack the man and the challenge faced by thousands of families universally.

The documentary features key characters from throughout Jack’s career, with contributions from Jack’s family for the first time, including his wife Pat and son John. They are supported by major figures in football, music, film and politics, enabling the exploration of the major pillars of Jack’s life: Jack & England, Jack & Ireland, and Jack & his brother, Sir Bobby Charlton.

Significantly, Jack’s family have given access to detailed, hand-written notes that Jack made and kept safe throughout his career. These personal thoughts are an intimate window into Jack’s managerial philosophy and offer a new level of understanding into ‘Finding Jack’.

Multiple sources of revealing, unseen archive footage have also been uncovered, captured behind the scenes with Jack and the Ireland team during the World Cup in 1990 and on the road to their qualification for the 1994 World Cup in the USA.

The film is produced by Noah Media Group’s John McKenna and Torquil Jones.

***** To enter, fill out the form with ‘JACK’ in the subject line, including your full name, email address, Twitter username* and contact number. *****

*You must be following @TheArtsShelf on Twitter to be eligible to win!