The BFI will release a new 4K restoration of Mathieu Kassovitz‘s landmark crime drama, LA HAINE, in a Limited Edition (5,000 copies only) 2-Disc Blu-ray set on 23 November 2020, to celebrate the film’s 25th Anniversary.

The film will also be available on Digital on BFI Player, iTunes and Amazon Prime. 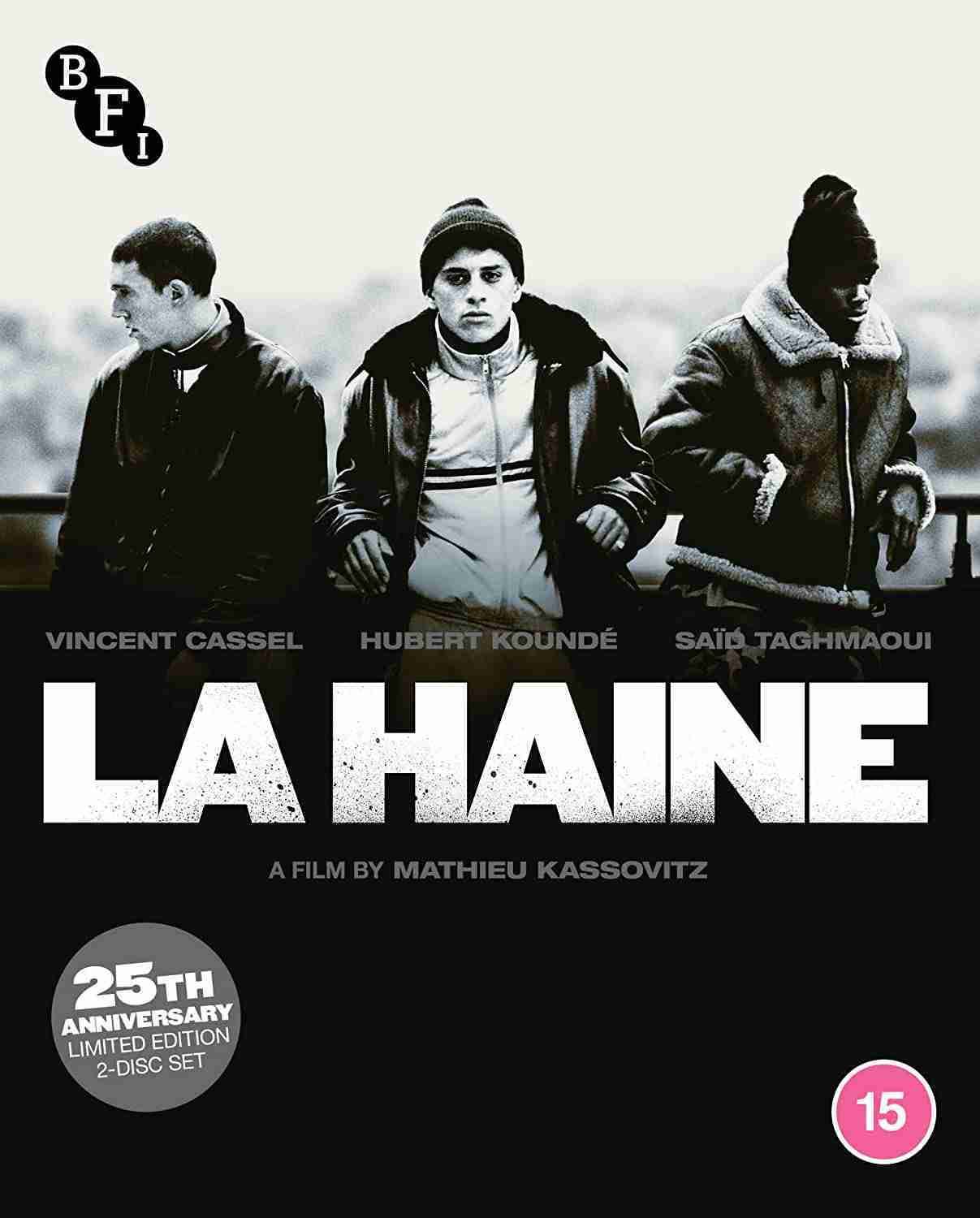 The film takes place over 24 hours following the police shooting of a young man from a deprived housing estate, and shows the world through the eyes of three friends – one North African, one Jewish and one black – who are frustrated with politicians, the media and police brutality. Black and white visuals, a thumping hip–hop soundtrack and graffiti–daubed streets underscore the urgency and rebellion at the heart of this game–changing classic.

· Three short films by Mathieu Kassovitz: Fierrot le pou (1990, 7 mins): a young man shoots hoops (or tries) in a gym, in an effort to impress a young woman; Cauchemar blanc (1991, 10 mins): a group of white men carry out a racist attack in the banlieue; Assassins (1992, 12 mins): Kassovitz’s short film that he later developed into the feature Assassin(s) in 1997

· Anatomy of a Scene (1995, 7 mins): a look at the shooting of a particularly challenging scene

· Behind the scenes (1995, 6 mins): Kassovitz, his cast and crew prepare to embark on making La Haine