This is Herman Mankiewicz, but you should call him MANK!

Netflix International Pictures has released the official trailer and key art for David Fincher’s highly anticipated new drama, MANK, which will be released in select UK cinemas in November and on Netflix on 4 December 2020.

1930s Hollywood is re-evaluated through the eyes of scathing social critic and alcoholic screenwriter Herman J. Mankiewicz as he races to finish the screenplay of Citizen Kane for Orson Welles. 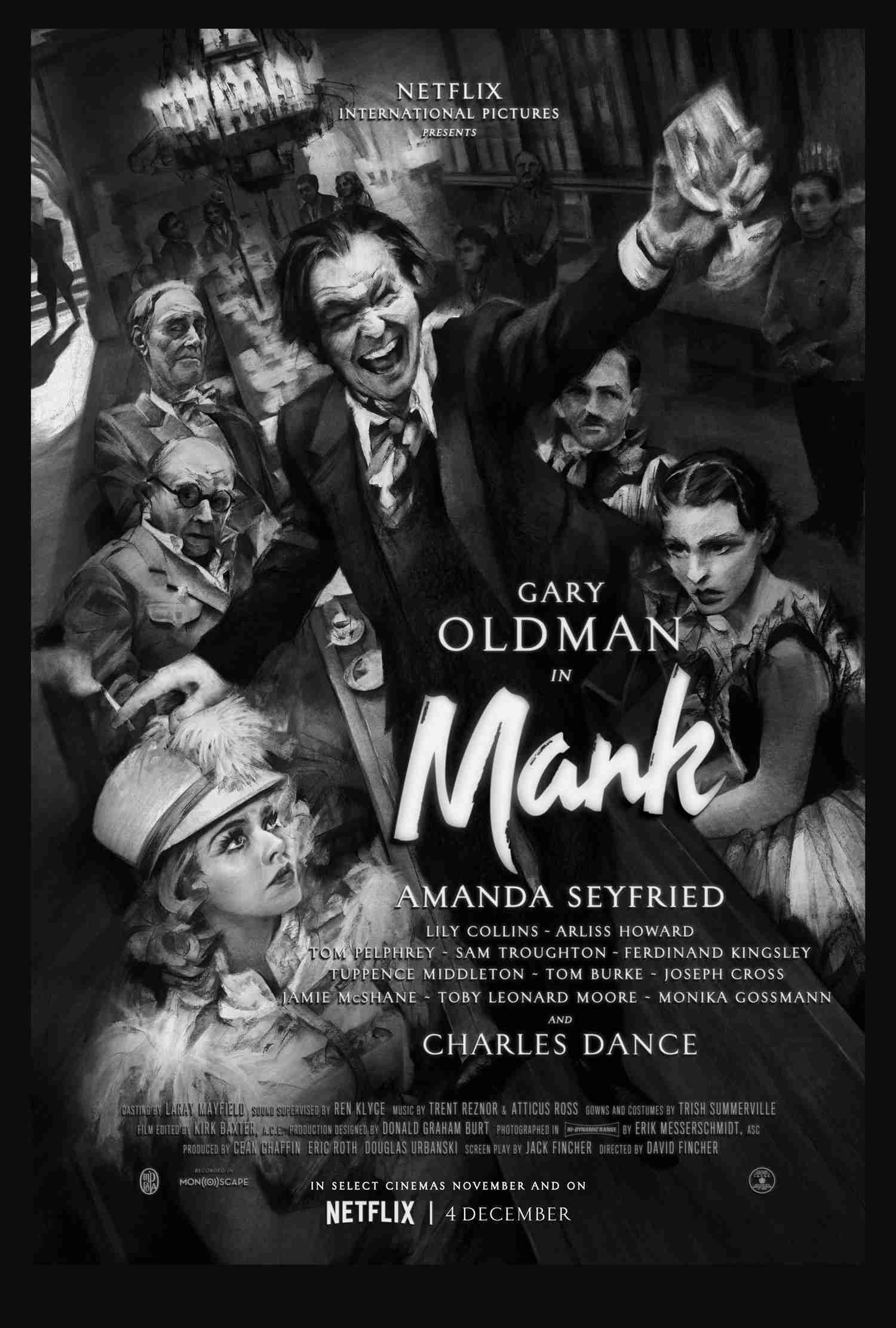