Hope Mill Theatre have today announced that after selling-out the live run of their revival of the classic rock musical RENT in only 48 hours, the production will now be filmed and broadcast online to a strictly limited number of viewers.

Captured during a live performance by Umbrella Rooms, the production will then be made available over four weekends during the production’s run, starting from the final two weeks.

The 12 company members will receive a Covid-19 test prior to being placed in one household (bubble) for the length of the run in Manchester. 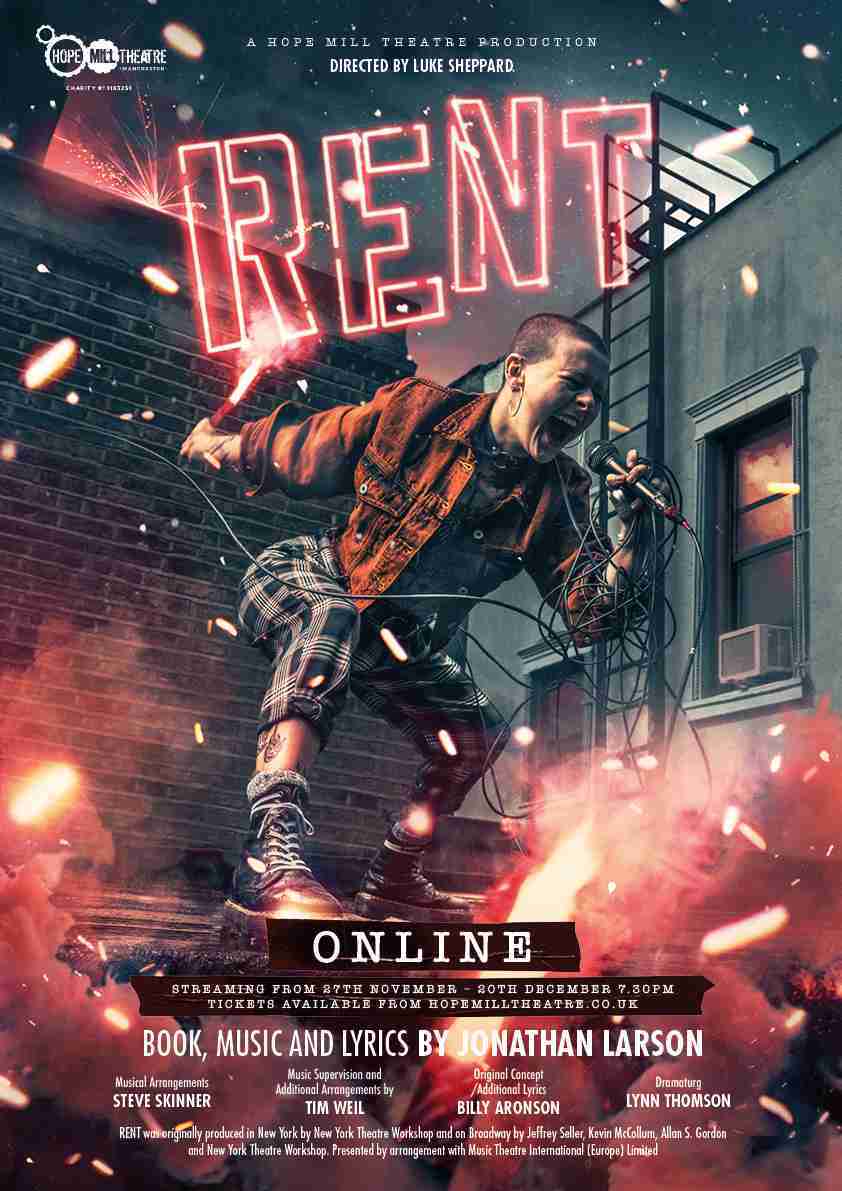 Online tickets will be available over the following weekends and will be released from 10am on Friday 9th October 2020:

For more information or to register for priority booking, which will allow you to book 24 hours before general on sale visit www.hopemilltheatre.co.uk. 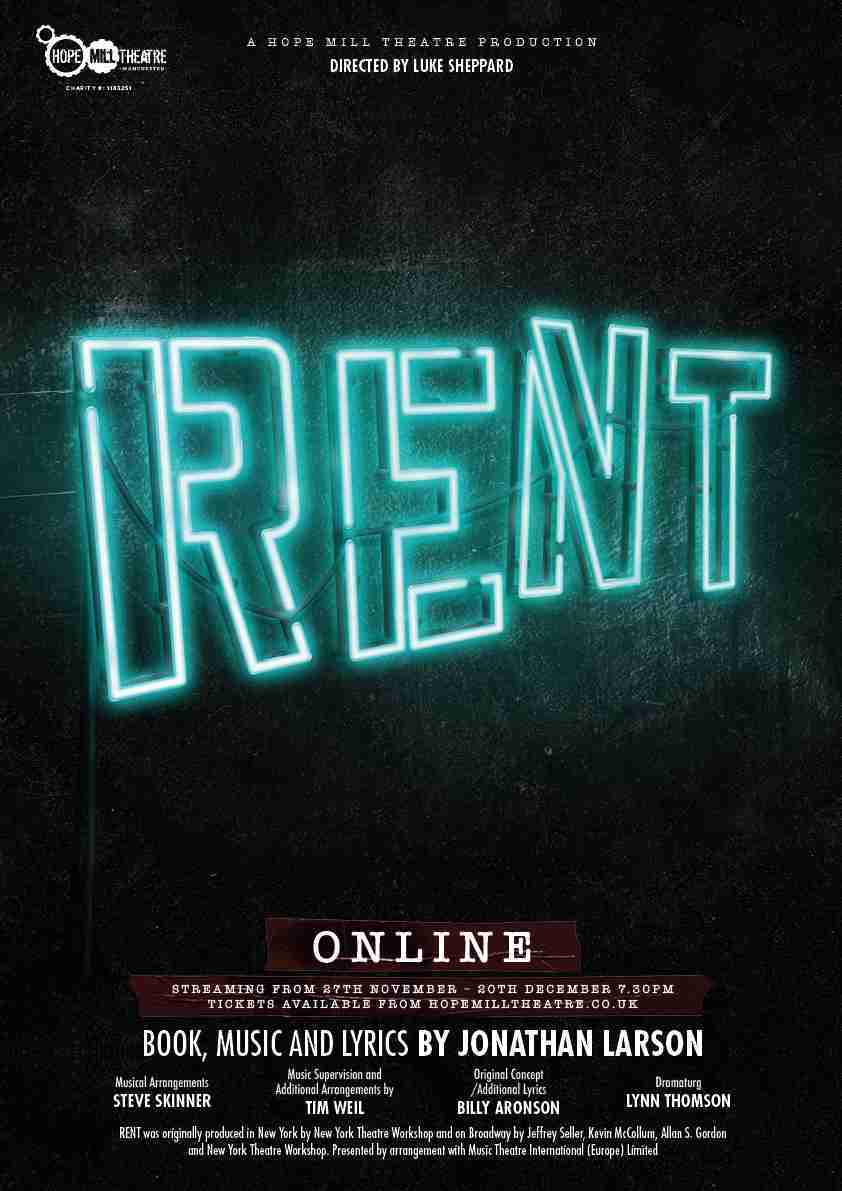 Artwork by Feast Creative and video content by The Umbrella Rooms.