To celebrate the 65th anniversary of Ealing Studios’ flawless classic, THE LADYKILLERS, Studiocanal will be releasing the first ever 4K restoration of the film from the original 3-strip Technicolor negative, showcasing director Alexander Mackendrick’s celebrated film in its full glory.

THE LADYKILLERS will be released in cinemas on 23rd October 2020 and the 5-Disc 4K UHD Collector’s Edition, as well as standard Blu-ray and DVD editions, will be released on 9th November 2020.

THE LADYKILLERS follows the hilarious capers of a group of small-time crooks, taking on more they can handle in the form of their sweet, but slightly dotty, elderly landlady Mrs Wilberforce (a BAFTA winning Katie Johnson).

To celebrate the release, we have 1 x 4K UHD Limited Collector’s Edition to give away to one lucky reader! (scroll down to enter!) 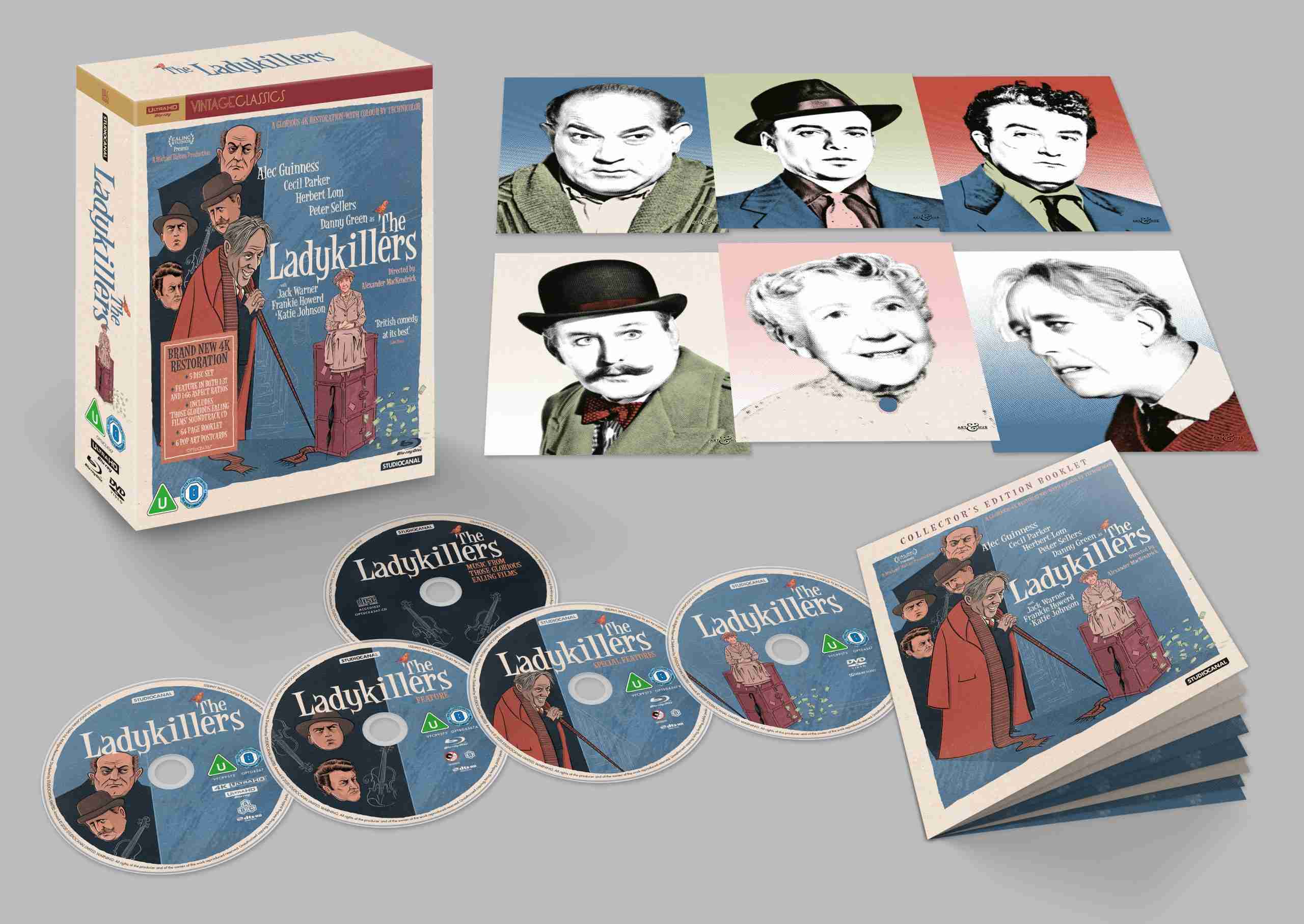 As THE LADYKILLERS was the last Technicolor three-strip film shot in the UK, it was crucially important that the original camera negative was used for a restoration that will serve as the best version of the film since its original release. The restoration began with the 4K pin-registered scanning of the original 1950s Technicolor three-strip camera negative. The three strips had to have their colour separations combined to produce the final colour image. One of the biggest issues to overcome was aligning the colour separations together, initially an automated process, but also requiring a huge amount of manual tweaking.

Manual and automated digital restoration was carried out over the aligned images. The film suffered from a few extreme issues such as blue marks in the middle to right hand side of frame throughout the film that had to be removed, there was significant density fluctuation (flicker) that has been corrected as best as possible on a shot by shot basis. Many shots suffered from instability and some sections also suffered from scratching, the worst being a four-minute section including scratches throughout the sequence with up to eight onscreen at a time. In total the film benefitted from over a 1000 hours’ worth of 4K digital restoration.

A 35mm Technicolor print was used as a reference for the colour grade to ensure the new HDR Dolby Vision master stayed true to the films original 1950s ‘Colour by Technicolor’ look.

***** To enter, fill out the form with ‘Wilberforce‘ in the subject line, including your full name, email address, Twitter username* and contact number. *****

*You must be following @TheArtsShelf on Twitter to be eligible to win!