Narrated by Josh Gad, the eight-episode docu-series is the ultimate tribute to the parks’ magnificent array of more than 300 species and 5,000-plus animals and the herculean tasks their animal care experts undertake to keep things running day and night.

Disney+ viewers can now peek behind the curtain of the most-visited theme parks in the world to explore Earth’s iconic animal kingdoms with Disney’s dedicated and highly skilled animal care experts and veterinary teams as guides. 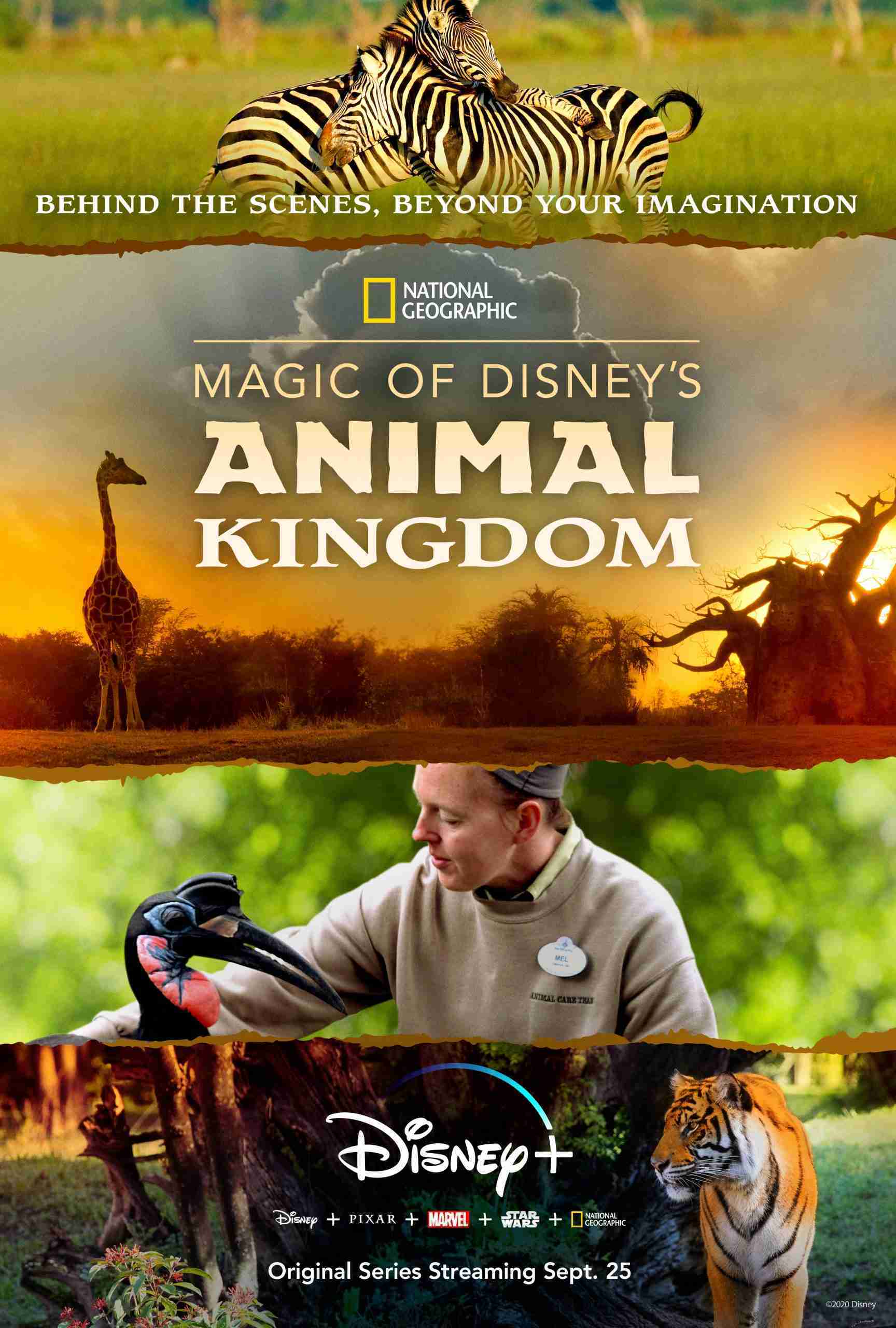 The docu-series introduces viewers to enchanting animals that have their own unique personalities and family dynamics, inviting fans of Disney, nature and animals to spend time with all the parks’ residents in brand-new ways, including the following:

●       Gorilla Falls Exploration Trail — Hang out with the newest member of the gorilla troop, baby Grace, named after the GRACE (Gorilla Rehabilitation and Conservation Education Center) gorilla sanctuary in the Democratic Republic of the Congo, and help her dad and troop leader, Gino, celebrate his 39th birthday.

●       Kilimanjaro Safaris — Swing past a day spa as keeper Nicole gives two hyenas a bath in the hopes that they’ll be as endearing to guests as they are to her; watch Dakari, the alpha male African lion, reign over his land; and meet Kinsey, the alpha lioness, who’s the real ruler of the pride.

●       Discovery Island — Stop by the love nest of Carri and Bones, an endangered vulture couple, as animal keeper Tricia sets the mood for mating and steps up as eggsitter.

●       The Seas with Nemo & Friends at EPCOT — Plunge in with some of the 3,000 ocean animals that call it home, including an injured wild sea turtle, Harry; rescued manatees Lil’ Joe and Lou; Darby, a pregnant spotted eagle ray; and aquarist Amanda, who is also expecting.

Filmed across five months, the series incorporates cutting-edge technology, including custom-built GoPro enclosures, 18-foot cranes and underwater camera systems, to highlight the magic found in every crevice of the kingdom. “Magic of Disney’s Animal Kingdom” dives into the details of each park, unveiling the multifaceted aspects of animal care, operations and Imagineering. Viewers get up close to veterinarians working in one of the world’s most advanced animal health facilities as they solve a menagerie of medical mysteries and revolutionize the care they give to their animals.

Groundbreaking conservation remains a critical component of The Walt Disney Company’s mission, and “Magic of Disney’s Animal Kingdom” also highlights the parks’ commitment to protecting the magic of nature. Since 1995, the Disney Conservation Fund has directed $100 million to support nonprofit organizations working with communities to save wildlife, inspire action and protect the planet. In addition, Disney Conservation Team Wildlife works hand-in-hand with the animal care teams to deliver best-in-class scientific programs to conserve wildlife in Disney’s backyard and beyond and inspire people from around the world to care for the planet through everyday actions.