On 17 August 1960, five young lads from Liverpool – John Lennon, Paul McCartney, George Harrison, Stuart Sutcliffe and Pete Best – made their very first public appearance as “The Beatles”, live on stage at the Indra in Hamburg.

In the following two years, they would lay the foundations for their global career in the live clubs of St Pauli, Hamburg’s infamous red-light district at the time.

This summer, Hamburg will be celebrating The Beatles’ 60th Anniversary with a dedicated event: the grand “Stream & Shout” show on 17 August 2020. 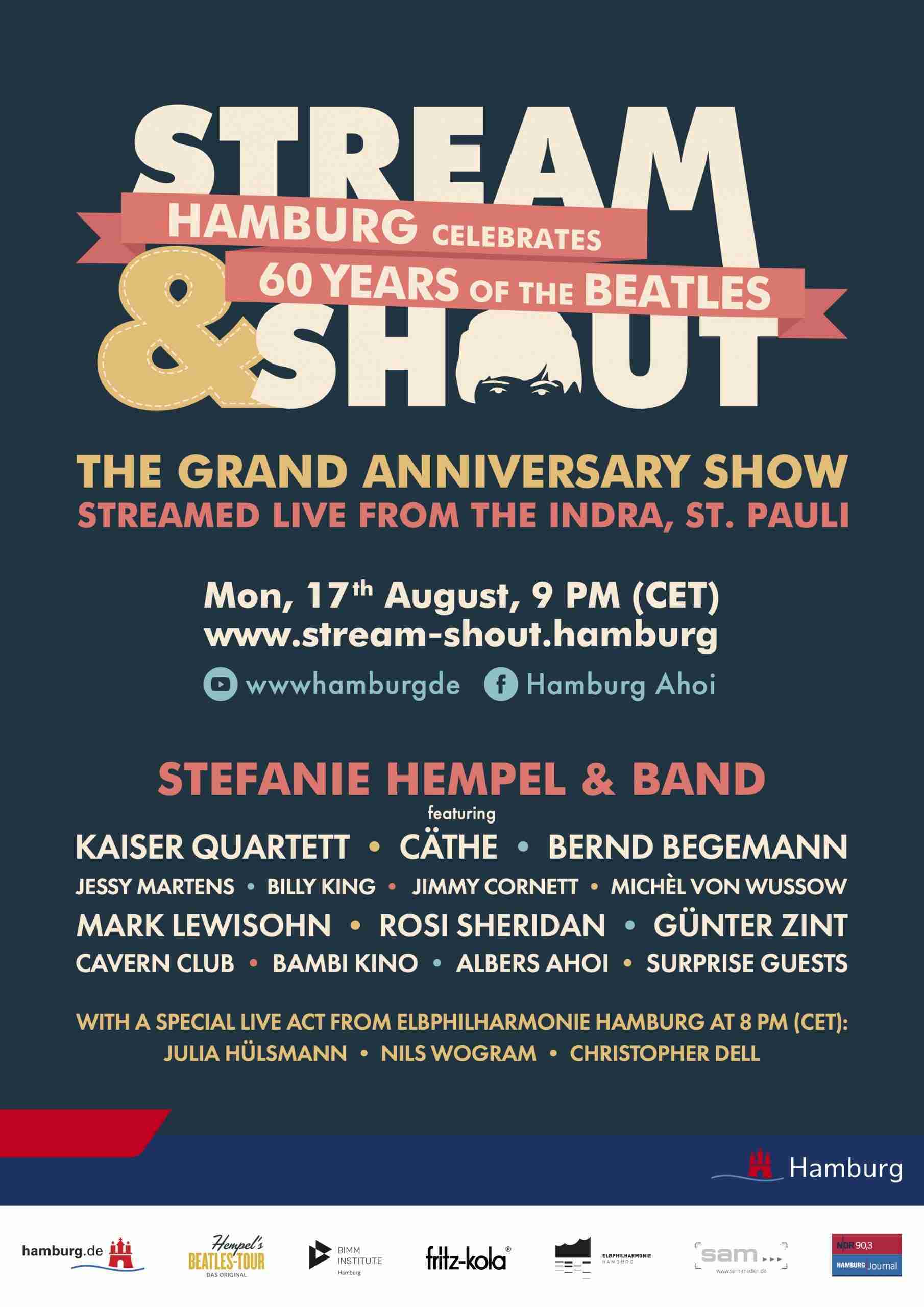 The event will be hosted by Stefanie Hempel, Hamburg’s Beatles expert, who will be joined by friends from the music scene, celebrity guests as well as contemporary witnesses.

From 9 pm (CET), they will be presenting a unique rock’n’roll programme at the original venue, the Indra – including a recreated original Beatles set from August 1960 as well as some of the Beatles’ greatest hits and legendary songs – which Beatles fans from around the world can enjoy via a live stream!

Hamburg’s landmark, the Elbphilharmonie concert hall, will also be joining in on the anniversary celebrations: there will be a live stream from the Grand Hall prior to the Stream & Shout show.

Starting at 8 pm (CET), a premiere honouring the Beatles, arranged by jazz pianist Julia Hülsmann, will be streamed especially for the occasion.

She will be accompanied by Nils Wogram (trombone) and Christopher Dell (vibraphone).