Marie Curie biopic ‘RADIOACTIVE’ will be available on DVD from 27th July 2020!

Director Marjane Satrapi’s new biographical drama, RADIOACTIVE, based on the acclaimed graphic novel, Radioactive: Marie & Pierre Curie: A Tale of Love and Fallout by Lauren Redniss, is out now on digital download and will be available on DVD from 27th July 2020 courtesy of Studiocanal.

Adapted for the screen by Jack Thorne, the film stars Rosamund Pike as Marie Curie, alongside Sam Riley as Pierre Curie, and Aneurin Barnard, Anya Taylor-Joy, and Simon Russell Beale. 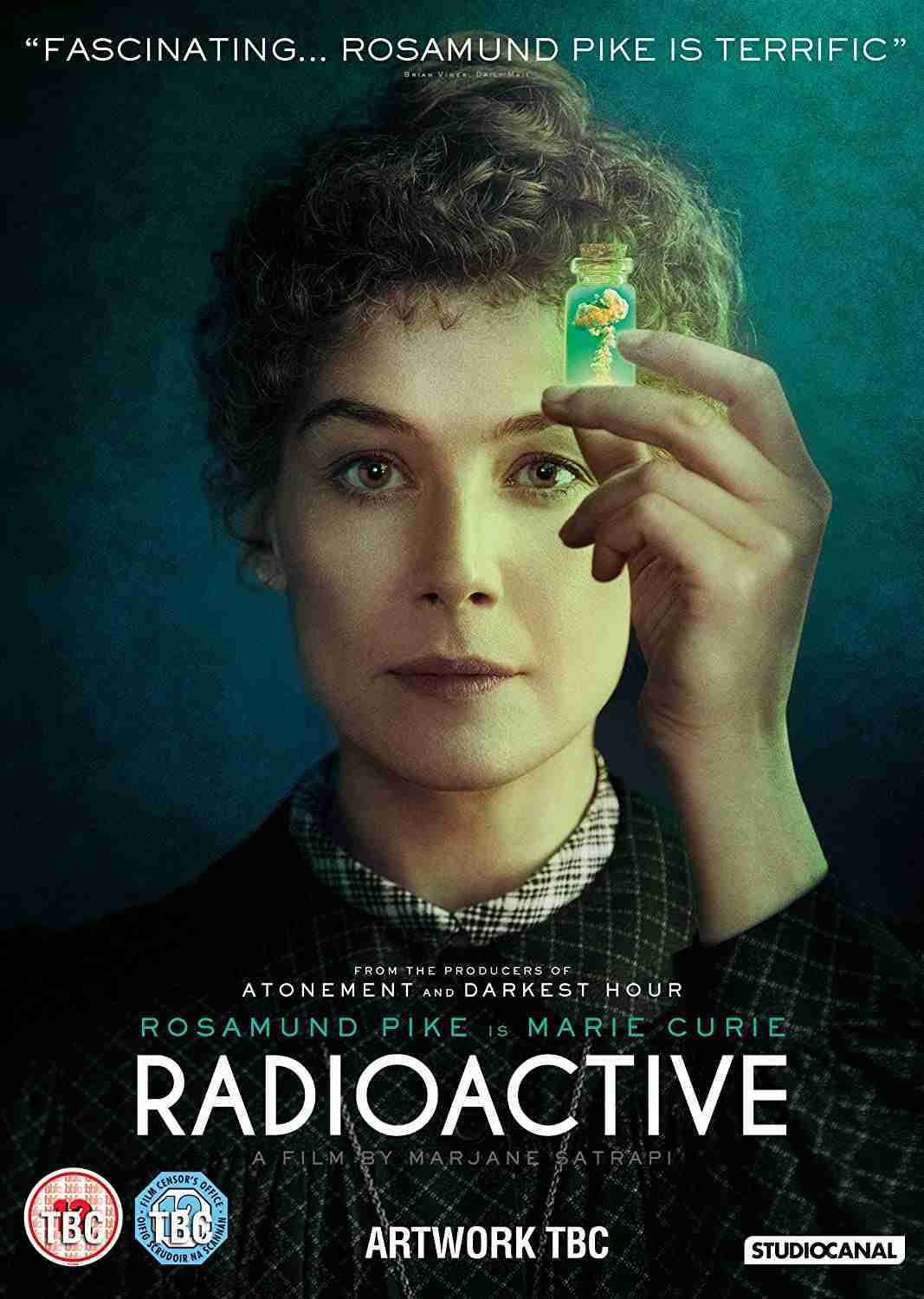 From the 1870s to the modern era, RADIOACTIVE is a journey through Marie Curie’s (Pike) enduring legacies – her passionate relationships, scientific breakthroughs, and the consequences that followed for her and for the world. After meeting fellow scientist Pierre Curie (Riley), the pair go on to marry and change the face of science forever by their discovery of radioactivity. The genius of the Curies’ world-changing discoveries and the ensuing Nobel Prize propels the devoted couple into the international limelight.

RADIOACTIVE is a bold, visionary depiction of the transformative effects and ensuing fallout of the Curie’s work and how this shaped the 20th Century.