‘SIX’ to play open air drive-in concert tour this summer with Utilita Live From The Drive-In!

Electrifying musical phenomenon SIX by Toby Marlow and Lucy Moss will become the first West End musical to resume performances across the U.K. with Utilita Live From The Drive-In.

SIX will perform an 8-show week in each venue with customers arriving by car but able to step outside, picnic and party while they watch the festival-style full-length live stage show from their own dedicated area next to their vehicle. 300 vehicles can attend each show with a maximum of seven people allowed in each car.

The producers have announced they will be sending the Arts Theatre cast and the UK Tour casts on tour subject to the Queens own availability, but can’t guarantee any
individual cast members at specific performances.

Designed to comply with all official guidelines, Utilita Live From The Drive-In will deliver the UK’s premier drive-in experience, boasting concert quality sound from a live stage with a full state of the art sound system, lighting rig and high definition LED screens, creating an arena or stadium concert feel in a safe Drive-In setting adhering to the Government’s current social distancing rules to protect fans, artists, crews and staff at all times.

TICKETS WILL GO ON SALE 8am FRIDAY 3 JULY AT LIVENATION.CO.UK 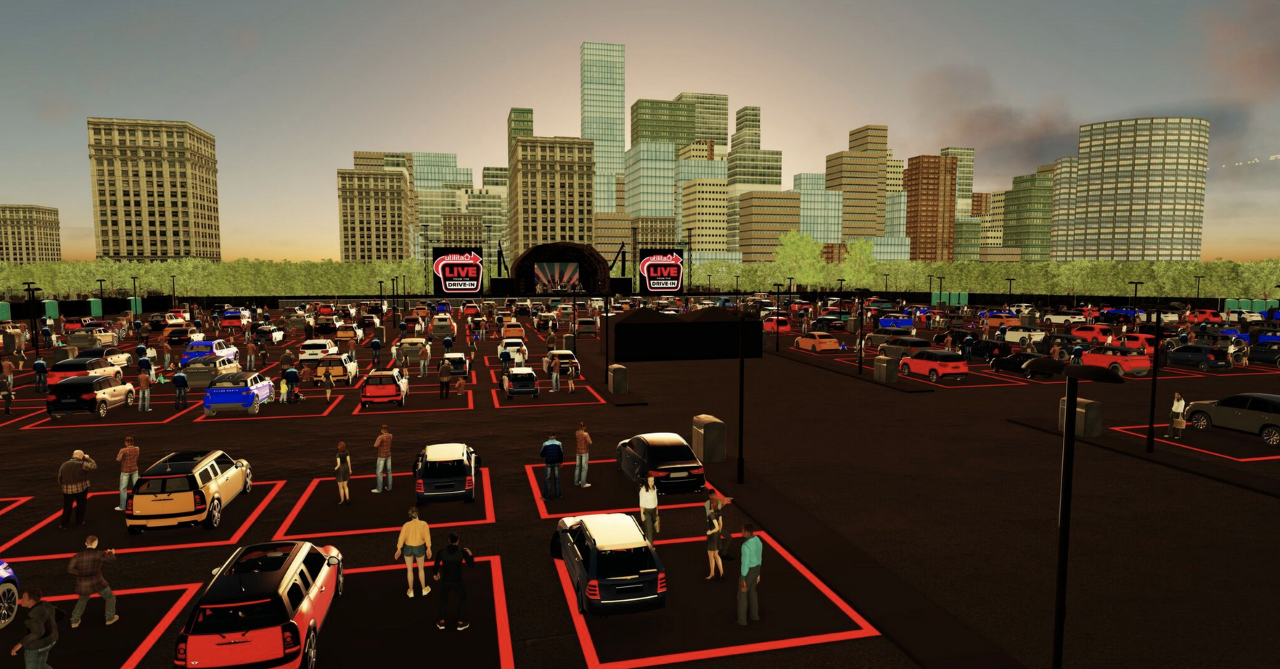 “We are delighted that SIX will spearhead the reopening of one of London and the UK’s most popular shows. With the industry in crisis, theatres struggling and some even going out of business, this drive-in event offers hope for the future and equally importantly, jobs for about 50 of our company including cast, musicians, stage managers, technicians and freelancers. We are using both our West End and UK touring casts, rehearsing and touring them in a bubble and having them work in teams of 6 (fortunate for us) as per the government guidance.”

From Tudor Queens to Pop Princesses, the six wives of Henry VIII take to the mic in SIX to tell their tales, remixing 500 years of historical heartbreak into a 75-minute celebration of 21st century girl power. These Queens may have green sleeves but their lipstick is rebellious red.

SIX is written by Toby Marlow and Lucy Moss, with Direction by Lucy Moss and Jamie Armitage, Choreography by Carrie-Anne Ingrouille, Set Design by Emma Bailey, Costume Design by Gabriella Slade, Lighting Design by Tim Deiling, Sound Design by Paul Gatehouse, and Musical Orchestration by Tom Curran. The Musical Supervisor is Joe Beighton and the Musical Director is Katy Richardson.