These will be the final titles to be shared for free via YouTube in this period, though future digital activity to connect with audiences in the UK and beyond is planned, with further details to be announced soon.

The productions will be broadcast each Thursday at 7pm BST for free and will then be available on demand for seven days.

Titles added to the programme today include A Midsummer Night’s Dream from the Bridge Theatre, alongside Small Island, Les Blancs, The Deep Blue Sea and Amadeus from the National Theatre. 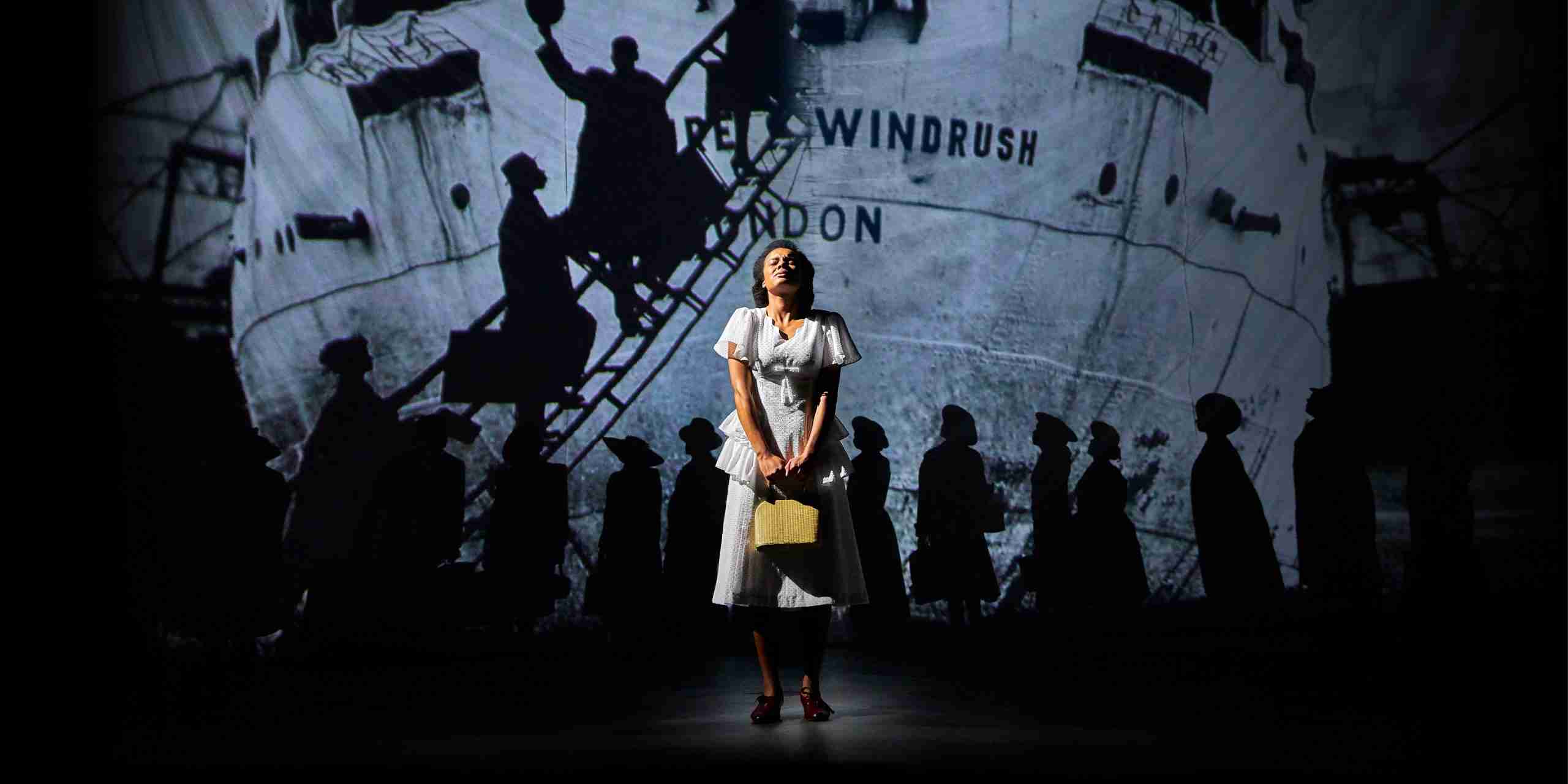 Directed by National Theatre Director Rufus Norris and adapted by Helen Edmundson (Coram Boy, War and Peace), Small Island embarks on a journey from Jamaica to Britain, through the Second World War to 1948 – the year the HMT Empire Windrush docked at Tilbury.

The play traces the tangled history of Jamaica and the UK through three intricately connected stories. Hortense (Leah Harvey) yearns for a new life away from rural Jamaica, Gilbert (Gershwyn Eustace Jr) dreams of becoming a lawyer, and Queenie (Aisling Loftus) longs to escape her Lincolnshire roots.

This timely and moving story played on the Olivier stage featuring a company of 40 actors. The production coincides with Windrush Day on the 22 June 2020.

On 25 June 2020, the National Theatre will stream A Midsummer Night’s Dream captured live from the Bridge Theatre in 2019.

The 2016 archive recording of Lorraine Hansberry’s (A Raisin in the Sun) drama Les Blancs, will be streamed on 2 July 2020.

Directed by Yaël Farber, this powerful play confronts the hope and tragedy of revolution when a family and a post-colonial African nation fall apart under the pressure to determine their own identity.

Carrie Cracknell’s critically-acclaimed production The Deep Blue Sea, will be streamed on 9 July 2020.

This devastating masterpiece by Terence Rattigan, sees Helen McCrory playing one of the greatest female roles in contemporary drama.

Filmed live from the Lyttelton Theatre in 2016, The Deep Blue Sea tells the story of a woman’s tempestuous affair with a former RAF pilot and the breakdown of her marriage to a High Court judge.

The 2016 National Theatre production of Peter Shaffer’s Amadeus, will be streamed on 16 July 2020.

This iconic drama, which first appeared on the National Theatre stage in 1979, stars Lucian Msamati as Antonio Salieri and Adam Gillen as Wolfgang Amadeus Mozart.

Awestruck by Mozart’s genius, Court Composer Salieri has the power to promote his talent or destroy it. Seized by obsessive jealousy he begins a war with Mozart, with music and, ultimately, with God.

Small Island, The Deep Blue Sea and Amadeus will also be available on YouTube with Audio-Description.

Each title will also feature additional content alongside the production available on the NT’s YouTube channel for audiences to engage further with the work.

For Small Island and Les Blancs, NT Dramaturg Ola Animashawun will be curating content that explores these plays in the context of the current global conversation around race and their potential to provide meaningful and timely contributions to that discourse.