PLANET OF THE APES

The sci-fi adventure that launched a global franchise, Pierre Boulle‘s 1963 sci-fi classic Planet of the Apes has now been given a timely new release courtesy of The Folio Society, accompanied by David de las Heras’ spectacular artwork and a thought-provoking introduction by primatologist Frans de Waal.

To celebrate the release, we caught up with artist and illustrator David de las Heras to discuss his work on the new edition, the creative process and his career to date. 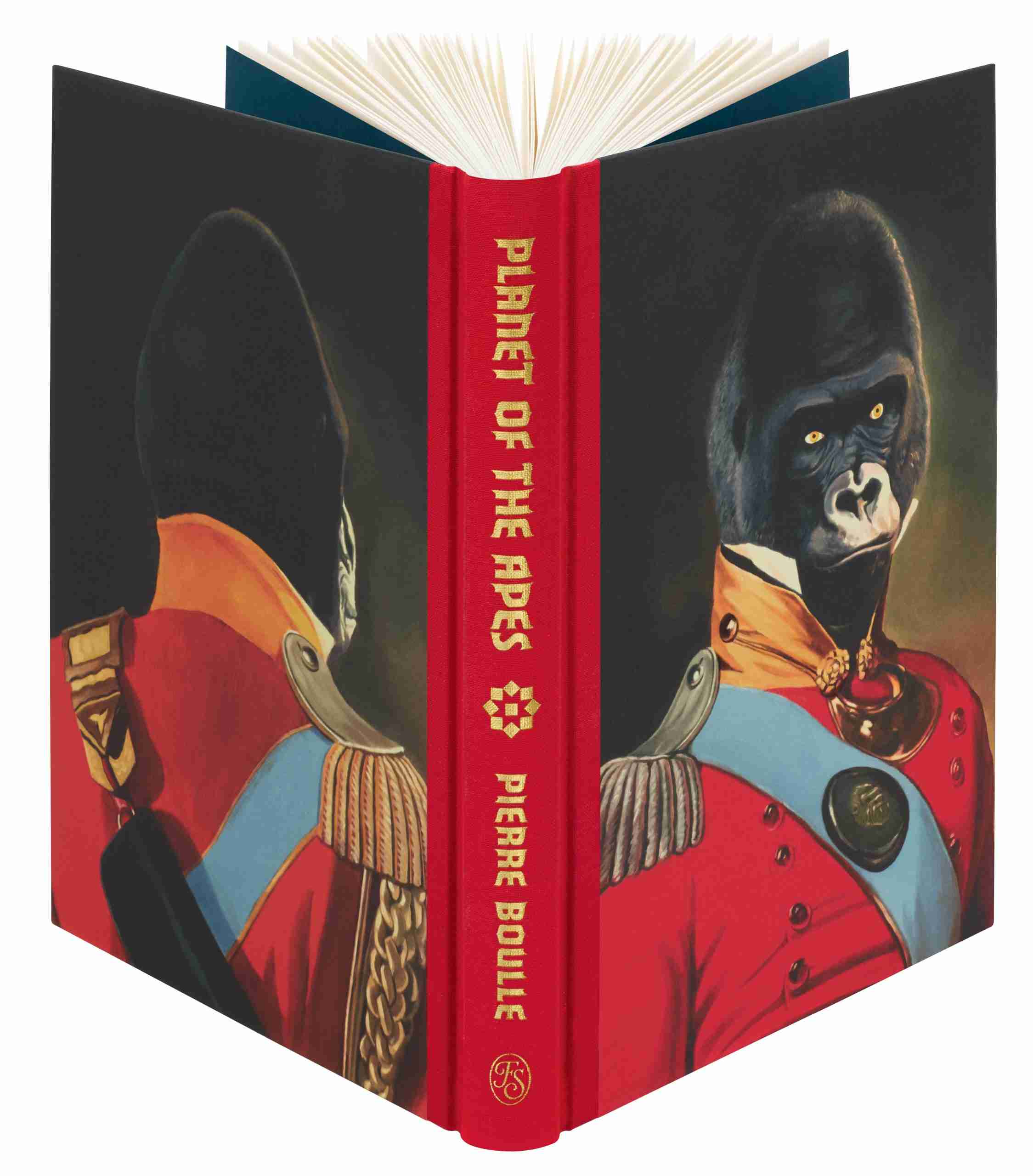 Tell us a little about your background? How did you get started in the industry?

I started in the industry not so long ago, a few years only. Before that I spent most of my time working as a painter in my studio in Bilbao, I had some solo exhibitions in Spain, Germany, and Portugal, but this wasn’t enough for me. I wanted to have a closer experience with the people, so I decided to become an illustrator. This way I thought that my art would be more accessible for the audience.

All my life I have been connected with art and illustration. Since I was a child my father taught me to draw and paint, he always loved art and comics and was an inspiration to me.

My agency in London, Central Illustration Agency, came to me with a proposal for this beautiful project. It was a dream come true because The Folio Society is one of the best publishing houses in the world.

Had you read Planet of the Apes before you were asked to work on this edition?

No, I didn’t know there was a novel of the Planet of the Apes before they asked me to work in this project. I only knew of the movie and to discover the book was a very beautiful surprise. 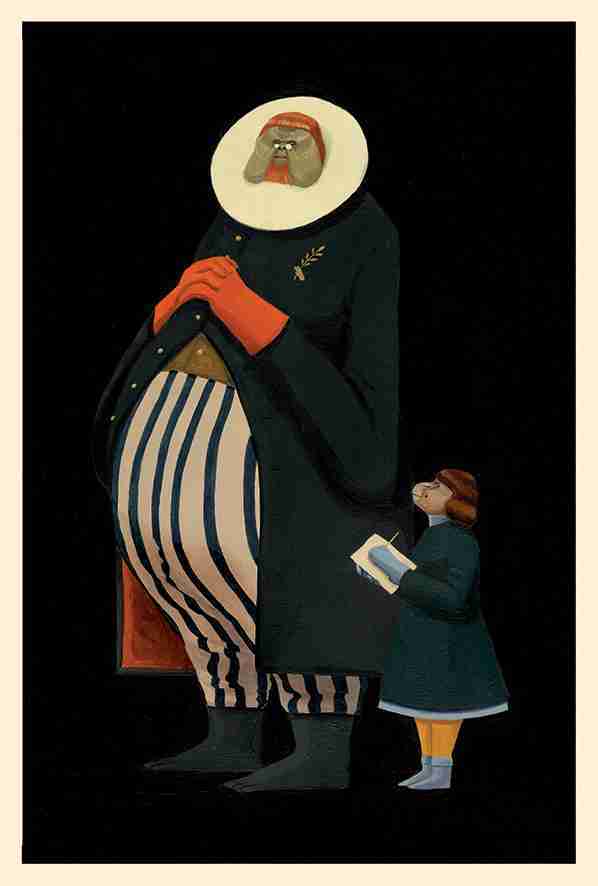 I try to modify the way I create my illustrations depending on the project I have to work on. But if I have to say something about my style there are some elements that feature regularly – it is colourful, painterly and a mixture of old fashion styles with some contemporary elements.

How did you decide which parts of the novel to illustrate?

I decided to illustrate the parts of the novel that inspired me the most.

Did you take inspiration from any of the film adaptations?

I tried not to take any inspiration from any of the film adaptations. I thought that to do this would be the wrong direction to go. I took the chance to make something new, to build new roads for the readers.

Can you talk us through your illustration process? How do you prepare and what materials do you work with?

First of all, I make some pencil sketches to decide the composition and the concept behind the image. After that, I choose a chromatic selection. If the sketches are accepted, I start the final illustration with plastic paint, a thin layer of this, this way the oil paint can work on paper. In the end I scan the illustration and make some corrections in Photoshop.

Who would you say have been your main inspirations and influences throughout your career?

My main inspirations and influences come from the cinema. From it, I take most of my imaginary. But also a lot of painters – from Velazquez to Goya, from Magritte to David Hockney. 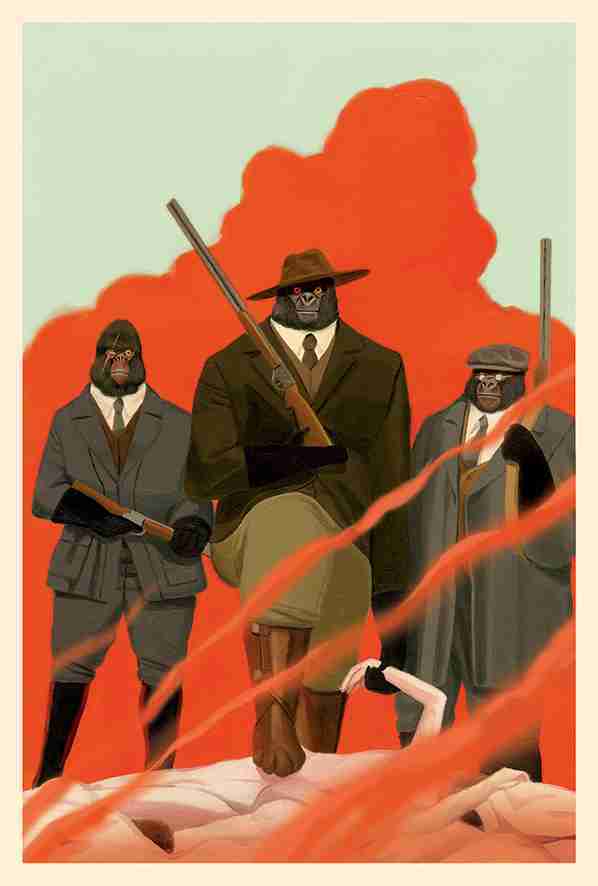 Find the perfect idea for the illustration.

What have been your favourite projects to date?

Planet of the Apes has been one of my favourite projects. Also, the cinema posters I have done during my career, especially the ones I made for Cinema Jove in Valencia.

That you have to be patient and try to find exactly what do you want to achieve with your illustration career, there are a lot of ways where you can find your place. And there is a phrase from the philosopher Epiculus that works for me always, ‘Skillful sailors gain their reputation from storm and tempests’.

The Folio Society edition of Pierre Boulle’s Planet of the Apes, translated by Xan Fielding, introduced by Frans de Waal and illustrated by David de las Heras, is available exclusively from www.FolioSociety.com