New trailer released for 4K restoration of ‘THE ELEPHANT MAN’, back in cinemas on 13 March 2020!

To mark the 40th Anniversary of its original theatrical release, Studiocanal has announced the release of the first ever 4K and Ultra HD version of David Lynch‘s critically acclaimed masterpiece, THE ELEPHANT MAN, which will return to cinemas in a  newly restored print on 13 March 2020, and be released on Digital, DVD, Blu-ray and a 4K UHD Collector’s Edition (with a 64 page booklet and art-cards) on 6 April 2020.

The new 4K restoration of THE ELEPHANT MAN was carried out at L’Immagine Ritrovata (Bologna and Paris) under the supervision of David Lynch, who also personally curated the colour correction which took place at Fotokem (Los Angeles).

The restoration was created from the Original Camera Negative with the latest HDR 16bit workflow used in order to obtain the best possible result. As a result, the black and white image has been restored to its original look. 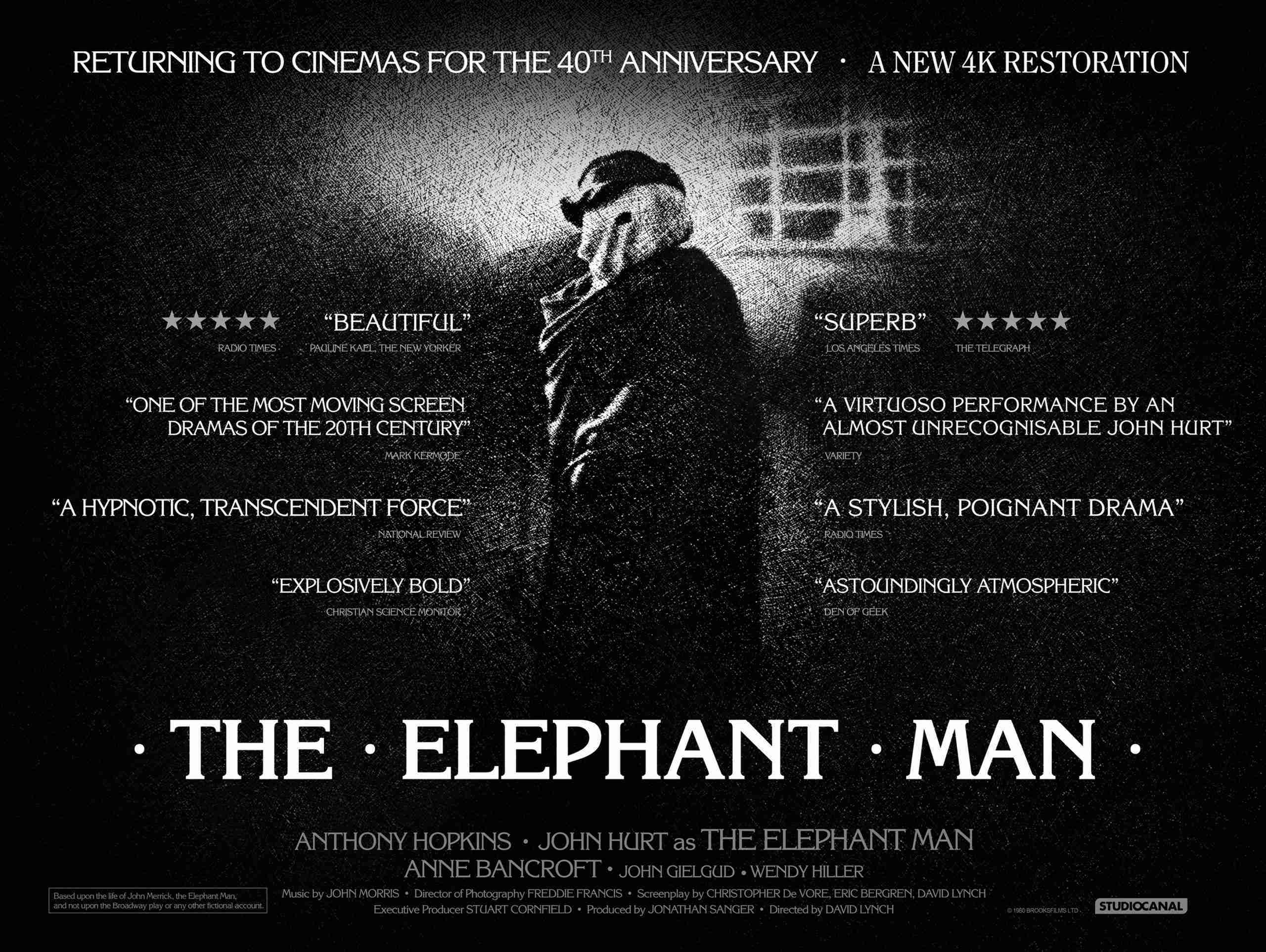 John Merrick (John Hurt) is The Elephant Man, forced into becoming a circus sideshow freak and spurned by society due to the disfiguring disabilities he was born with. Rescued by a well-meaning surgeon (Anthony Hopkins), he escapes a life of prejudice and cruelty as he tries to fit into a world ruled by Victorian sensibilities. With news of Merrick quickly spreading, he becomes a celebrated curiosity amongst London’s upper class, including with the famed actress Mrs. Kendal (Anne Bancroft). Despite being treated somewhat more humanely, the question becomes whether Treves’ actions are in fact a just a further form of exploitation of Merrick.