Jason Donovan & Jac Yarrow to return to ‘Joseph and the Amazing Technicolor Dreamcoat’ for 2020!

Michael Harrison and the Really Useful Group have announced that Jason Donovan and Jac Yarrow will reprise their roles as Pharaoh and Joseph, respectively, in the smash hit new production of Tim Rice and Andrew Lloyd Webber‘s classic musical, Joseph and the Amazing Technicolor Dreamcoat, which returns to the London Palladium for a strictly limited 10-week season from Thursday 2nd July to Sunday 6th September 2020, following its triumphant sold-out season this year. 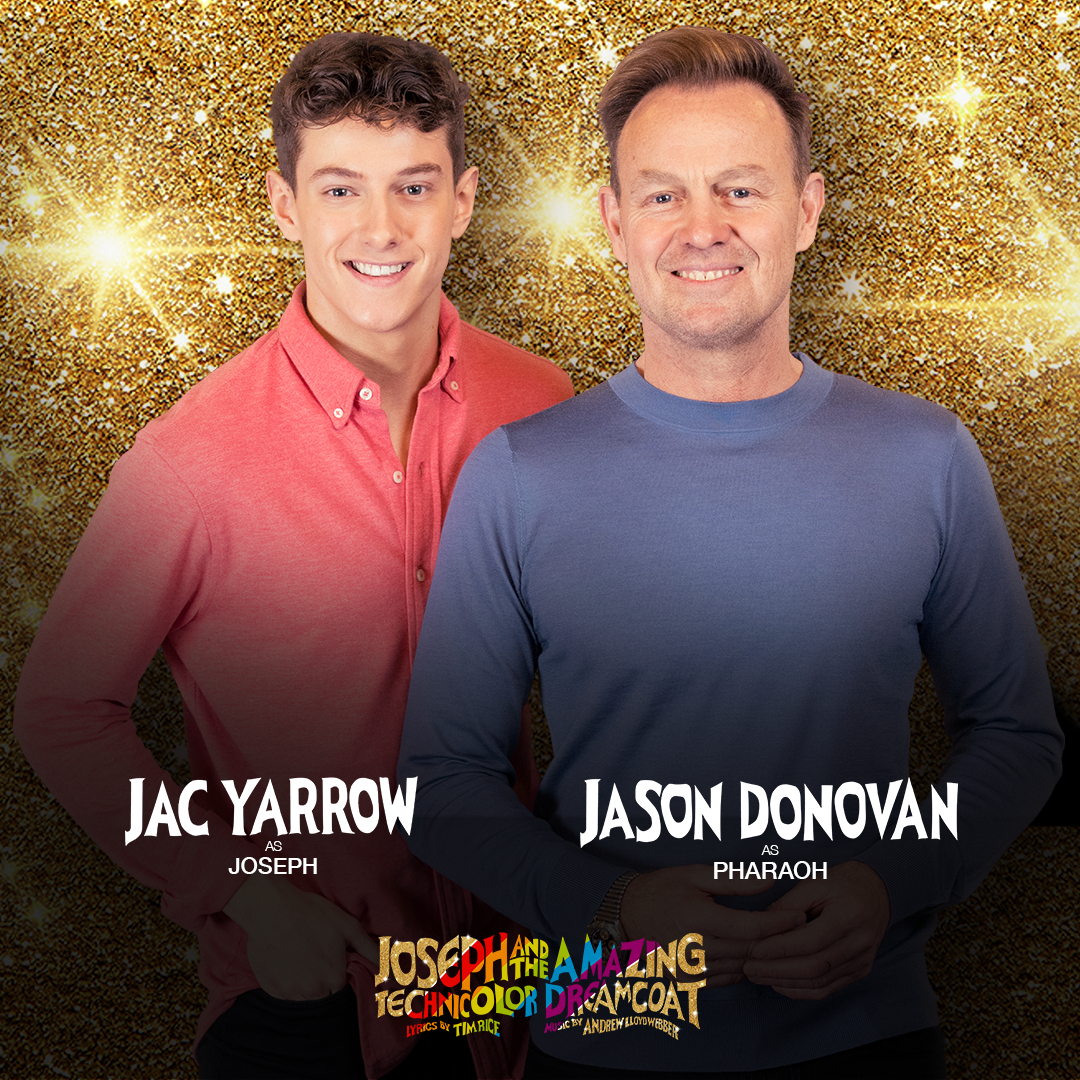 “Following on from the success of this year’s awesome, reimagined version of Tim Rice and Andrew Lloyd Webber’s Joseph and The Amazing Technicolor Dreamcoat, I’m delighted to be returning in the summer of 2020 to reprise my role as the Pharaoh. This year was an absolute joy. Joseph has such a special connection with its audience and it has a huge emotional connection for me. Quite simply the show is pure musical magic. To be able to lean on the past yet build something new for the role of Pharaoh is an opportunity that cannot be done just once, and for performer or audience member alike, it just doesn’t get much better than the Palladium experience. Joseph. Palladium Summer 2020. Bring It On!”