Hawkwind kick off their 50th Anniversary tour at the Theatre Royal Brighton this Sunday!

Joining the band for the ride at select dates are legendary solo artist Jah Wobble and Motörhead’s Phil Campbell. Wobble will accompany the band at their Manchester and London shows, with Campbell also joining them in London as well as Cardiff. 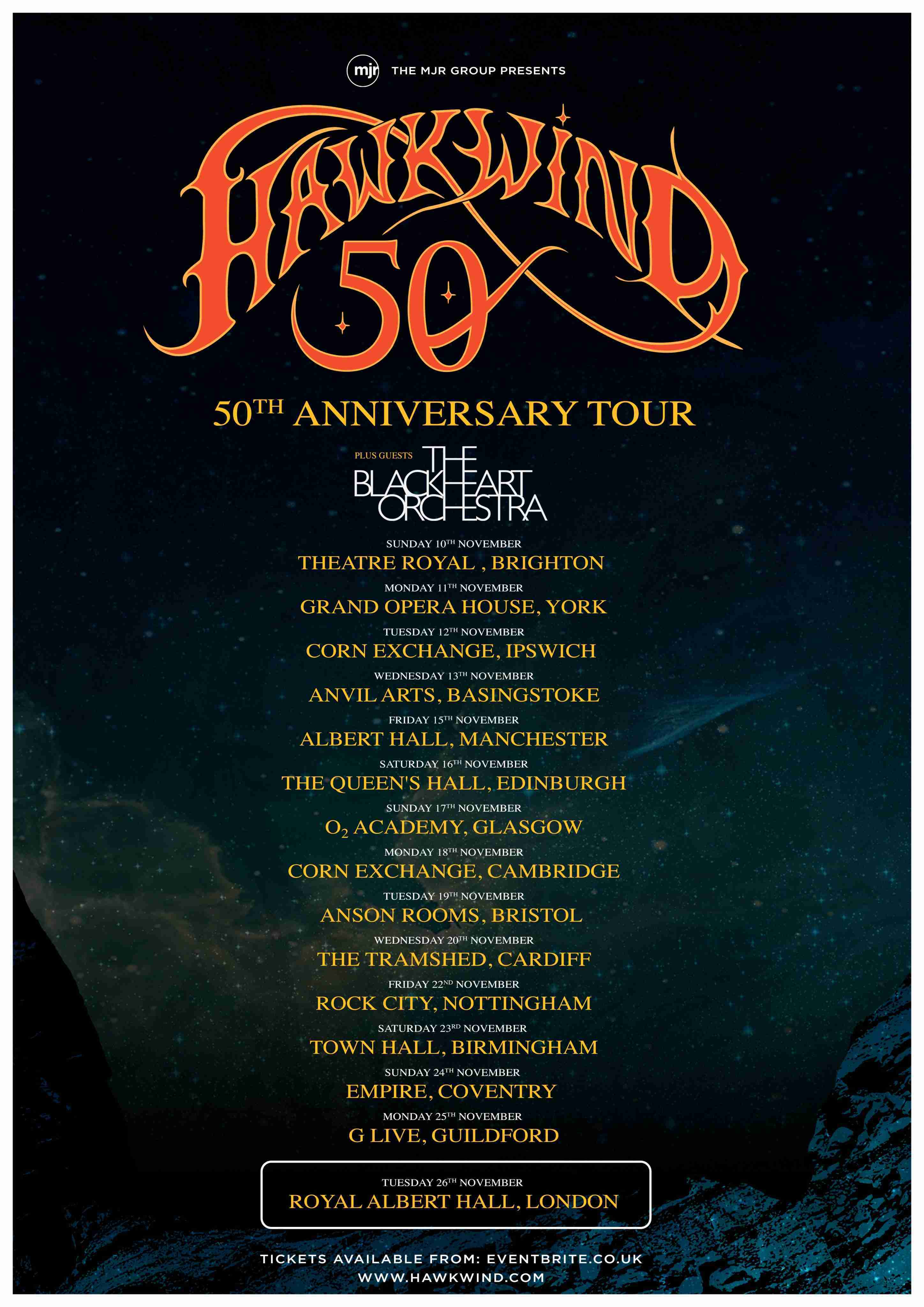 Ahead of the tour the band said:

“Hawkwind are happy to confirm a series of UK Tour Dates leading up to their 50th Anniversary Celebration Concert at the world famous Royal Albert Hall, London in November. The legendary pioneers of space rock will be performing across the UK in celebration of half a century of their musical journey so far. This tour follows on from an incredible 2018 which saw them tour their groundbreaking production, “In Search of Utopia – Infinity and Beyond”, to sell-out audiences in the UK.”